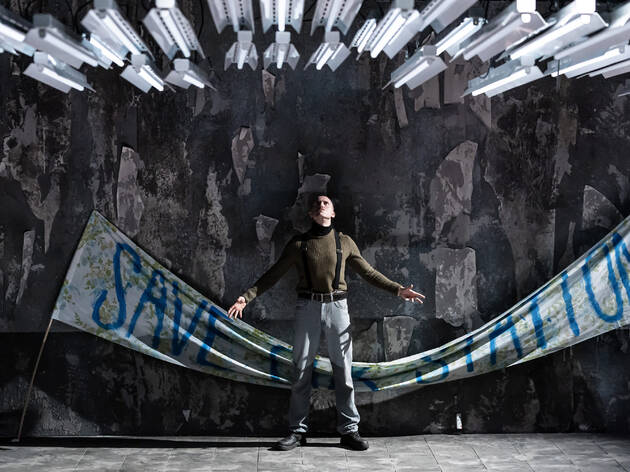 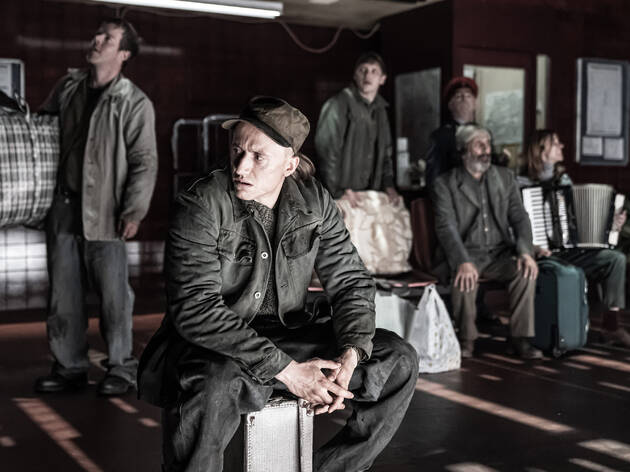 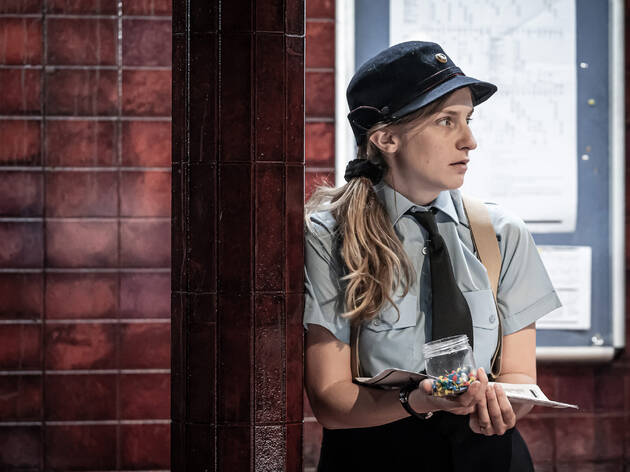 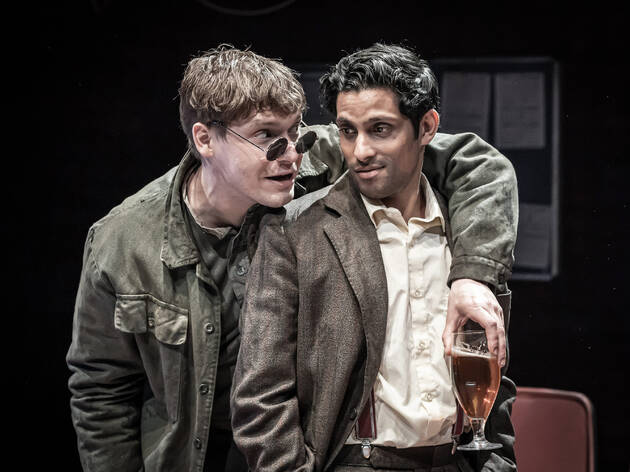 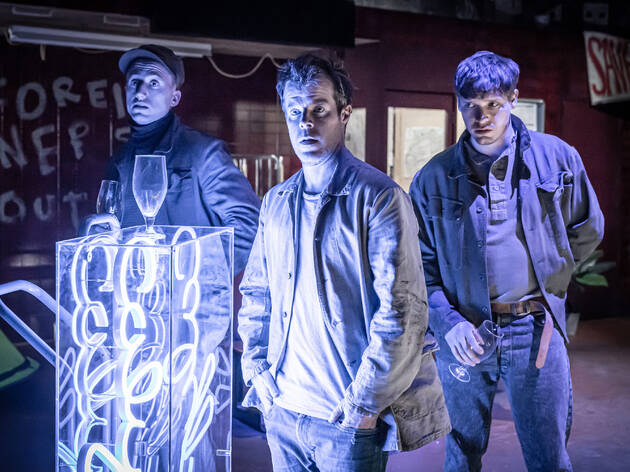 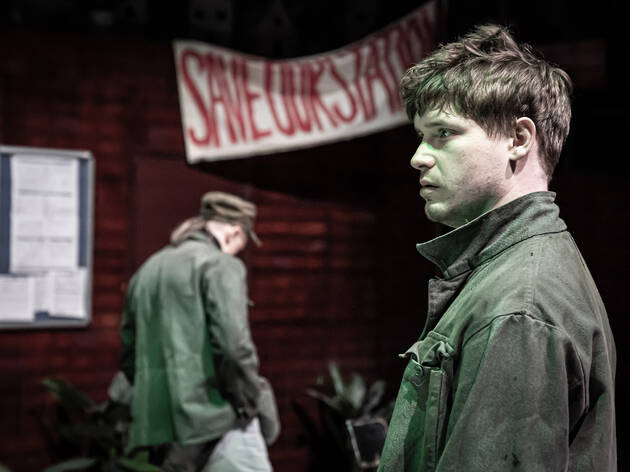 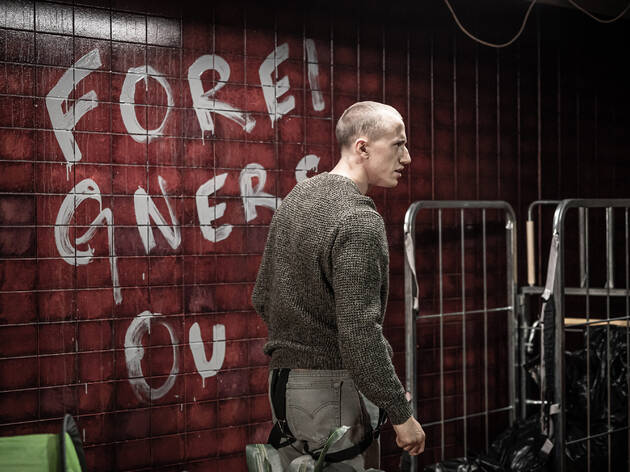 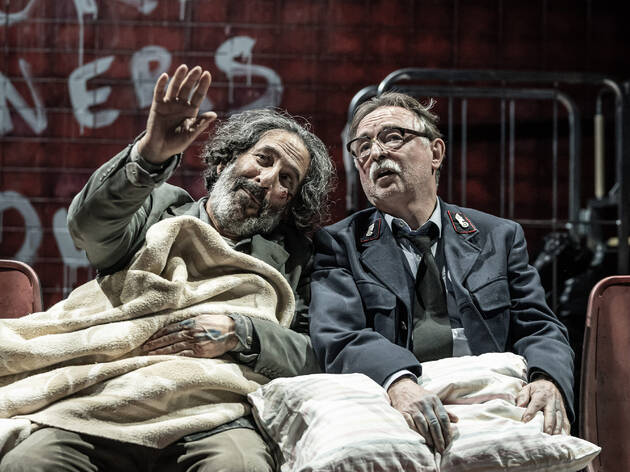 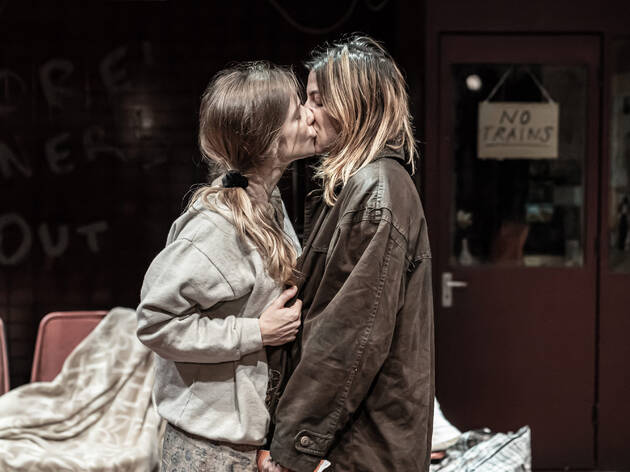 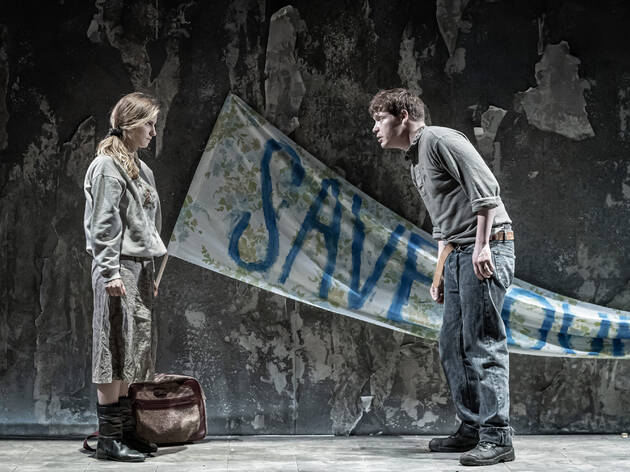 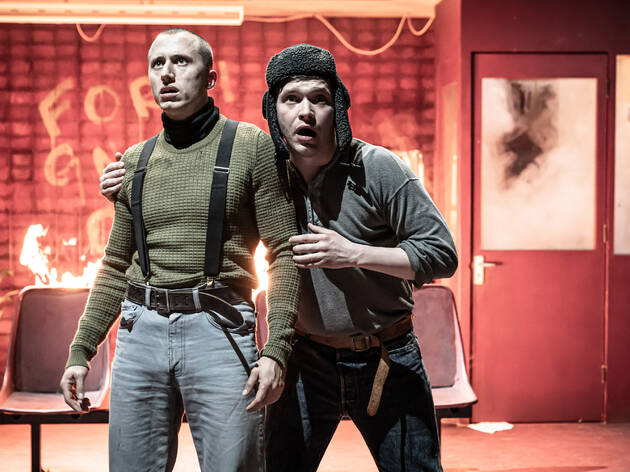 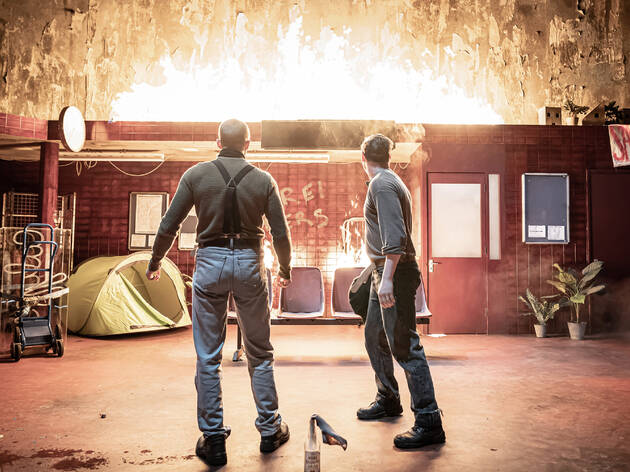 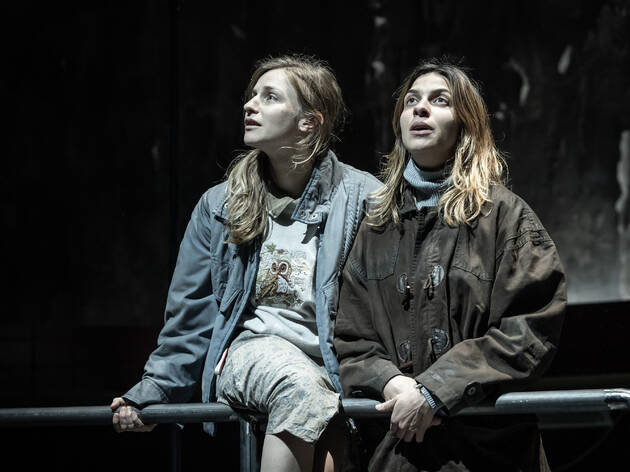 If you needed reassurance that Britain’s current existential hissy fit will pass into history, then check out David Greig’s 25-year-old play ‘Europe’, revived and directed by Michael Longhurst as the opener to his first season at the Donmar.

The original context of the play was the breakup of the former Yugoslavia, an event that virtually defined Europe’s '90s and now feels like the deep past.

But Greig – using the sort of elliptical dialogue and wilful non-specificity that has characterised his work over the decades – had pretty much futureproofed a play that had domestic resonances then and sure as hell has them now.

In a shithole town that appears to be both somewhere in Mitteleuropa and – judging by the accents – Yorkshire, a pair of refugees are waiting at a station where for some reason no trains are stopping. At first, stationmaster Fret (Ron Cook) is horrified that surly Katia (Natalia Tena) and her affable dad Sava (Kevork Malikyan) are taking up space. But there are no rules banning it, and as time wears on the pair become discreetly integrated into the nameless town. Fret and Sava bond, while Katia strikes up a tentative romantic relationship with junior station employee Adele (Faye Marsay).

As the town’s severing from the train timetable becomes official and permanent, conditions deteriorate. The young men of the town have lost their jobs in the local factories. One of them gets out of there, by bus. His friends slide into boozy racism. Adele dreams of trains, and pumps the moody Katia for information on her distant homeland, which has ceased to exist. Fret and Sava start a protest about the closure of the station.

It doesn’t take any stretch of the imagination to work out that Longhurst has programmed this play as a response to Brexit. At the same time, his steely production never feels especially on the nose. The odd detail aside, this could easily be some fading British industrial town taking a dim view of a pair of Syrian refugees. But it was ever thus: Greig was clearly making much the same observation back in 1994.

Although there is a wilful cipher-ishness to most of the characters, it is a fine and feeling ensemble, all of whom infuse their roles with real emotional charge. Everyone here is wavering frantically between hope and despair.

And Longhurst has assembled a wonderful technical team. Ian Dickinson’s sound design is phenomenal: it has to be when the entire first half builds to the noise of a train roaring past like an alien craft promising a wider universe. And Chloe Lamford’s design is brilliantly deceptive: for the most part the stage is a shabby hole, with bits of DIY-ish scenery drolly wheeled on and off. But in the last five minutes... well, let’s just say she probably spent most of her budget on the last five minutes.

Mostly, it’s a play that really stands up. If the violent climax perhaps betrays the fact that it was written by a young man during the in-yer-face era, it is remarkable how strong and complete ‘Europe’ feels. It is a play about the fragility of the smear of civilisations in our corner of the world. And it is deeply romantic: about the grandeur of interconnectedness, the potential of escape, of Europe endless, endless endless endless endless.