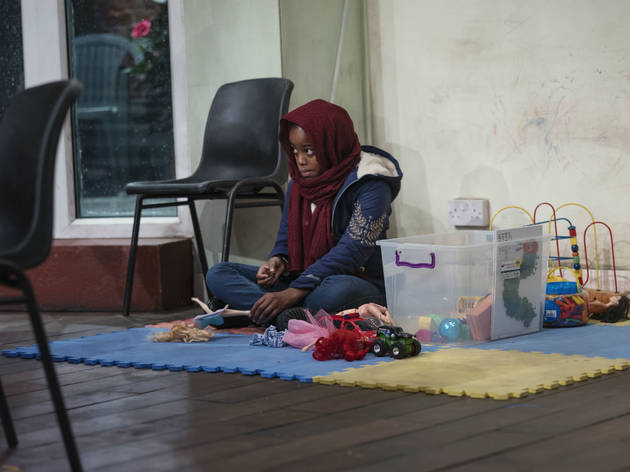 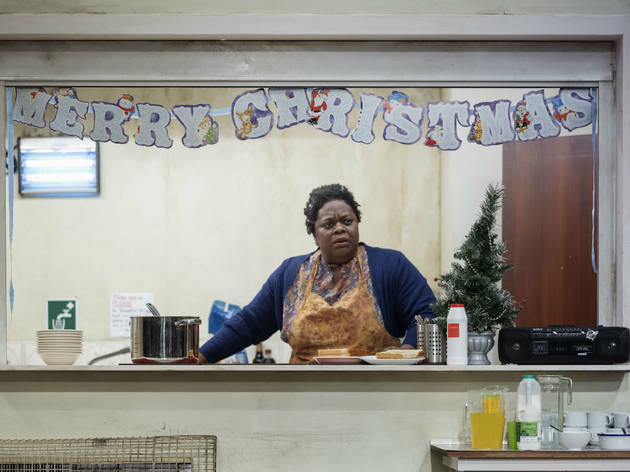 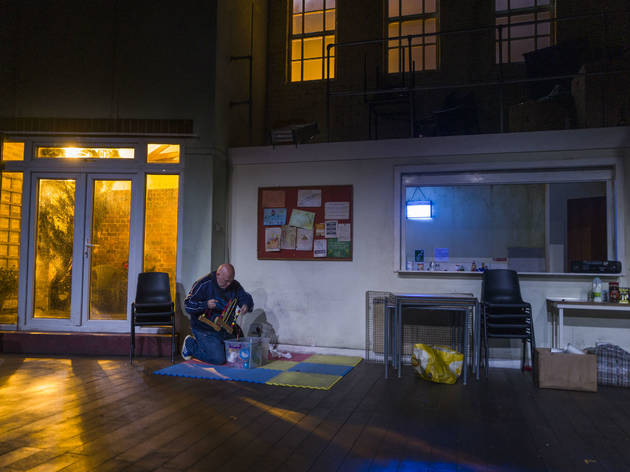 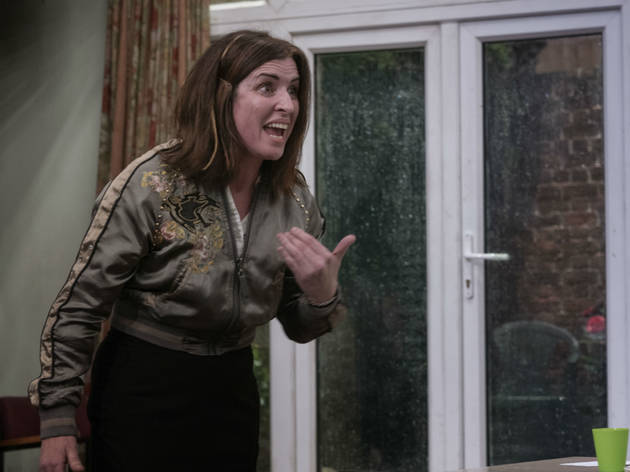 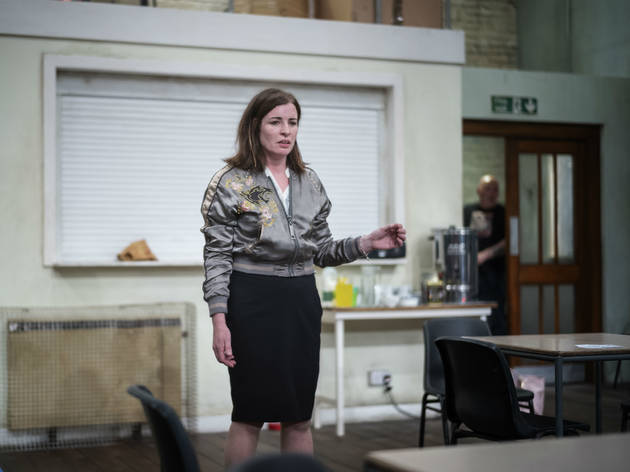 In theory, there’s something unavoidably worthy about the work of Alexander Zeldin, the writer/director who has earnestly and astutely chronicled the age of austerity for the National Theatre.

But his plays are about more than middle-class guilt and taking your medicine. They radiate warmth, care and belief in people.

Like its predecessors ‘Beyond Caring’ and ‘Love’, Zeldin’s third NT play ‘Faith, Hope and Charity’ is about a fragile temporary community in 2010s England: in this case, a struggling community centre and foodbank, with a leaky roof that the council won’t fix, and developers snapping at its heels. Its trajectory as a story is ultimately not desperately happy. And yet it’s less about these characters’ suffering, much more about their resilience.

From the affable, clumsy Mason (Nick Holder), who we meet on his first day at the centre, volunteering with the big-hearted but careworn Hazel (Cecilia Noble), though to the vulnerable people they help – foremost Susan Lynch’s desperately brittle Beth – everyone is united by their essential well-meaningness, and their genuine need and thankfulness for the meagre resources provided.

There’s less a plot than a sort of delicate, bittersweet texture: we learn relatively little about most of these people’s lives, even Hazel and Mason’s, seeing them only in brief intersections with the centre as it’s gradually wound down. It is a testament to these places that they can do so much good, with so little. And for that reason it’s all desperately sad, albeit elegantly, understatedly so. If these people are victims, it’s because we know we’ve failed them, rather than because they ever wallow in despair.

It is also a beautifully gauged production: the cast is exemplary, especially Holder, Noble and Lynch, each bringing a tremendous depth to characters who always remain resolutely outside of cliche. And there is wonderful work from the creative team, especially designer Natasha Jenkins: in her almost hyperreal design, the Dorfman becomes the community centre, engulfing us, swallowing us and startling us as the lights go on dazzling bright or switch off to total blackout.

I suppose the fear with Zeldin is that it’s poverty porn. He is the writer of his own work, but it’s based on a research-intensive workshopping process: there is little doubt that we’re seeing fictionalised versions of real lives, presented to us in a plush London theatre where you can drop £50 on a ticket. Is it anthropology, the lives of the poor presented as improving entertainment? It’s a worry, but ultimately, I think not: these stories are worth telling because they’re good stories, ones that offer representation for a vast swathe of society that’s usually either untouched or sensationalised by theatre and film. I chatted about this briefly to the woman sat next to me, who it turned out was the direct inspiration behind the character of Beth. She thought it was great, which is good enough for me.