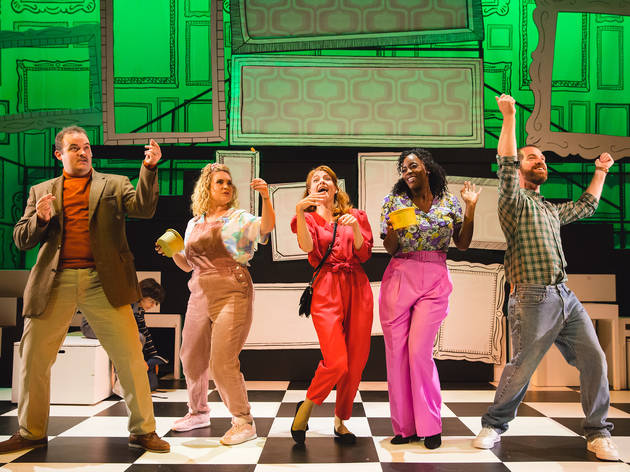 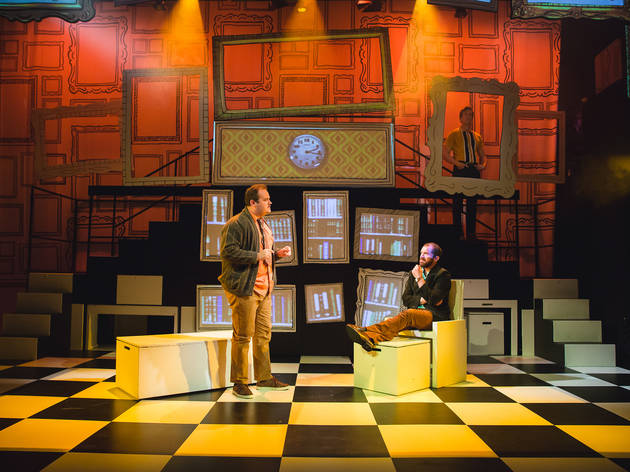 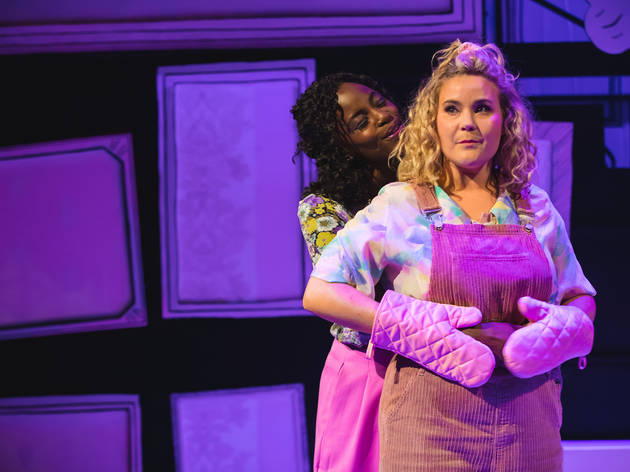 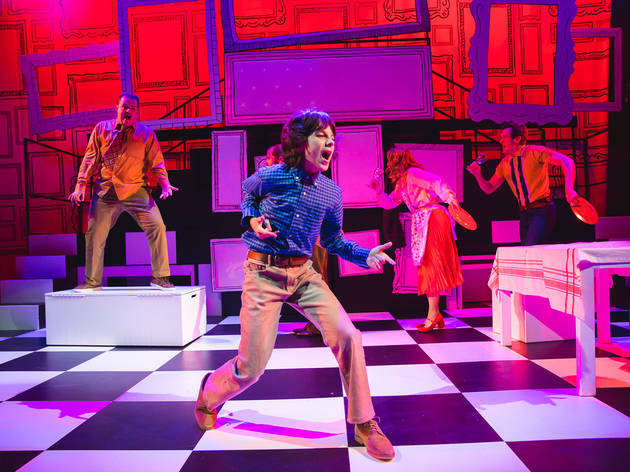 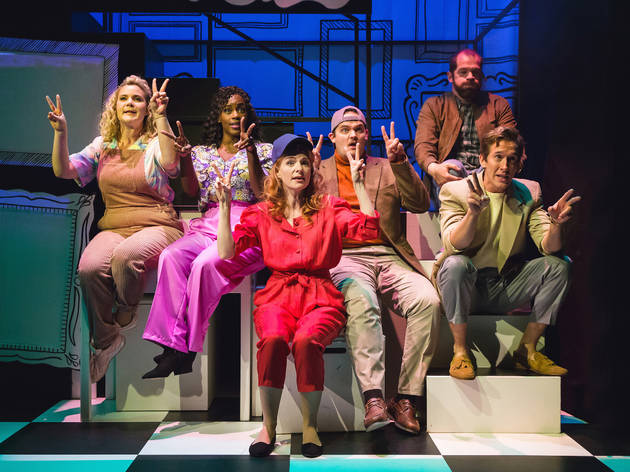 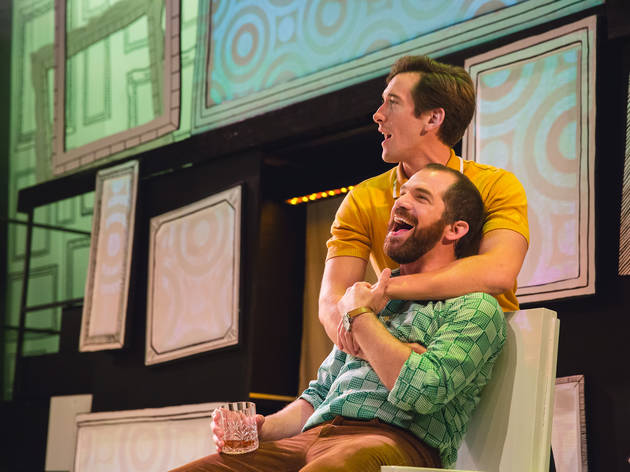 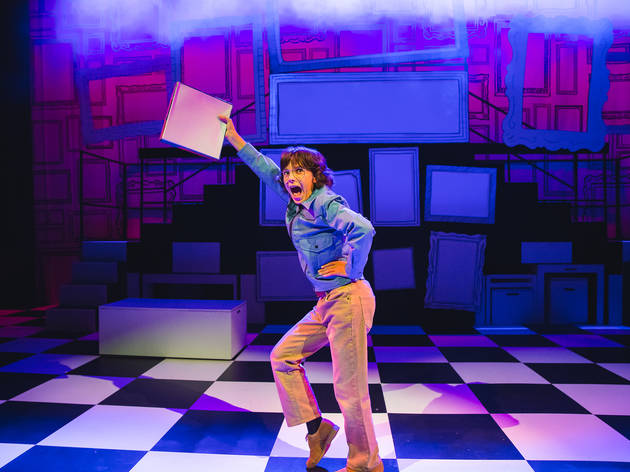 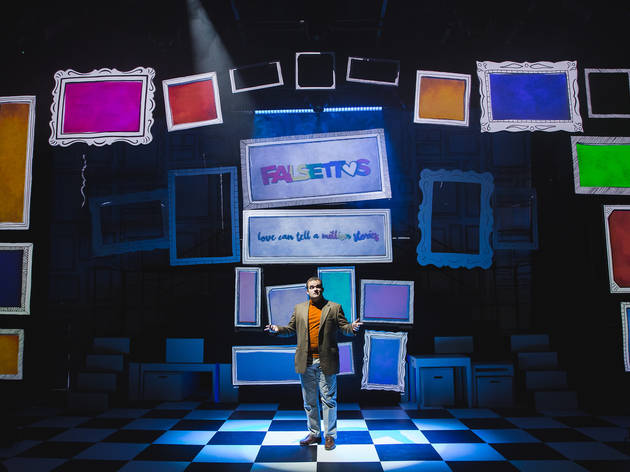 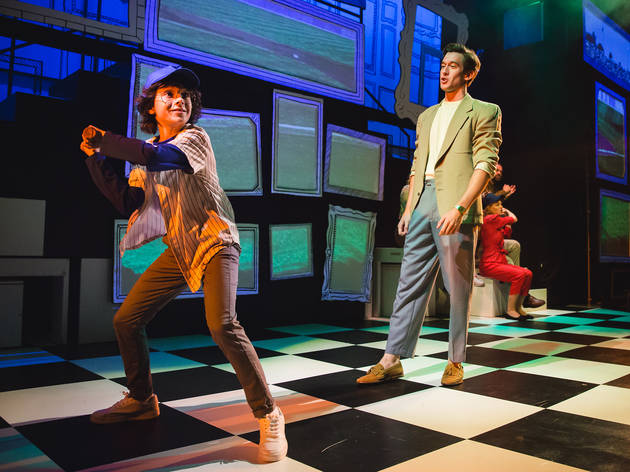 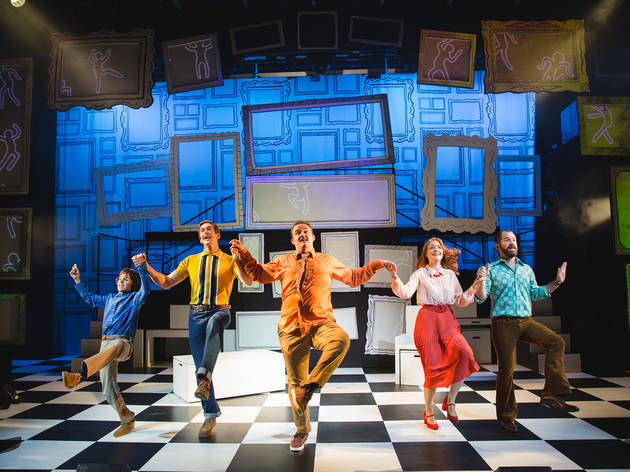 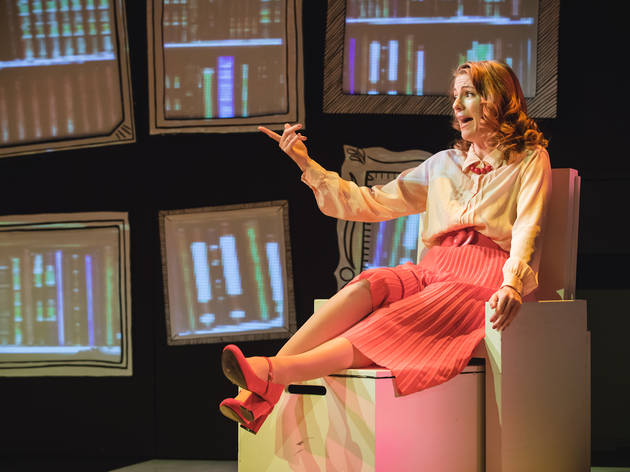 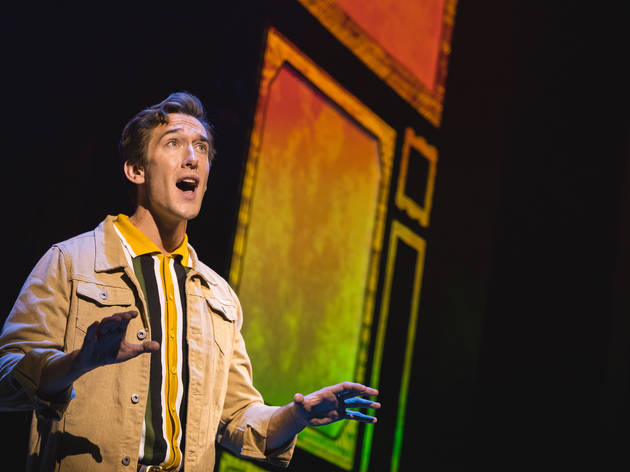 When it premiered in 1992, tangled alternative family relationship musical ‘Falsettos’ struck all the right notes with Broadway audiences, winning two Tony Awards. It hasn't been revived much since, perhaps because it’s a wayward thing. This slickly commercial UK premiere doesn’t do much to make sense of its strangeness.

Written by William Finn and James Lapine, its two acts started out as standalone musicals. They were conceived as sequels to the duo’s first show, ‘In Trousers’, which kicked the story off; it's not included here, which means the audience gets plunged straight into a fascinating but often befuddling world of neuroses and romantic entanglements, set against a backdrop of Jewish traditions.

It’s set in 1979, where Marvin, his wife Trina and his lover Whizzer are living in unhappy balance; it’s all for the benefit of ten-year-old Jason, who’s bewildered by his parents’ unconventional set-up. Then Trina falls for Marvin’s shrink.

With its microscopic focus on the resulting emotional shades of irrational jealousy, lust and jealousy-induced bickering, ‘Falsettos’ is very Sondheim. But whereas Sondheim’s ‘Follies’ got a devastating, stripped-back production at the NT that let the emotions shine out, this production goes for all the standard trappings of touring musical theatre. The set is a fiddly array of digital screens in naff primary shades, the costumes are artificially bright, and director Tara Overfield-Wilkinson stages its domestic scenes with a cumbersome array of sliding furniture.

Selladoor Productions’ controversial approach to casting ‘Falsettos’ is a less visible setback, but it heightens the sense of this as something ersatz, or inauthentic. It is a very Jewish story, full of in-jokes and sung Hebrew and neighbours bearing gefilte fish. The quips about Jewish people being bad at sport land weirdly when you know that there’s not a single Jewish cast or crew member involved. And this lack of authenticity extends to the show’s central some ‘March of the Falsettos’, too; the choreography is full of exaggerated limp wrists that feels uncomfortable, performed by male cast members who aren’t noticeably camp.

If the first act of ‘Falsettos’ feels jarring, the second act grows in both fluency and poignancy. Instead of curving in on itself, the narrative moves forward to tackle the ’80s Aids crisis, letting individual performances shine; Joel Montague is wonderfully voiced as psychotherapist Mendel, and Albert Atack is compelling to watch as young Jason, precocious but never cloying, as he prepares for a fraught bar mitzvah.

This beautifully sung production is a reminder that ‘Falsettos’ deserves to be better known; its knotty, prophetic explorations of queer family shine out, even in a production that’s (metaphorically, not literally) a little off-key.