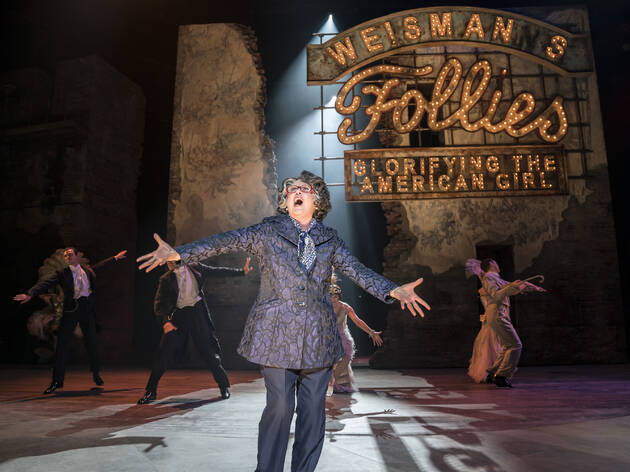 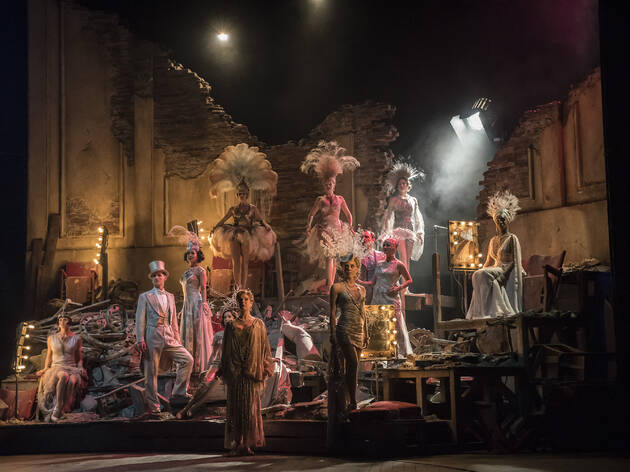 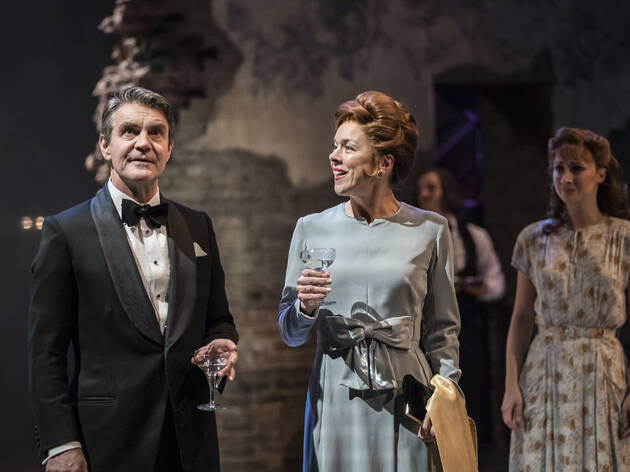 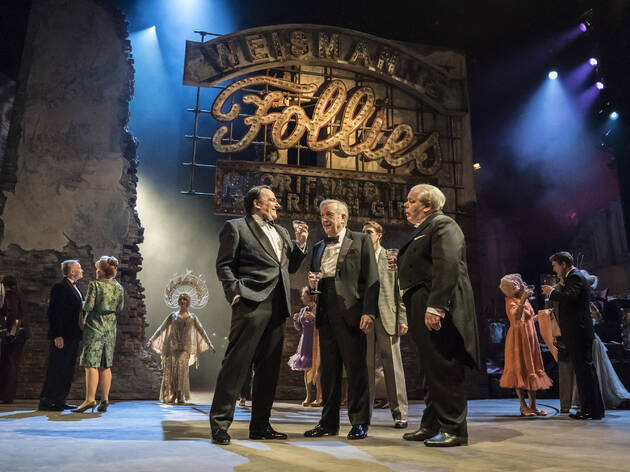 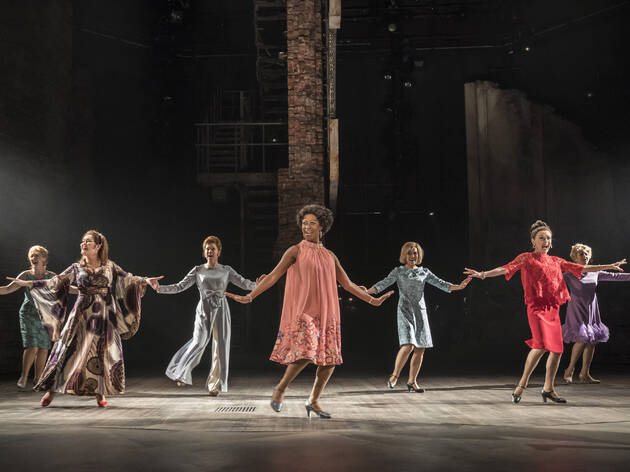 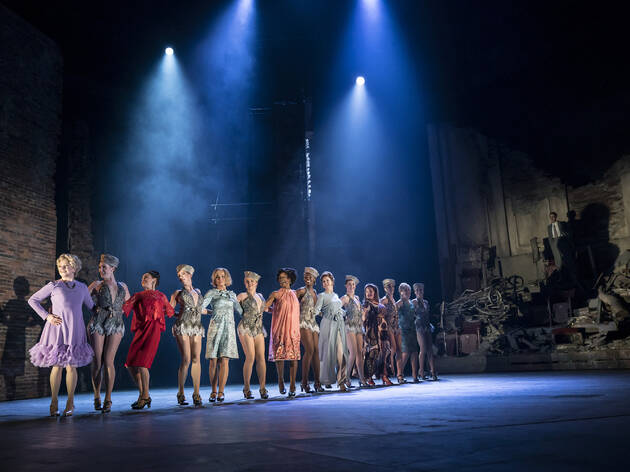 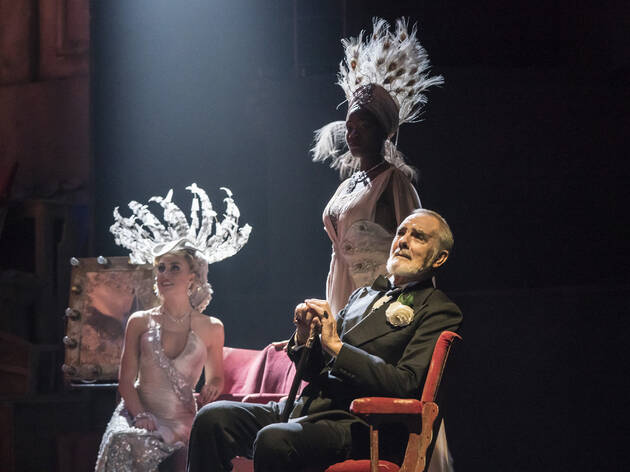 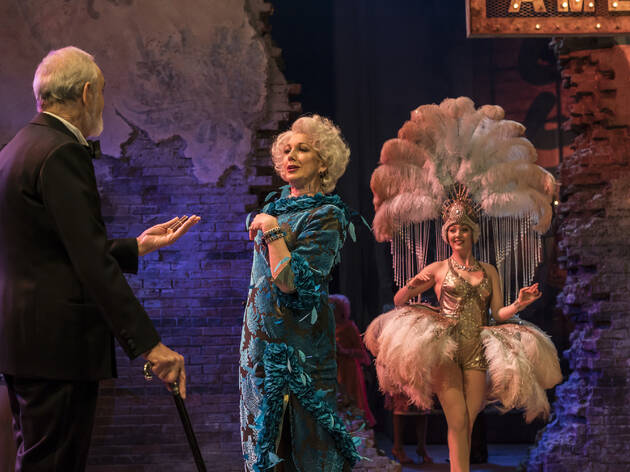 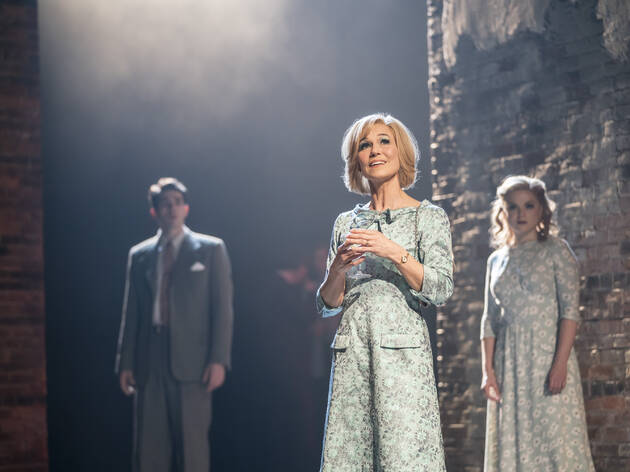 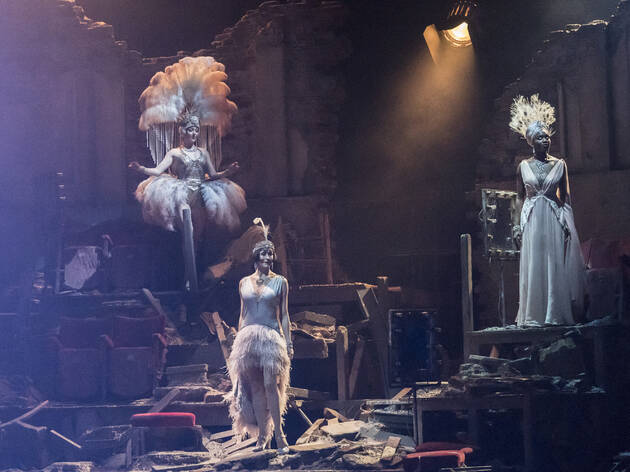 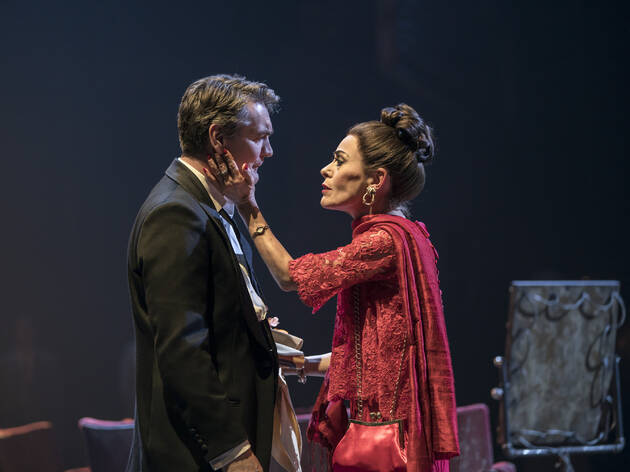 ‘Follies’ returns to the National for an encore, and it’s as dazzling as it was before

Well, hello perfect! Great shows are rare; flawless ones happen only under a blue moon. But Dominic Cooke’s revival of this wry, classy American musical, back for an encore at the National Theatre, is both of the above.

Go in your bleakest mood: I guarantee you will float out into a world where middle-aged bores look like romantic heroes, OAPs could tap-dance brilliantly at the drop of a hat, and just about everything seems a little bit Sondheim. Take your mum, take your grandmother, take your ex or go solo - just don’t miss this, it’s flawless.

The genius thing about Stephen Sondheim’s 1971 musical is that it starts at the end of love: the opposite of the golden-age musicals it looks back on, which tend to end at the start, with a quartet of youngsters high-stepping into the sunset. Its story – the merest wisp of a thing – is set in a ruined theatre that formerly housed dance revue ‘Weismann’s Follies’.

The occasion is a showgirls’ reunion. But the party is just a nostalgic, boozy excuse to assemble the most extraordinary troupe of ordinary women on stage. Once upon a time, they were Weismann’s ‘girls’. Now, they’re wisecracking post-menopausal dames with feet to cut loose, heartbreak to holler about, and philandering husbands to call out. And that’s it, essentially. Except for Sondheim’s music – hit after hit after hit, lavishly, emotionally, immaculately put together by the exceptional 40-strong ensemble and 21-piece orchestra – frequently while dancing backwards in heels.

And also his lyrics, which rewrote the American songbook, mix the champagne fizz of a Cole Porter ballad with a dash of ’70s NYC bitters, for a more grown-up, sophisticated taste. And the delicate, poignant glamour of Cooke’s staging: a spectacular, ghostly set, all ruined red plush chairs and rickety staircases, haunted by the silky, feather-plumed ghosts of the showgirls, and their wise-ass current incarnations, dancing rings around their younger selves. And the cast: all of whom would deserve a star writeup in ordinary circumstances.

This is an ensemble piece and a genuinely dazzling one, but you’ll spend much of your evening hanging out with the middle-aged quartet Sally, Phyllis, Ben and Buddy (Joanna Riding, Janie Dee, Alexander Hansen and Peter Forbes, all outstanding). For what it’s worth: Sally and Phyllis were roomies; Phyllis bagged ambitious Ben (now a wealthy do-gooder and crummy spouse); Sally got Buddy (a philandering salesman) but still loves/stalks Ben.

Their love rectangle is explored from every angle, especially via haunting interplay with their past selves (as Phyllis puts it, succinctly: ‘Lucy wants to do what Jessie does, Jessie wants to be what Lucy was’). That’s the real twisted love affair here for each of them, and indeed for Sondheim, in his wise-assed remake of the Golden Age musical (and indeed for anyone over the age of 30). That unrequited love affair with yourself is shatteringly illuminated in banger after musical-theatre banger – starting out in sly, wry, ‘Annie Hall’-ish New Yorkisms then accelerating through the reality barrier into hectic, Technicolor tragedy or farce.

Riding is heartbreaking and totally scary in her diva climax, ‘Losing My Mind’. And Janie Dee is outrageously brilliant in every respect – on press night, her fully juiced up revenge anthem, ‘Could I Leave You’, nearly prompted a Jerry Springer moment in the usually well-behaved NT audience. Their musical lives will get into your heart, and the lush music, hard-boiled lyrics and tight rhymes will get into your head. Use all your soft powers, queue for two hours, buy the usher fresh flowers – just go, go, go, go to this wonderful show!