The musical version of ‘Frozen’ is an awesome spectacle with more heart, depth and darkness than the film

The inscrutable, inept snow monster that ice mage heroine Elsa conjures to guard her palace is the highest-profile casualty of ‘Frozen’s journey from screen to stage. Michael Grandage’s musical version of Disney’s animated enormo-smash is almost identical to the film in terms of plot beats. But he dials down the wilder fantasy, steering the show – within obvious constraints – to something a little closer in tone to ‘The Snow Queen’, the Hans Christian Andersen tale that it’s based upon.

It’s still a dazzling spectacle that the film’s legions of kiddie fans will love. But adults will note that it’s more serious, sadder and wiser than the film. Some New York critics didn’t seem to be entirely happy with this when it opened on Broadway in 2018, criticising it for being dour. But I liked Grandage’s more melancholy spin, which is written by the film’s screenwriter and director Jennifer Lee, with new songs (and old songs) from the film’s songwriters Kristen Anderson-Lopez and Robert Lopez. To be clear, the talking snowman and the goofy reindeer are still in it, but it does land a bit differently.

In particular, it feels like less of an ensemble piece and more focused on the relationship between Samantha Barks’s troubled, sensitive Elsa and Stephanie McKeon’s loveable goofball sister Anna. There’s more about their lives in the royal palace where they grew up, first as best friends, and then kept separate by their over-protective parents after Elsa's growing magical powers almost kill a six-year-old Anna. Although it clearly has a lot to do with holding off That Song until the end of the first half, the pivotal scene in which Elsa raises her ice palace takes place a full half-hour further in than it does in the film: it makes for a more character-driven start.

And the simple act of casting actual humans changes it a lot: Barks may be togged up like a fairy-tale princess, but she doesn’t have the cartoon Elsa’s bug-eyed cutesiness, and she tackles Elsa’s pain, rage and loneliness as if it’s real. The whole thing has a much more adult sense of emotional trajectory. It’s a more satisfying arc, and the largely melancholic or narrative-centric new songs – while perhaps disappointingly lacking in bangers à la ‘Love Is an Open Door’ or ‘Do You Want to Build a Snowman?’ – further deepen the sisters’ relationship.

And even without Marshmallow, it looks great. Set and costume designer Christopher Oram and video designer Finn Ross have conjured up a seductive semi-digital vision of a fairy-tale Scandinavia, a mix of picturesque medieval buildings and Arctic wildness, illuminated by the ever-present eldritch throb of the aurora borealis. But it’s the set pieces that really make it: Elsa’s transformation from disaffected royal to ice queen belting out ‘Let It Go’ is a truly seismic spectacle, an awesome confluence of illusion, stage magic and the gale-force balladry tearing out of Barks’s lungs. My six-year-old, who largely sat impassively throughout (a sign of enjoyment in a six-year-old FYI) was blown away, bombarding me with questions about how Elsa’s clothes had appeared to instantly change (‘er… stage magic..?’).

It’s a perfect moment, where a scene plays out more or less identically to the film in terms of the details, but feels vastly more powerful. Not every holdover from the film works quite so well. The insistence on retaining the chipper American accents for a story set in Europe performed by a British cast felt grating (to me, anyway). Loveable animated snowman Olaf is brought to life with great charm by performer Craig Gallivan and puppet designer Michael Curry, and even elicits a walk-on cheer from the tots in the audience. His set-piece song ‘In Summer’ is still a hoot. But the character is slightly crowded out by the beefed-up Anna and Elsa plot and he feels more peripheral than in the film. Scenes where Anna and her companions visit a kooky trading post and then the Hidden Folk (trolls in the film) are given lavish and amusing old-school song-and-dance treatments. But they do feel pretty tangential, like dawdling homages to sections that work better on screen.

All that accepted, the film is mainly damn good, and most of it translates to stage just fine. The songs are great for starters. As is its crafty subversion of fairy-tale romances, notably Anna’s love triangle with Oliver Ormson’s chivalrous (or is he?) minor noble Hans and Obioma Ugoala’s loveable lunk ice merchant Kristoff. It retains an exceptionally satisfying conclusion.

This isn’t ‘Frozen’ for adults, a dark new take on ‘Frozen’, or a radical reinvention by spectacle like ‘The Lion King’. But it’s a thoughtful, attractive and human spin that manages to balance a Drury Lane-size spectacle with recognising what audiences want from ‘Frozen’, and subtly bringing it a little closer to ‘The Snow Queen’. If the film is a pre-school classic, the musical is maybe a couple of years more grown-up. But its most magical moments will wow every age group. 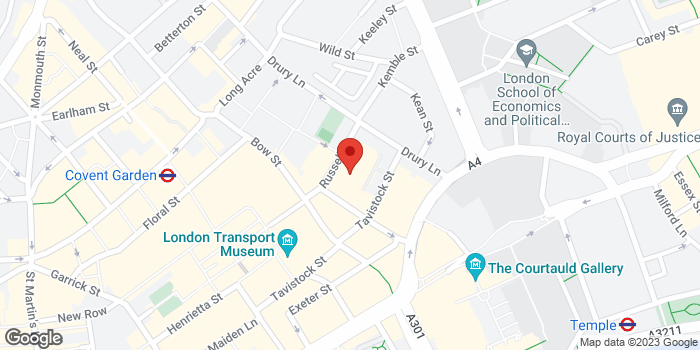