‘Grief is the Thing with Feathers’ review 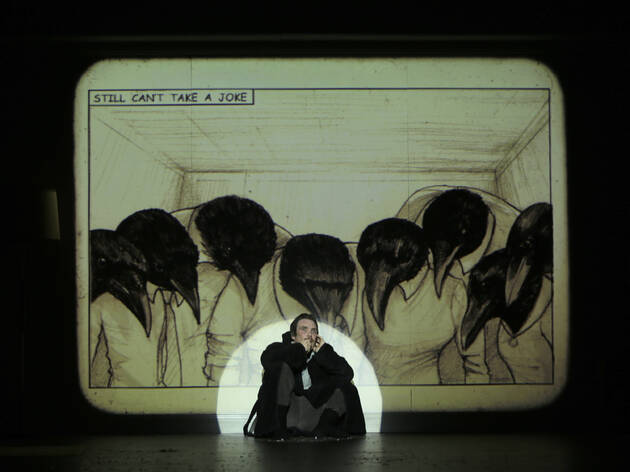 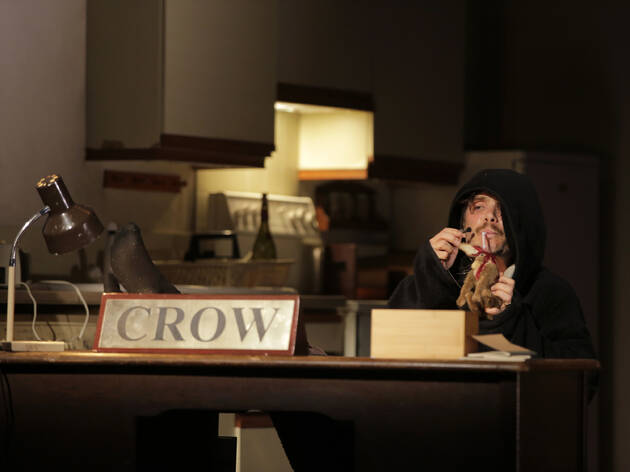 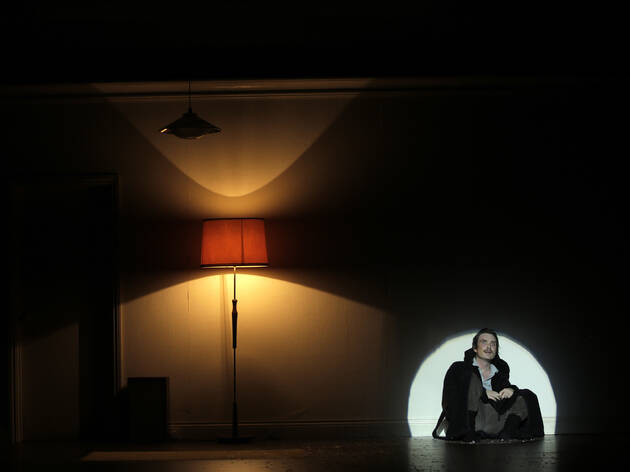 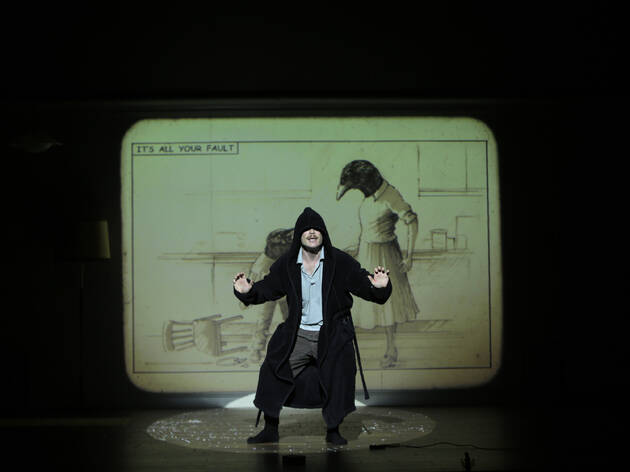 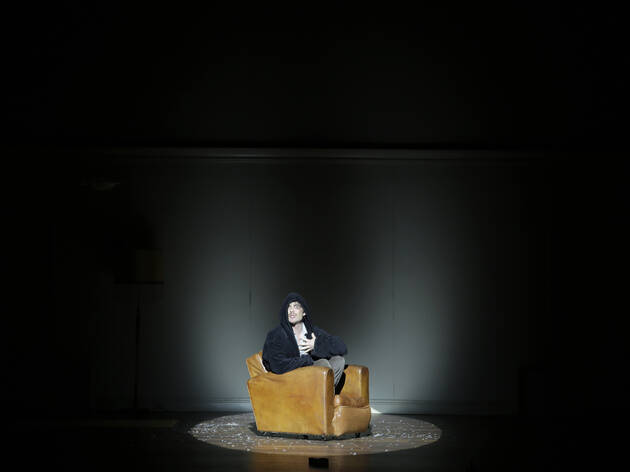 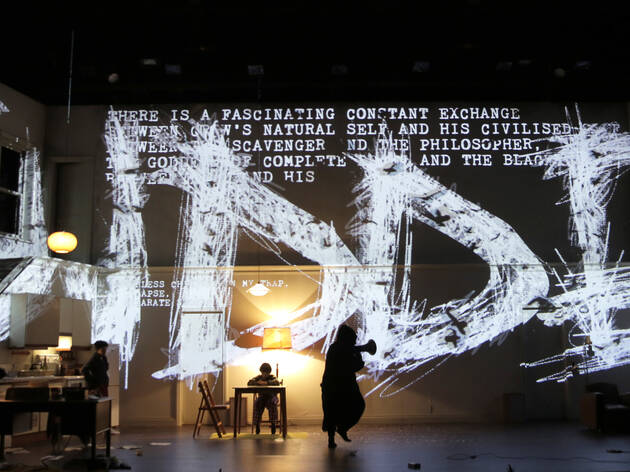 Max Porter’s 2015 novel ‘Grief is the Thing with Feathers’ is a sort of avant-garde misery memoir, about a father (‘Dad’) and his two sons who are left reeling by the death of Mum. Into the void steps Crow, a creature born of sorrow, despair and Dad’s obsession with the works of Ted Hughes.

In the book, Dad, the boys and Crow each take a chapter at a time. In Walsh’s adaptation, which he directs with the support of an exemplary creative team (headed by designer Jamie Vartan), everything is jumbled together into one lurching ride, as Murphy’s Dad spirals madly out of control, alternating between a taciturn, barely functioning father and Crow, who seems to explicitly be a manifestation of his trauma. It’s easy to forget – because of his relatively strait-laced screen work – what a gifted physical actor Murphy is. Almost never removing his dressing gown, a flick of the hood turns him from struggling everybloke to a cowled nightmare spouting wild verse in a plummy English accent. He struts, he caws, he preens, he leaps, he falls down a staircase; it’s an astonishingly committed performance.

The defining characteristic of ‘Grief…’ as a production is the sheer, sense-overloading momentum. It isn’t a show about giving in to despair, but about being forced to carry on in a world that no longer makes sense. The huge Barbican stage is filled to bursting with physical and emotional debris: kids’ art equipment, blaring ‘80s pop songs that filter out aqueously, projected images of Mum (Hattie Morahan), which become bigger and bigger until they overwhelm everything else. Even Dad and his two sons (played by four rotating child actors) are a sort of junk: they begin the play on stage, hidden under duvets.

Although the frenetic perpetual motion eschews tearjerkiness, it is a tough watch in a different way, pummelling and relentless, a white-hot shower of a life story that has fragmented and ceased to function. Music and projections pound us like artillery fire: it’s almost too much. It’s also exhilarating: lurid, elemental and frequently deadpan hilarious, in touch with the absurdities of grief.

It’s only as it reaches its final furlong that it cools and coheres – as the mania (and Crow) finally leave Dad and he becomes better able to understand and face up to his grief, which finally swims into less abstract shape. Suddenly, a show that has been disorientating, becomes devastating.

Firstly the seats we had were restricted viewing and this did affect the enjoyment of the play as there was full use of the back wall of the stage and we missed some important bits of the action. But our attention was held throughout the 90 minute performance by the sounds, physicality and imagery of this piece. The grieving widower is visited/comforted by a crow which promises to stay with him and his two boys until they no longer need him. It is the personification of his grief at the sudden loss of his wife. And that is about it for the basic story .However this summary does not give any idea of the power of the performance by Cilian Murphy and the two boys playing his sons. The crow is both a terrifying entity and a protective force for them all. The acting from all leads was excellent and this is a challenging play at times but well worth a look. But worth paying a bit more for non-restricted view seats.