Theatre, Comedy
2 out of 5 stars 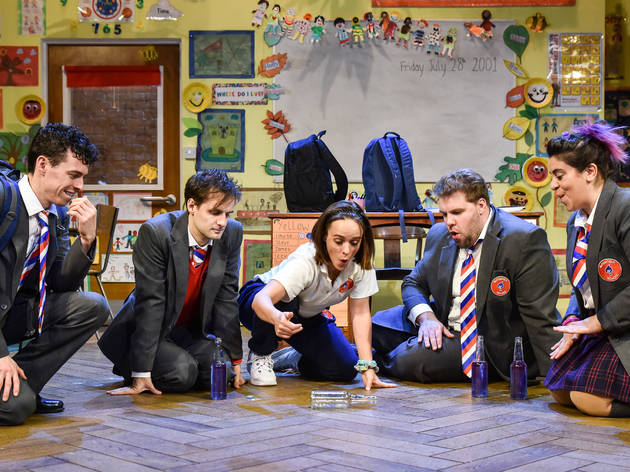 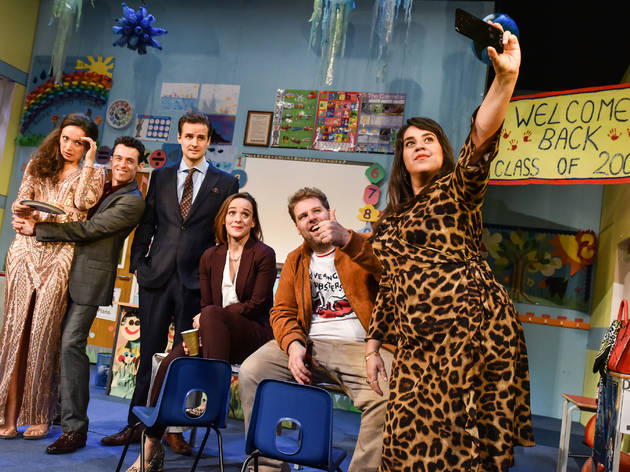 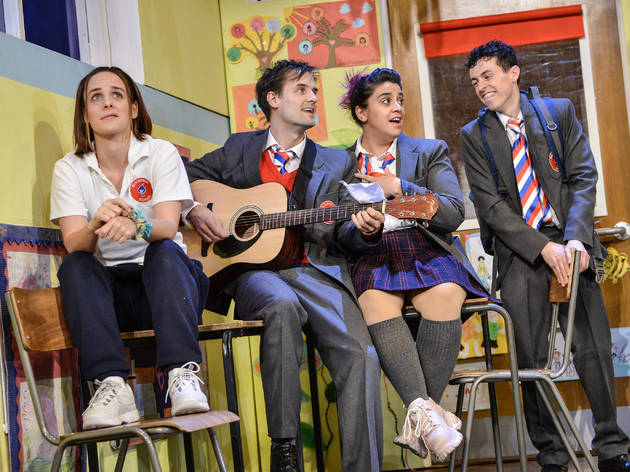 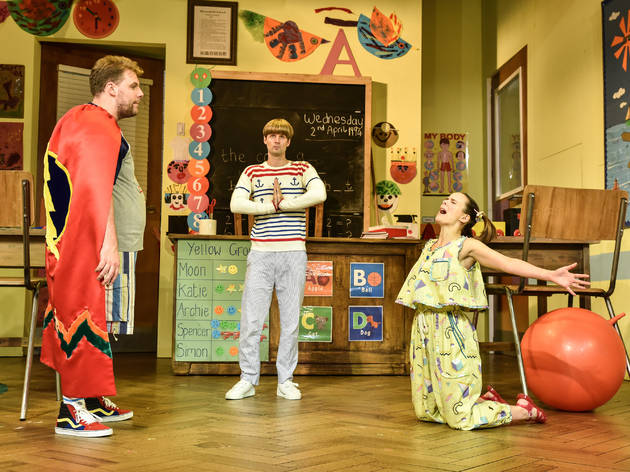 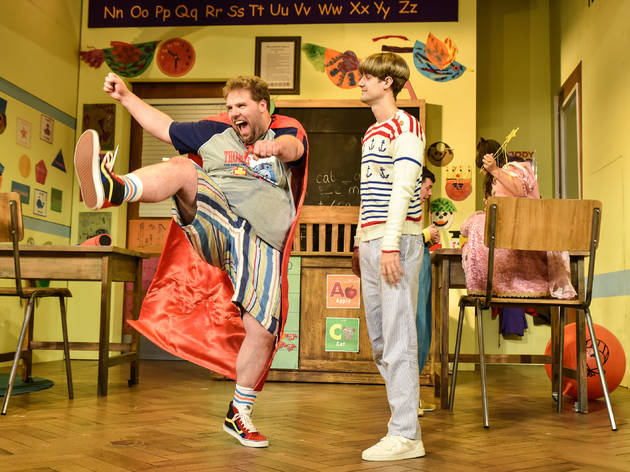 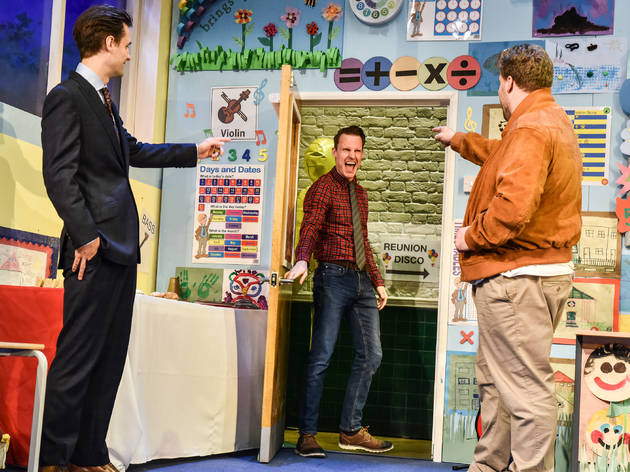 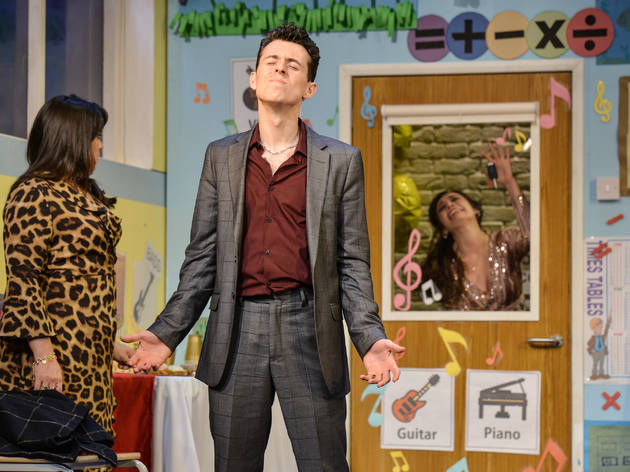 The members of Mischief Theatre could presumably have all retired at 30 on the proceeds of their sleeper smash ‘The Play That Goes Wrong’, the sparky backstage farce that’s been ensconced in the West End for five years.

In fact, the core company – who’ve been together for 11 years, since they met at drama school – have noticeably failed to rest on their laurels. When they’ve not been busy breaking America with their first hit, they’ve found the time to produce seasonal variant ‘Peter Pan Goes Wrong’ and stand-alone smash ‘The Comedy About a Bank Robbery’, while Penn & Teller collab ‘Magic Goes Wrong’ will be with us in the new year.

They’re a genuinely heartening success story with an impressive work ethic and it’s a real shame that their new play ‘Groan Ups’ is fairly dreadful.

The group have absolutely nailed the whole posh-people-getting-flustered-at-stuff-breaking thing, but ‘Groan Ups’ – which follows a group of five friends from primary school to adulthood – feels like their attempt to do a ‘proper’ play, and fairly brutally exposes their weaknesses.

In the first half of Kirsty Patrick Ward’s production, the adult performers play children, first aged around six, then around 13 (weirdly they seem to be at the same school for all of this). Now I can confirm that children can be pretty funny, but the dialogue here suggest Mischief are aware what children are but have never met any. An opening sequence in which the class make an inadvertently smutty presentation about their weekends is absolutely ghastly, all sub-‘Confessions of a Window Cleaner’ innuendo; as teenagers everyone talks like a group of particularly egregious middle managers on a bonding weekend: throughout they act like dim, lairy adults, devoid of the innocence and eccentricity of childhood.

In the second half, it’s the school reunion, and the thirtysomething cast get to act their ages. The script – by performers Henry Lewis, Jonathan Sayer and Henry Shields – is much less excruciating, but it still clunks sway. The big revelation of who has been harbouring an unrequited crush for who has been aggressively signposted since the first act, and there are all sorts of wearyingly crass assumptions about class and sexuality.

That it’s basically well-meaning is never in doubt; neither is the fact that Mischief are terrific with a silly quip (the recurring gag about the names of the school pets is very amusing), or that they’re on stronger ground whenever it becomes more farce-like. They are a fundamentally likeable bunch. But they blunder way outside their comfort zone with the child acting in the first half and again with the bittersweet dramedy stuff in the second, and it just doesn’t work. And while I'm all for performers shooting for the moon, I’d argue that if you’re going out of your comfort zone trying to make what’s essentially a cheapo Richard Curtis knock-off, it’s not a particularly noble failure.