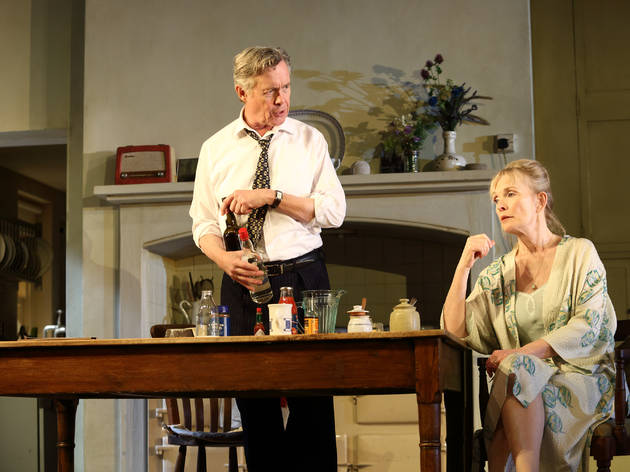 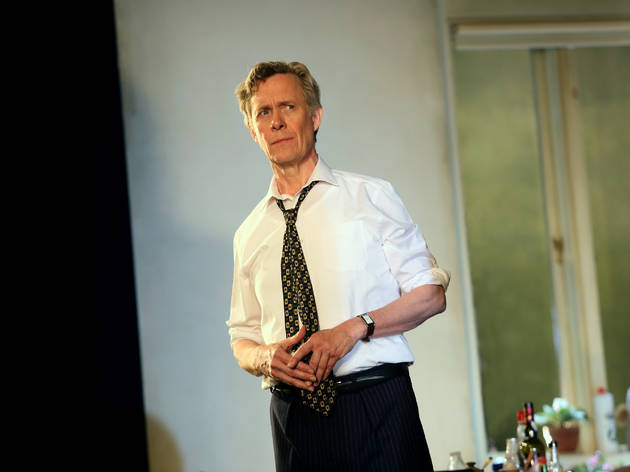 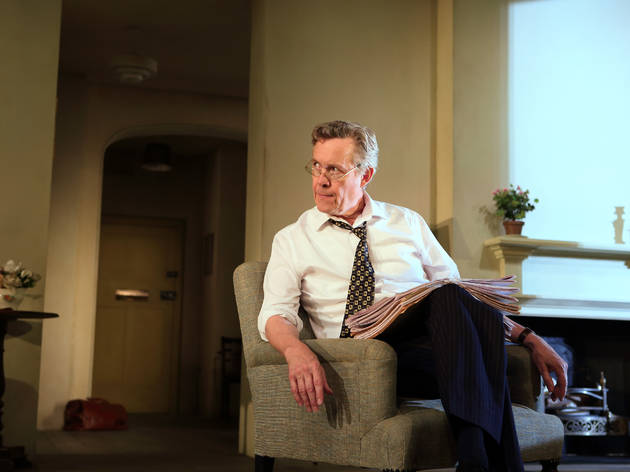 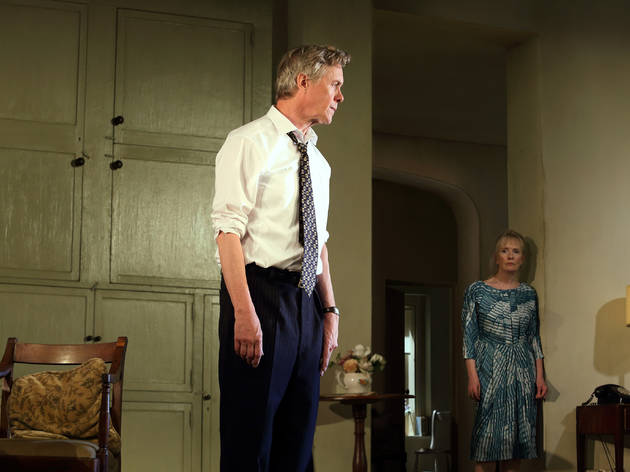 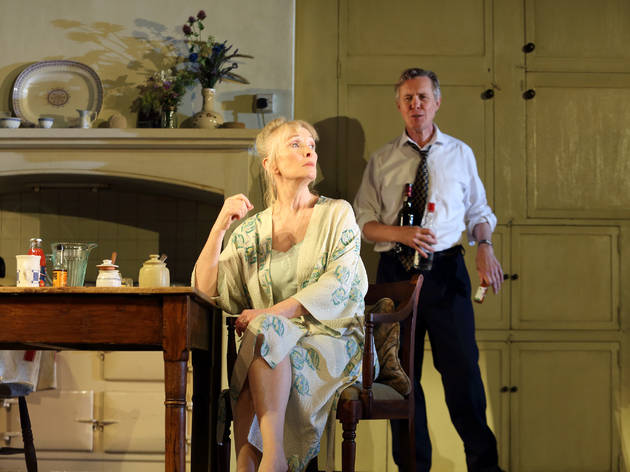 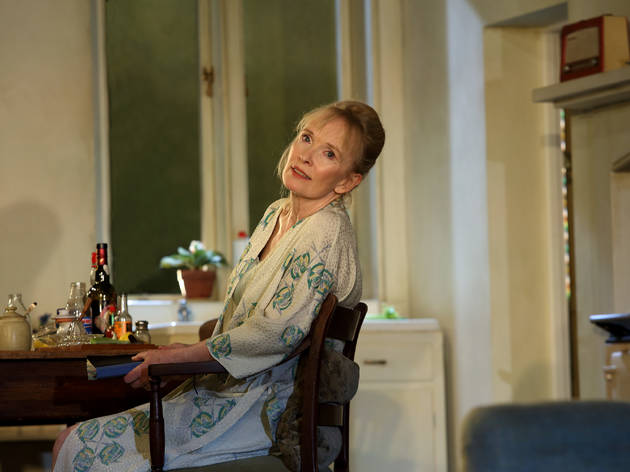 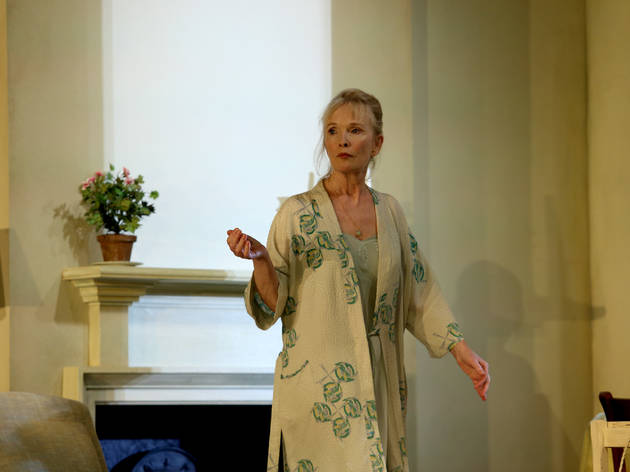 Not every aspiring playwright gets their debut performed on the National Theatre’s Lyttelton stage. But actor Simon Woods has. And while I suppose that’s pretty much vindicated by the fact ‘Hansard’ is mostly sold out already – admittedly probably something to do with it starring Alex Jennings and Lindsay Duncan – it certainly has a certain what I might politely call a ‘first playishness’ to it.

The year is 1988, the setting is the large Cotswolds home of Tory MP Robin Hesketh (Jennings) and his – ooer! – left-wing wife Diana (Duncan). He spends a lot of time away on parliamentary – and possibly ‘extra-parliamentary’, wink wink – business. She is angry, bored and drinks a lot. The first hour or so (of under 90 minutes) is basically ‘Who’s Afraid of Virginia Woolf?’ with the subtlety surgically removed and replaced by laboured ‘80s political references. I found it fairly stressful: Robin and Diana simply tear smiling strips off each other for the whole time, in a reasonably witty but very unrealistic depiction of a marriage that has foundered into exposition-heavy, not-even-that-passive aggression.

Though horrible to each other, they are not necessarily horrible people. And Woods’s relatively sympathetic portrait of Robin does have something going for it: how can an essentially decent man vote for something as monstrous as Section 28? It’s an intriguing question about our recent history – even if ‘Hansard’ feels like a bit of a missed opportunity to write a play that reflects the current Conservative Party – there is some stuff in here about being inoculated from reality by privilege, but Robin is practically a saint compared to BoJo’s bozos.

About the only thing the Heskeths don’t talk about is their son, the subject of whom they dance around so torturously that a Big Reveal feels wearyingly inevitable. Yet when it rolls round, Simon Godwin’s production really kicks up a gear. All the exhausting sniping and the clodhopping political references go, and ‘Hansard’ becomes a genuinely moving, maybe even slightly beautiful drama about two people whose lives have been paralysed by grief that they’ve lacked the emotional vocabulary to ever discuss it before. It also offers a sort of implicit olive branch to a generation we may off-handedly damn, but should probably try and understand. It still wheezes and thuds a bit, but it’s enough for Jennings and Duncan to get their teeth into, and the play ends with a delicacy I could only have dreamt of in the first hour.

Thanks to a strong finish and a world-class cast and creative team, ‘Hansard’ is solid enough. The NT should be a broad church. Clearly there is an audience appetite for a more old-fashioned sort of play. But was Woods’s debut the only candidate? Ultimately it’s not exceptional, and with the NT still a ways away from its targets for staging works by living female writers and writers of colour, was a middling play by a white dude the absolute best use of this slot? Woods may have promise, but promise isn’t really enough for a 900-seat theatre. Like any given member of our current cabinet, ‘Hansard’ ultimately feels overpromoted.