In 2011, this historical Victorian theatre got rechristened Harold Pinter Theatre, as a tribute to the legendary playwright, director and all-round master of menace. And the venue takes its moniker pretty seriously. In 2018, it topped off its longstanding record of staging Pinter plays by launching a huge season of Pinter revivals, with basically every famous British actor you can think of making star appearances, and director Jamie Lloyd at the helm.

But long before Pinter unleashed his first scribblings, this playhouse started life as the Comedy Theatre in 1888, which regaled Victorian audiences with a line-up of operettas and now-forgotten farces. From then on, its programming continued along reasonably conventional lines until 1956, when it made a bold bid to confront theatre industry censorship. In an age where the Lord Chamberlain vetoed anything that smacked of sex of violence, the theatre evaded censorship by becoming a private club. It subsequently staged the London premieres of groundbreaking hits like Arthur Miller's ‘A View From the Bridge’ and ‘Cat on a Hot Tin Roof’ by Tennessee Williams. When rules were finally relaxed, it was able to show Peter Shaffer's hit play 'Five Finger Exercise' to a general audience, alongside a line-up that focused on 'proper drama' by the likes of Shakespeare, Wilde, Shaw, and yes, Pinter.

Harold Pinter Theatre is a 796-seater house with seats over four horseshoe-shaped balcones, decorated in refined and ever-so-Victorian shades of china blue, cream and gold. Outside, its neo-Classical facade makes an imposing addition to Panton Street, tucked away behind Piccadilly Circus. 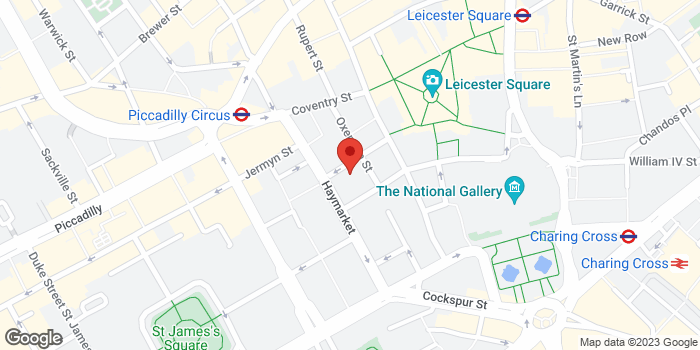 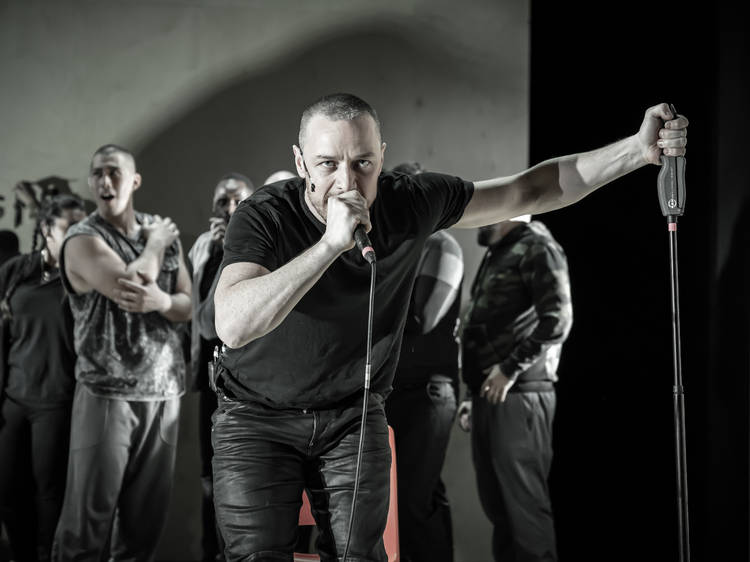 ‘Cyrano de Bergerac’ returns for a short 2022 run, with James McAvoy leading a partially recast production. This review is from 2019. It’s Cyrano de Berger-rap. It’s James rap-Avoy. It’s… perhaps more accurate to say the rhythms of Martin Crimp’s new version of classic French play ‘Cyrano de Bergerac’ are closer to the languid cadences of performance poetry than actual hip hop. But undoubtedly this is your first opportunity to listen to Mr Tumnus spitting verse. And James McAvoy is great in the role: sure, the idea of updating ‘Cyrano’ in this fashion is a bit yikes on paper. But in fact, this is a ferociously good revival from Jamie Lloyd, that almost totally reclaims, reinvents and reinvigorates a play so engrimed in period camp that it can sometimes feel like a chore to even remember it exists. ICYMI: Edmund Rostand’s 1897 drama about a big-nosed, hyper-poetic French soldier who finds himself in a very complicated love triangle with his cousin Roxane and good-looking but tongue-tied fellow soldier Christian is written in rhyming verse. And with the hindsight of Martin Crimp’s scorching adaptation, it is blindingly clear that modern rhymes offer a clear and exciting way forward. Lloyd and Crimp have conjured up something pretty remarkable, the cut and thrust world of seventeenth-century France reinvented as a series of rap battle royals, or grand poetry slams. Although stripped to the bone aesthetically – Soutra Gilmour’s stark set is just a white stage and few mics – the 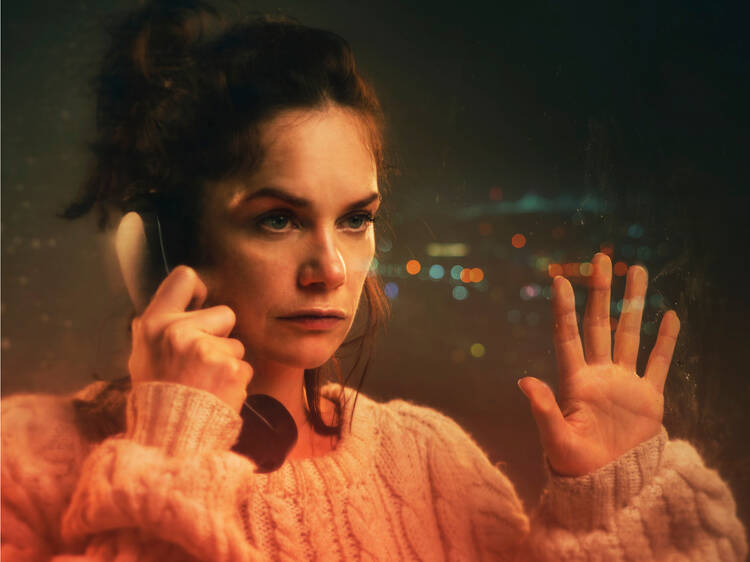 One assumes that busy schedules are the root reason for the blink-and-you’ll miss it nature of this UK run for legendary Belgian director Ivo van Hove’s revival of Jean Cocteau’s classic 1930 monologue. While it’s undoubtedly a relatively experimental affair, with a single actress spending the entire play on the phone to her unheard lover, the fact that here the single actress is the great Ruth Wilson should get plenty of bums on seats for the brief run. 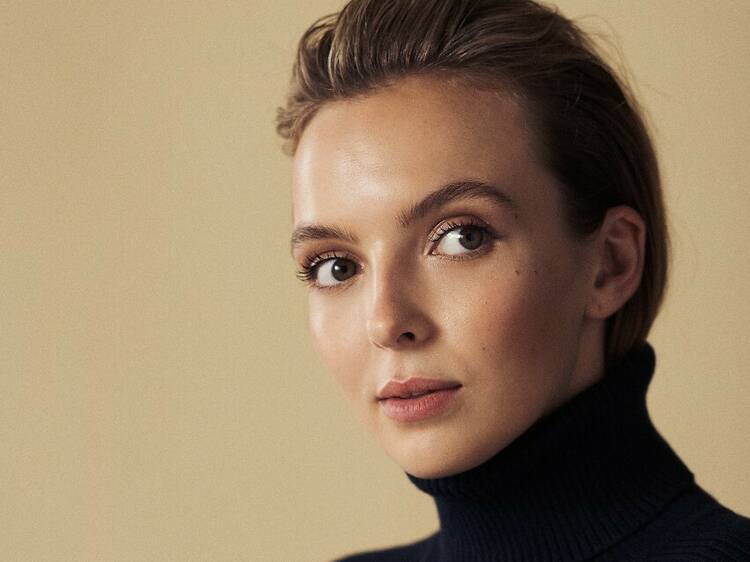 Taking a short break from screen ubiquity, Jodie Comer – ‘Killing Eve’, ‘Help’, ‘Free Guy’, loads more – finally finds time to sneak in her West End debut in 2022. Australian playwright Suzie Miller’s drama ‘Prima Facie’ is a monologue about a brilliant, competitive young working-class barrister whose upwards ascent is suddenly stalled when a colleague rapes her, an event that both mentally shatters her and sets her on a collision course with a hostile legal system. Justin Martin directs a play in which tickets will start on a pay-what-you-can basis for every show. Interview: Jodie Comer on her new film ‘The Last Duel’. 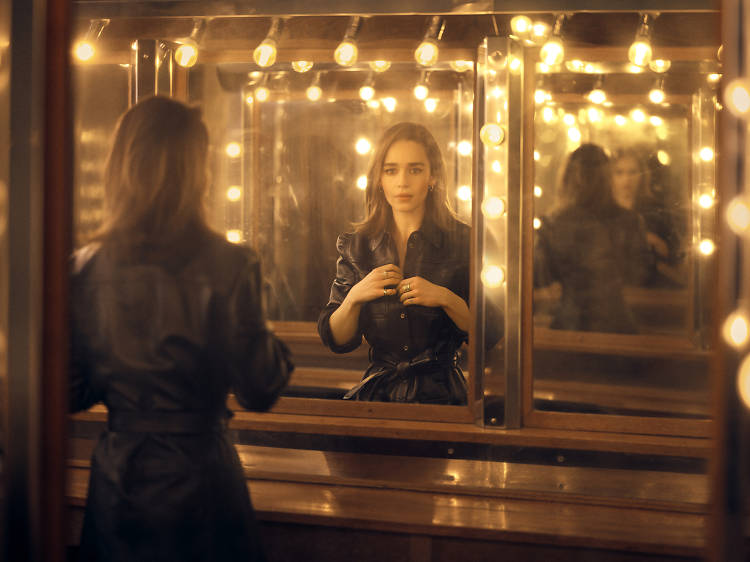 ‘The Seagull’ flies again! The Jamie Lloyd Company’s 2020 production of Chekhov’s masterpiece marked the West End debut of Emilia Clarke: and it started previews before being shuttered by the pandemic on the week it was due to open. Now it’s it’s back, with a largely unchanged company headed by Clarke, who’ll be trading in dragon riding for the role of vain young actress Nina in Chekhov’s great play in a version by Anya Reiss (presumably the same one that played at Southwark Playhouse in 2012, starring a young Lily James). She’ll be joined by an excellent returning cast of Tom Rhys Harries (Trigorin), Daniel Monks (Konstantin), Indira Varma (Arkadina), and Sophie Wu (Masha), with other roles TBC. As ever, Lloyd directs and Soutra Gilmour designs.