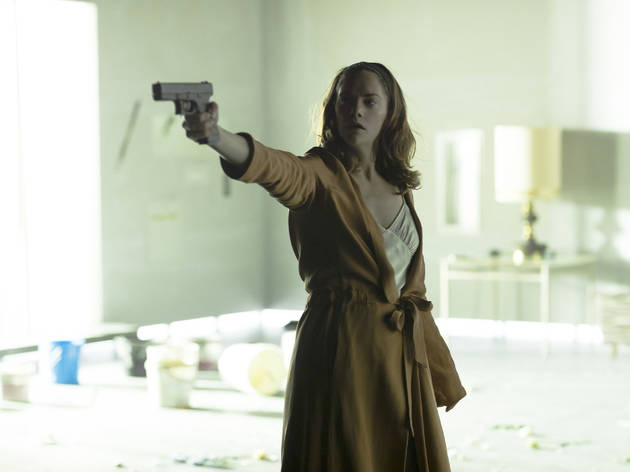 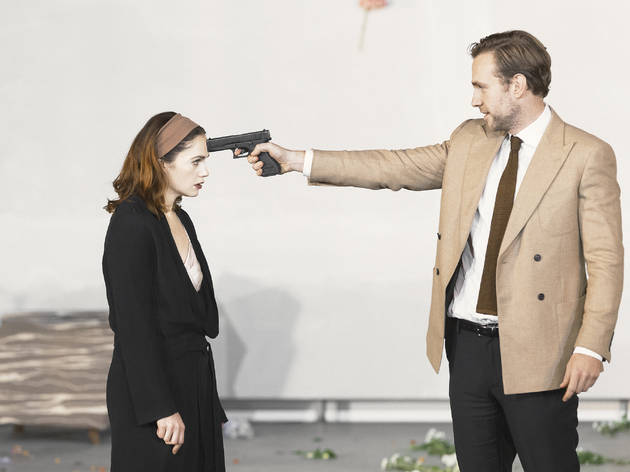 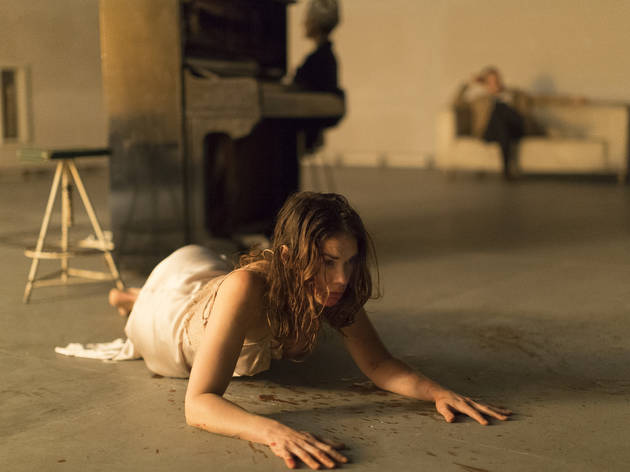 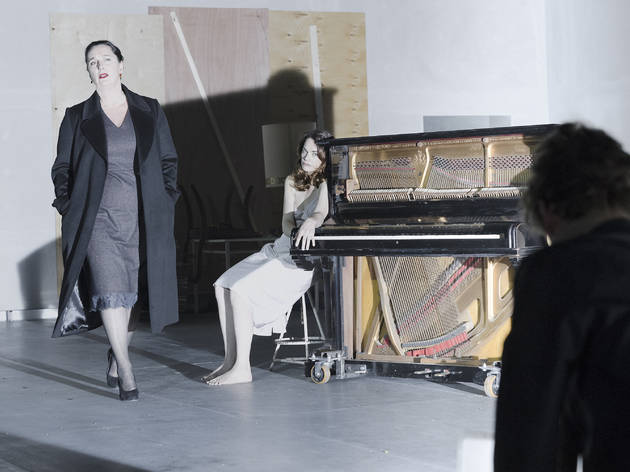 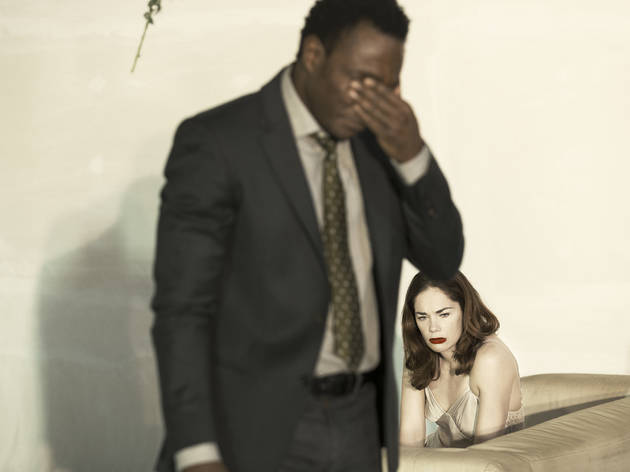 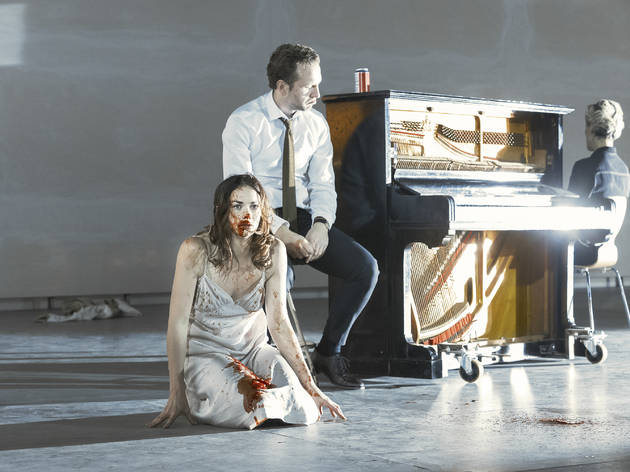 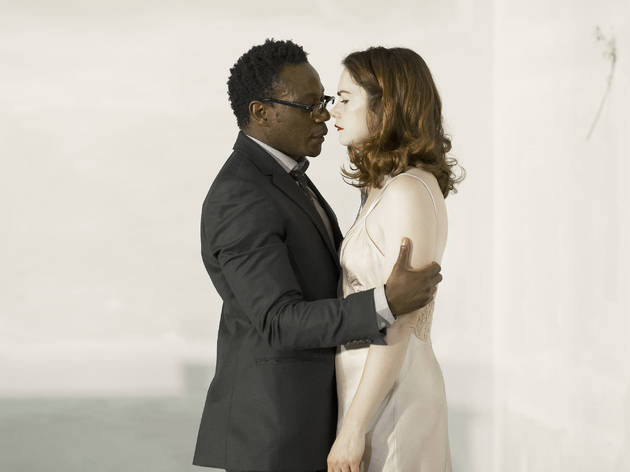 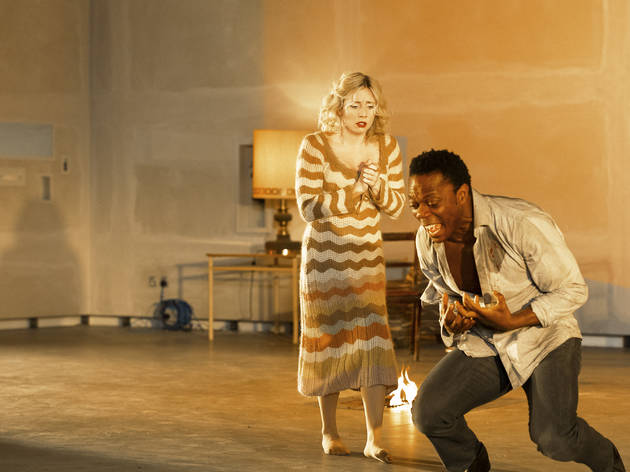 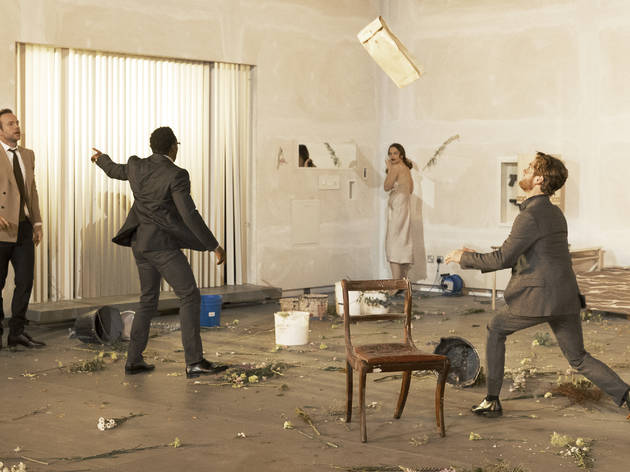 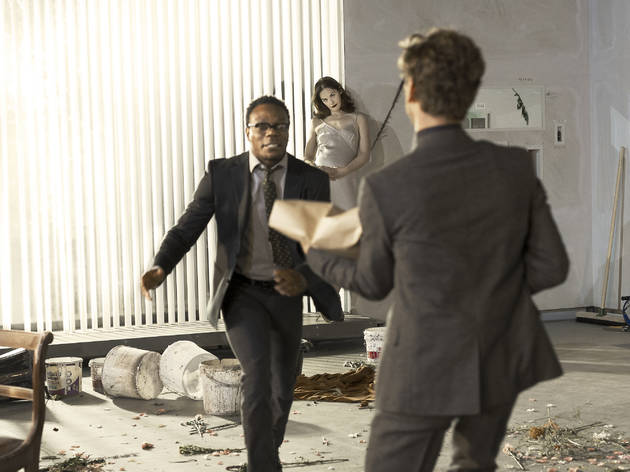 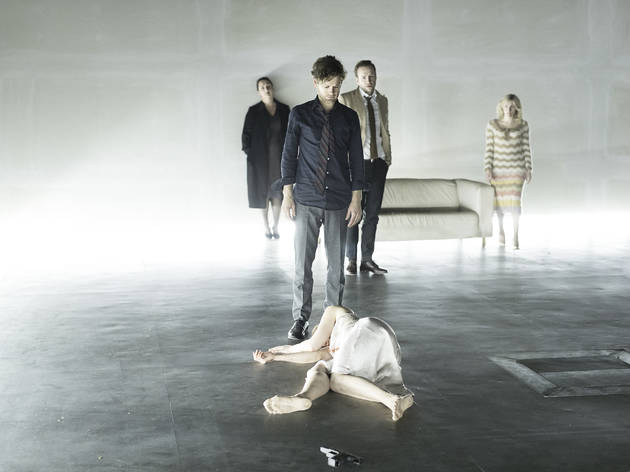 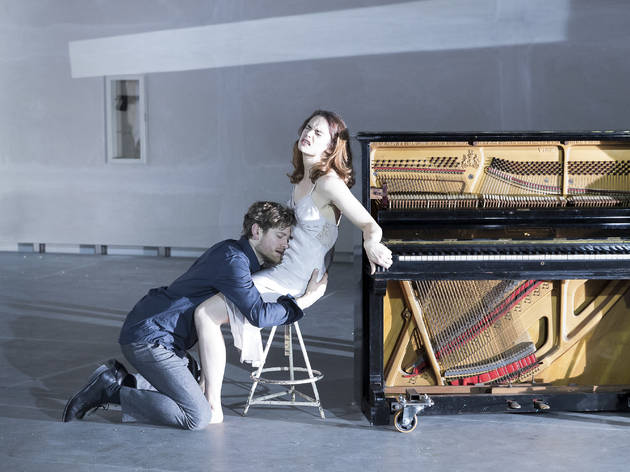 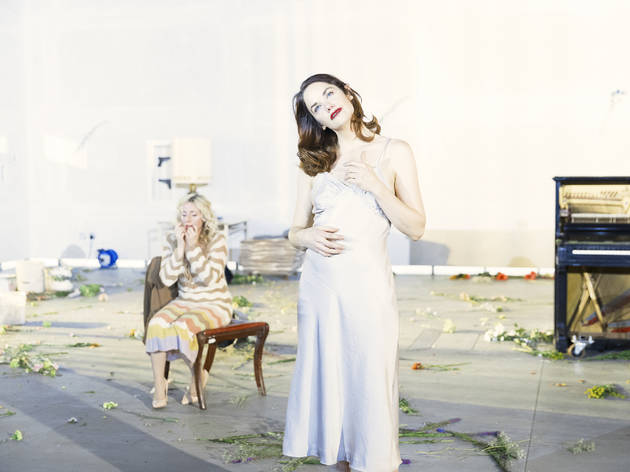 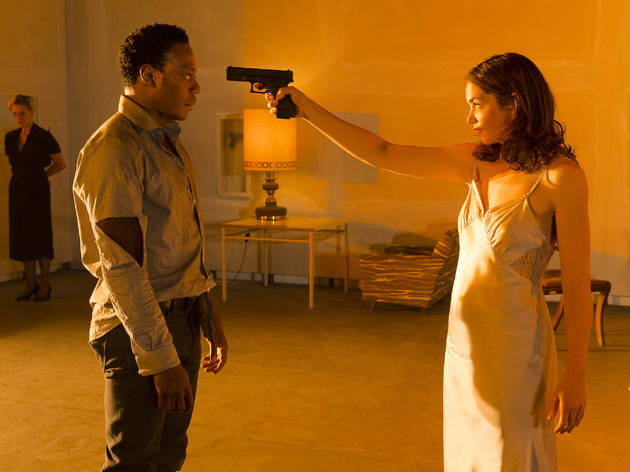 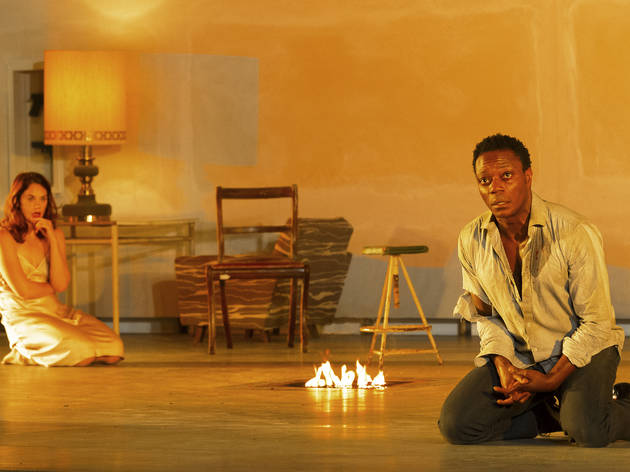 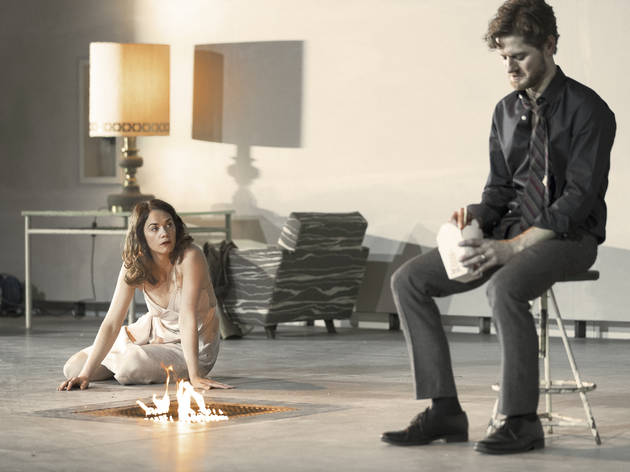 Starring an incandescent Ruth Wilson, Ivo van Hove’s modern production of Ibsen’s ‘Hedda Gabler’ rejects the usual, comforting, proto-feminist reading wherein its heroine does the terrible things she does because she is a victim.

Here, Wilson’s Hedda is rarely oppressed by men per se. Certainly you can sympathise with her boredom at affable lecturer husband George Tesman (Kyle Soller, whose all-American pizzazz brings an enjoyable flavour), and even her annoyance that her former wild-child lover Eilert Lovborg (Chukwudi Iwuji) has sobered up and written a brilliant thesis with her old school mate Mrs Elvsted (Sinead Matthews).

But the scale of her reprisal is difficult to see as reasonable or justified. And yet – in this year of all years – it’s at least familiar. This Hedda destroys not because she is a woman or oppressed, but because she feels alienated by the smug academics and their dry certainties. She wants to take back control.

In her first stage role in yonks, Wilson is phenomenal: her Hedda is part sneering hipster, part destructive zealot. We always second-guess her – sometimes she says something funny and normal (Patrick Marber’s adaptation brings a fair number of chuckles) and it feels like a relief, but we’re always nervous about what she’ll do next. Her behaviour is that of a terrorist, and while her ideology often seems twisted, there is a purity to it. When she’s cornered by lunkish alpha-male Judge Brack (Rafe Spall, a bit miscast) over her destruction of Lovborg, her final act of defiance is, at least, impressively ballsy.

She is a terrorist, a revolutionary, a demagogue, a priest, a gun, a bomb. She sees the smug, educated, complacent male order, sees that she has no place in it and she destroys. It is horrible and magnificent.

Making his National Theatre debut, van Hove’s production is ravishingly, chillingly atmospheric. The large, bare, chic room of Hedda and Tesman’s house is slowly bleached and drained by Jan Versweyveld’s extraordinary lighting, and befuddled by the nagging ersatz electro of Tom Gibbons’s sound design. The only relief is the ironically deployed strains of Joni Mitchell’s ‘Blue’ that delineate each scene. There is a sense of great separation and disorientation, the production wandering ever further into Hedda’s isolation.

It’s a triumph for Wilson and a reaffirmation of van Hove’s greatness. But it’s also a reminder of what a great year the NT has had, and the sort of world-class, global talent it is now bringing together. ‘Ma Rainey...’, ‘Cleansed’, ‘Les Blancs’, ‘The Deep Blue Sea’, ‘The Threepenny Opera’, ‘The Red Barn’, ‘Amadeus’, ‘Peter Pan’ and now ‘Hedda’ - this theatre is looking untouchable.