‘I Want My Hat Back Trilogy’ review

Nemesis; hubris; redemption; headgear. Those are pretty much the main themes of Jon Klassen’s wonderous trilogy of picture books that kicked off in 2011 with the seminal ‘I Want My Hat Back’, in which a dopey bear wanders the forest looking for his missing red party hat, eventually clocking that it has been nicked by a rabbit, which it’s then very strongly implied that the bear goes on to kill and eat. Followed by ‘This Is Not My Hat’ – in which a small fish soliloquises to the reader about how he’s definitely going to get away with stealing a big fish’s bowler hat – and ‘We Found a Hat’ – in which two tortoise pals must decide what to do with a sombrero – the three books contain no shared characters or plot, but are linked by Klassen’s gloriously deadpan, almost woodcut-like drawings, sparse dialogue and bracingly morally ambiguous humour.

The same qualities have also made the books tricky to adapt: the National did a sort of maximalist fantasia on ‘I Want My Hat Back’ a few years ago that was a lot of fun but didn’t especially resemble the source material beyond the key plot beats. The basic problem is that a literal stage adaptation of ‘I Want My Hat Back’ would only be about ten minutes long, and it’s difficult to see how you can convey Klassen’s distinctive visual style with human actors.

But that was before there was a trilogy, and – crucially – before the pandemic. This stage version of the three books started life as a lockdown project for designer Sam Wilde and director Ian Nicholson, who adapted ‘I Want My Hat Back’ into a short digital film using cardboard puppets made from recycled materials that exactly copied the look of Klassen’s book. ‘This Is Not My Hat’ and ‘We Found a Hat’ followed and now here’s a live version of all three.

The trilogy immediately solves the runtime issue: the revamped show – performed with a perfect mischievous glint by puppeteers Imogen Khan and Simon Lyshon – now stretches to a walloping 35 minutes. I sincerely doubt a cardboard version would be commissioned if starting from scratch, but it looks great: pure Klassen, with the puppets’ extremely limited mobility perfectly replicating the static nature of his drawings. Instead of being individually expressive, the puppets are continually swapped for new ones at different sizes or in different poses – eg the bear sitting down is switched for the bear lying down is switched for the bear running. It’s an amusingly laborious touch that also feels in keeping with the source material.

Moreover, for a show aimed at ages three to six, there’s something startlingly profound about seeing the three stories together. Each has a surprisingly sharp twist. For ‘I Want My Hat Back’, it’s the extreme, shocking nature of the bear’s vengeance. In ‘This Is Not My Hat’, it’s the sense that the fish’s unwise grandstanding has cost it dear. And in ‘We Found a Hat’ it’s the reversal of the earlier darkness and ultimate triumph of friendship, as one tortoise decides not to steal the hat after its friend shares a dream in which they both had hats.

It would maaaaybe be a stretch to compare it to Greek tragedy, but there’s something of the devastating emotional clarity of the ‘Oresteia’ trilogy here: after two stories with shocking denouements, there’s a definite catharsis to the end of ‘We Found a Hat’, beautifully manifested as the flat cardboard tortoises are swapped for three-dimensional ones with mirrorred shells that hover over us dreamily, like a pair of disco balls reflecting the light.

Yes, they’re funny stories about animals fighting over hats, nominally aimed at young kids. But the reason the books have enjoyed such cult success is that they go to places that other stories for preschoolers won’t. Wilde and Nicholson’s adaptation is in many ways good because it’s so literal. But staged as a single piece of theatre, the stories take on a surprising profundity that transcends the books. All life is under these hats. 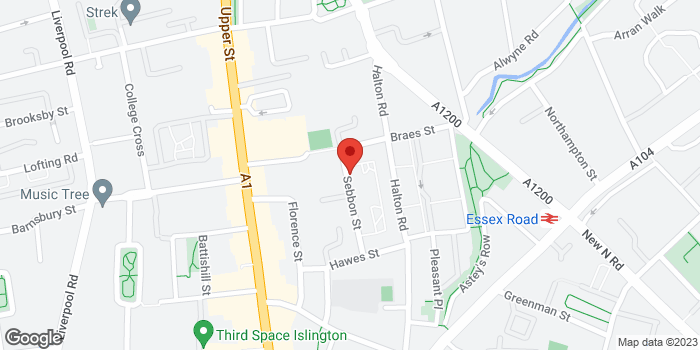