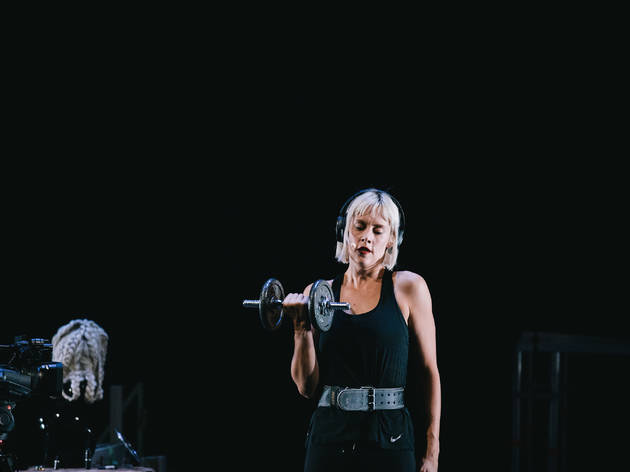 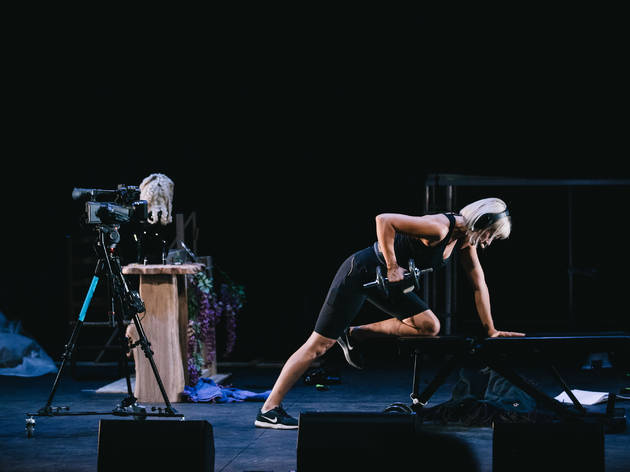 Imagine a metaphysical glitter cannon of trauma being fired straight at your chest and you’re halfway to understanding the vast, agonising intensity of Bryony Kimmings’s new solo show. It’s the story of a time in her life that nearly floored her: relationship breakdown, post-natal depression, and her child’s illness. The name ‘I’m a Phoenix, Bitch’ might suggest a blazing, triumphant rise from the flames. But this performance is all about the ashes.

It fills the Battersea Arts Centre’s huge, newly remodelled Grand Hall (in a neat parallel, the venue’s also back after a fire two years ago) with a series of images inspired by vintage horror films. Kimmings opens things by theatrically cackling, striking eerie poses in a flame-coloured sequinned dress, and taking us through her career as an ‘autobiographical performance maker’ to date (episodes in her life are parcelled out into her hit shows ‘Sex Idiot’, ‘Fake It Til You Make It’ and ‘Credible Likeable Superstar Rolemodel’). Her dickish, male-voiced inner monologue pops up to heckle her, and dictaphone recordings of her mother’s voice offer a reassuring, if fatalistic, outside perspective on Kimmings’s childhood. Then the mood becomes darker, more sustained.

Kimmings’s therapist calls the Oxfordshire cottage where she lived for the difficult time following her child's birth – ‘the site of her trauma’. So her idyllic, Farrow & Ball-painted rented home is represented by a nightmarish dolls' house, all jagged thatch and crooked walls, that joins her on stage. Projected footage from Kimmings’s handheld camera makes its outlines become huge and terrifying, blown up over the walls of the Hall. And the stream that runs through its garden threatens to engulf and drown her as her life is torn apart.

Sometimes, ‘I’m a Phoenix, Bitch’ feels like being in a ghost train, if the sole purpose of a ghost train was to soak in you in deep existential horror rather than to dangle plastic skeletons in your face. It uses everything. Lewis Gibson’s sound design soundtracks Kimmings’s desperate loneliness while her baby is in hospital with a low, doomy, bubbling rumble. Will Duke’s projections create a nightmarish mental landscape that utterly parts way with reality as her depression sets in. She struggles up David Curtis-Ring’s vast set design, a mountain of inhospitable rocks. And her journey is also marked by original pop songs and low-key magic tricks and fireworks. Literal fireworks.

This box of tricks is staggeringly effective both at filling a huge theatre space (which solo female live artists don’t get to do very often) and at capturing the wild darkness of a state of mind that words can’t reach. What ‘I’m a Phoenix, Bitch’ doesn’t do is follow up this horror with comfort, or reassurance that she’s okay and her son is okay. Kimmings’s therapist told her that part of healing was to learn to tell the story of her trauma, so that’s what she does, creating a work that’s unresolved as anyone’s life is, and told in a way that’s fiercely, distinctly hers.