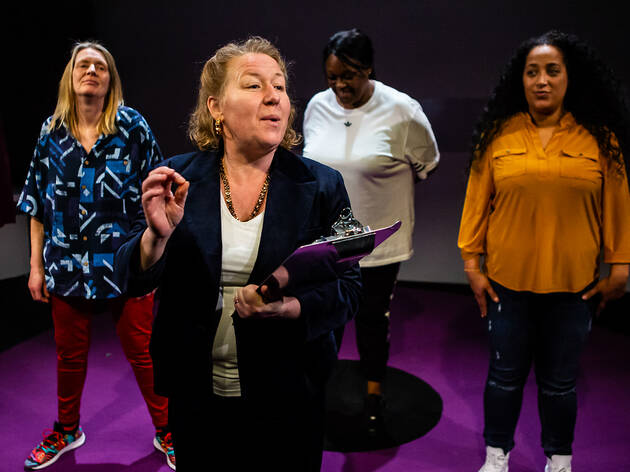 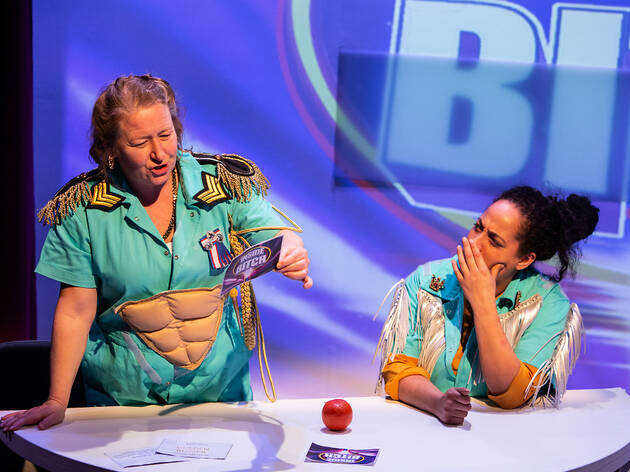 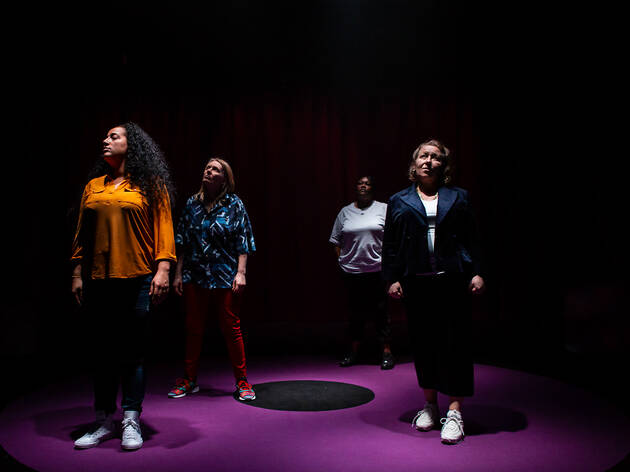 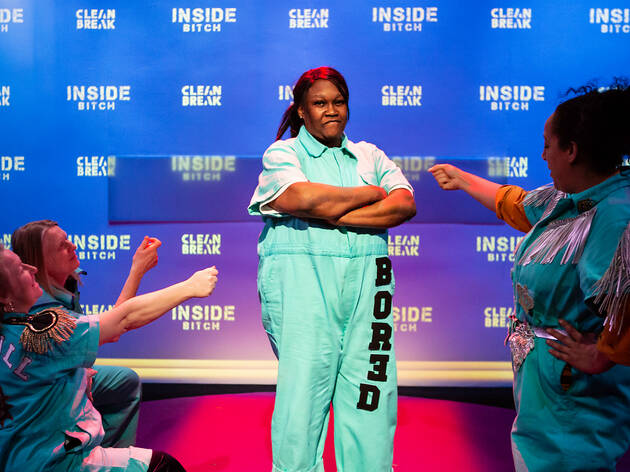 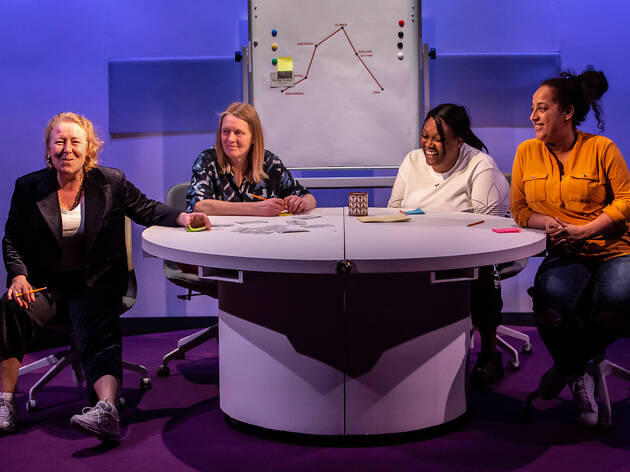 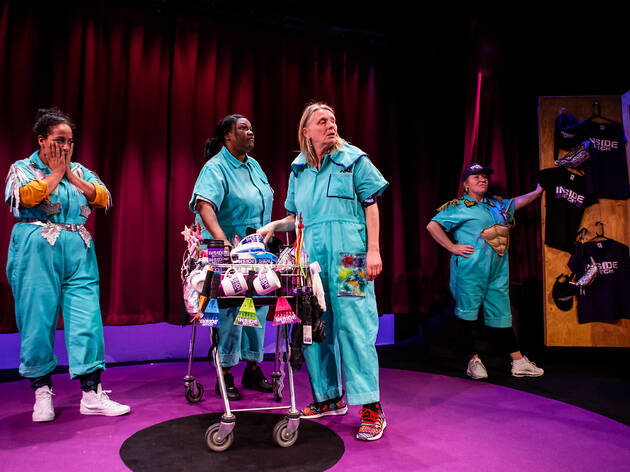 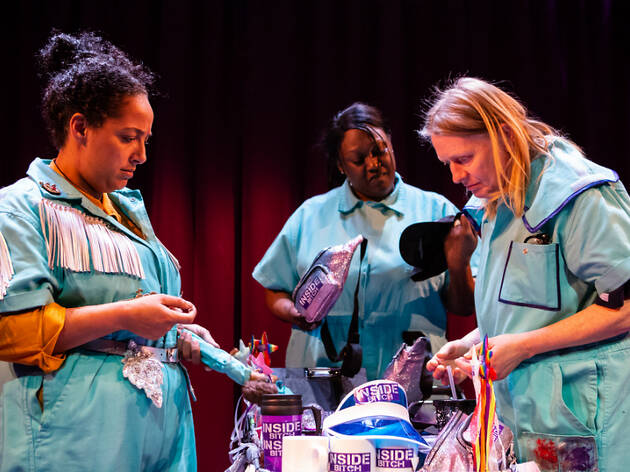 Watch ‘Orange is the New Black’ and you might well wind up with the impression that being in prison is kinda fun, kinda sexy and offers ample opportunities for orange boilersuited shenanigans. The four women who perform ‘Inside Bitch’ beg to differ. They reckon that telly has a lot to answer for. So they create a pitch for a totally different kind of show: one performed by people who, like them, have actually been behind bars.

They list and play with naff prison drama stereotypes, brainstorm new characters (spoiler: they’re pretty autobiographical), create a trailer, don some ludicrously tricked-out costumes, and then loll behind a big shiny table like senior media execs; it’s a blunt, hilarious rejoinder to a world where women like them rarely get a say in how their stories are told.

The show’s playful, complex structure was dreamt up by playwrights Stacey Gregg and Deborah Pearson, and they show their understanding of the power dynamics involved by making themselves a deliberately low-key, decentred presence; their voices bubble up from beneath the show’s surface, popping up in recorded footage where they ask the four performers gauche, blunt questions about their time in prison. What ‘Inside Bitch’ shows is that you don’t get a say unless you’ve been there.

Being in this theatre is like sitting in a pub, eavesdropping on a group of regulars at the next table; they crack jokes, rib each other, wheel out favoured anecdotes. Lucy Edkins, Jennifer Joseph, TerriAnn Oudjar and Jade Small are all seasoned performers with theatre company Clean Break and it shows in their onstage chemistry, which prompts the kind of uproarious laughter you pretty much never get Upstairs at the Royal Court.

But this is an immaculately well-managed kind of laughter, and when the fun comes to a juddering halt, it winds you. These women use humour and games as tools, a way of making sense of decades of pain, of making it palatable to prying outsiders. They’re totally aware of how their experiences can be wrapped up, commodified and sold to a mass-market telly audience – heck, they even set up a trolley with diamanté ‘Inside Bitch’ merch. This show is them grabbing the remote control and sitting the audience down for a flickering, furiously fast-paced education in representation, and who shapes the stories we’re told.