‘Jack Absolute Flies Again’ is a very funny play. But it’s not an especially great one, or to be fairer, its greatness is definitely not in proportion to how funny it is. It’s relentlessly chucklesome, but almost aggressively lacking in wider purpose as co-authors Richard Bean – who wrote ‘One Man, Two Guvnors’ – and Oliver Chris – who starred in ‘One Man, Two Guvnors’ – transpose Sheridan’s 1775 classic comedy ‘The Rivals’ to the romantic goings on in a squadron of RAF pilots staged at an English stately home during the Battle of Britain. There’s maximum focus on the gags – minimum focus on emotional weight or satirical message.

In some respects that’s fair: as various fourth wall-breaking characters remind us – most especially Kerry Howard’s hard-bitten maid Lucy – Restoration comedies* are pretty dumb. Dumb and less amusing by modern standards than ‘Jack Absolute’, which maintains the basic structure of the original while amping it up. Thus Caroline Quentin’s Mrs Malaprop still mangles up her words, but a lot more smuttily: at one point she inadvertently describes another character as ‘the cunt of Monte Cristo’. (*There is an extremely strong argument for ‘The Rivals’ being written almost a century too late to be a Restoration comedy, but it’s in the style of, and that’s what ‘Jack Absolute’ actually refers to it as, so whatever).

Did I say it’s funny? It’s funny! As is James Corrigan’s Bob Acres, a dopey Australian fighter pilot who the play’s eponymous hero Jack Absolute – a fellow flying ace – at one point persuades to woo communal love interest Lydia Languish by giving her a bees’ nest. Which Bob does: plus a big twitching bag of bumblebees for good measure. Natalie Simpson’s crisply spoken and somewhat ludicrous Lydia is agog. Funny: very funny.

The central plot, wherein Lydia believes herself to be in love with Kelvin Fletcher’s salt-of-the-earth mechanic Dudley Scunthorpe – who actually has eyes only for Lucy – but is wooed by Laurie Davidson’s gung ho Jack disguised as Dudley is sturdily entertaining. Not only that, but it’s turbocharged by some moments of very tart class commentary that astutely send up Lydia’s blithe, ‘Common People’-style fetishisation of the lower orders.

What’s frustrating about the class stuff is how near the play comes to hitting the bullseye without ultimately displaying any real interest in doing so. Its simmering antiestablishmentarianism never builds: astringently funny lines are ultimately tossed away for yucks. Everyone ends up pairing up happily with their appropriate class – order is restored to the orders. The suggestion that there’s something toxic about Jordan Metcalfe’s weedy airman Roy Faulkland’s obsessive love for his fiancé – and first cousin – Julia Melville (Helena Wilson) is very reasonably raised for laughs, but ultimately entirely discarded.

Towards the end, Bean and Oliver try to do a ‘Blackadder Goes Forth’: in a major departure from ‘The Rivals’, a significant character dies in combat. But there’s not enough emotional heft, satirical intent, or just good old-fashioned depth of characterisation there for the moment to feel particularly sad.

‘One Man, Two Guvnors’ proved that in fact you can take a centuries-old comedy and make it so funny that it doesn’t need any sort of big injection of profundity or political relevance. But that was blessed with a virtuosic lead performance from James Corden, some hysterically funny set pieces, and world-class direction from both Nicholas Hytner and Cal McCrystal. ‘Jack Absolute’ has lots of fun characters but no truly great ones, no classic setpieces (though there’s a very fun dance-off sequence), and while director Emily Burns keeps things ticking over entertainingly, she’s undeniably far less experienced than Thea Sharrock, who was set to direct pre-pandemic. Lightweight comedies need heavyweight directors.

It’s funny. It’s fine. We all need a chuckle at the moment. But ‘Jack Absolute Flies Again’ isn’t anything more than the sum of its laughs. 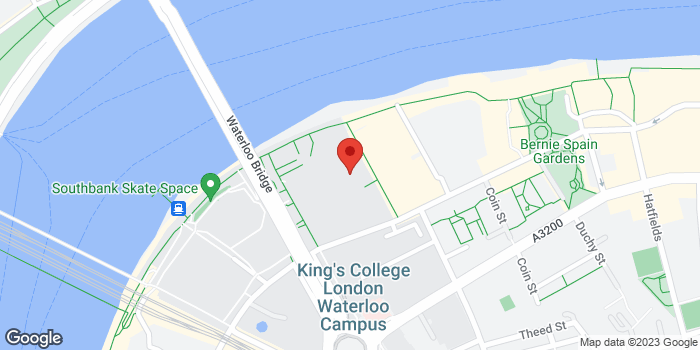