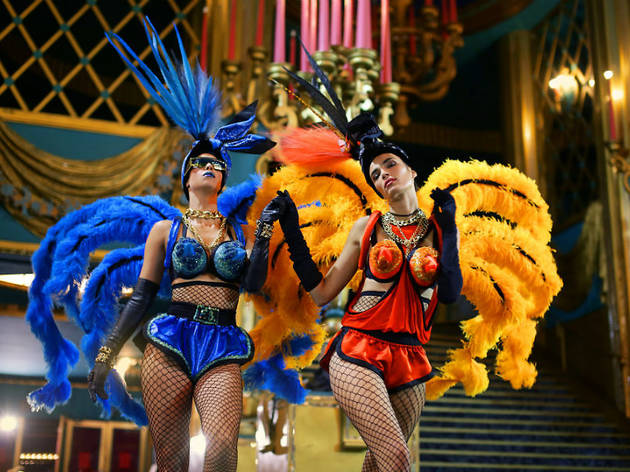 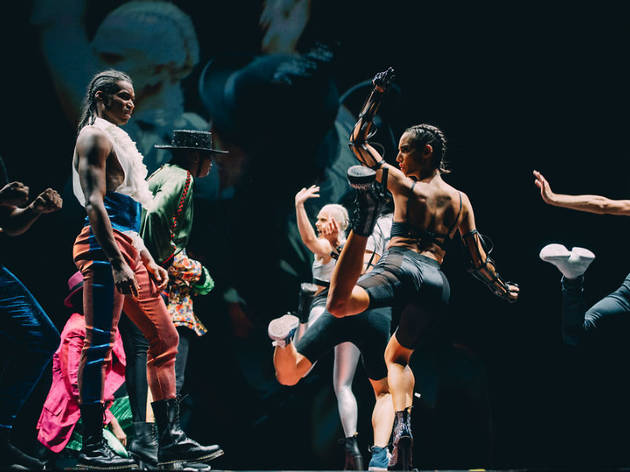 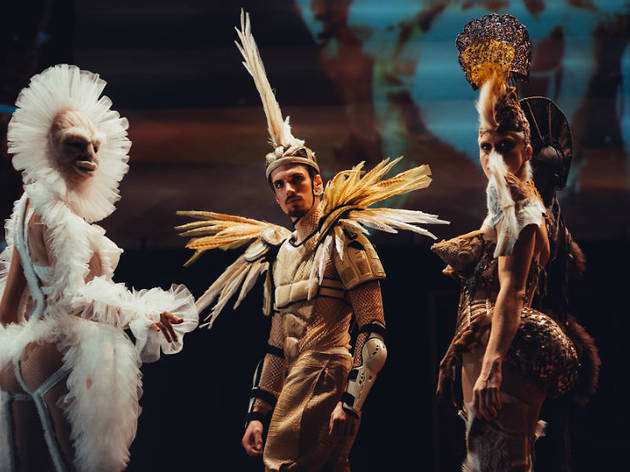 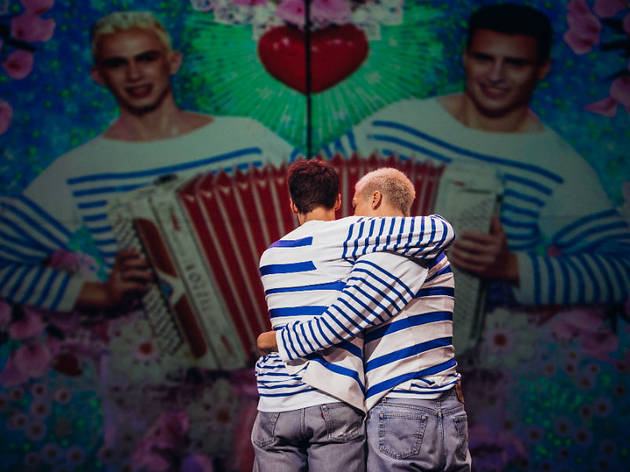 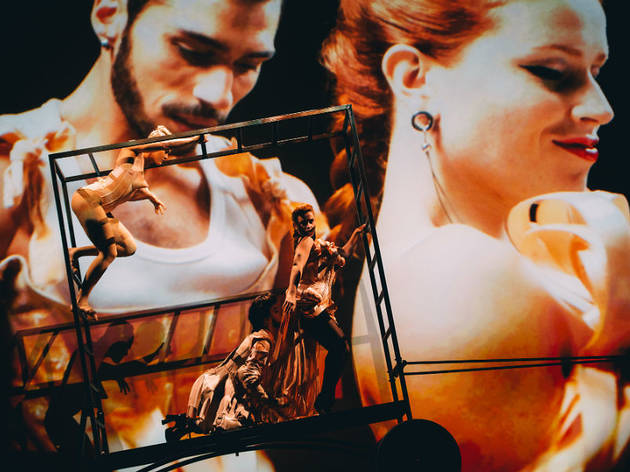 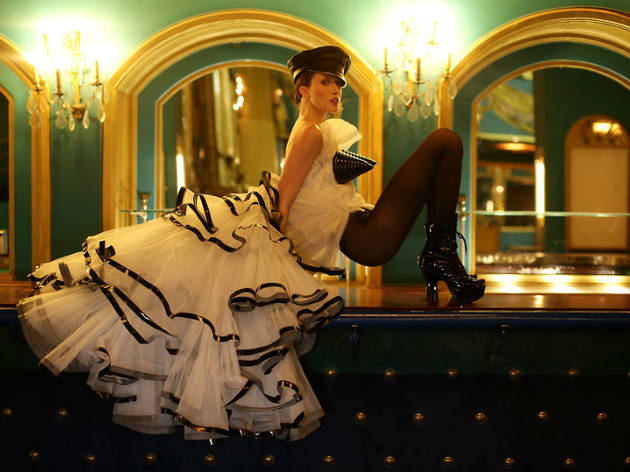 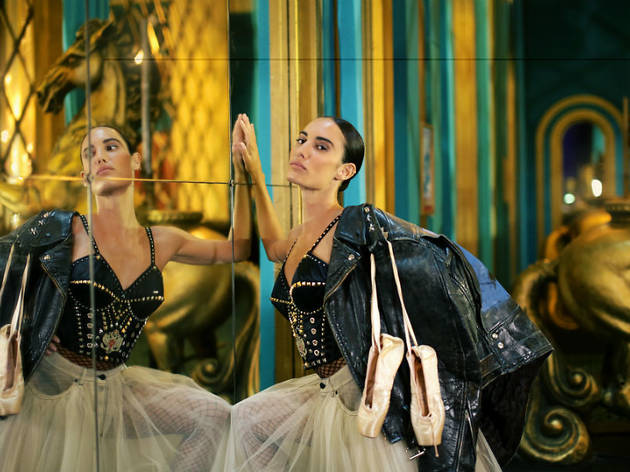 Jean Paul Gaultier has found the perfect format for his autobiography. A grand, genderqueer, tits-out revue in the tradition of the Folies Bérgere, where this show ran in Paris prior to its London debut.

As a piece of catwalk spectacle, it’s a roaring success. As a cabaret, less so. Typically in cabaret, the costumes are the weakest element of the show. If you’ve got an eye for that sort of thing, it’s not uncommon to clock crooked seams and loose sequins as a singer belts her soul out, or as an aerialist hangs in midair.

Here, the opposite is true. The costumes are so staggering in their originality, wit and construction, they outshine everything else on the stage. And in this big-budget production, with its towering screens and 18-strong cast, there’s always a lot going on on stage.

Written and directed by Gaultier (who doesn’t himself perform), the show’s structure is loosely chronological. We begin with a surreal surgical scene – doctors in silk organza ‘rubber gloves’ – projected onto a huge screen. A young Jean Paul is sewing that iconic, conical bra on to his beloved teddybear. Then, the screen lifts and a troupe of furries emerge for a raucous dance number. Amidst the faux fur and glitter, Maud’Amour, who acts as a sort of emcee for the show, is clad in a bear suit with ‘fur’ made of real feathers, and a silk corset.

Video sketches set the scene between music and dance performances, giving the show a similar feeling to a ‘visual album’ ala Beyoncé’s ‘Lemonade’. These scenes explore the designer’s inspirations, career triumphs and even personal tragedies.

It’s an MTV fever dream, enhanced by a Nile Rodgers-curated soundtrack of camp disco bangers, from Grace Jones’s ‘Nightclubbing’ to his own Chic hit ‘Le Freak’. Unfortunately, the singing by Demi Mondaine, a former contestant on France’s version of ‘The Voice’, is often underwhelming. Gaultier has costumed Kylie and Madonna, but in a rendition of ‘Express Yourself’ Mondaine far from fills the icon’s thigh-high boots.

The show is at its strongest when it hews close to the catwalk. A clownish reimagining of Gaultier’s first fashion show is simultaneously hilarious and an authentic depiction of fashion’s tendency towards behind-the-scenes chaos.

Seeing Gaultier’s universe of muscled sailor boys, punks, courtesans and extravagant aliens embodied by talented dancers and models delivers the show’s strongest emotional kick. It’s a chance to see the creations of a genius up-close and in motion, exactly as their creator intended. Real runways shows are intimidating. This is warm, inclusive and wildly fun. Fashion’s enfant terrible might be all grown up, but the man still has a whole lot of cheek to show.