My Account My Profile Sign out
My Account
Search
Worldwide Europe United Kingdom England London Jeff Wayne’s Musical Version of ‘The War of the Worlds’: The Immersive Experience

Jeff Wayne’s Musical Version of ‘The War of the Worlds’: The Immersive Experience 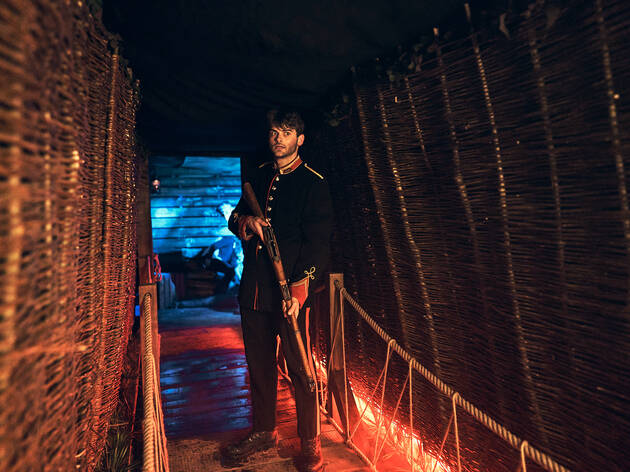 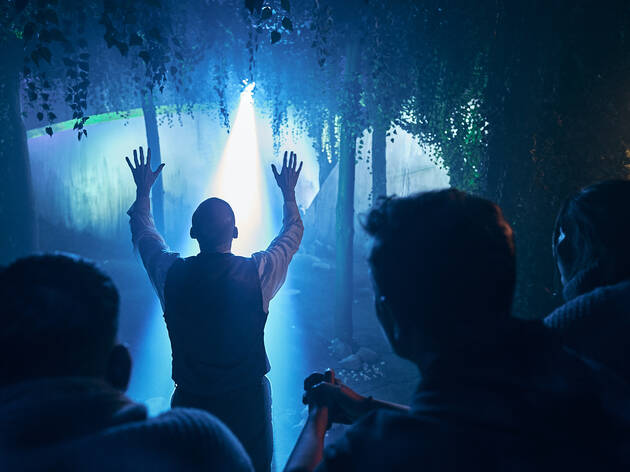 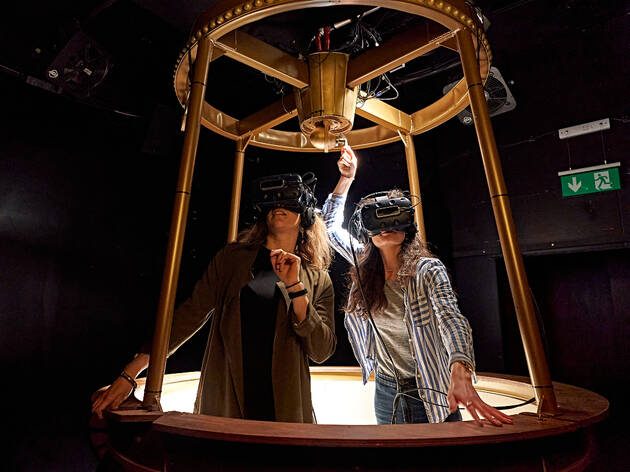 Think the past couple of years have been rough? Try surviving a Martian invasion only to be captured by an enormous fighting machine and having your blood harvested, ‘The Matrix’-style, in a stifling capsule. That’s the 1898 envisaged by H.G. Wells in his pioneering sci-fi thriller ‘The War of the Worlds’, which was then adapted by Jeff Wayne in his 1978 prog sci-fi album, which imbues Wells’s Victorian tale with rock-opera camp and steampunk kitsch.

It’s this rather Marmite pop culture relic that forms the basis of this immersive theatre experience. It launched back in 2019, but it’s changed a fair bit since then. Presumably, techy immersive theatre company Layered Reality has finessed the VR and AR (augmented reality) tech, because now it’s slick AF. In fact, at times it’s terrifying… in the best possible way.

Take for example the moment that I stood, ensconced in a VR-enhanced Fighting Machine capsule, and felt something actually pinch me. I screamed into what (through my VR goggles) I perceived as a hellish Martian human-blood farm. I heard other screams in the distance – my fellow survivors in the booths beside me.

But it’s not all jump scares. The 24 scenes that make up the experience are incredibly varied; as per Jeff Wayne’s album, we follow the path of The Journalist, starting with his first glimpse through a telescope of noxious green gas emerging from Mars. We duck through tunnels, climb through windows and ride hot air balloons, encountering actors who are, for the most part, very much in character. Tonally, the experience oscillates between humour (it’s hard not to laugh at a maid being strangled by a tentacle) and horror – but you know what? It’s probably a lot more fun this way. This new-and-improved version is a bit more sparing in its use of VR than when Time Out has previously reviewed, which means that there are plenty of ‘analogue’ scenes to sneak looks, laughs and screams with your group of friends. You also get more time to appreciate the impressive set design. There is money behind this and the production values are genuinely impressive. The virtual scenes are seriously mind-blowing: the boat ride through a Martian-ravaged London on the Thames, soundtracked by the album’s ’70s-tastic ‘Forever Autumn’ is genuinely breathtaking.

The entire thing goes for a generous two hours, including a 20-minute ‘interval’ at the steampunk-themed Red Weed Bar. By the end, you almost feel at home in Wayne’s Victorian dystopia; if aliens were to invade London, hopefully there’ll be synths and cocktails.