Jeff Wayne's The War of the Worlds 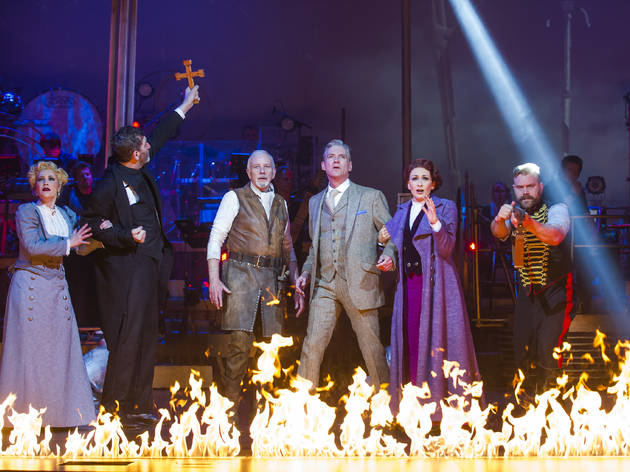 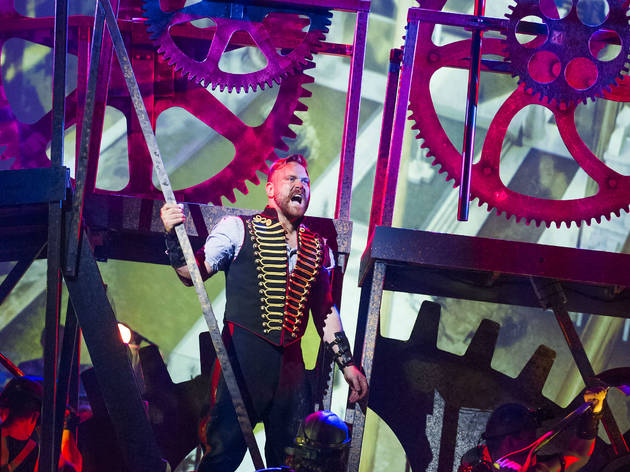 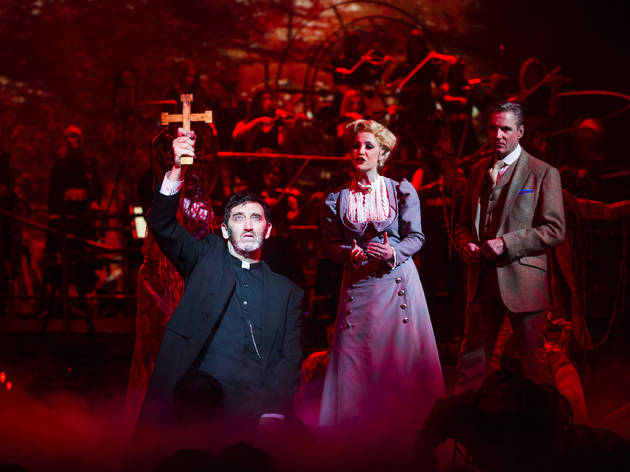 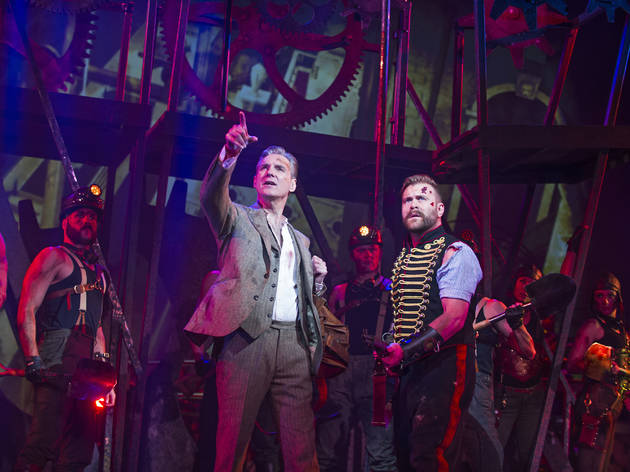 Would HG Wells have still written his 1897 science fiction novella ‘The War of the Worlds’ if he’d known that in just under a century it would be turned into a very silly prog rock album?

Well yes, probably: despite selling approximately 15m copies globally, Jeff Wayne’s 1978 ‘take’ on ‘The War of the Worlds’ has never threatened to eclipse Wells’s seminal work, and is perhaps easiest explained to non-proggers as a sort of lavishly OTT talking book, containing as it does large chunks of Wells’s original prose. Richard Burton served as narrator on the album and in video segments on the first touring version; a few years back he was bumped for a pre-recorded Liam Neeson.

Now, after years of hopping around arenas, the show has been reworked for a full West End stint, and, er, what a show it is. Against a lavish steampunk backdrop Wayne – a cheery little chap in his seventies – enthusiastically (and, one suspects, needlessly) ‘conducts’ a small army of string players and guitarists, who hack out maddeningly catchy symphonic rock. Lights flare, painfully. A video screen descends, to show us sad-eyed Liam Neeson in the role of Wells’s journalist-narrator. He does a bit of speaking, then the screen lifts away, only to distractingly descend again about 30 seconds later, a pattern than continues for the rest of the show.

Eventually the world’s most random human cast shuffles out, with ex-pop stars Daniel Bedingfield, David Essex, Jimmy Nail and Heidi Range each enjoying virtual cameos that rather belie their prominent billing on the poster. Later on they’re joined by puppet spaceships, puppet aliens, puppet war machines, and lots and lots of pyro. In fact, once it gets going the first half mostly consists of pyro, as the invading Martians proceed to blow up the entirety of middle England with their nefarious heat rays. Occasionally there’s a song – ‘The Eve of War’ and ‘Forever Autumn’ are the keepers – but mostly it’s just pulsating, motif-laden instrumental rock.

Er. I mean look. Wayne’s ‘War of the Worlds’ is a totally preposterous piece of entertainment. But it’s hard to imagine anybody not already a fan of the album buying a ticket, and even as a non-fan I kind of enjoyed its cynicism-free excess. If you expect to like it, you probably will, and more power to you, you crazy prog-loving bastard, you.