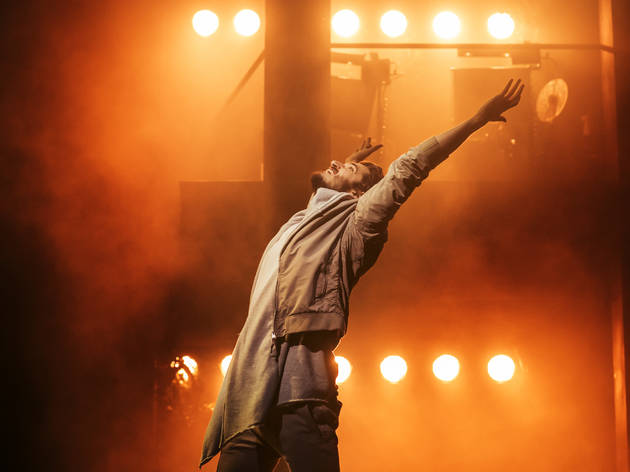 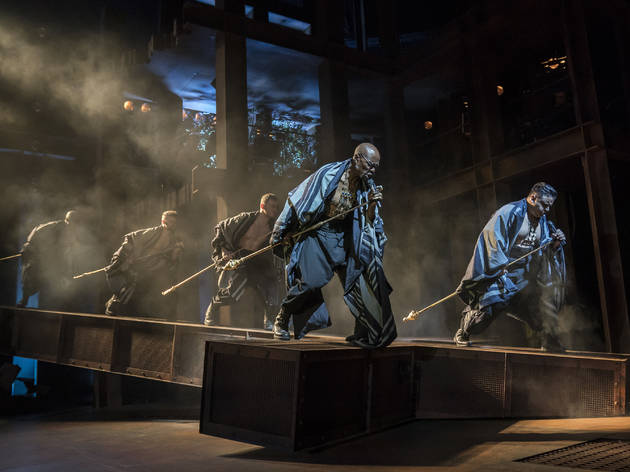 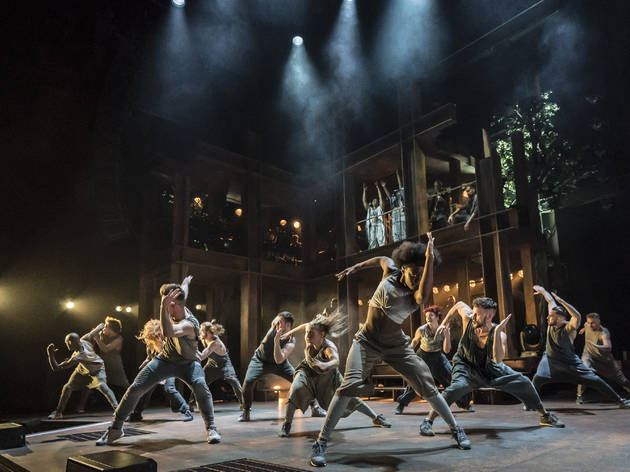 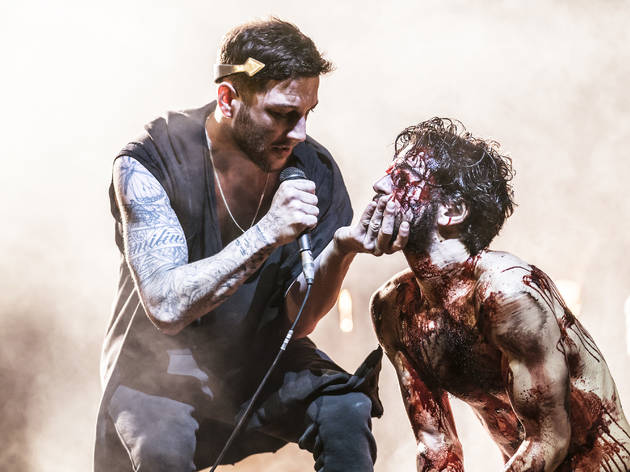 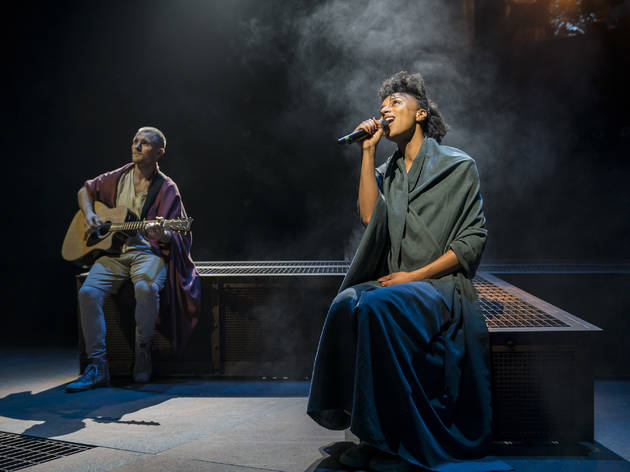 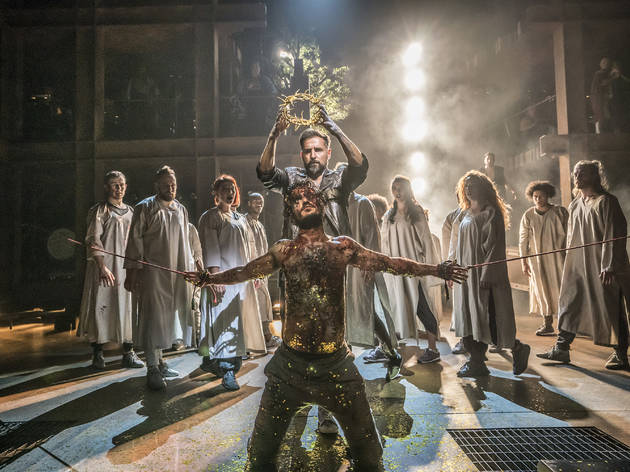 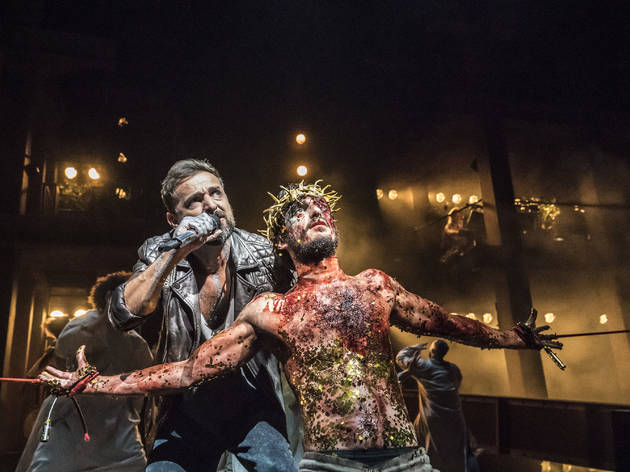 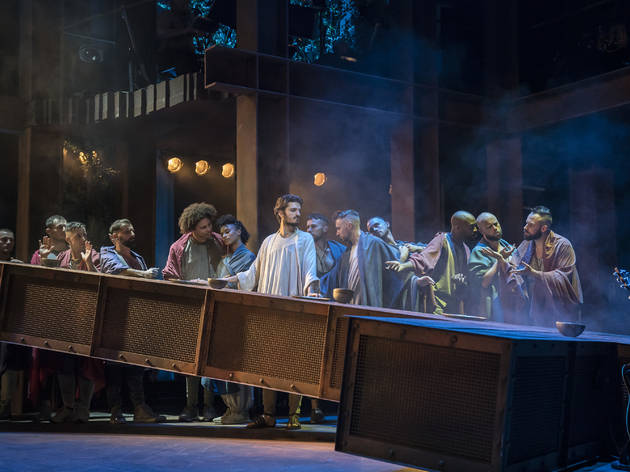 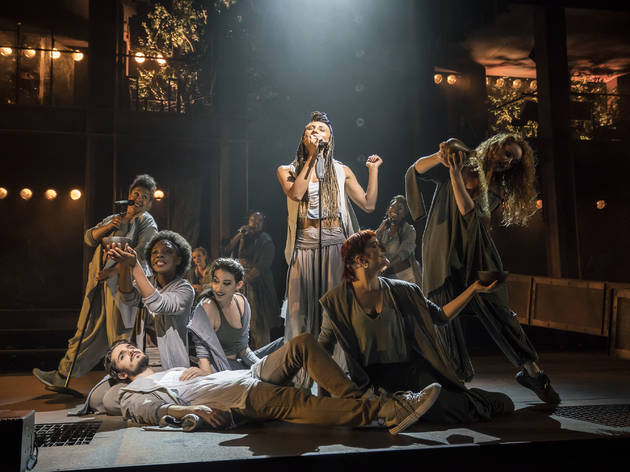 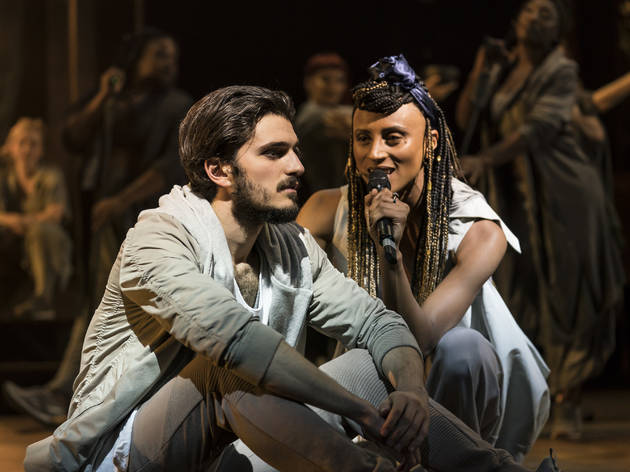 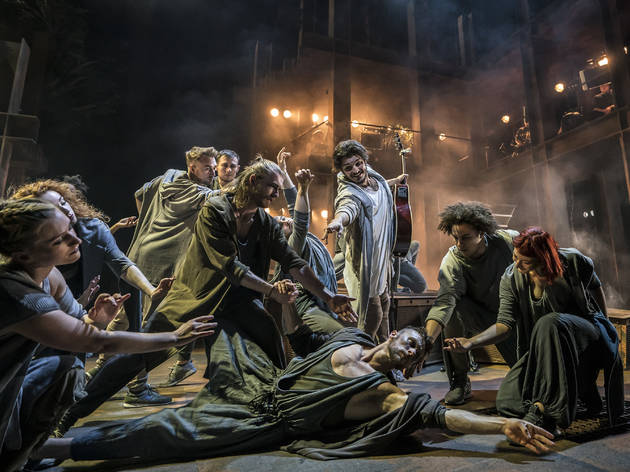 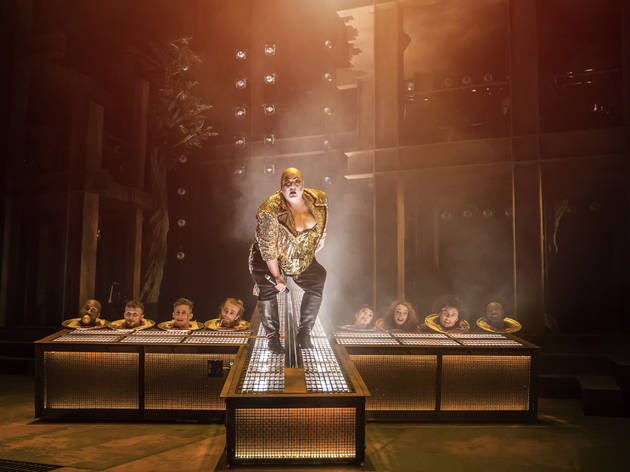 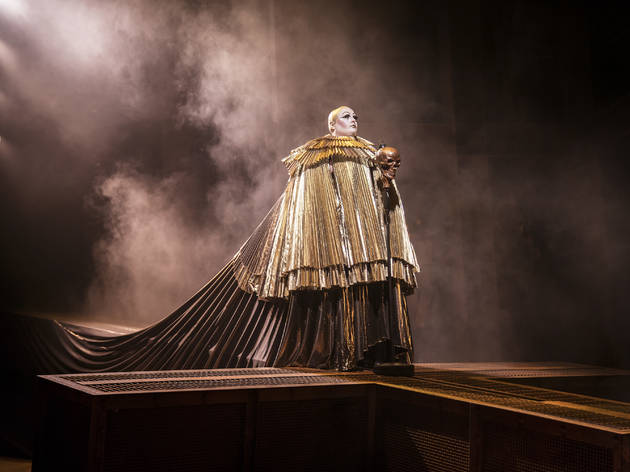 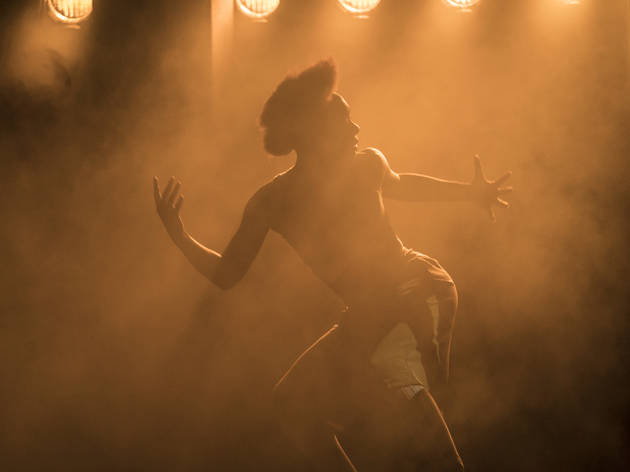 First seen in 2016 at Regent’s Park Open Air Theatre, Timothy Sheader’s bombastic revival of Andrew Lloyd Webber’s rock opera arrives at the Barbican with superstar ratings, even if it’s lost some of its, well, superstar turns.

It looks incredible: Tom Scutt’s set of rusty girders and a cross-shaped catwalk is moodily, then gloriously, lit by Lee Curran, especially a final, ascending beam of light behind the crucifixion. But the real touchstone is the show’s concert origins: characters swagger around the stage clutching microphones, or moon over acoustic guitars; later, electrical cords are the things they’re bound and hung by. But this staging also allows for rock-god excess, and it’s showered in gold and glitter. Herod is high-camp in a gold cape; Judas’s hands are dipped in silver for all to see, branded guilty by gilt.

Drew McOnie’s edgy choreography turns the cast into a mob, whether united in juddering, convulsive devotion, or baying for blood. There’s a low-slung, swaggering looseness to the big chorus numbers that feels pleasingly modern, matched by costumes of artfully drapey grey marl: Jesus’s followers look like they’ve been dragged backwards through a branch of AllSaints.

It also sounds incredible: musical director Ed Bussey drives relentlessly down the rock route, with an electrifying live band on set, turned up loud. There’s no syrupy musical sentimentalism – although the groovy ’70s stylings show their age, it’s a lot of fun, especially in the completely ecstatic title-track finale. It’s hard to imagine that being bettered, really.

But this aural thumping comes at cost, especially in the first half for some reason, when a lot of lyrics are simply lost in the maelstrom – to the extent that you’re not just missing the subtleties of Tim Rice’s audacious Biblical rewrite, but struggling to follow it at times. I went with someone who didn’t know this sung-through musical at all, and they were baffled by the time the interval arrived.

Tyrone Huntley made his name as Judas in this production a few years ago; Ricardo Afonso is eventually riveting in the role, but doesn’t really come into focus until the more anguished second half. The same with Robert Tripolino’s Jesus, who initially feels shallow and underpowered, more like a hip, irritatingly earnest wellness guru with a massive Instagram following than the messiah. Samuel Buttery is fun as Herod, while Matt Cardle goes for broke as Pilate, initially snarky but ultimately driven to distraction by the mob’s bloodlust; Sallay Garnett makes for an enigmatic Mary Magdalene, with a chocolate-rich voice.

But maybe character development is a fair exchange for spectacle in this case, and while Sheader’s production may be indoors this summer, it still feels like it shoots Lloyd Webber’s musical out of a very loud glitter cannon.