‘Jesus Hopped the 'A' Train’ review 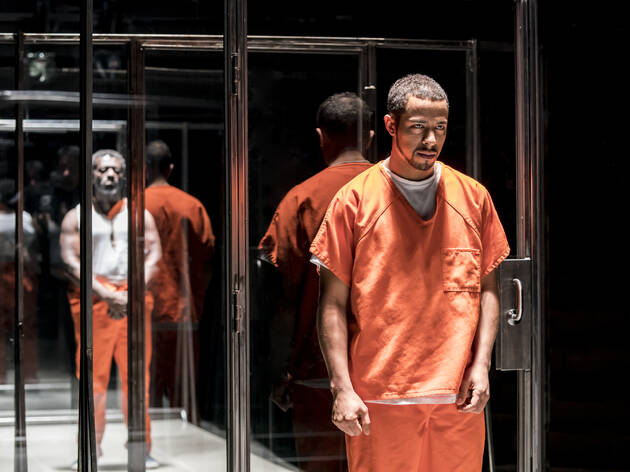 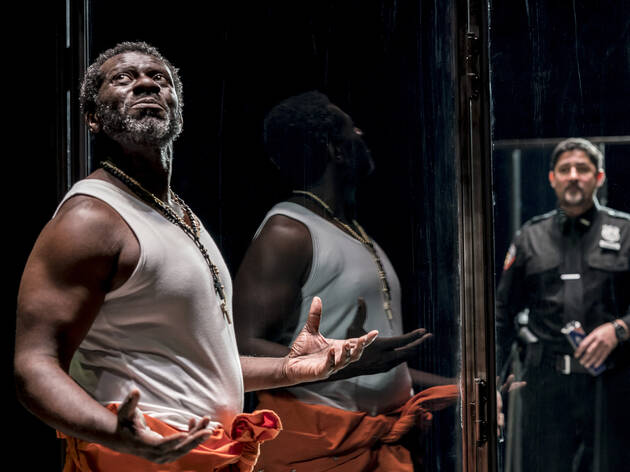 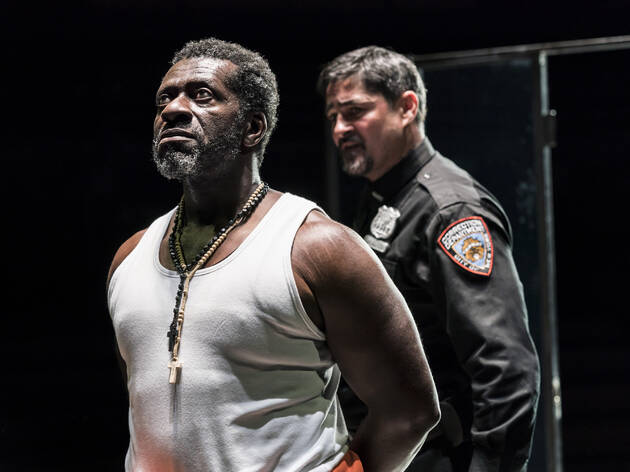 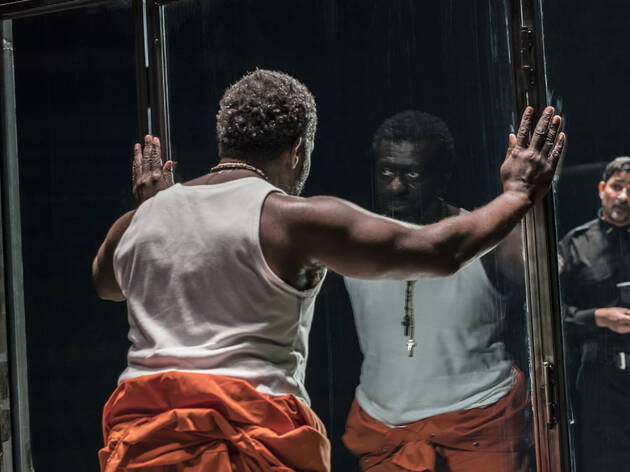 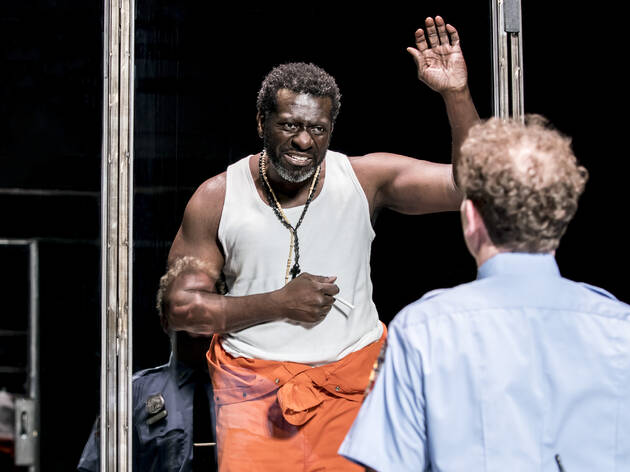 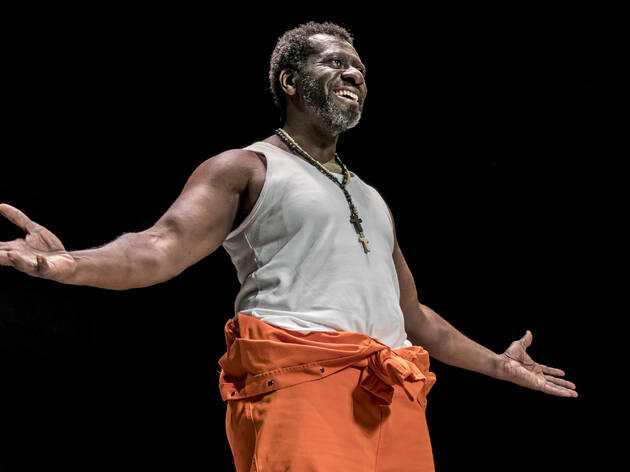 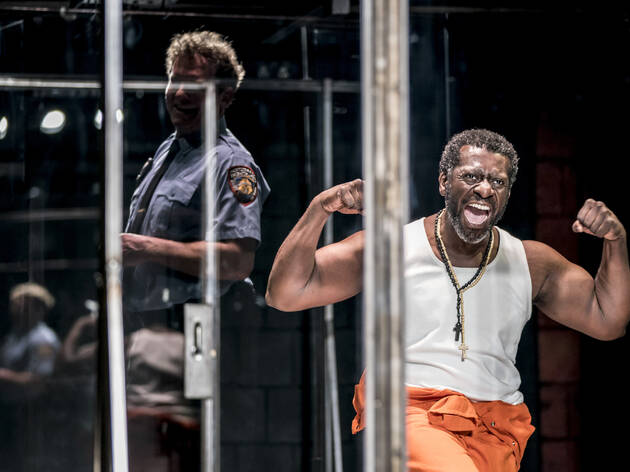 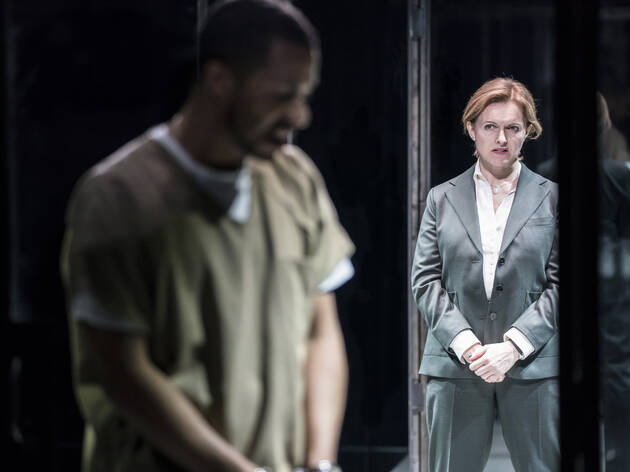 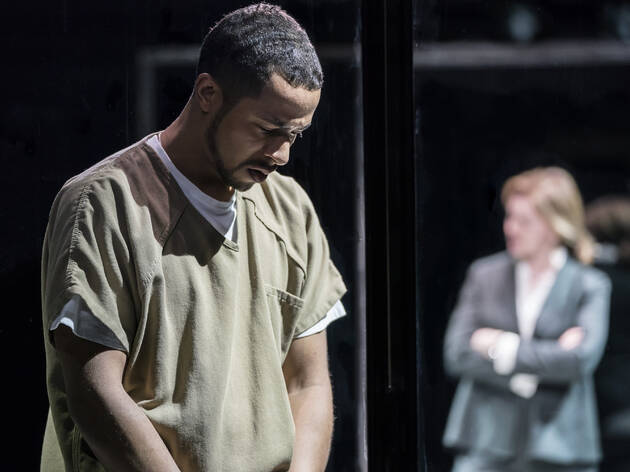 Stephen Adly Guirgis’s abrasive, irreverent 2000 black comedy about a couple of inmates in a New York prison is something of a modern standard in the US, and it hasn’t been so long since the last London production. But as the final part of Kwame Kwei-Armah's debut Young Vic season it stands up strongly, and if there’s a lack of names in the cast, then imported US actor Oberon K A Adjepong is well worth whatever effort it took to bring him over.

He plays Lucius, an inmate we first encounter in what seems like a state of preternatural zen, having a warm, even neighbourly conversation with one of the prison guards. It is fairly obvious from the way the guard jokes about Lucius’s ‘celebrity’ that he’s done something utterly horrific; thus it proves. But in this play’s alternately sympathetic and sarcastic interrogation of faith, redemption and rehabilitation, we never exactly lose sympathy for this presumably very ill man, who has attained an enviable sense of peace behind bars. In part this comes down to Adjepong’s towering performance: his turn is almost shamanic, both more than and less than human; he doesn’t regret the appalling things he did, it’s simply outside his nature to worry about them.

In stark contrast, hotheaded young Angel (Ukweli Roach, impressively unrecognisable from his last stage role, ‘Nightfall’ at the Bridge) is on trial for murder. He intentionally only shot his victim – the leader of a cult who had brainwashed his best friend – ‘in the ass’. Unfortunately, a subsequent heart attack proved fatal, and Angel is now horrified to find himself looking at life. On paper, his only hope is his cocky defence lawyer, Mary (Dervla Kirwan). But then he encounters Lucius, and becomes indoctrinated in his strange way of looking at the world.

Bitingly, blackly funny, and with deathlessly sharp dialogue, ‘Jesus Hopped the “A” Train’ isn’t a realist play and is probably not a great primer for the US prison system. Message-wise, it is a little diffuse, and feels about two drafts away from profundity. But that's not necessarily what Guirgis was aiming for. His sardonic observations on the nature of redemption are wilfully bereft of a clear message, but they come with a battered, caustic wisdom, and the plot’s many twists and revelations are genuinely gripping, rather than gimmicky.

Kate Hewitt directs a whipsmart traverse production, pared down and brutal, with a wider world outside of Angel and Lucius’s cells conjured by Peter Rice’s excellent, battering sound design.

On any given night in America you can probably see a production of this play somewhere – but it’s a rare production that’ll have the kinetic oomph of this stylish Brit take.