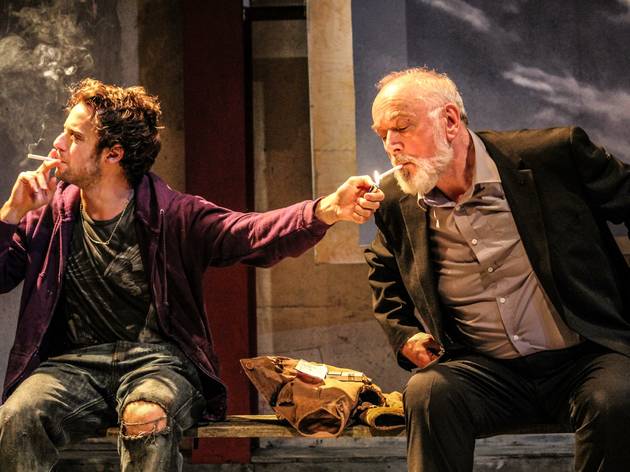 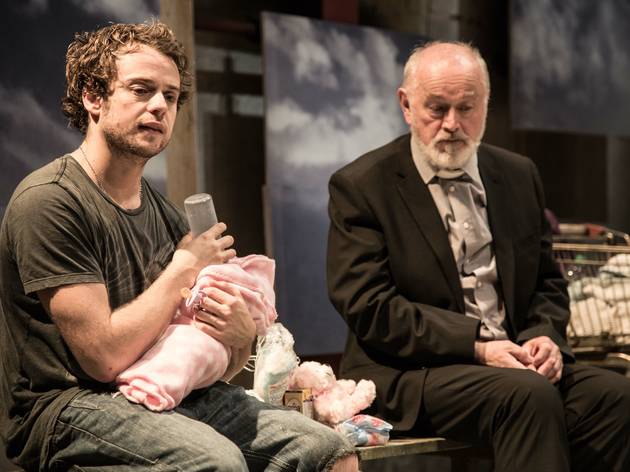 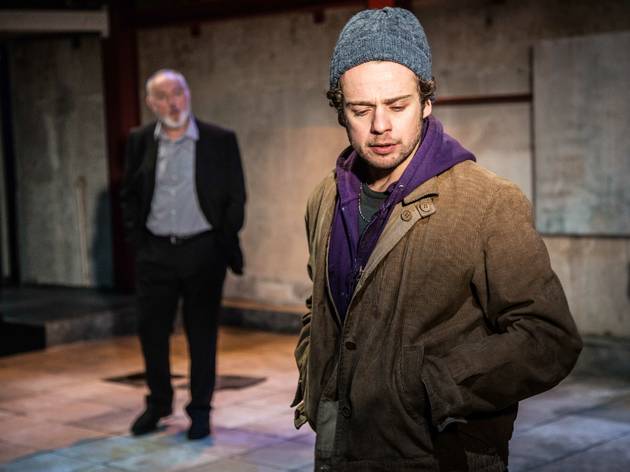 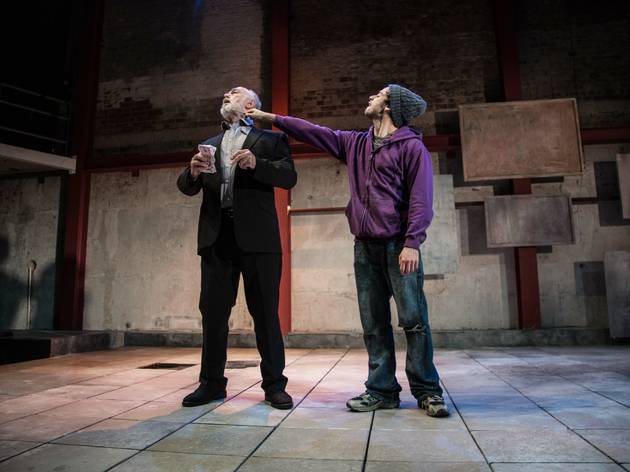 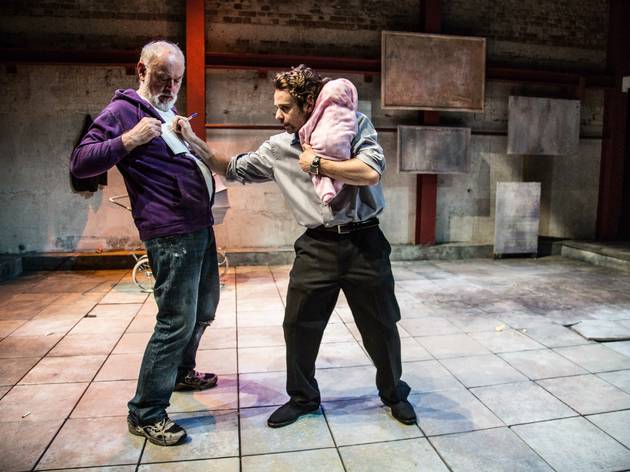 Robert Holman is one of those writers who’s incredibly influential and admired while having never achieved the wider recognition of some of his peers, like David Hare and Caryl Churchill. Watching Tim Stark’s revival of his 2008 play, first performed at Manchester’s Royal Exchange, it is very easy to see why he’s considered a dramatist’s dramatist. The writing is crystalline but tender, meaty as well as stark.

‘Jonah and Otto’ takes the form of a two-hander in which two men – one older, more contained and a man of the cloth, the other younger, shabby and impish, ‘a mischief maker’ and a father, trailing a baby in a shopping trolley – meet in a kind of coastal nowhere. Though they initially seem to be opposites in terms of age, social standing and education, they find they share common ground and slowly reveal themselves to one another, opening up and sharing their secrets. This cumulates in a process of exchange which is at once an act of theft but also one of discovery and transference.

Peter Egan and Alex Waldmann both give richly textured performances, finding in-roads into the poetic, vivid yet often enigmatic language. There’s a generosity, too: they give each other room to breathe. Apt, in a play which is as much about listening as it is about talking. Egan is measured but aching, savouring each exhalation as he smokes his cigarette, while Waldmann is tense and fizzy, his character wary of ‘the birds’ in his head which trigger his seizures, his initial spikiness softening as the men grow closer.

Simon Bejer’s spare set, with its concealed panels and moveable flagstones, is a bit chilly even when warmed by Geraint Pughe’s lighting. But while Stark’s gentle production, with its lengthy fades to grey, is occasionally rather stately in pace, it is oddly hypnotic and never less than compelling.