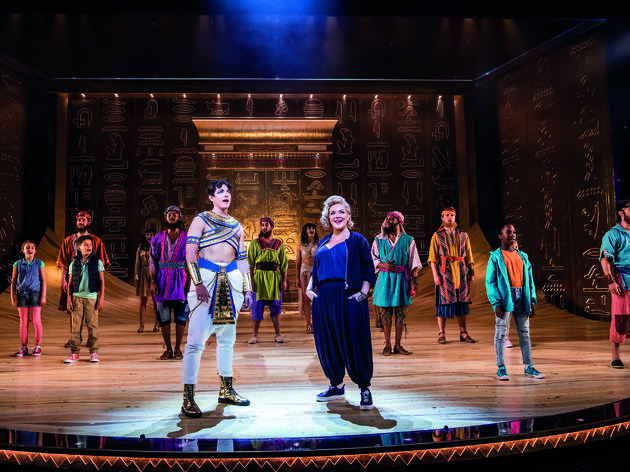 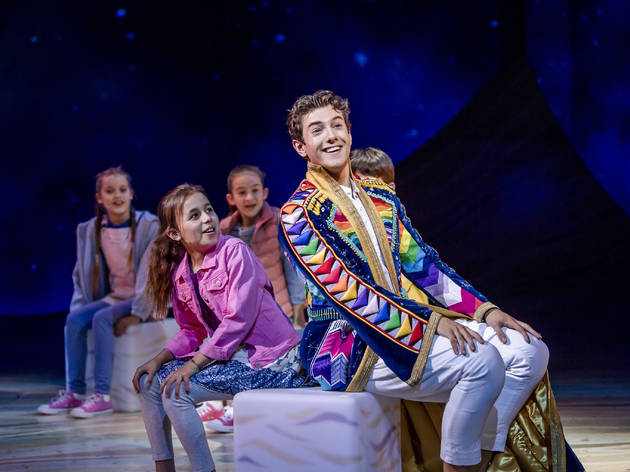 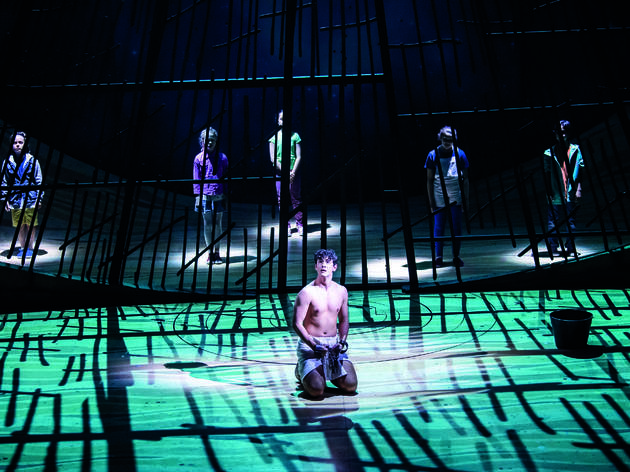 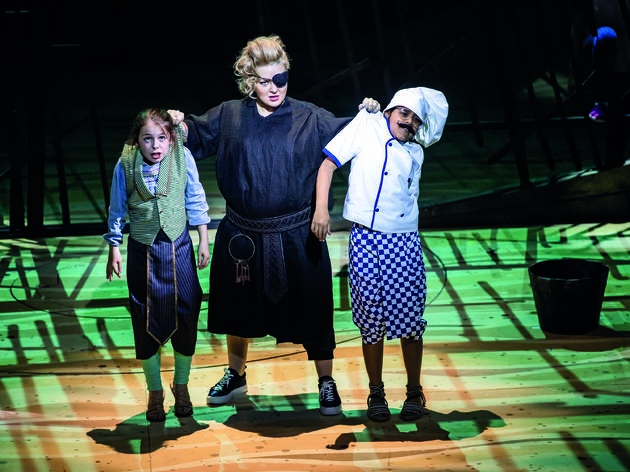 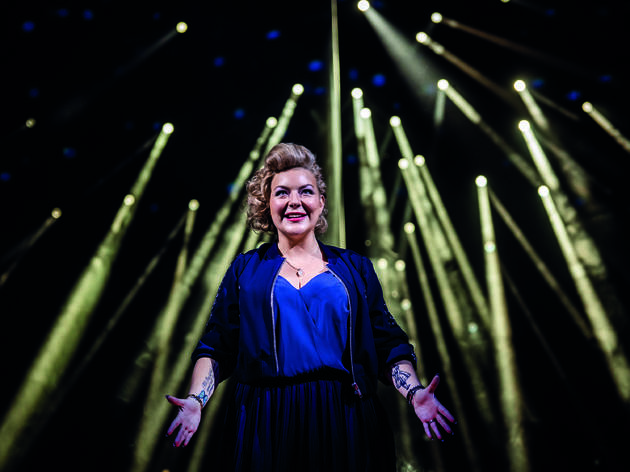 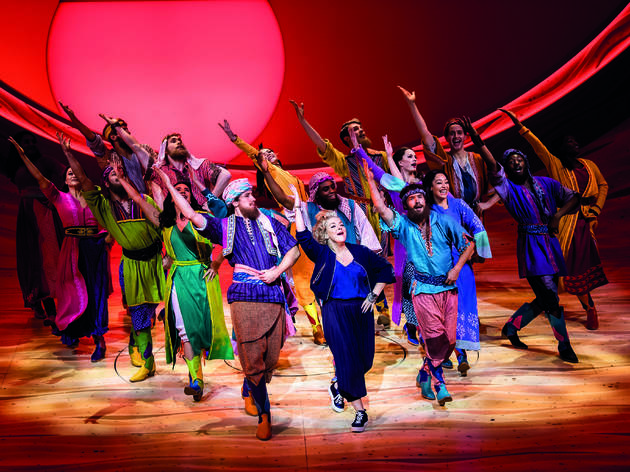 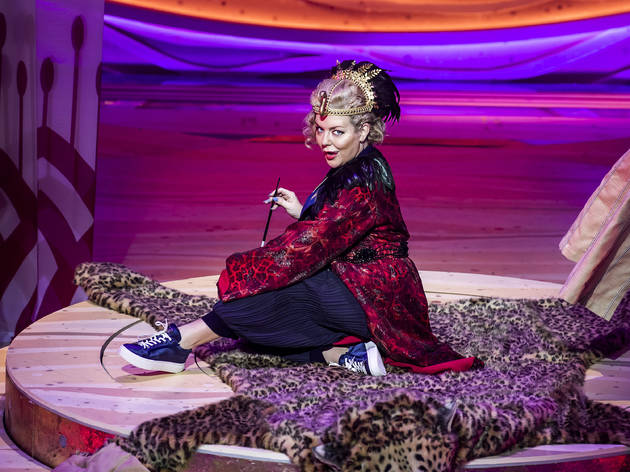 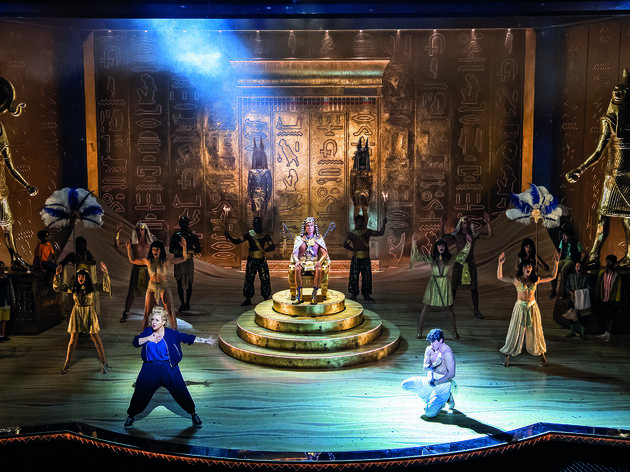 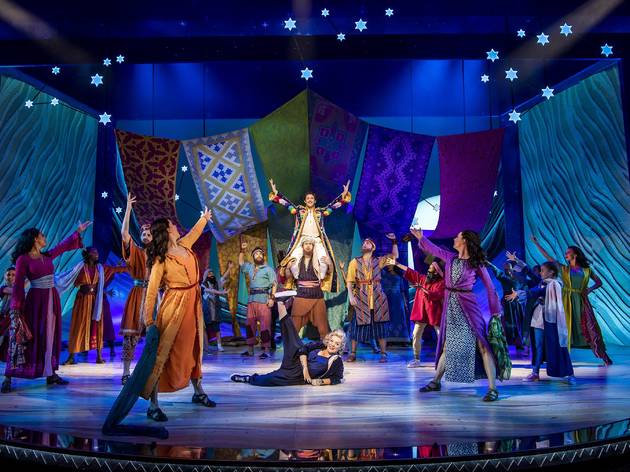 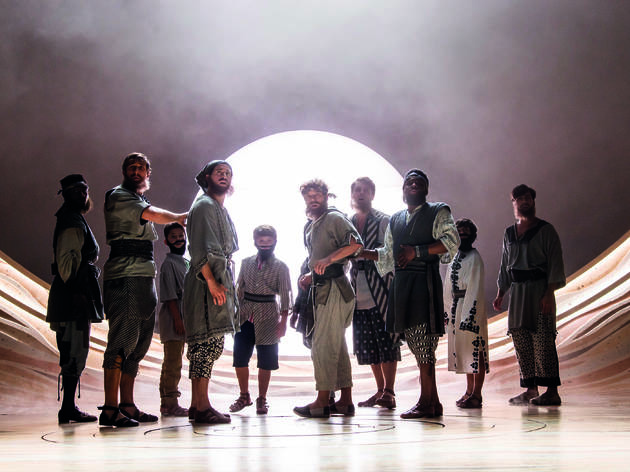 'Joseph' returns to the Palladium in 2021; this review is from its July 2019 premiere. Jason Donovan and Jac Yarrow will return, with Alexandra Burke and Linzi Hateley sharing the role of Narrator.

There are some very cool new versions of the early works of Andrew Lloyd Webber and Tim Rice doing the rounds in London at the moment.

‘Joseph and the Amazing Technicolor Dreamcoat’ isn’t one of them. It remains sweet, silly, reasonably lovable ‘Joseph…’, in a lavish but lightweight revival from Laurence Connor, director of Lloyd Webber’s recent smash ‘School of Rock’.

Of course you’re not going to get much grit out of ‘Joseph…’, which was written as a primary school play back in 1968. And Connor and his team have fun playing with the Book of Genesis-inspired musical’s origins. Despite the obviously enormous budget, there’s a wilful am-dram larkiness to the whole thing: the cast is peppered with child performers, several of them playing adults and wearing crappy false beards, while many of the props – camels made from bicycles, towering golden statues – manage to simultaneously look incredibly expensive and like they cost about 5p.

Sure, the actual Old Testament tale that ‘Joseph…’ is based on is kind of dark. But Rice’s lyrics put an irreverently jolly spin on the whole thing. (Short version: Joseph is given a fancy coat by his dad, sold into slavery by his jealous brothers then grafts his way to the top of Egyptian society through his powers of dream interpretation.) It also has gigantic tunes, energetic and varied songs, which are given a sumptuous orchestration here. In the title role, newcomer Jac Yarrow demonstrates a terrific pair of lungs and a winningly peppy charisma.

Unfortunately the show has the emotional heft of a beetroot, and is so flyaway that some of the iffier stuff seems worse than it might in a work of greater substance.

Sure, I’m being a killjoy, but I can’t be the first person to wonder if its upbeat but crude depiction of the Middle East is entirely okay. I mean, most of it is fairly harmless, but we’ve all read ‘Orientalism’, right? No matter how ironic it’s being, the lurid portrayal of Egypt as a land of the Sexy Exotic Other is really quite icky. And the less said about the calypso number the better.

The Egypt scenes are also burdened with a pretty weird turn from Jason Donovan, in the cameo-ish role of the Pharaoh. For whatever reason, his vocals were almost indecipherable, meaning my companion (a heathen) was oblivious to what the Pharaoh’s dream actually was – a fairly major plot point that I had to explain in the pub after.

Finally, let’s talk Sheridan Smith. She is a major piece of casting for the role of Narrator, which has been bulked up a little by folding in a couple of minor characters. She can dance, she can sing, she can just about carry off an unfathomably horrible tracksuit and she more or less holds the whole show together through charisma and knowing looks. In some ways she’s the best thing here. But she’s also underused as a talent, a brilliant, double-Olivier-winning actor, basically drafted in to play a knockabout version of Sheridan Smith: National Treasure.

Look, it’s a kids’ show with some winning songs and the budget of a small nation state. Of course it’s fun. But there’s no great revelation in this revival – it’s just a 50-year-old musical coasting on bright tunes and arched eyebrows.