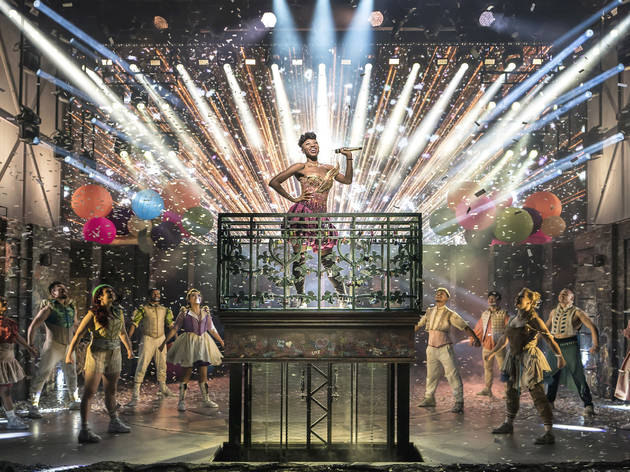 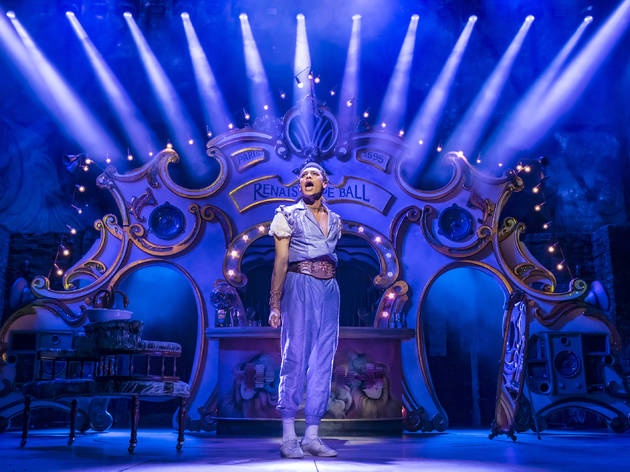 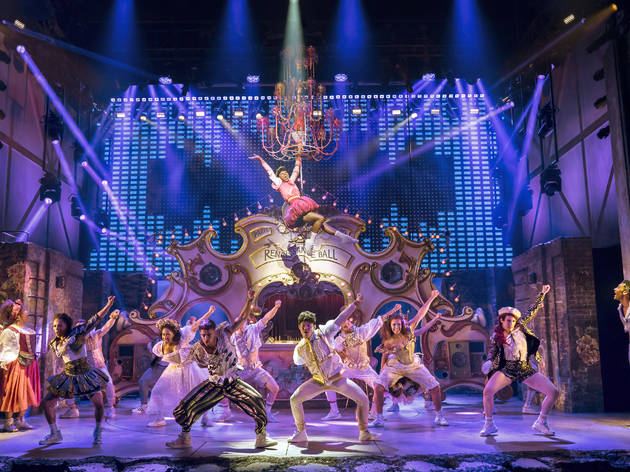 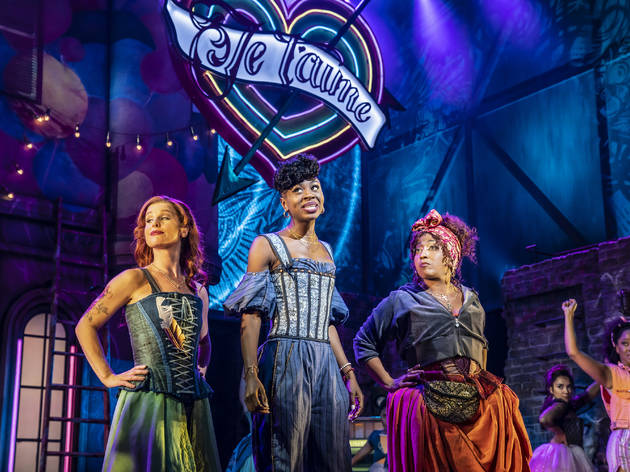 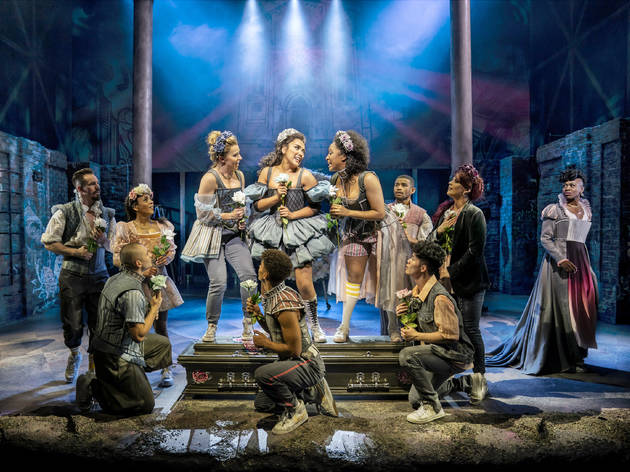 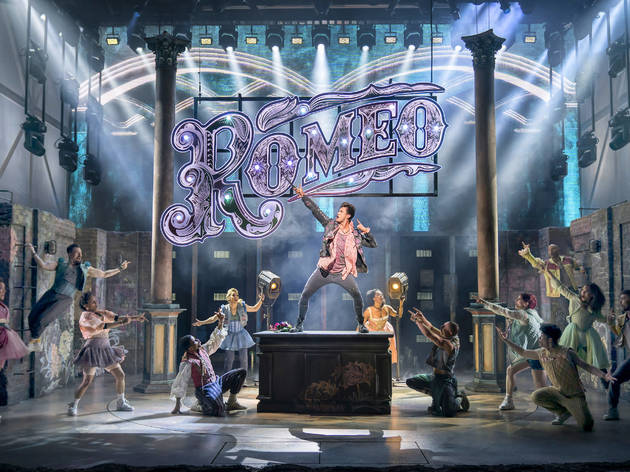 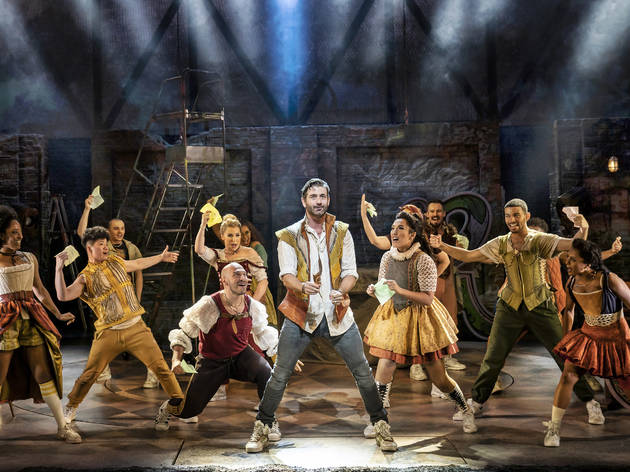 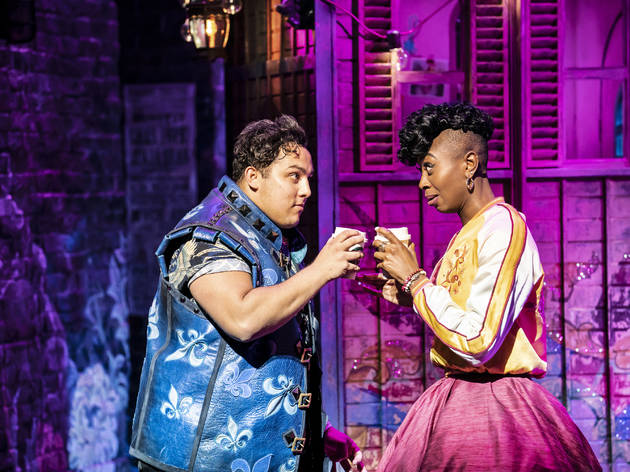 Joyously daft musical riff on ‘Romeo & Juliet’, based on the hits of pop maestro Max Martin

‘& Juliet’ is a heavily ironic Shakespeare rewrite based on the songs of super-producer Max Martin. And with the gift of that knowledge, I can fairly confidently state that you’ll probably like ‘& Juliet’ almost precisely as much as you expect to like ‘& Juliet’.

Me, I grew up with Martin’s greatest hits: Britney Spears and Backstreet Boys dominated the radio when I was at school, and while I’ve never spent a single penny on his music, I’ve probably spent days of my life listening to it. These were Big Tunes to start with, and in ‘& Juliet’ they sound immense, reconfigured into lush new Tudor-nodding arrangements (a harpsichord features prominently). Most crucially, in a musical that Martin is heavily involved with, they’re deployed in ways that always find some emotional connection to the plot (by no means a given in a jukebox musical – *takes a long, hard stare at ‘Mamma Mia!’*).

The plot is fun provided you refuse to take any of what happens seriously. It’s basically ‘Romeo & Juliet’ rewritten into a sort of woke panto. The Bard of Avon (Oliver Tompsett, channelling a mid-tier ‘Love Island’ contestant) is very pleased with himself for having written the play. But his wife Anne Hathaway (Cassidy Janson, scene-stealingly bolshy) has other ideas. She browbeats Will into allowing Juliet to survive then persuades him to let her rewrite the play as an empowering feminist road trip for Juliet and her gal (and non-binary) pals. A lot of wilfully silly, somewhat subversive, occasionally meta-theatrical things happen; it is a hoot.

Aside from the epochal tunes and daft story, huge performances and slick visuals are at the heart of a musical that’s clearly not an actual classic but absolutely makes the most of what it has. Janson is a scream as Hathaway, who is bored of her husband’s gadding about to London and decides to rebel; Melanie La Barrie is great fun as Juliet’s seen-it-all Nurse; Tompsett is a self-regarding treat as Shakespeare; and at the risk of spoilering, Jordan Luke Gage is almost religiously ridiculous as Romeo, written back into the musical by Shakepeare in a fit of pique. And it looks fabulous: if Paloma Young’s witty neo-Elizabethan costumes don’t win her an Olivier, it’s basically a war crime.

Did I have problems with it? Hell yes! A musical that presents itself as a spunky feminist corrective to Shakespeare, that is itself the creation of a male songwriter, book writer (David West Read) and director (Luke Sheppard), is clearly guilty of some fairly shameless hypocrisy. It is definitely too pleased with itself. And while the boys have undeniably cooked up a fine female character in Janson’s Anne Hathaway, their phenomenally talented lead, Miriam-Teak Lee, feels underserved. Despite pyrotechnic vocals and style so sharp it’s physically painful, it does feel like somebody forgot to write her Juliet an actual personality.

Still, at this stage in the history of Western civilisation it would be a bit ridiculous to say Max Martin can’t write words for female performers, and it’s his soaring anthems that give Juliet her heart. Yes, it’s all executed a bit gauchely, but its foregrounding of female and queer characters feels sweet, sincere and well-meaning – an appreciative acknowledgement of Martin’s own audience. Obviously it’s going to be a lot more fun after a bottle or two of Lambrini. But it is absolutely unafraid to be that show, and I dare say Shakespeare would be tickled by the whole thing. And if he wouldn’t be, who cares? He’s really not the target audience.

Interview: Max Martin talks us through the six biggest bangers in ‘& Juliet’.