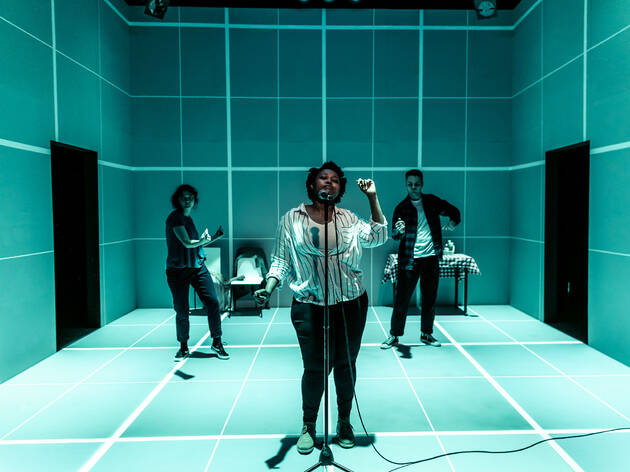 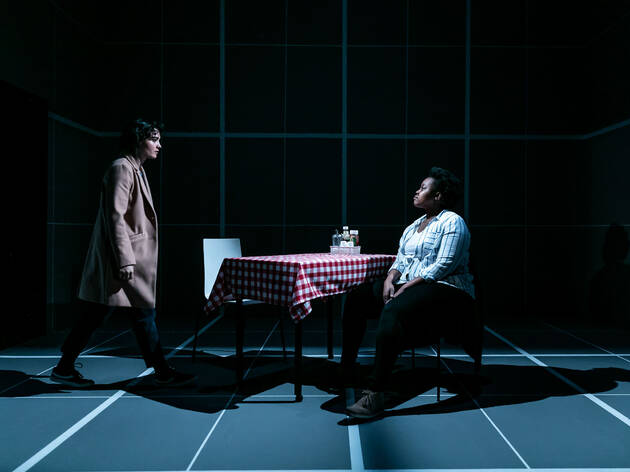 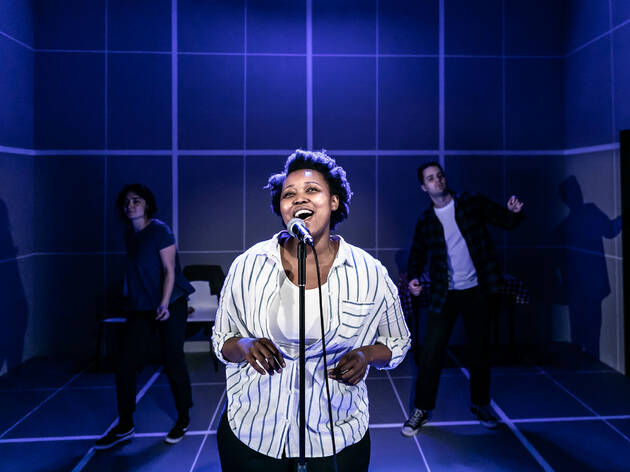 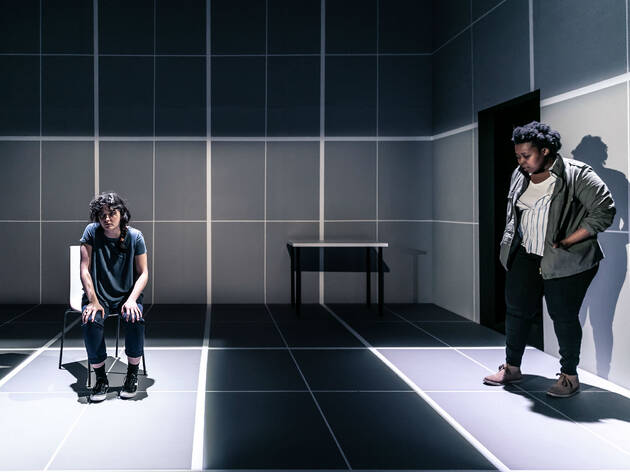 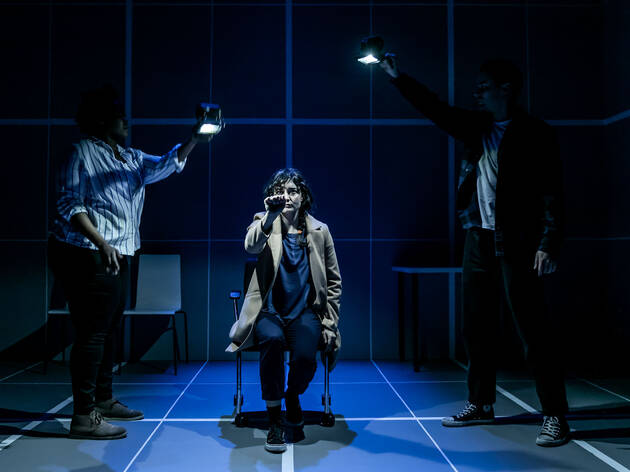 Smart, creepy and unexpected drama about our lives under surveillance culture

You’re being watched. But you knew that, right? CCTV cameras, targeted online advertising, Oyster bleeps mapping every journey. A heightened awareness of being constantly monitored isn’t exactly new, especially following the Cambridge Analytica scandal. Which makes it all the more impressive that the Engineer Theatre Collective manage to take this overwrought subject in a genuinely surprising direction.

It starts predictably enough. Kat (Beatrice Scirocchi) is a lonely A&E nurse balancing being screeched at in the hospital with lonely microwaved dinners in front of a FaceTime conversation with her best friend (maybe girlfriend?) who’s on the ‘trip of a lifetime’ Kat should have gone on. Her dad’s extremely ill, her brother’s shady and her one frenemy won’t even support her through a set of crunches in the gym.

The millennial references stack up. Empty Pret drinks bottles totter over Kat’s head, she wakes up to read Twitterstorms and a guy turns up to the emergency department with an avocado-slicing injury.

It all feels a bit too predictable, a bit too ‘isn’t this modern life shite?’. At points the plot slightly stretches credulity. But just when you think you’ve got the measure of the piece, it veers off to a much more interesting place.

Some great performances help with that. Luyanda Unati Lewis-Nyawo (fresh from being brilliant in the Young Vic’s ‘The Convert’ a few months ago) makes the security guard befriended by Scirocchi’s naïve Kat simultaneously charming and utterly creepy.

Ultimately – without spoilers – ‘Keep Watching’ asks if, despite the protestations, there’s a dynamic to being watched that people like. Whether that’s a bearded old man on a cloud listening to prayers or an ever-present flirtatious stranger whispering sweet nothings (or, in this case, transport advice) in our ears, isn’t there something just a little bit nice about knowing you’re never alone?