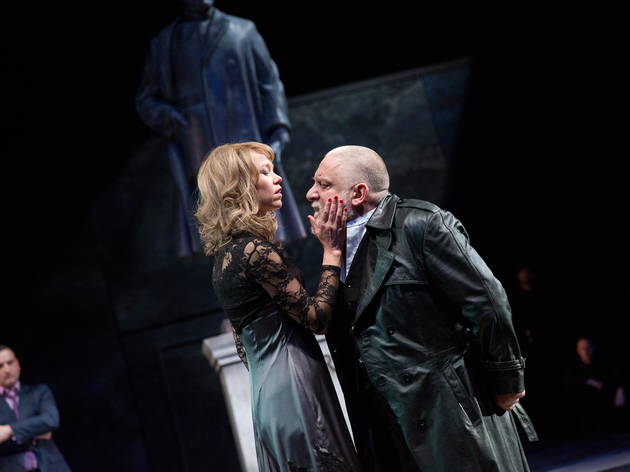 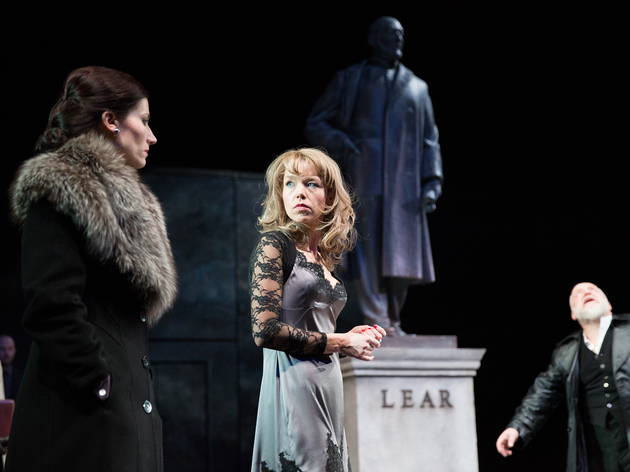 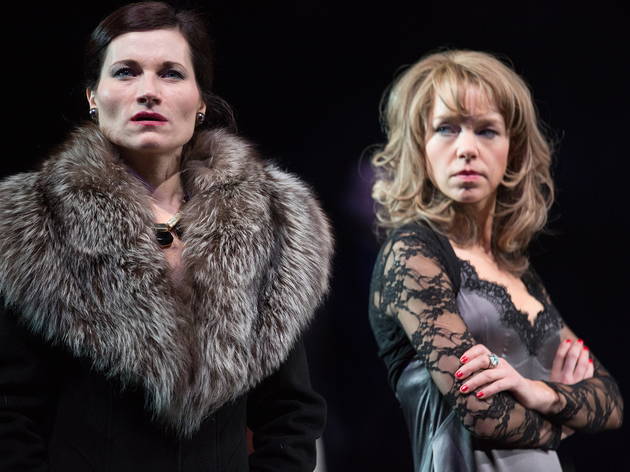 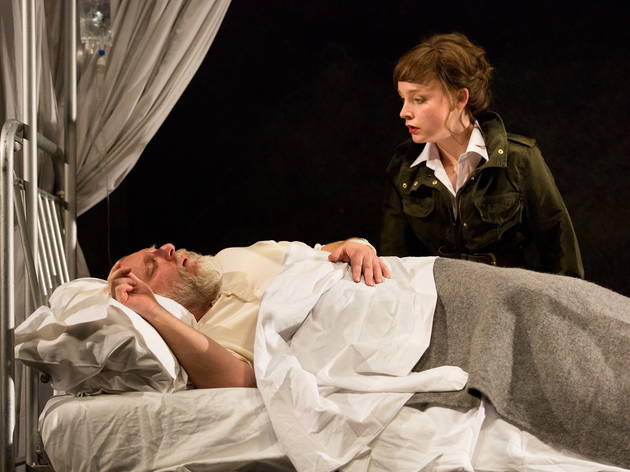 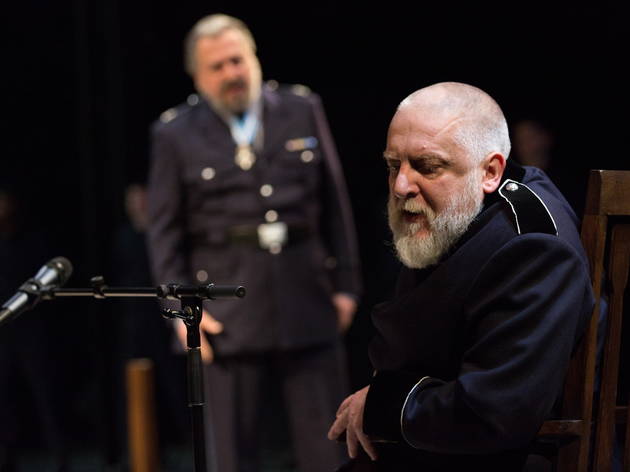 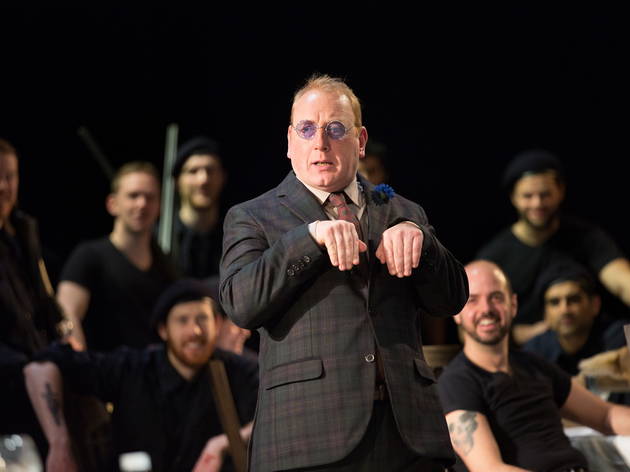 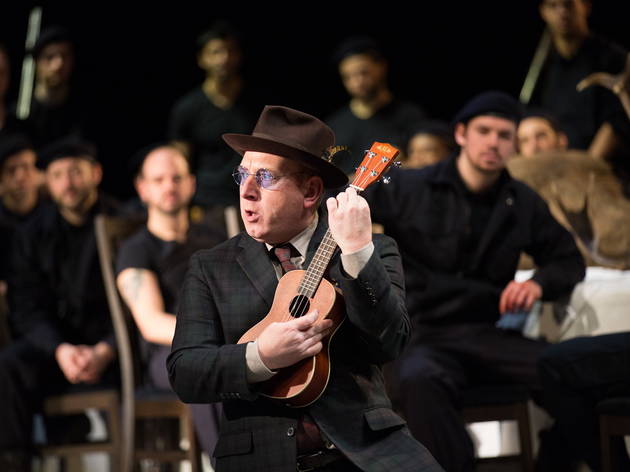 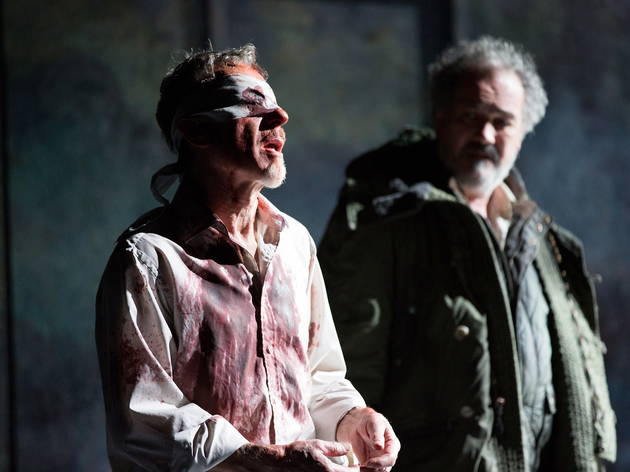 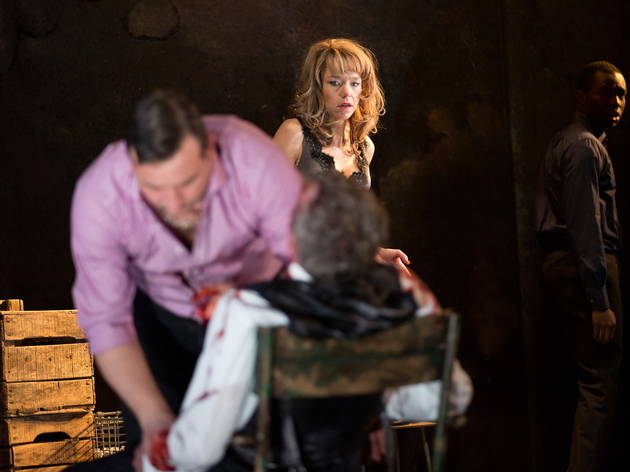 Once upon a time, Sam Mendes did small: he made his name in theatre as the boss of the bijou Donmar Warehouse, then broke into Hollywood with provocative indie flick ‘American Beauty’.

These days Sam Mendes does MASSIVE: the last theatre show he directed was the West End’s gargantuan ‘Charlie and the Chocolate Factory’, the last film he helmed was the billion dollar-grossing ‘Skyfall’.

It is fair to say that his ‘King Lear’ is not small. In fact, conceivably it is the biggest ‘Lear’ the NT has ever seen: a huge operatic beast that roars darkly for a walloping three-and-a-half-hours. The great Simon Russell Beale is typically magnetic at the centre of the austere production, portraying Shakespeare’s king as an unemotional despot whose mental decline is ushered in by the corrosive flood of unaccustomed emotions that he allows to rip through his mind upon abdication.

But on this vast canvas, Lear is one player amongst many. The cast is beyond superlative: Anna Maxwell-Martin is magnificently sexy and malevolent as a kinky, glamourpuss Regan; as her sisters, Kate Fleetwood is fantastically compelling, especially in the first half, as a troubled, borderline-decent Goneril, while Olivia Vinall is a splendid Cordelia, blending a sort of wounded, virginal innocence with a disarmingly authoritative roar of a voice. I’m just going to keep going: Adrian Scarborough is a powerfully righteous Fool; Tom Brooke is compellingly weird as a slackery Edgar; Sam Troughton is skin-crawlingly unpleasant as his traitor brother Edmund.

This is a literally awe-inspiring production, dominated by Anthony Ward’s Soviet-style designs and a huge ensemble of black-clad soldiers whose presence permeates every scene with masculine menace. But its scale also allows all the play’s numerous relationships room to breathe; it is gloomy, but it is very human.

So what’s missing? A couple of things. One is Nicholas Hytner. The NT’s outgoing boss is the master of modern-dress Shakespeare, and this ‘Lear’ lacks the intellectual rigour of his Olivier productions, with the contemporary setting never quite justified. The other is intimacy: Beale is thrilling as he shrieks The Bard’s ornate verse in peals of confused anger, but he’s even more compelling as he brings Lear’s angry life to an understated conclusion, and there are scenes – notably the storm – when it feel like Mendes has requested bombast for bombast’s sake. But Beale is only 53, and if he wants to do a subtler version, he has time. This is maximum ‘Lear’, and if it’s not faultless, it is awesome.