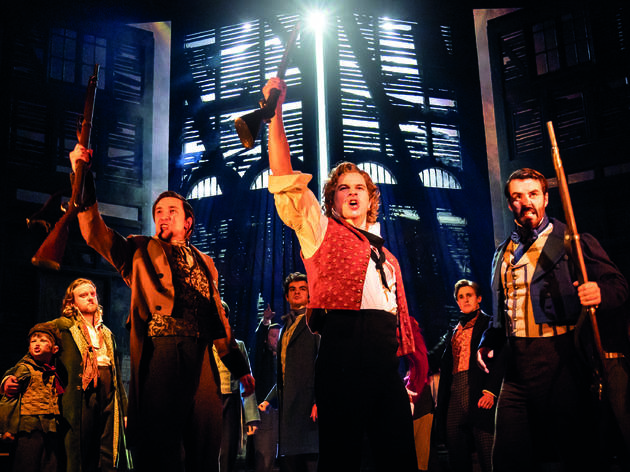 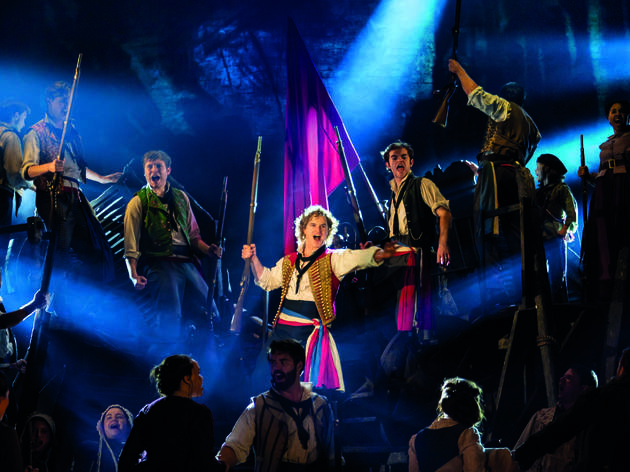 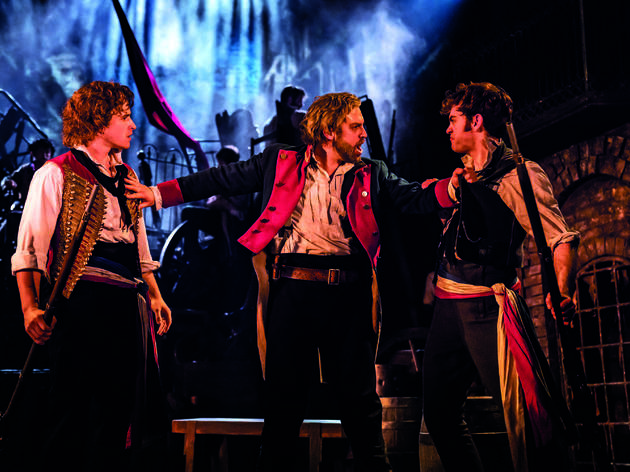 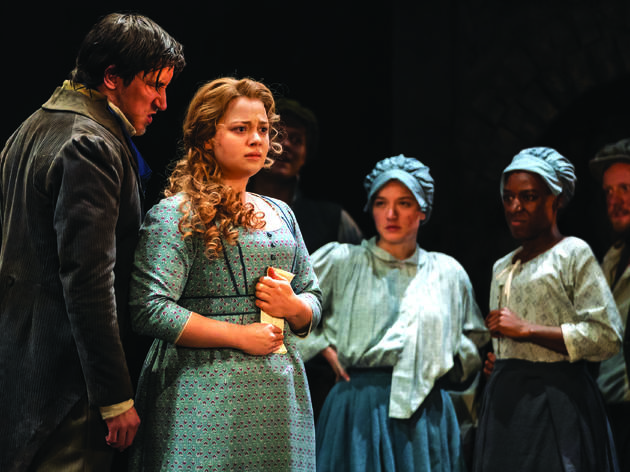 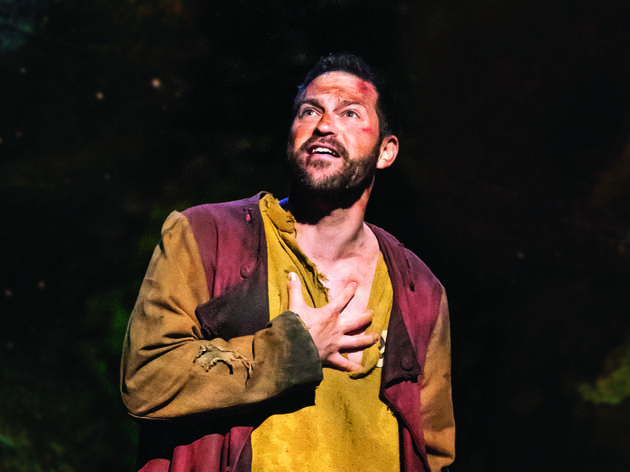 I would seriously question whether any other show on the planet bar ‘Les Misérables’ could get away with junking its original production and carrying on as if nothing had changed. But ‘Les Mis’ could be transposed to space, or underwater, or to the height of the Hittite empire and it would basically be the same show as long as the singing was on point.

In case you missed it: the world’s longest-running musical that’s still playing shut for six months recently while the Sondheim Theatre (née Queen’s Theatre) was renovated by proprietor and producer Cameron Mackintosh. It has returned, not in the original Trevor Nunn RSC production, but a new(ish) one from Laurence Connor and James Powell that has already been rolled out around the globe, with London the last bastion of the ‘classic’ ‘Les Mis’.

The ditching of the original has caused disgruntlement in certain quarters: hardcore stans distraught that the exact show they grew up with no longer strictly exists; and the original creative team, notably director Nunn, who understandably feel a little betrayed by the whole affair. All I can say is: yup, I really dug the old revolving stage too, but its loss is bearable.

The songs are the same, the score is the same (accepting that it was tweaked to make it a bit less ’80s a few years back), the costumes are the same, many of the current cast are veterans of the original production, and the text is still Nunn and John Caird’s adaptation of Claude-Michel Schönberg and Alain Boublil’s original French production. Matt Kinley’s new design is not a radical break with John Napier’s old. You can quibble over whether you think Fifty Nine Productions’ brooding, oil-painting-style projections are a marvellous innovation or just a bit of window dressing, but they could have been a lot more radical and the show would still very much have come across as itself.

So what of the quality of the show? It famously ‘defied the critics’ who reviewed it when it opened in 1985, to become the longest-running West End musical in history. Whereas some long-runners are undeniably pretty bad (‘The Mousetrap’ is terrible, ‘Mamma Mia!’ is only tolerable if you’re drunk – these are facts), ‘Les Mis’ has a towering passion and operatic intensity – not to mention absolutely belting tunes, in gorgeous multilayered vocal arrangements – that operate on a visceral, gut level. It whumps you in the solar plexus, especially when sold by the sort of world-class singers that Mackintosh rightly insists on keeping it stocked with. I think, maybe, where the original critics tried to dissect and analyse this sprawling epic, the original audiences just let it overwhelm them.

And the fact is, if you overanalyse it there are still very obvious problems. It is weirdly structured. It’s ostensibly a taut moralistic thriller that contrasts ex-con-done-good Jean Valjean’s passionate belief that people can change with his policeman nemesis Javert’s equally determined belief that they cannot. This relatively simple story is massively complicated by the way it ties all this to the Paris Uprising of 1832. It’s a relatively obscure historical episode that is never really contextualised or explained, and requires an new set of characters to be introduced deep into the first half. There are some hideously sentimental bits. And it is not a great musical for women, who are either bawdy ladies of the night or virtuous waifs who die after a single song. Conversely, in the current production, it’s female performers Carrie Hope Fletcher and Shan Ako who make the biggest individual impact with their soulful turns as Fantine and Eponine, both possessed of a vulnerability and humanity that the almost superhuman Valjean and Javert seem to lack. But just imagine what Fletcher or Ako might have done if there was anything like a lead role for them here.

The fact that Connor and Powell’s ‘new’ production clearly hasn’t even begun to tinker with these issues or, indeed, the structure of the show, is the surest sign that this is ultimately continuity ‘Les Mis’. I don’t think anybody could realistically see this imperfect, absurd, magnificent show and suggest that its crown as London’s longest-runner is in any danger.