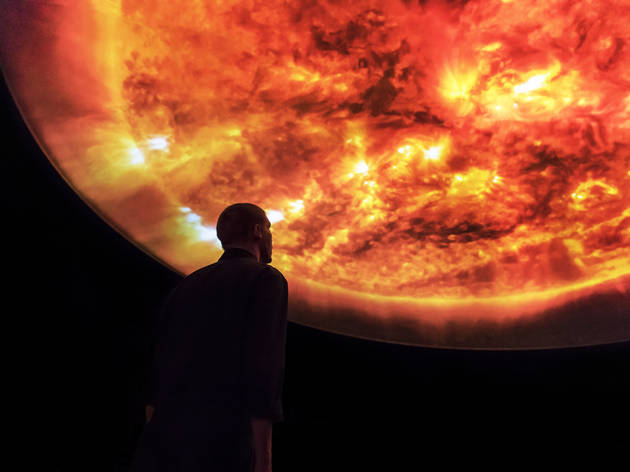 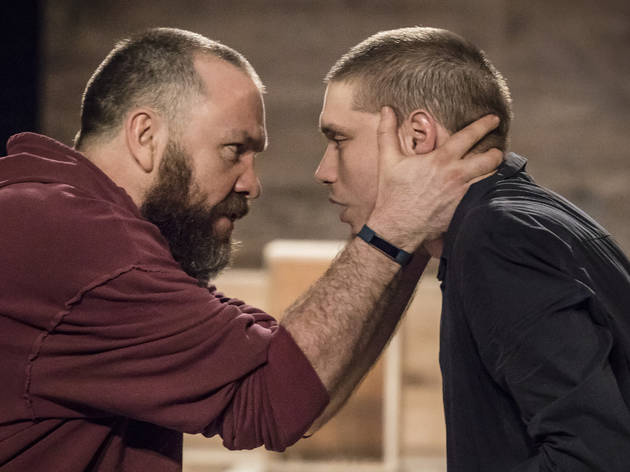 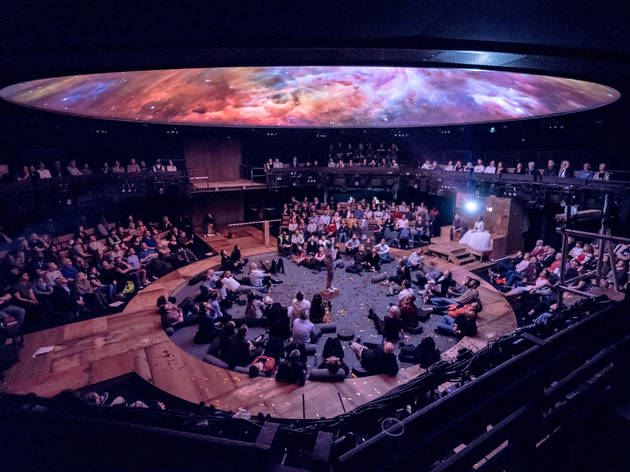 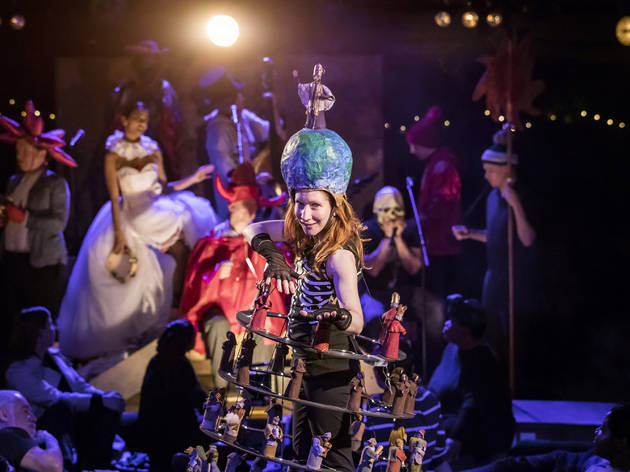 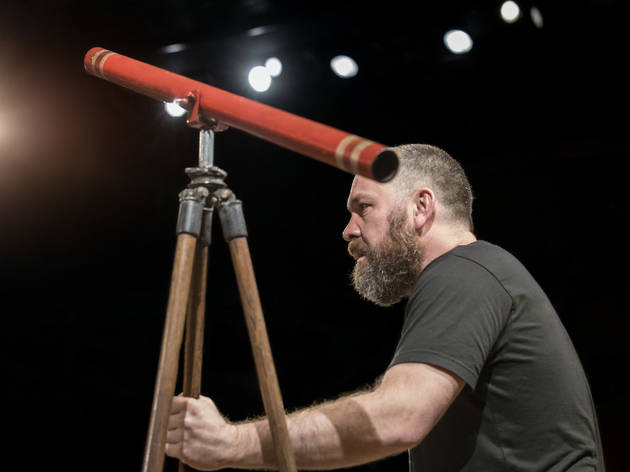 Sometimes there's nothing more excruciating than a director trying to 'liven up' a classic play with a ton of OTT flourishes. And other times the director converts the theatre into a massive fuck-off planetarium and commissions an indecently banging score from one of the Chemical Brothers, and everything is just groovy.

Joe Wright's in-the-round take on Bertolt Brecht's 'Life of Galileo' falls (pretty literally) into the latter category. Indeed, not to labour the point , but if you're going to smoke a doobie before one theatre show in your life, you might as well make it this one and book yourself into one of the lie-down 'seats' directly under designer Lizzie Clachan’s planetarium dome.

It is a genuinely exhilarating bit of staging – enhanced by 59 Productions's stunning cosmic projections and Tom Rowlands’s pulsating score – that breaks down any barrier between performers and audience. Wright's take on Brecht's drama – about the pioneering astronomer Galileo Galilei, but an allegory for the spread of the socialist dream – is given a giddy momentum that compensates somewhat for the production's comparative lightness.

The play's anchor is Aussie actor Brendan Cowell, known to Young Vic audiences for its soon-to-return hit 'Yerma'. He plays Galileo with a panache to match the staging. Part-rocker, part-nerd, part-mad scientist, his passion for learning animates his every action and utterance, like the first throes of a love affair that he never shrugs off. Cowell leads the night from the front, a charismatic, self-deprecating beacon of energy who helps the three hours burn by in no time.

It doesn't hit as hard as this play can hit. Wright's slightly larksome staging leaves the angstier final sections a bit underpowered. And it feels less political than one might expect from Brecht: certainly you can see something of Michael Gove's war on experts in the Vatican and the Florentine court's wilful disregard for Galileo's dogma-contradicting discoveries about the nature of the universe, but Wright seems largely content to avoid big statements.

Still, it's too fizzing with life to feel like it's selling the writing short. This is a trip, and a good one at that.