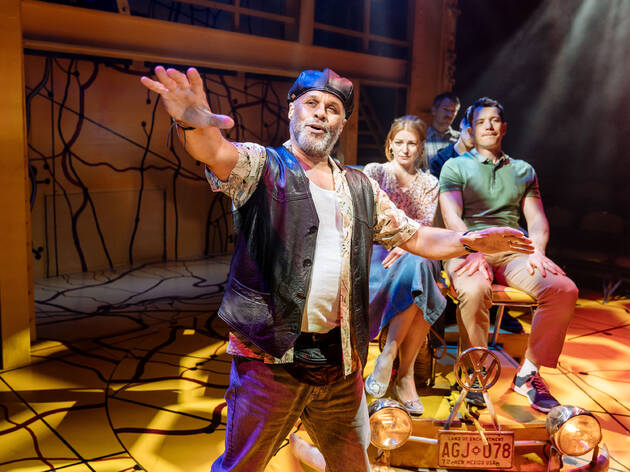 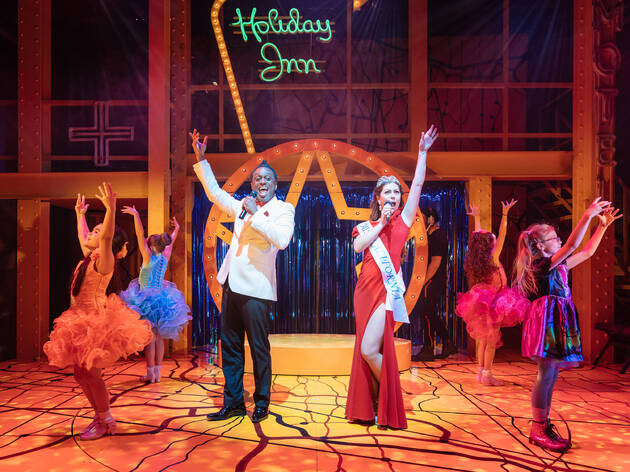 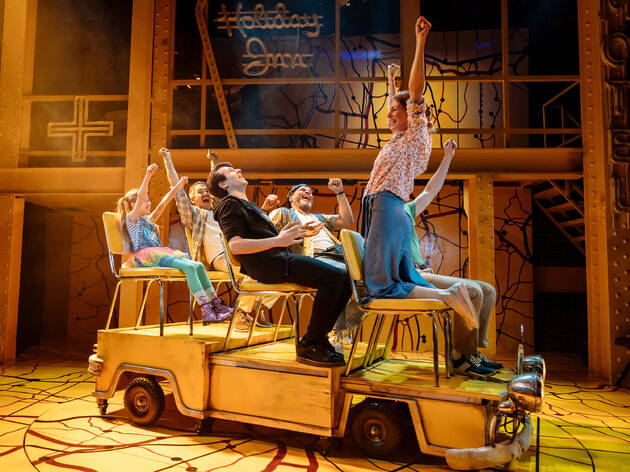 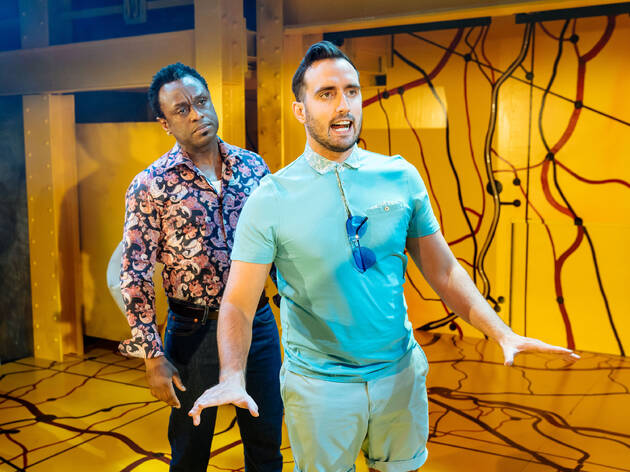 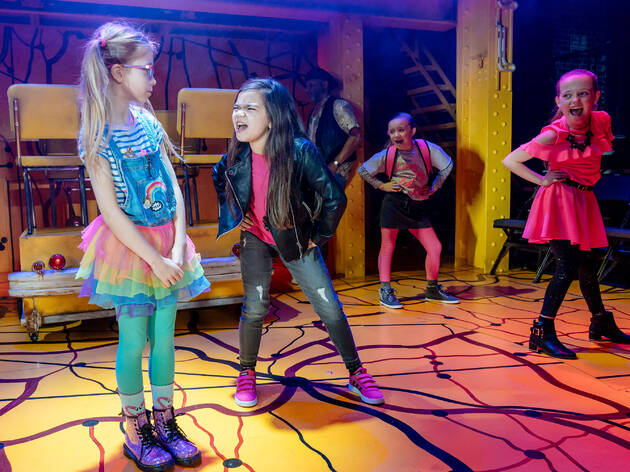 A funny but underpowered musical take on the offbeat indie movie

Much like the Arcola Theatre’s shabby-chic interior, aspirational musical comedy ‘Little Miss Sunshine’ packs a lot of colourful energy into a small space. Based on the Academy Award-winning film, this feelgood road trip ultimately goes nowhere but that’s not the point: the fun is in the journey.

The eccentric Hoover household are a family on the brink. Matriarch Sheryl, played by Laura Pitt-Pulford, is frustrated with out-of-work husband Richard, played by Gabriel Vick. Their moody, eldest son Dwayne (Sev Keoshgerian), refuses to speak and hates everyone. Frank (Paul Keating), Sheryl’s brother, is recovering from depression, and Grandpa (Gary Wilmot), is a sweary, hedonistic pensioner. Amid all this, youngest daughter Olive (played on alternating nights by child actors Sophie Hartley-Booth, Evie Gibson and Lily Mae Denman) has her heart set on winning the Little Miss Sunshine beauty contest, and nobody wants to destroy her dream. Against all odds, and with the aim of making Olive happy, the Hoovers attempt the 800-mile trip to the beauty pageant in California in a clapped-out camper van. They may not end up being winners in life, but their family bonds will help them survive anything.

The Tony-winning team of James Lapine (book) and William Finn (music and lyrics) bring a lot of heart to this production, and it’s terrifically – often filthily – funny, with a lot of slapstick humour. It’s a loud, in-your-face, show, and manages to punch well above its weight, but it doesn’t always provide the playfulness or energy it needs to, though the cast absolutely give it their all. Whether this is due to the source material, or Mehmet Ergen’s direction needing to be a little tighter, the Hoovers’ rough edges could do with a bit more polishing.

Ambitious staging by David Woodhead makes good use of the Arcola’s intimate space, and combined with Richard Williamson’s lighting design, the clever set-up of neon lights and painted road maps on the floor and walls reflects all the location changes throughout the Hoovers’ journey, and helps make for a bright and enjoyably silly trip.