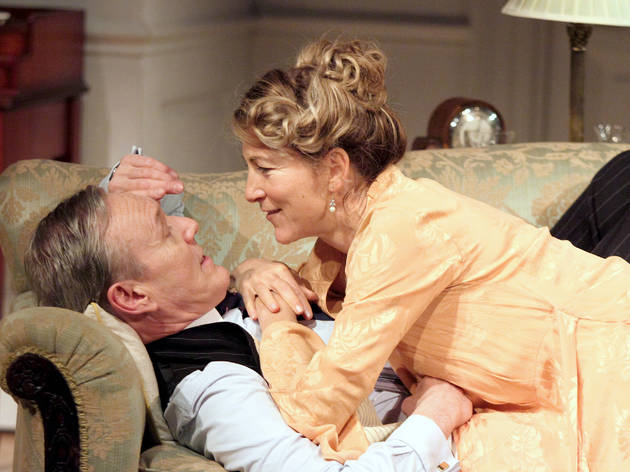 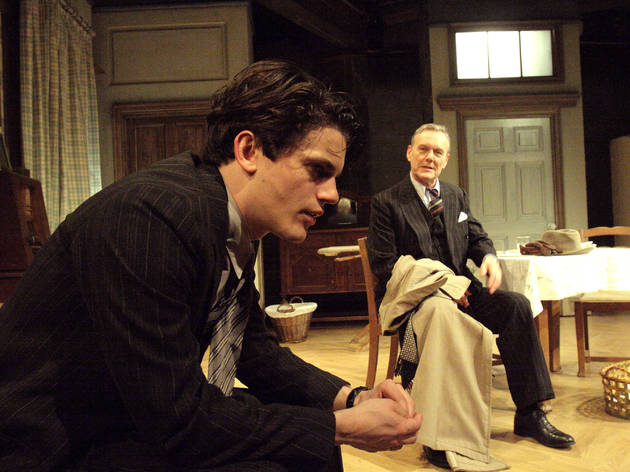 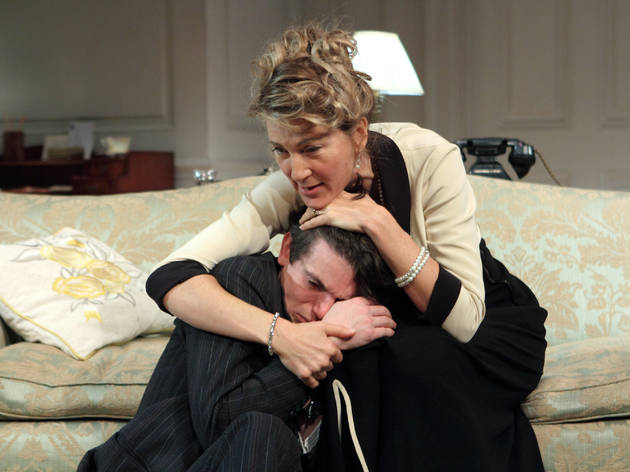 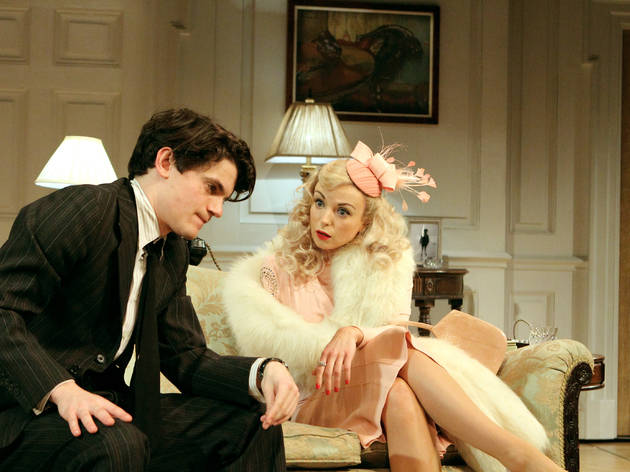 Still plugging away at 77, veteran director Trevor Nunn seems to have a mild obsession – maybe ‘interest’ is fairer – with the slightly naff wartime comedies of the great Terence Rattigan. Nunn revived ‘Flare Path’ in the West End a few years back and is now moving on to 1944’s rarely-seen ‘Love in Idleness’ (in a new version that incorporates bits of an earlier draft called ‘Less Than Kind’).

It’s a valuable-ish counterpoint to the recent reappraisal of Rattigan. Yes, on elegiac masterpieces like ‘After the Dance’ and ‘The Deep Blue Sea’ he was the English Chekhov. But ‘Love in Idleness’ kind of serves to remind you why he came to be seen as an establishment shill by many postwar playwrights.

Anthony Head – hamstrung by a pointless Canadian accent that was only written in because original '44 star Alfred Lunt was American – stars as Sir John Fletcher, a capitalist government minister who comes into conflict with his partner Olivia’s idealistic son Michael (Edward Bluemel). It’s an interesting window into the political atmosphere of a Britain that would soon dispose of its war leaders and vote in Attlee by a landslide. But Rattigan’s tone is lightly condescending throughout, with Michael essentially undermined by his callowness and Fletcher’s affability. Chekhov accurately predicted the downfall of Russia’s aristocrats, but Rattigan seemed confident the old order would stand.

It’s a funny play to revive in the ideological mess that is 2017, and even if you're after a counterpoint to British theatre’s endless lefty writers, it’s bloody long for a comedy, trundling on for almost three hours.

However, I’ve gone all this way without mentioning Eve Best, who essentially justifies the whole thing. One of our finest stage actors, she is phenomenal as Olivia. She is very, very funny in her portrayal of a woman plucked from obscurity by a wealthy partner and now having an indecently fun time reveling in the frivolity of her new life; but she’s also devastating as a mother made vulnerable by her love, who allows Michael to destroy her happiness because she sees no other choice for her (which is actually pretty Chekhovian). It’s a proper masterclass from Best, though I couldn't help occasionally think she would probably have been equally as good in one of the many, many better Rattigan plays.