David Harbour and Bill Pullman give great performances in this muddled American comedy.

David Harbour: ‘Theatre is home; film is a pretty girl who doesn't like you that much’.

This bad-ish taste comedy from US playwright Theresa Rebeck stumbles between misanthropic yucks and a desire to say something more sensitive and profound about the human condition.

It stars David Harbour of ‘Stranger Things’ fame, and was written especially for him by Rebeck, with some of his character Michael’s mental health struggles reflecting those faced by the younger Harbour.

It also stars Bill Pullman, having an absolute ball as Michael’s savagely misanthropic father Daniel, who I’d hazard is clearly somewhat based on the last President of the United States, with his growlingly effete delivery and some actual Trump quotes amidst his dialogue.

Daniel is vile, but he’s also dying of emphysema, and Michael – who has recently returned from a spell in a mental hospital – has moved into the family home to take on the role of his father’s carer (noble, although it’s questionable whether he actually has anywhere else to go).

As the play begins, Michael seems to have things under control. His father is like a nasty fly, buzzing away horribly and daring his son to swat him. But Michael seems on top of it. Harbour towers over Pullman like a giant, and it simply doesn’t feel like Daniel can hurt him, physically or mentally, casually batting away even the nastiest of gibes. Things are even looking up: Michael is about to get some help in the form of hospice nurse Lillian, who has just been assigned to help with Daniel’s palliative care.

Initially the engine of a lot of the comedy in Moritz von Stuelpnagel’s production is simply Pullman saying inappropriate things while everyone else looks on agog. Or rather, Daniel plays with the idea that he might be able to say something racist or transphobic, then doesn’t actually do it, relishing the discomfort he causes in those around him, the last power he really has left.

Things start to go seriously downhill when Michael’s siblings turn up. Nedward (Stephen Wright) is a dead-eyed businessman with a positively Antarctic lack of warmth and clear designs on inheriting Daniel’s house - apparently worth ‘eight figures’. He’s a veritable charmer compared to Sinéad Matthews’s Pam, a sulphurous über-Karen who tyrannically lays into the character and integrity of anyone who even slightly disagrees with her and openly talks about having Michael sent back to the hospital.

She is even more toxic than her father – it’s a magnificently horrifying performance from Matthews. But in Pam’s slight defence, she does come home to find Michael plying their dad with whiskey and hookers in a (failed) effort to give his dad a literal happy ending.

Part of the problem with Rebeck’s play is that it’s not particularly clear whether Michael is doing this because his mental faculties are starting to become compromised by the stress of the situation, or because that’s just the sort of thing that happens in this sort of play.

The second half is more serious, which is helpful in many ways – less trying to gauge the tone, and more opportunity for Harbour to let rip with the big, versatile performance we came for. Michael’s grip starts to loosen under the weight of his family’s sheer vileness and a series of revelations about his late mother. But even as his sanity starts to fray, he remains resolutely saner than his siblings and father - he is sensitive, and inquisitive, and lets the horror of the world get to him; the others are virtually machines, free of empathy, locked into their own horrible world views.

Still, the play remains pretty queasy. What are we to think about the fact Michael tries to kill his dad multiple times? What is Rebeck trying to say about society via these truly horrendous, irredeemable people? Once ‘Mad House’ stops trying to be funny it pitches into emotional territory so vertiginously nihilistic that it’s difficult to even see what it wants to say beyond screeching PEOPLE ARE AWFUL in your face, again and again.

That’s not entirely true: we never doubt Michael is a decent sort. But Rebeck manoeuvres him into incredibly dicey ethical territory by the end, and rather than pull out a killer conclusion she just kind of abruptly stops the story without revolving things. Akiya Henry’s Pam is the other spot of light, resolutely decent and caring, even if it feels like she’s drawn as a bit of a wise Black person trope. ‘Mad House’ has an absolutely tremendous cast who were never not going to be able to carry this off. But ultimately you’re left with a play that doesn’t know if it wants to be ‘Hamlet’ or ‘Clybourne Park’, and suffers as a result. 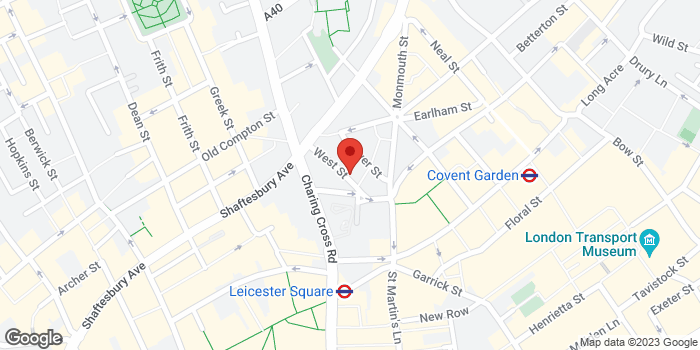