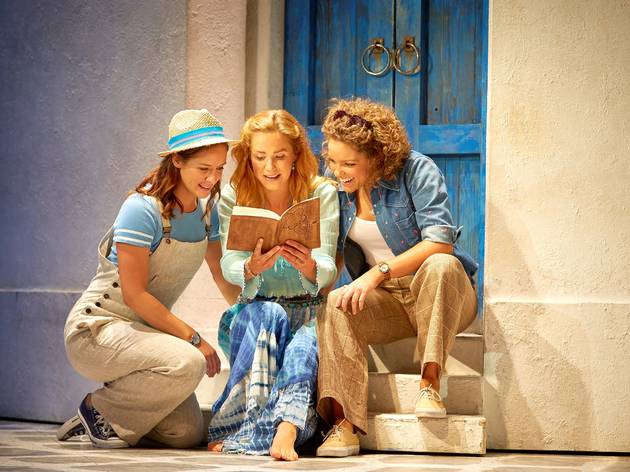 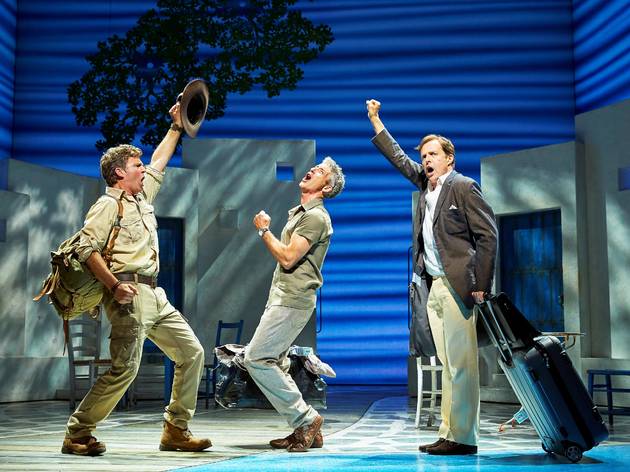 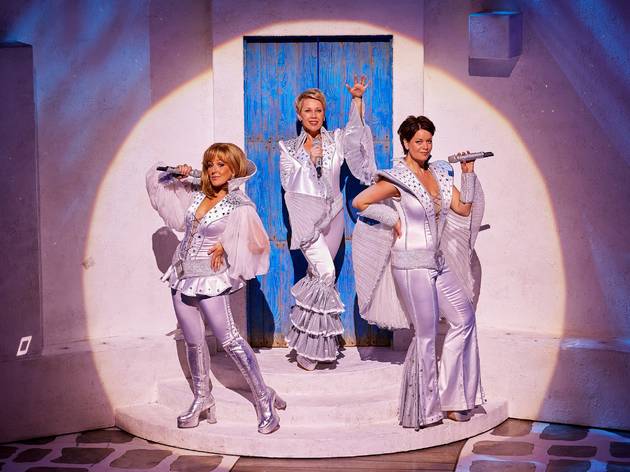 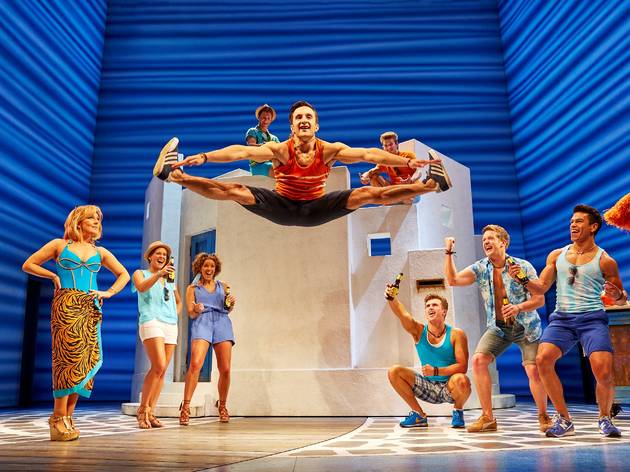 4/6
© Brinkhoff & MögenburgFilippo Coffano (Pepper) with the cast of 'Mamma Mia!' 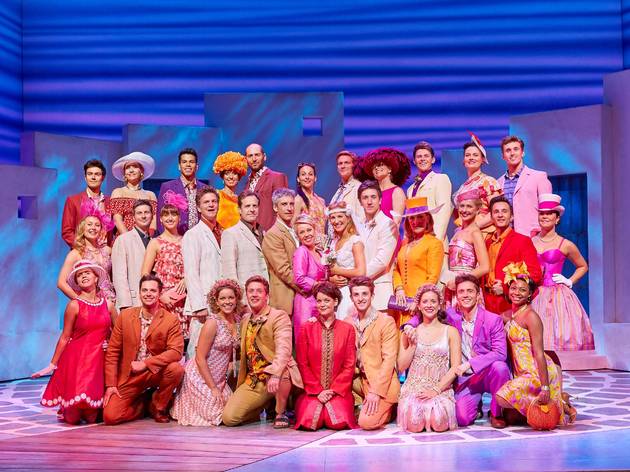 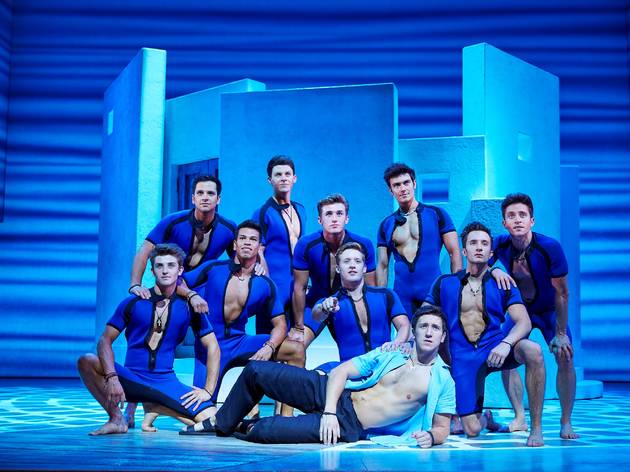 Judy Craymer's bold idea of turning the insanely catchy songs of ABBA into a musical has paid off splendidly, in every sense – box office figures for 'Mamma Mia!' are as eye-watering as its outfits.

This is largely because Catherine Johnson had the sense to weave the 1970s into her script, and director Phyllida Lloyd to cast accordingly. Heroine Donna Sheridan lived the free love dream (if only because her boyfriend ran out on her), wound up pregnant and survived to see her daughter, Sophie, reject all her principles in favour of a white wedding and the kind of certainty that comes from knowing which of your mother's three consecutive lovers ought to be walking you down the aisle. If you wanted to, you could see this as a conversation about feminism. But you'll look pretty silly debating patriarchal oppression while on your feet clapping to 'Dancing Queen'.

Some of the songs are oddly static, but when the choreography does get going – for instance, when Donna's friend Tanya stylishly quashes a libidinous local puppy in 'Does Your Mother Know?' – it's terrific, and makes great use of props: I wonder if the producers can assure us that no electric drills or hairdryers were harmed in the making of this musical?

The current cast appear to have been chosen more for their singing voices than their serious acting ability. But who needs dramatic conviction when you have purest pop to do the convincing for you? Given the songs, a story just about solid enough to stay upright on its platform heels, and a Greek island setting perfect for a whimsy of this sort, it's impossible not to fall for 'Mamma Mia!'s twinkling charms.

How to get cheap tickets: Unlike most West End shows, 'Mamma Mia!' doesn't have a day seat policy. Cheap seats may be offered on an ad hoc basis. But you can get your hands on discounted Early Bird tickets by booking at least four months before the performance, through the Delfont Mackintosh website.