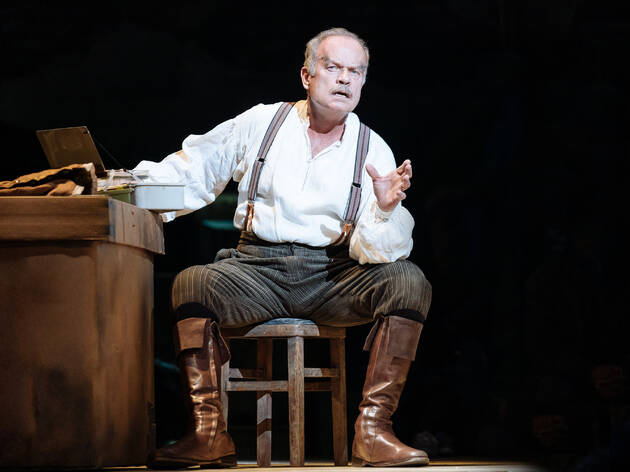 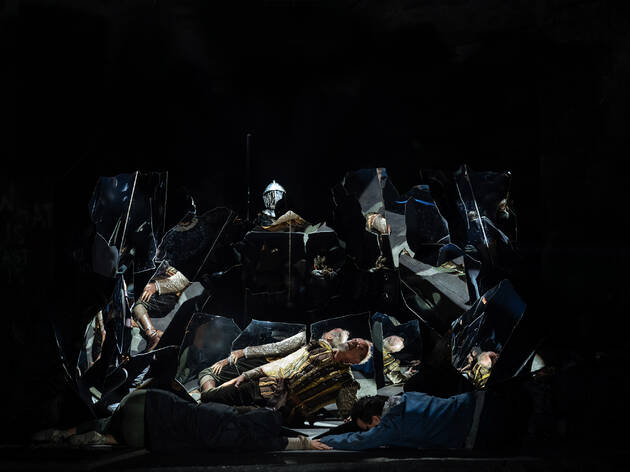 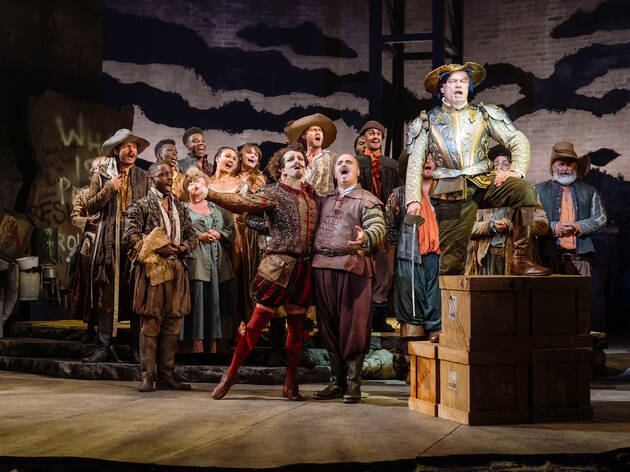 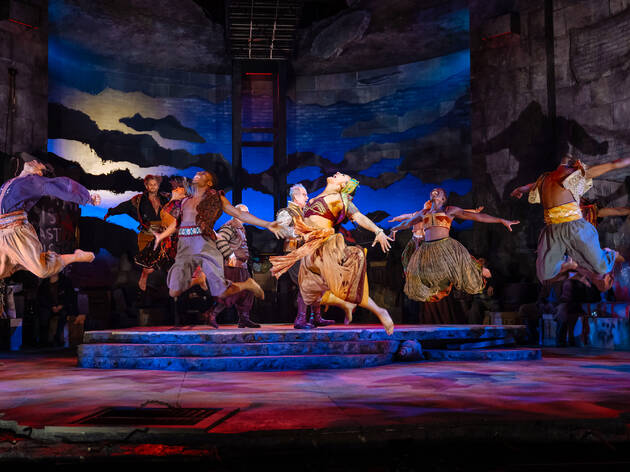 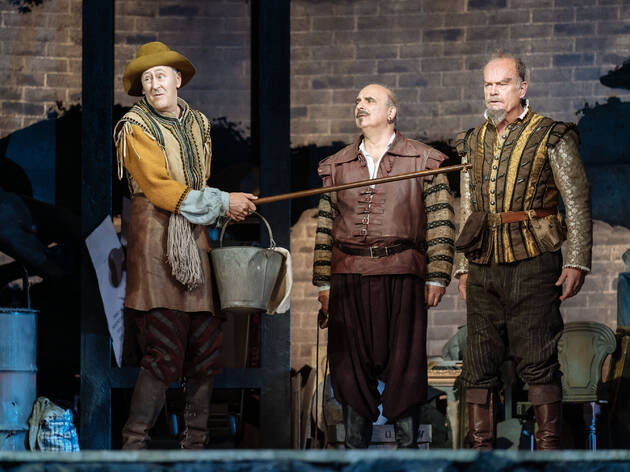 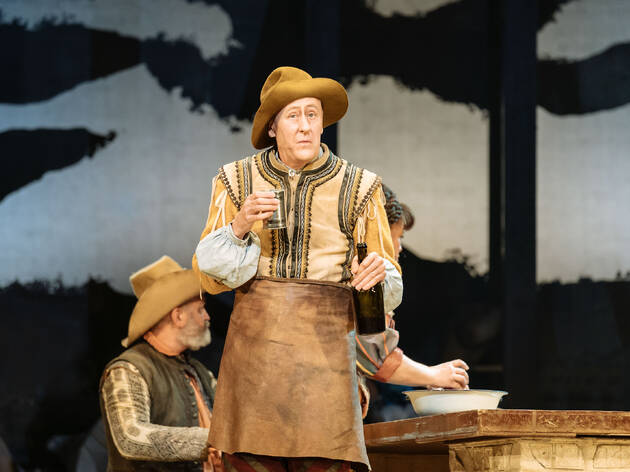 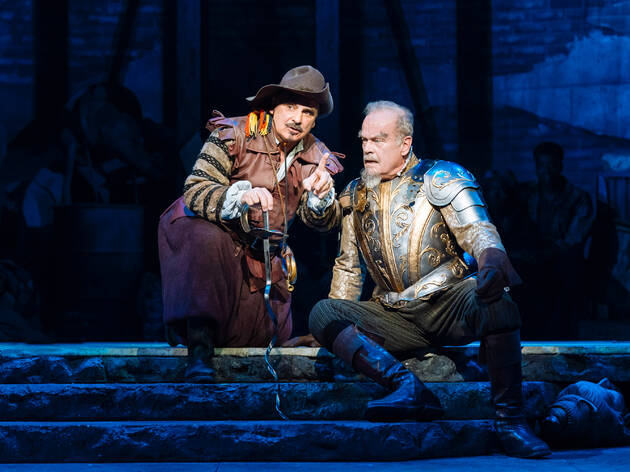 Kelsey Grammer decks himself out in a suit of armour and a pair of water-vole-sized false eyebrows for this valiant but ramshackle attempt to resurrect a half-forgotten 1965 Broadway musical. He stars in ‘Man of La Mancha’ as both legendary Spanish author Cervantes and his most famous creation, Don Quixote, the bumbling wannabe knight who lives in his own chivalric fantasy land.

Alas and alack, Grammer doesn’t quite skewer the comedy. He moves stiffly (perhaps afraid that one of those eyebrows will scurry off) through this show’s panoply of comic misunderstandings and makes broadly accurate but oddly blank-faced work of the musical’s only enduring hit song ‘The Impossible Dream’, which is a highlight in Mitch Leigh’s atmospheric but not always memorable score of Spanish pastiches. It’s a song that sums up the show’s more serious theme, the idea of longing for goodness and nobility in a corrupt world. Book writer Dale Wasserman heightens these ideas by giving Cervantes’s story a kind of Brechtian framing device, where the author is trapped in a purgatorial jail awaiting trial by the Spanish Inquisition. Director Lonny Price has half-heartedly updated these scenes to the present day, with the huddled masses of fellow prisoners vaguely suggestive of refugees. But James Noone’s old-school set design doesn’t make a convincing arena for contemporary parallels: it’s all naffly crumbling plaster with a flight of metal steps that set the whole confection a-wobble every time they’re lowered.

The show’s central love story feels just as creaky. Wasserman steams through or leaves out the funniest bits of ‘Don Quixote’ (the part where he attacks a windmill lasts all of a minute) in favour of a sappy emphasis on his love for Dulcinea, a ‘tavern wench’ (trust me, there’s no other way of describing her) who can’t go five seconds without being lustily, theatrically pawed by the ale-swigging lads around her. Clearly, she prefers the hands-off but delusional attentions of an ageing lunatic, but that doesn’t turn her tolerance for his romantic ramblings into the heartwarming bond that this show seems to see it as.

Sharing the role with Cassidy Janson, Danielle de Niese is a lively, fine-voiced presence as Dulcinea, bringing an energy that’s otherwise lacking from this dour production – even if it’s grim to see it play out in a danced rape scene that probably wasn’t okay in the ’60s and certainly isn’t now.

‘Man of La Mancha’ sets pure-hearted idealism against the cruelty of the degenerate modern world, in a way that probably struck more of a chord with audiences struggling with the rapid social changes of its ’60s heyday. Producers Michael Linnit and Michael Grade don’t make a convincing case for reviving it: a mismatched celebrity cast and a by-numbers production mean that contemporary relevance, like chivalry, really is an impossible dream.