Much like ‘Paddington’, ‘Mary Poppins’ is a gorgeously warm kids’ story that’s burrowed deep into the hearts of Londoners of all ages. It creates a seductive myth of a city that’s awash with cheery cockneys and lovable upper-crust eccentrics who roam picturesque tree-lined streets with a spring in their step. Cameron Mackintosh’s returning 2004 musical version couldn’t look more magical; the Banks family’s Cherry Tree Lane residence becomes a giant doll’s house of wonders, opening up to reveal charming Victorian interiors and plenty of magical surprises.

Writer Julian Fellowes (‘Downton Abbey’) is clearly in familiar territory here. Where the 'Paddington' movies updated the setting to a warm, inclusive vision of 21st century London, his script opts for period-drama archness. The story is a hodgepodge of the movie, PL Travers’s original books and a few ideas of Fellowes’s own: he shifts the setting back a few decades to Queen Victoria’s heyday, and makes Mrs Banks a frustrated former actress instead of a militant suffragette. The effect is jarring at first, especially if you’re a fan of the movie: many of its most memorable scenes get scrapped, like the bit where Poppins summons up a hurricane to whisk away rival nannies, or the bit with the dancing penguins and carousel horses, or the ‘I Love to Laugh’ tea party where everyone ends up giggling on the ceiling.

They get replaced with much, much weirder interludes that presumably come from Travers’s original book. The kids’ supposedly jolly day out in the park involves cavorting about with statues that have come to life – represented by grey leotard-clad acrobats with fig leaves pinned awkwardly to their crotches. Joining it in uncanny valley’s dankest reaches is the bit where Jane’s doll comes to life, grows 30 feet tall, and rips the roof off the nursery. I’ll have nightmares, but hopefully kids are made of stronger stuff.

This darkness is typical of a ‘Mary Poppins’ that's determined to cast off the legacies of the movie’s defining players: Julie Andrews, Dick van Dyke and David Tomlinson. Its titular nanny is milder-mannered and more whimsical; Zizi Strallen plays the role with an oddly doll-like stiffness, full of faintly panto-esque arm gestures, but comes into her own when she’s singing much-loved numbers like ‘A Spoon Full of Sugar’. Charlie Stemp makes a great Bert, with an authentic cockney cheekiness and confident tap routines – especially the show’s climactic ‘Step in Time’ chimney-top spectacular. But Joseph Millson is a bit less convincing as the father of the house, which is a shame, because Fellowes has saved all his writing nuance for the role of this troubled dad.

‘Mary Poppins’ focuses on Mr Bank’s arc, to become a faintly trite parable about the importance of talking about your feelings; Poppins’s magic is as much psychological as literal, as she gradually finds out that her employer’s stiff upper lip hides a mass of childhood trauma, administered by his (cheekily named) evil childhood nanny Mrs Andrews. Still, I couldn’t bring myself to dislike Mrs Andrews, because her number, ‘Fire and Brimstone’, is a rare moment of dramatic conflict in this low-stakes show, and Claire Moore sells it wonderfully, all operatic trills and high Victorian fury. It’s one of a small but shining handful of new songs by Anthony Drewe and George Stiles, which also include the brilliantly catchy ‘Practically Perfect’, and a couple of soulful numbers where Mrs Banks pours out her faintly underwritten marital disappointments.

Half-baked story aside, ‘Mary Poppins’ serves up everything you could want in a mega-budget family musical: memorable songs, dazzling visuals and a nostalgic ideal of a London that never existed. It’s supercalifragelistically good fun to visit for an hour or three. 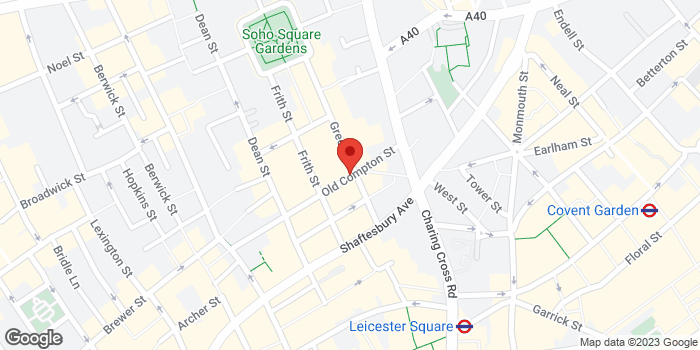