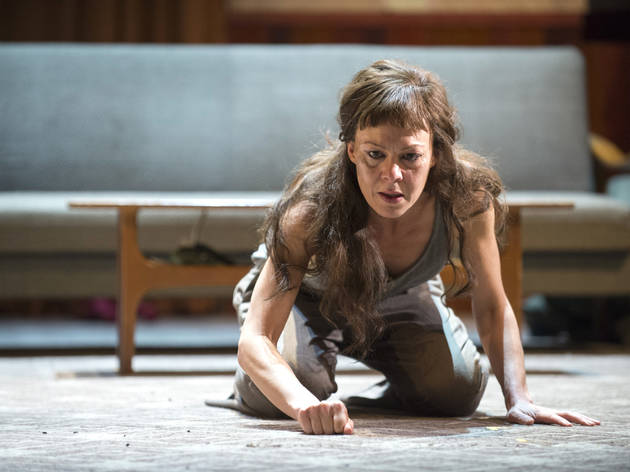 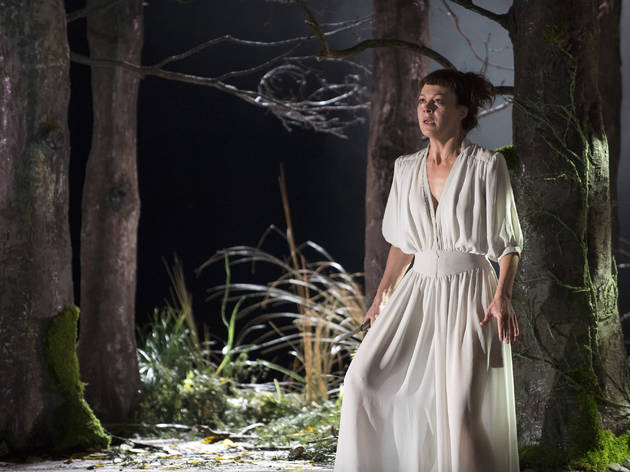 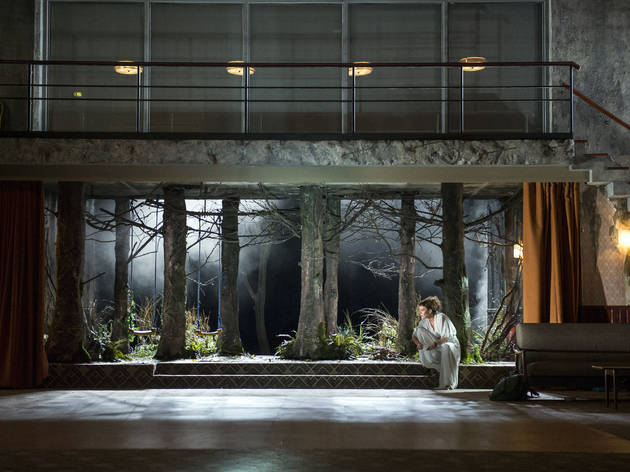 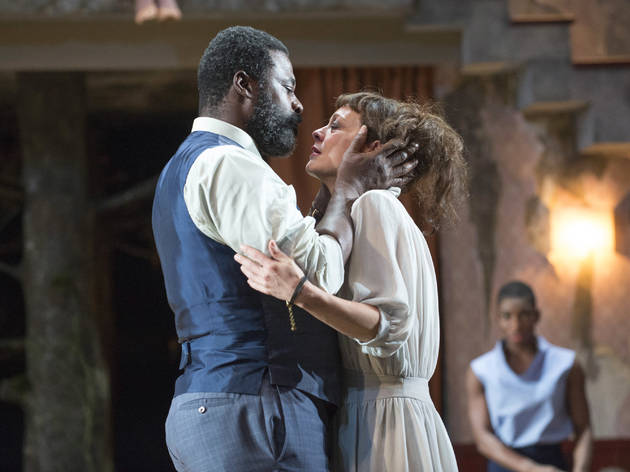 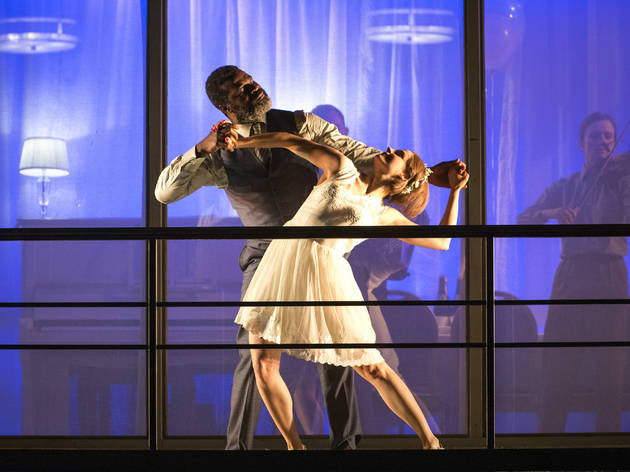 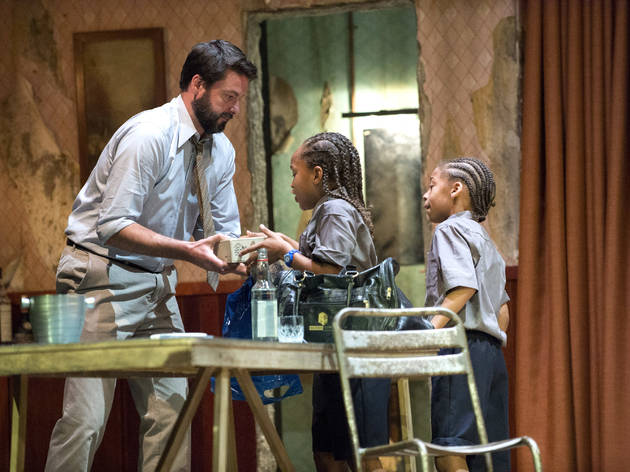 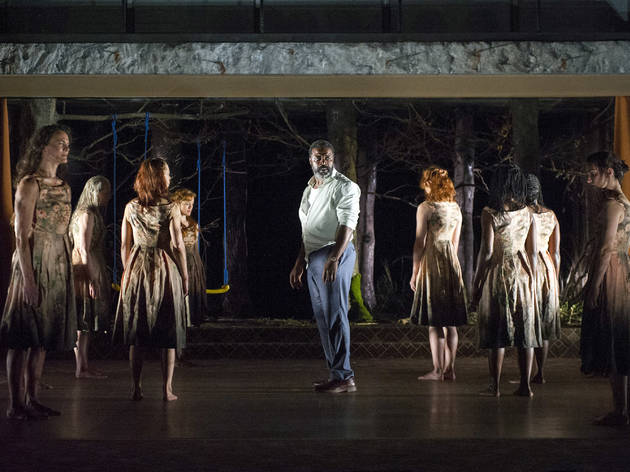 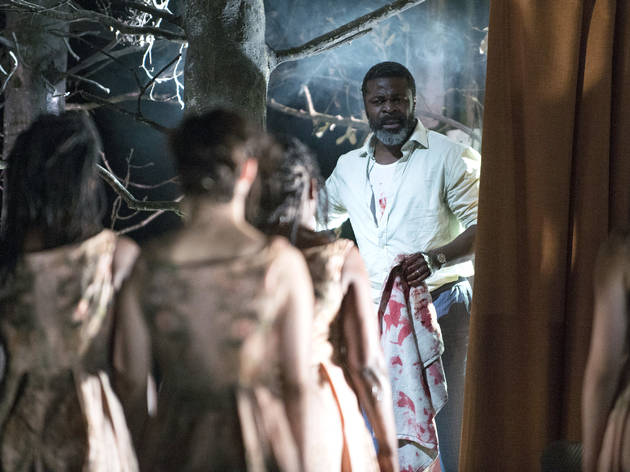 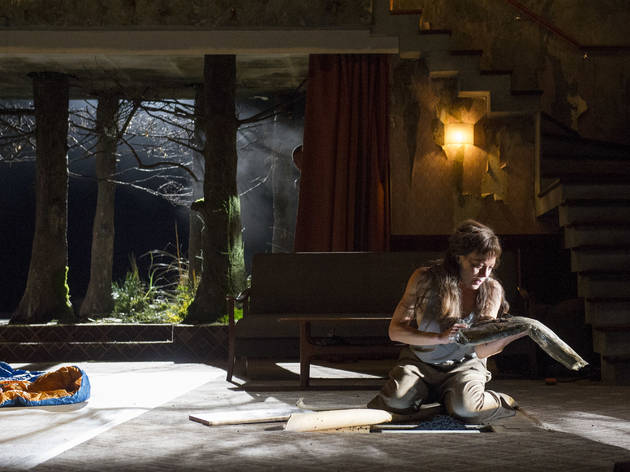 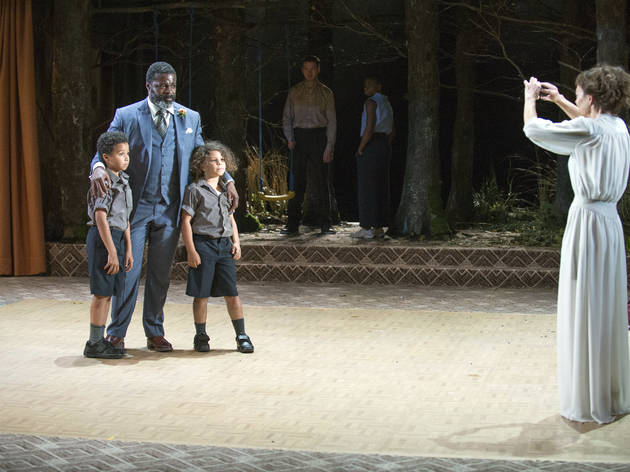 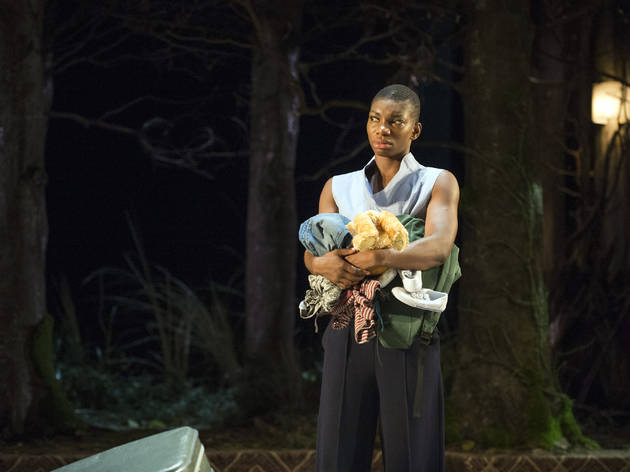 If you’re not familiar with the story of ‘Medea’ – most famously recounted by Euripides in the eponymous Greek tragedy – then grab a stiff drink, don’t give me any crap about spoilers, and brace yourself. Basically Medea, who had done some pretty terrible things for the sake of her husband Jason, gets jilted for a younger model. So she decides, not unreasonably, to take revenge. Less reasonably, said revenge entails the gruesome slaughter of Jason’s new wife and the butchering of her own sons. Then she wanders off, unpunished, and that’s yer lot.

It’s grim, basically, and Carrie Cracknell’s merciless, modern dress production of Ben Power’s new adaptation takes no prisoners. The tone is cracked psychodrama, with a strong suggestion that the quirks and tics of Greek tragedy – the chorus, the constant, coincidental arrival of characters in a story that happens in real time – are shadows on the mind of Helen McCrory’s flinty Medea.

I thought the inference, though not rammed home, is that guilt and dispossesion have pushed her towards schizophrenia, spurred to commit atrocities by voices only she can hear. There’s the insidious, unnatural chorus of Corinthian townswomen, whose poisoned tongues and ritualistic dancing seem like a dark echo of her subconscious. And there’s the sudden, improbable appearance of her friend Aegeus, who offers the possibility of a new life in what feels like a last, desperate fantasy of escape.

Partly externalising Medea’s thoughts allows a magnetic McCrory room to breathe some humanity into a woman who comes not as a monster, but by turns sympathetic, dignified and pitiable. Visited by besuited male politicians – Danny Sapani’s Jason, Martin Turner’s Kreon – who forever tell her what’s best for her, it is apparent that this clear-sighted, intelligent woman has been frozen into a situation where the only means of asserting herself is to commit an act utterly beyond the pale.

The men don’t listen to her reason or her anger; they pay some heed to her tears, which are false ones she’s turned on to try and get some traction. Alone or confiding in Michaela Coel’s trusted nurse, McCrory is calm, rational, even amusing, as she works up to her revenge. What she is going to do is inexcusable, but we are shown the logic of it. It’s only at the very end that McCrory allows herself to really show the strain, shaking and half fainting as the warring factions of her mind duke it out for control of her body. Even then, forcing herself to commit the act is a triumph of sorts.

The odd detail is a bit florid – Lucy Guerin’s initially spellbinding choreography feels a bit ripe by the climax, and Tom Scutt’s evocative set felt a touch busy – but all in all it’s a remorselessly gripping 90 minutes, given extra heft by Goldfrapp’s diverse, haunting score and Power’s pared-down translation. Cracknell’s production maintains that Greek otherness, while stressing Medea’s universality: 2,500 years on, parents still kill their babies. As the nurse says: ‘there is nothing for us, but this story, in this place, for ever’.