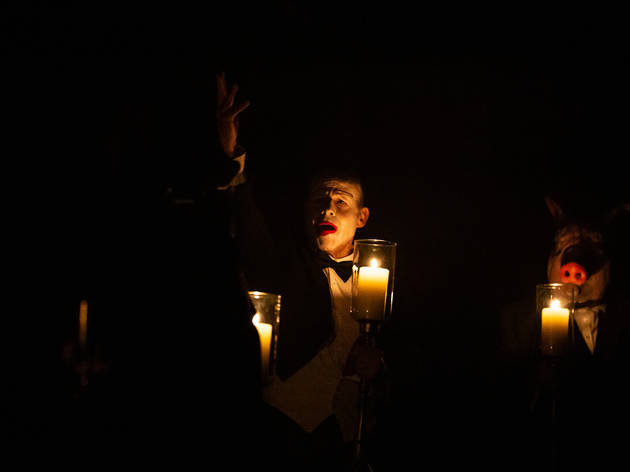 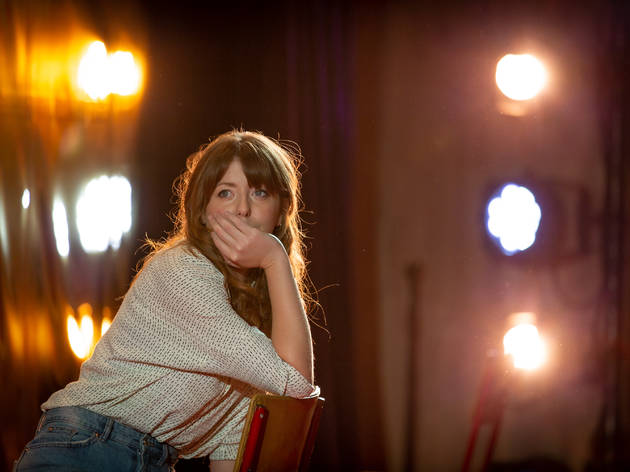 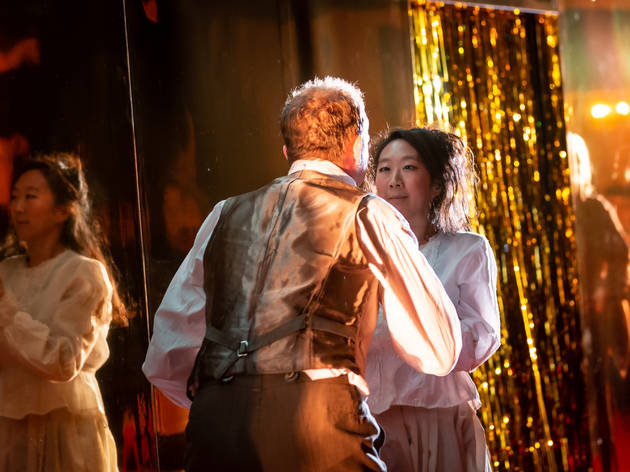 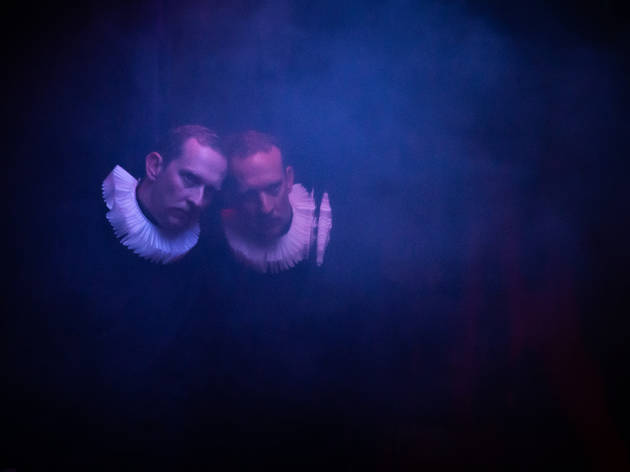 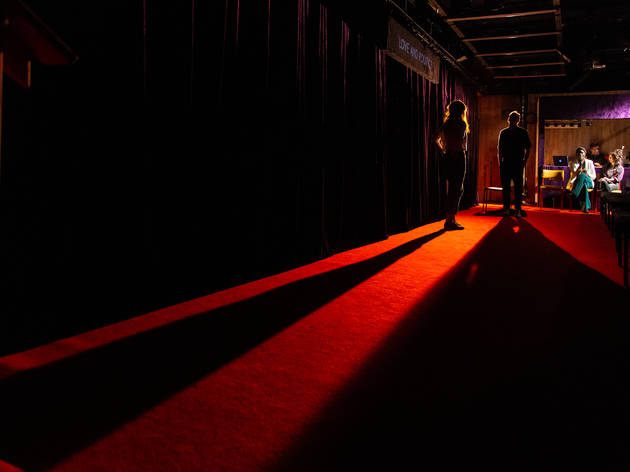 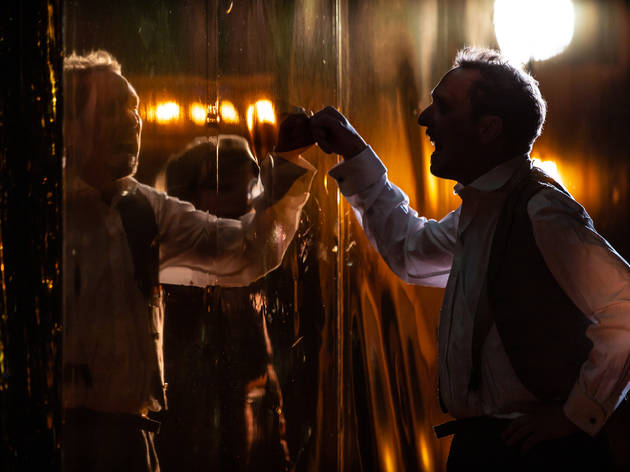 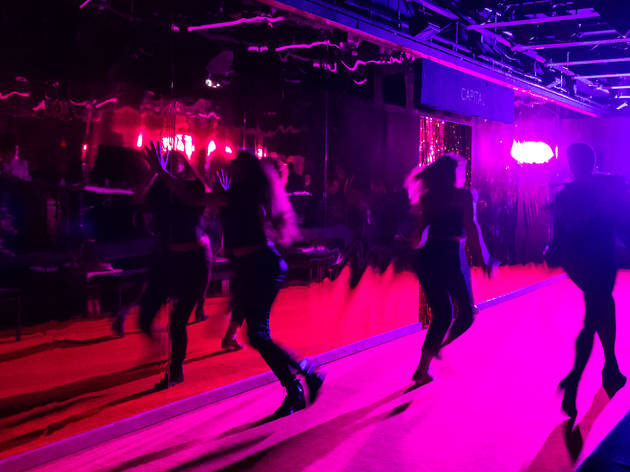 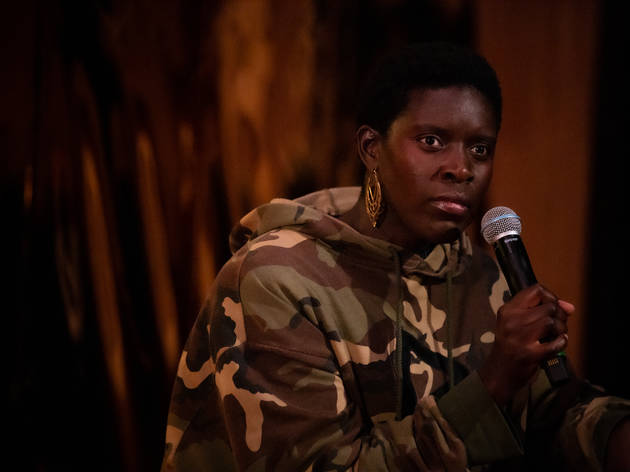 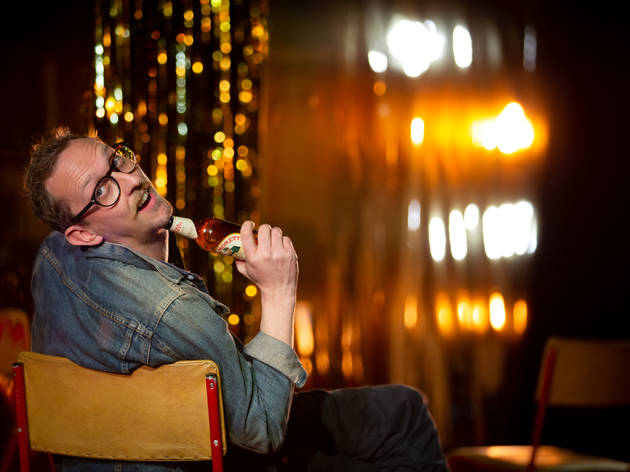 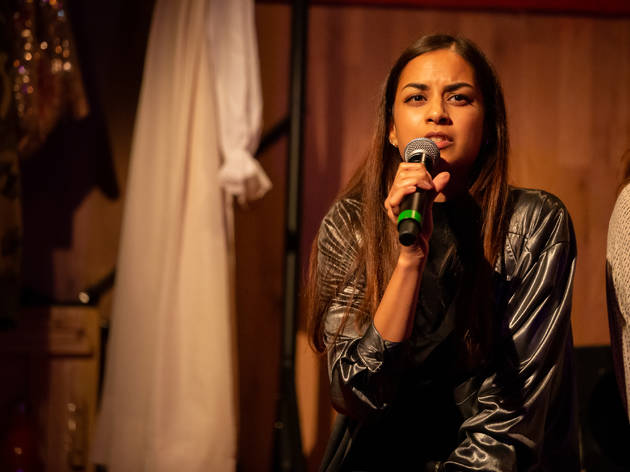 ‘Mephisto [A Rhapsody]’ is probably the most out-and-out fun I’ve had at the Gate in yonks, in large part thanks to a wondrous central performance from Leo Bill as Aymeric, a gifted but achingly pretentious actor – he pronounces theatre ‘thea-a’ – languishing away in regional theatre, dreaming of bigger things while fretting about the resurgence of the far-right in his country.

It kicks off a typically outward-facing new season at the Gate, as perhaps the most European production conceivable. ‘Mephisto [A Rhapsody]’ is British writer Chris Campbell’s translation of French playwright Samuel Gallet’s adaptation of German playwright Klaus Mann’s 1936 novel, which is itself based on the legend of soul-selling Teutonic magician Johann Faust, as well as the actual life story of the late German actor Gustaf Gründgens.

Arguably all of this co-operation has de-nuanced the text a bit. The first half, which loosely follows Aymeric’s formative years, is smart and sharp, asking relentlessly awkward questions about theatre-makers with aspirations to improve the world. A lot of Gallet’s writing is simply very funny, especially Aymeric glorious monologue about curtain calls. But the second half, in which Aymeric blithely abandons his principles in exchange for superstardom, feels cartoonishly predictable. It’s still fun but it’s almost sitcom-ish in its simplicity, and feels too on-the-nose to really work as satire, while the wilfully out-there ending that brings things back to Mann is essentially too WTF to really impact on what we’ve just seen.

The play’s not perfect. But Leo Bill pretty much is. His Aymeric is a stumbling, slurring man-child, who more than anything else and for all his absurdity simply feels deeply, deeply lost. Every terrible decision he makes, friend he screws over or woman he ill-advisedly sleeps with is because he’s desperately trying to find something to clutch on to. He’s kind of awful, but fundamentally sympathetic. There’s also an excellent supporting cast: Subika Anwar-Khan is particularly good as Aymeric’s amoral buddy Nicole.

And it’s really well directed by Kirsty Housley, who tackles it with Brechtian panache and the sheer audacity to stage the play across the length of the Gate, effectively giving her cast a West End-sized stage to work on with the audience squeezed up super-close.

There are definite Gate-isms: hand microphones, direct audience address from the sound person and live deconstruction of the room are all familiar, while the bit in which black actor Anna-Maria Nabirye sardonically notes that she’s in a play by white people is virtually a lift from the recent ‘Heart of Darkness’ (it’s still a fair point, though possibly a bit erasing of the other two actors of colour in the cast, I thought, maybe).

Housley and designer Basia Bińkowska are way more restrained than the directors who go a bit cray-cray with the bells and whistles here: Housley serves the actors and the play first and foremost and lets Helena Skiera and Mike Winship’s mercurial electronic score do a lot of the atmospheric heavy lifting.

You’re never going to go to the Gate for an uncomplicated good time, and to suggest ‘Mephisto [A Rhapsody]’ is the moment it all goes normcore in W11 would be very wrong. But for all my niggles, I just really enjoyed myself, which isn’t always a guarantee, at this off-West End haven for the avant-garde.