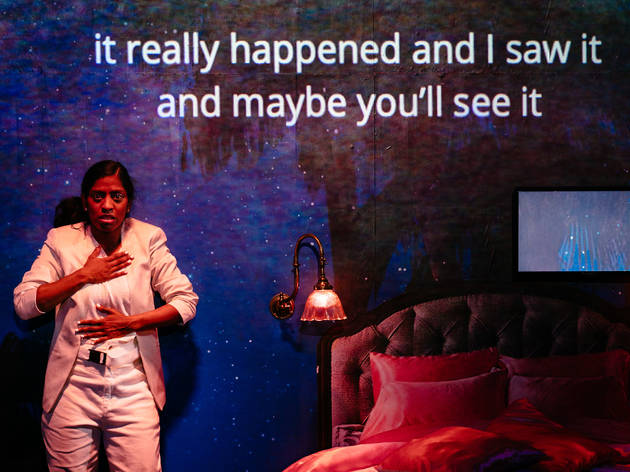 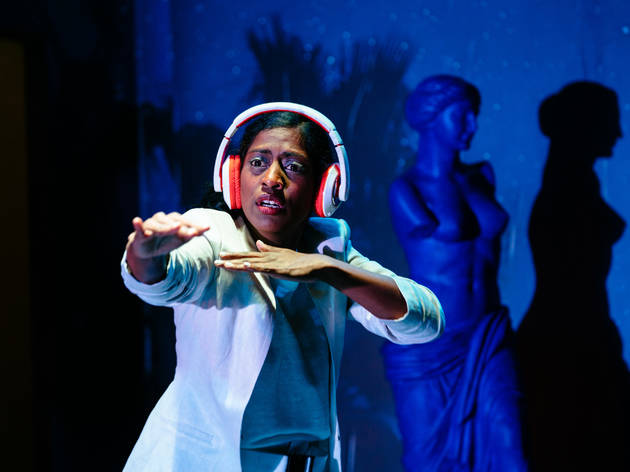 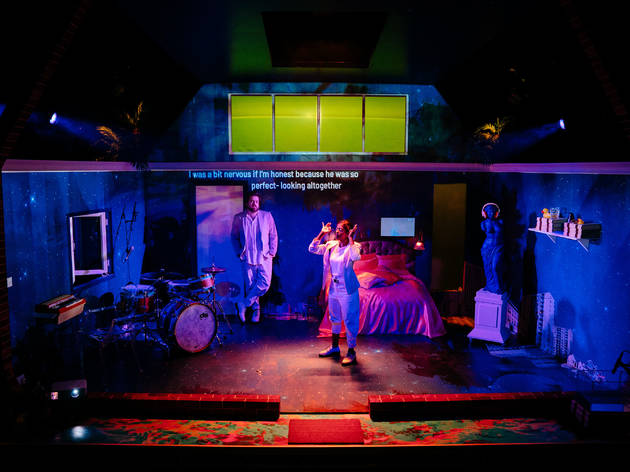 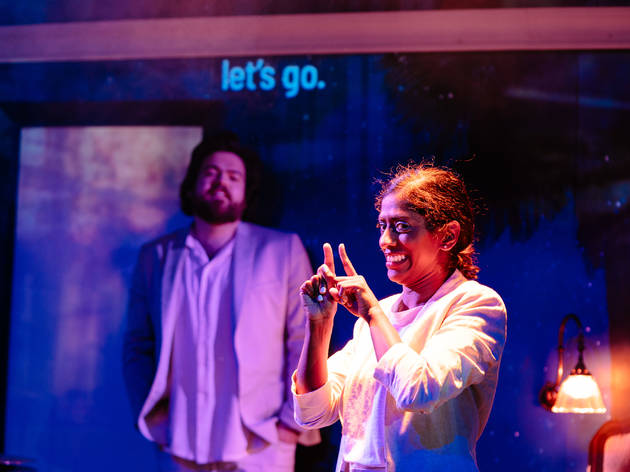 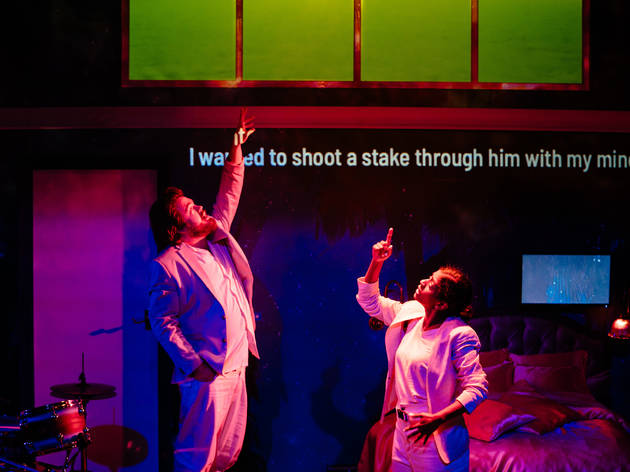 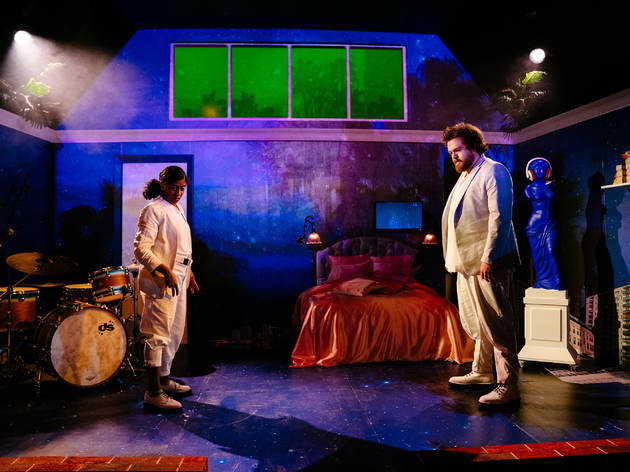 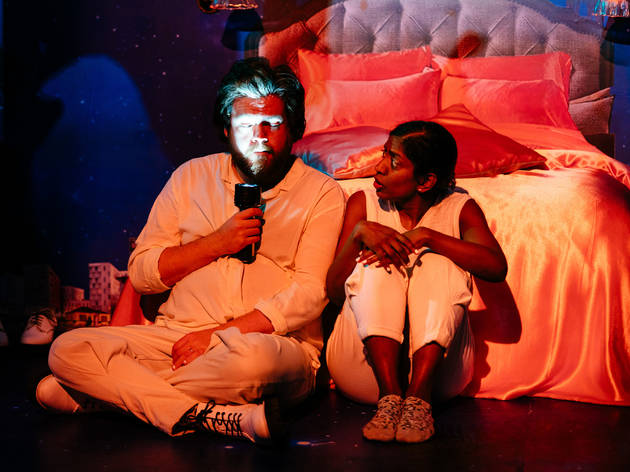 ‘When your physical body is too fucked to be getting on with, that’s your digital body’s time to shine.’

This is the premise of Eve Leigh’s ‘Midnight Movie’, a surreal, visually arresting stagger through a single sleepless night, as a narrator tries to distract herself from the chronic pain of her physical body by careening through the internet.

The narrator cannot perform – spaces such as stages are not friendly to bodies like hers, which might ‘glitch’ – so she employs two avatars. Tom Penn plays the drums and speaks the words that are also projected on to the walls; Nadia Nadarajah signs the same words, her movements drifting and dropping with a gorgeous balletic weight.

Although the play is set in a bedroom, Rachel Bagshaw’s production plays with the idea of the internet as a space no less real than the physical world. The set design references the uncanny vaporwave aesthetic, right down to the classical statuary and the pastel-and-neon ’80s throwback lighting. As our narrator browses restlessly, the projected text changes font, evoking some of the strange font choices of early web design.

Scattered throughout are references to the narrator’s life over several years, as they became aware of their illness. But this allusive play also draws on the death of Elisa Lam, a young student found dead in the rooftop water tank of an LA hotel after security camera footage – widely available online – showed her appearing to argue with an invisible being in a lift. It takes in mythology, urban legends and chat rooms where a mysterious user dares people to perform increasingly dangerous acts. It’s not always apparent what relevance each new story has until the end, when Leigh ties all the tropes together and gives us a moving disquisition on the digital body, which includes some beautiful lines: ‘The degenerative condition is having a body in the first place.’

‘Midnight Movie’ is restless, imaginative and stylish, but its rambling structure can make frustrating viewing. Although it’s a bold, occasionally brilliant play, waiting for the narrative to cohere does feel a bit like staring at a spinny wheel of death as a page tries to load.