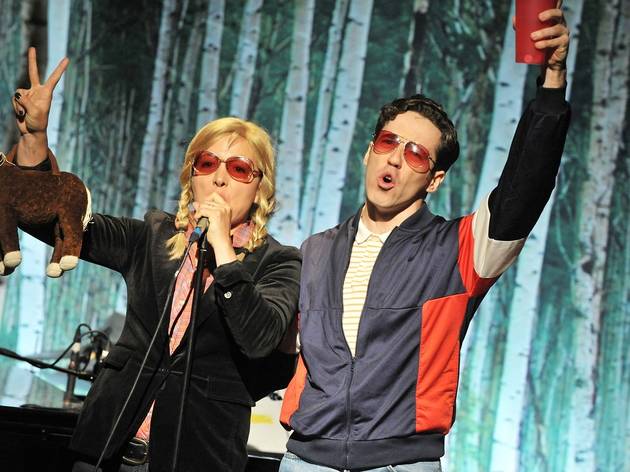 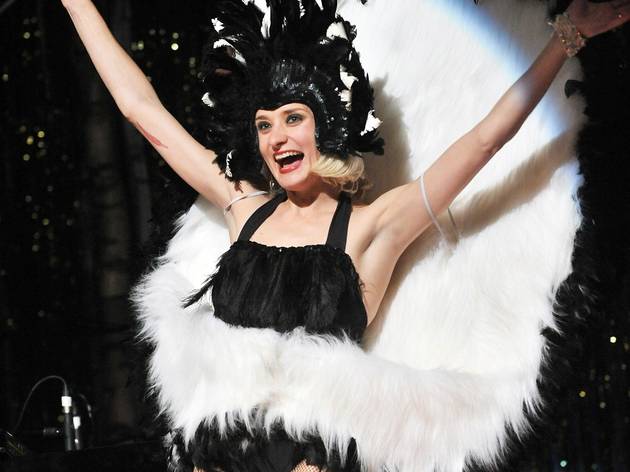 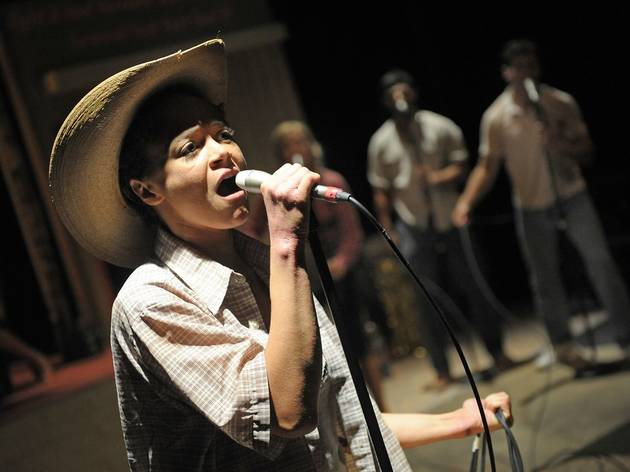 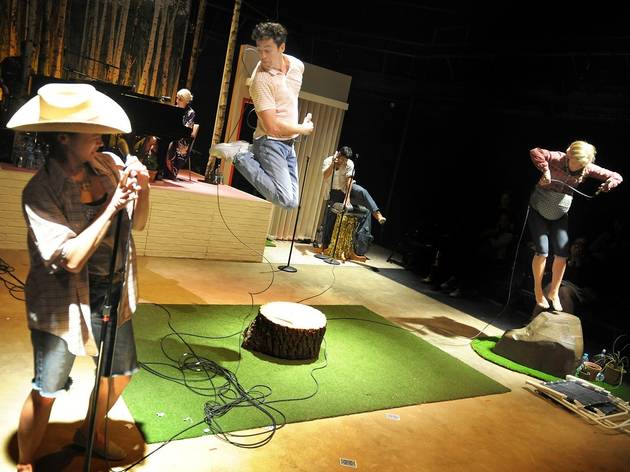 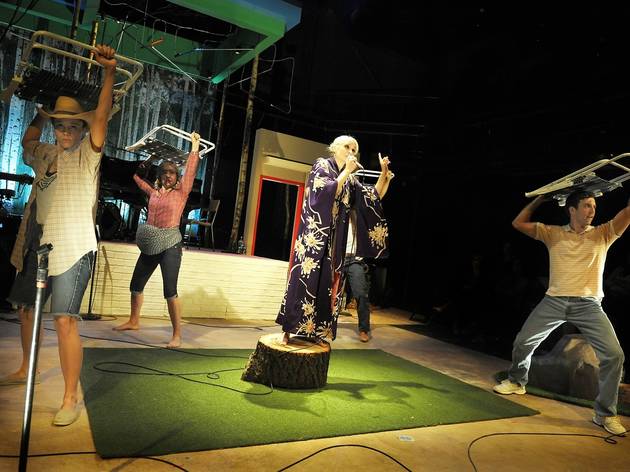 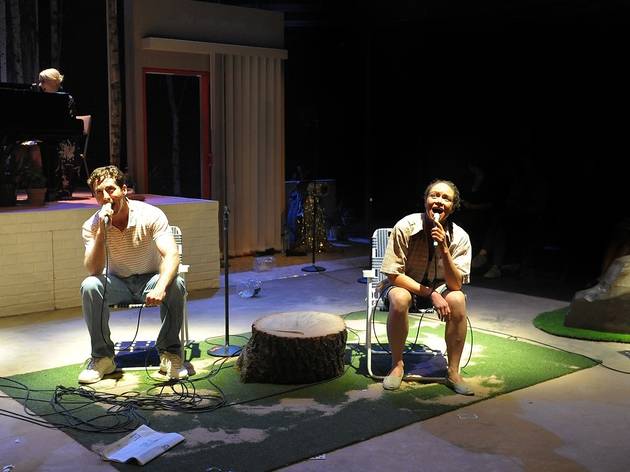 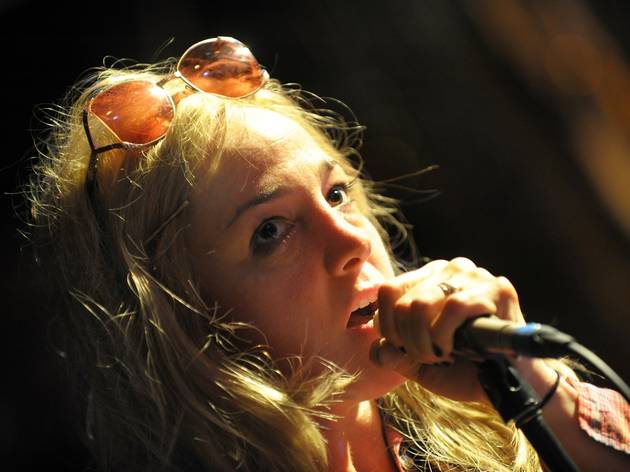 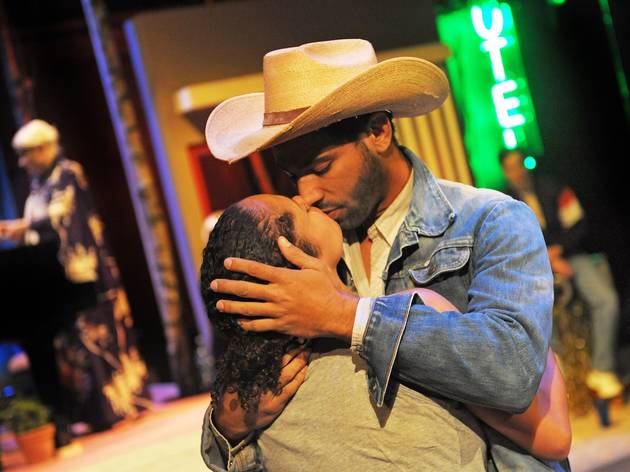 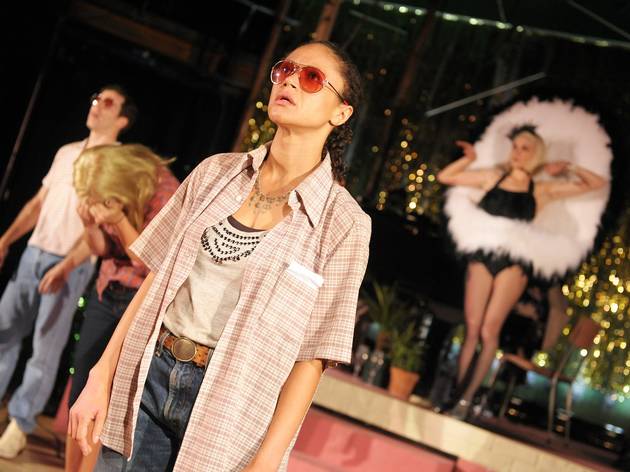 American capitalism really is a mindfuck of a subject, and if you’re going to attempt to address its entire history in a couple of hours then you really need a mindfuck of a play.

Insofar as ‘Mission Drift’ offers linear storytelling at all, the devised show centres on a tale of two teenage Dutch emigrants – Catalina (Libby King) and Joris (Brian Hastert) – who meet and marry at an Amsterdam dockyard in 1624. Starting a new life on Manhattan Island, the pair decide they’d rather exploit the wilderness than stay in the safety of civilisation. Centuries later, they’re still teenagers and still at it: they have moved to America’s final frontier, Las Vegas.

There’s a lot more to it than that, most notably the songs. These are mostly provided by Heather Christian, a New York singer-songwriter with a croakingly weird and utterly mesmerising voice, part-Cat Power, part-Portishead’s Beth Gibbons.

Sat at a piano in what the script describes as her ‘lair’, she plays ‘Mission Drift’s emcee, a demonic cabaret vamp by the name of Miss Atomic. Screeching and snarling, she produces a heady stream of cracked blues, parched balladry and mangled Vegas standards.

Her forceful and disconcerting music doesn’t so much comment on the narrative as whip it into a frenzy: ‘Mission Drift’ is a whirlwind of song and sound and surreal vignettes that conveys the dizzying mania of America’s rise with an energy that’s part sickening, part exhilarating.