The writer of ‘Moonlight’ talks about the tenth anniversary revival of its seminal sister work, ‘The Brothers Size’

Nearly 15 years ago, in the summer of 2003, somebody nicked a laptop belonging to US playwright and screenwriter Tarell Alvin McCraney, then a 22-year-old who’d just finished his undergrad degree.

‘It got stolen for two days and I panicked,’ he says. ‘Someone took it, and by the grace of God someone found that person and brought it back.’

His gratitude is understandable, because the laptop contained un-backed-up drafts of two works that would change his life.

One was an embryonic screenplay, then called ‘In Moonlight, Black Boys Look Blue’. In 2016,
a reworked version was made into a film, simply entitled ‘Moonlight’, which would go on to win the 2017 Academy Award for Best Picture.

The other was a play called ‘Caught’. In 2007, this audacious drama about two dysfunctional Louisiana brothers, one fresh out of prison, premiered, first in New York and then at the Young Vic under its new name, ‘The Brothers Size’. It was McCraney’s debut play and the making of him. Indeed, the Liberty City, Florida native went down such a storm in the UK that he soon became an associate artist of the RSC, and would still be living here to this day if he’d got his way: ‘I just couldn’t get the visa,’ he sighs.

A decade on from Bijan Sheibani’s production in the Young Vic’s Maria studio, a post-‘Moonlight’ McCraney found himself wanting to reconnect with his debut – a drama about family, mythology and the American prison system’s effect on black men, incorporating elements of Yoruba ritual and mythology drawn from McCraney’s West African heritage.

Revisiting ‘In Moonlight…’ gave him an even bigger success, but also finally led to him dealing with a lot of the emotional baggage relating to his late mother that the old text had represented. Astonishingly, he wrote both of them at the same time.

‘My mother had passed away that July,’ he reflects. ‘I had a lot of time and no money and I was deeply depressed. I was struggling through a kind of... process, but I had also been accepted by the Yale School of Drama and I thought I should probably have a couple of things in my pocket to work on. So I started “The Brothers Size” and started journaling “In Moonlight…”, which just came from talking about a lot of dreams, which is why you’ll see both pieces are dream-heavy.’

The erudite McCraney was in no way born into privilege: as detailed in ‘Moonlight’, he grew up gay on a tough housing project, his mother a crack cocaine addict. He also has two brothers, who have had troubles with the law (one went to prison for a spell). There are some similarities to ‘The Brothers Size’, but its success didn’t strain any relationships: the family consensus is that Ogun and Oshoosi – the play’s sibling protagonists – are facets of McCraney, not portraits of his own brothers.

‘I was having a lot of dreams and nightmares to do with early memories I had of my mother and her addiction,’ he says of the period. ‘The kind of guilt of growing up and being so far from home when she was dying rather than, you know, being very close to her. And then there was a part of me that felt like I wasn’t protecting my brothers, I wasn’t being the head of the family while they were living in the Deep South and dealing with the law. And all of these things came out at the same time.’

For the play’s decade anniversary, Sheibani again directs a production that has graduated to the Young Vic’s main house. It’s a victory lap of sorts, a former cult playwright returning to the theatre that helped make him a star. But he hopes it’ll fire him up for his next project.

‘You know sometimes when you have a great conversation with someone and then suddenly you’re cut off in a good place?’ he says. ‘This feels like finding that moment when you left off and talking about that thing you never got a chance to. It’s gonna be good.’

‘The Brothers Size’ is at the Young Vic until Feb 14 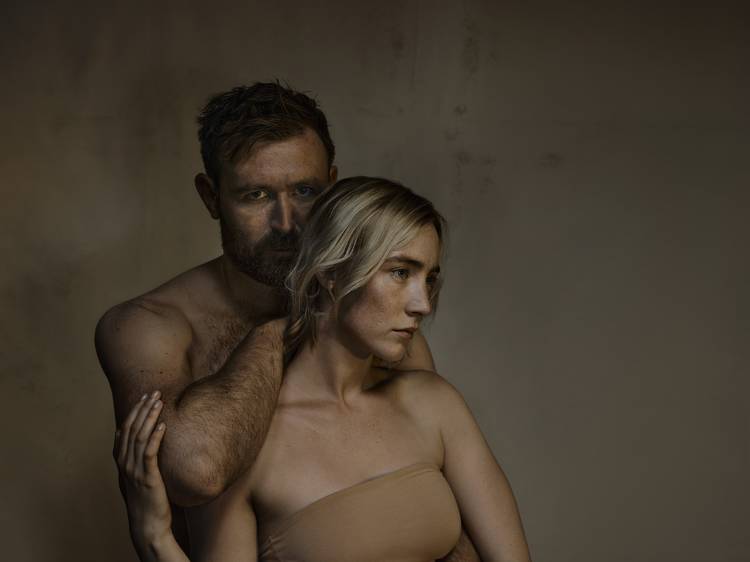 London's theatre calendars are flooded with acclaimed shows, big names and hotshot directors, and there's no way anyone can see them all. As a starting point, the Time Out theatre team have picked the shows opening in London this month that you won't regret booking for.