The friend who was supposed to come with me to ‘Moulin Rouge! The Musical’ dropped out because of a migraine, and honestly, hard relate: director Alex Timbers’s dementedly maximalist ‘remix’ of Baz Luhrmann’s smash 2001 film is pure sensory overload. Frequently I found myself cackling hysterically at it, on my own, for no particularly good reason, other than how *much* it all is.

If you can remember any of the 2001 film’s music beyond ‘Lady Marmalade’ (here present and correct as show opener, complete with sassy, snappy choreography from Sonya Tayeh) you’ll remember that the soundtrack largely consists of medleys of other people’s songs. So we have ‘Sparkling Diamonds’, aka ‘Diamonds are Forever’ smushed into ‘Diamonds Are a Girl’s Best Friend’ or the semi-infamous ‘Elephant Love Medley’, a wilfully preposterous amalgam of the cheesiest lines from myriad famous pop tunes, a veritable one-track sex mix.

You have to think that it’s essentially this that drew Timbers and music supervisor Justin Levine to ‘Moulin Rouge!’, as they’ve gone absolutely nuts with the idea, pumping the story full of pop songs old and new, fragmented and whole. Like a glittery cow jacked up with some fabulous experimental growth hormone, ‘Moulin Rouge!’ is now bulked into a veritable behemoth of millennial pop bangers. There are the ones that were in the film. There are some that were around when the film was made but weren’t included (‘Torn’; no kidding, the theme from ‘Dawson’s Creek’). Then there are more recent numbers that might have been included if they’d been written at the time (‘Hey Ya’, ‘Firework’, ‘Bad Romance’, ‘Rolling in the Deep’, the riff from ‘Seven Nation Army’). And finally there are a few cool oldies, notably a late ’60s Stones medley and a run-through for Timbers’s old collaborator David Byrne’s ‘Burning Down the House’.

It is, by design, far too much. Derek McLane’s ravishing set is a garishly pulsing wonderland of belle époque neon, a recreation of the iconic Montmartre nightclub the story is set in at the dawn of the twentieth century. Though it is in fact absolutely ages before we get even a hint of plot amid the barrage of anachronistic pop tunes. Around ten minutes in, a line of dancers are doing the can-can to a distorted metal version of the iconic dance tune, and Clive Carter’s Harold Zidler – who we can just about gather is the master of ceremonies at the club – fires confetti at us out of his cane then wanders off.

And at that point we’re still not particularly close to the story starting: the sturm und drang barrage is awesomely OTT. There must be at least 50 songs in the mix here: it’s less a jukebox musical than a frantically-pressing-shuffle musical. But it’s also… ridiculous? And not in a good way? More so than the film, ‘Moulin Rouge!’ The Musical’ is entirely leveraged on the idea that pop medleys are cool. But as somebody who very much lived through the mash-up craze of the ’00s and has dim childhood memories of Jive Bunny And The Megamixers, my question is: are pop medleys cool? Or at least, cool enough to build an entire musical around?

I mean, maybe: they’re a lot of fun, and as a historical craze that seems to have a moment in the sun every other decade, the ’20s are ripe for a revival. But the fact is the form is not so dizzyingly brilliant that I felt forgiving of the plot when it did finally crawl out of bed. Beneath the songs we’re stuck with a generic plod through the romance of the club’s doomed, beautiful star performer Satine (Liisi LaFontaine) and penniless American dreamer Christian (Jamie Bogyo) who falls head over heels for her when he comes to pitch some songs her way. The vivacious LaFontaine and likeable stage debutant Bogyo – he looks a bit like a more cheerful Adam Driver – are very watchable, but there are plenty of points in the second half where the songs stop for a long time and we’re left with a plot that’s both wearily tropey and awkwardly po-faced.

Sure, it’s the same plot as the film, which I’d say has aged well. But the film had Nicole Kidman and Ewan McGregor at the peak of their powers: LaFontaine and Bogyo are good, but they’re not stars in the same sense. The film had the ravishing hyperreal twinkle of Lurhmann’s lens, and a deft mastery of its own melodrama that falls rather flat in John Logan’s book for the musical – the big emotions are going through the motions. There is an obvious comparison to be made to ‘& Juliet’, the other big millennial pop musical in the West End right now. But ‘& Juliet’ has a giddy silliness that makes the characters a joy to spend time with. Here they’re just walking plot devices, killing time between songs.

It’s a very fun night out, guaranteed to push the buttons of anyone who grew up on ‘Pop World’, 2manyDJs, or indeed, the films of Baz Luhrmann. But for all its tongue-in-cheek chutzpah, when the music stops you’re not left with much. 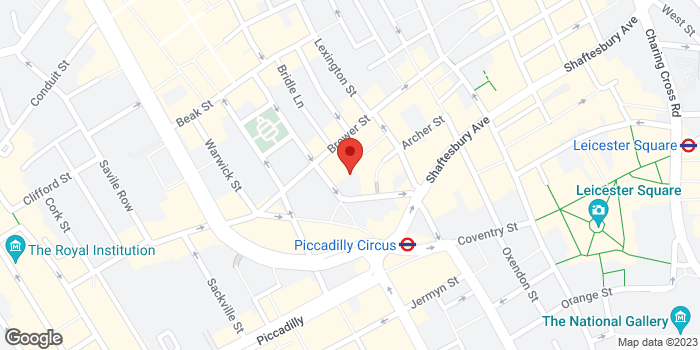