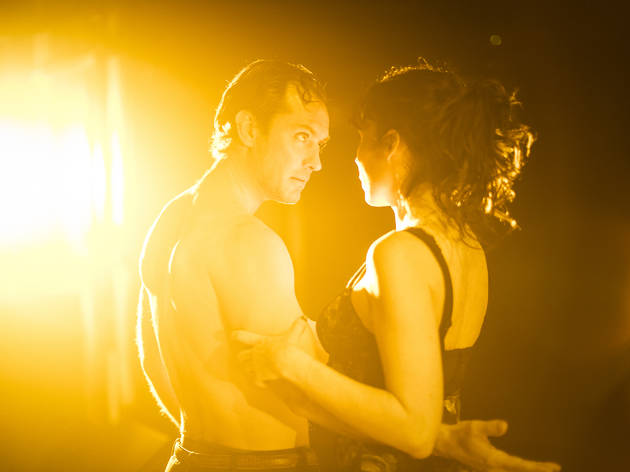 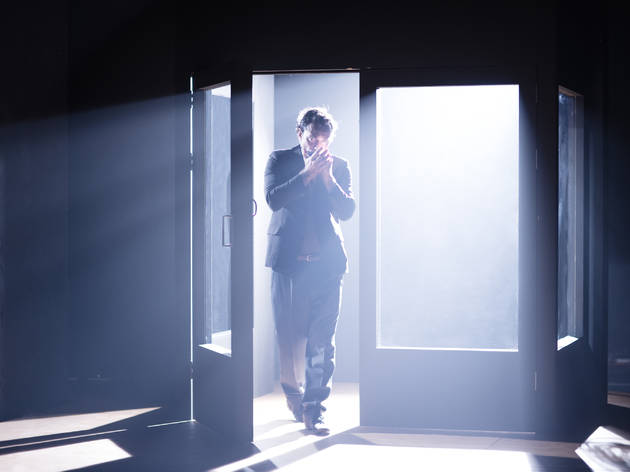 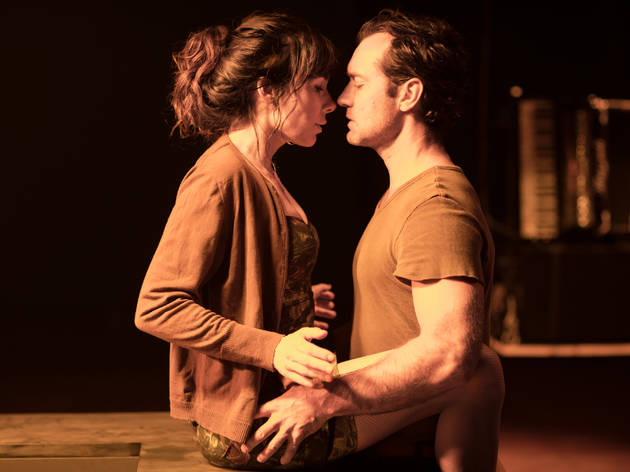 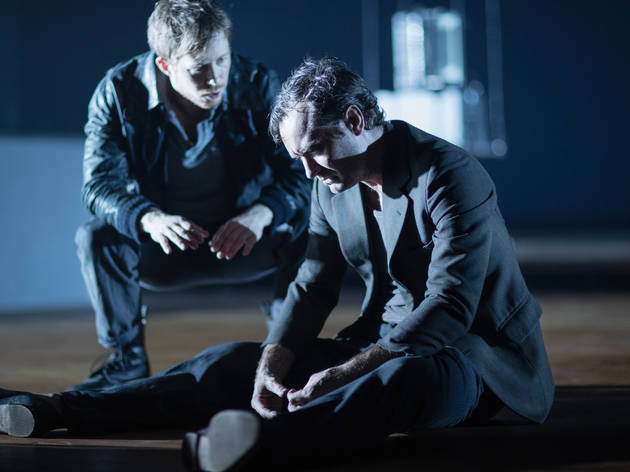 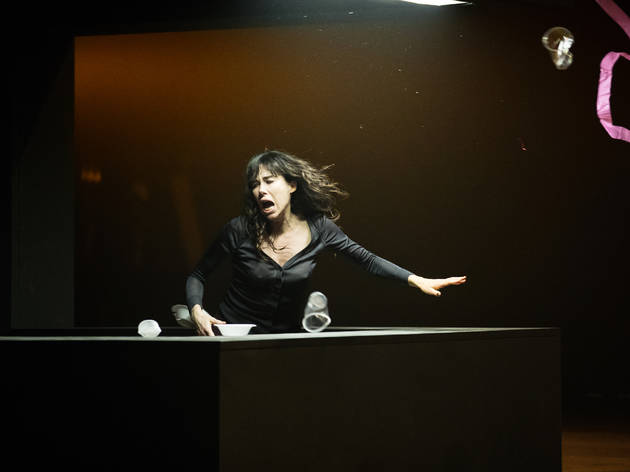 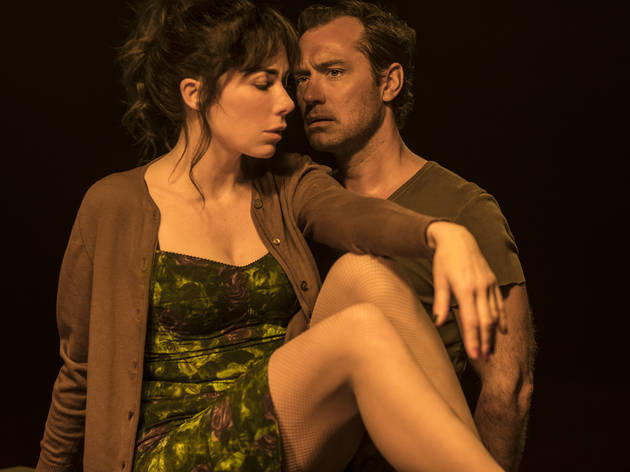 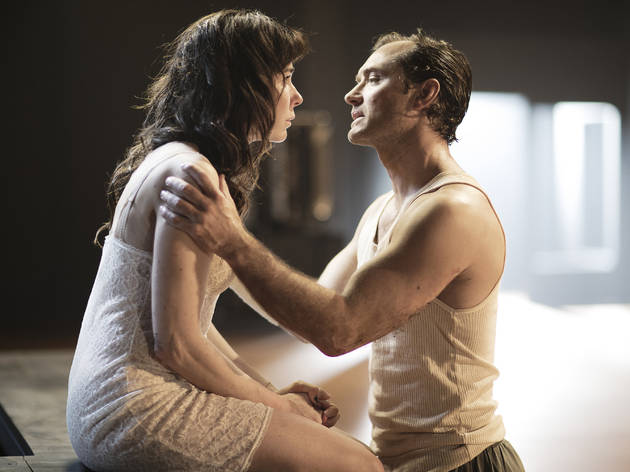 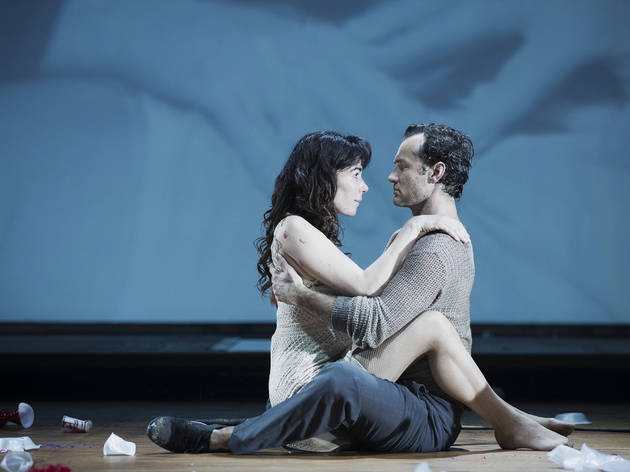 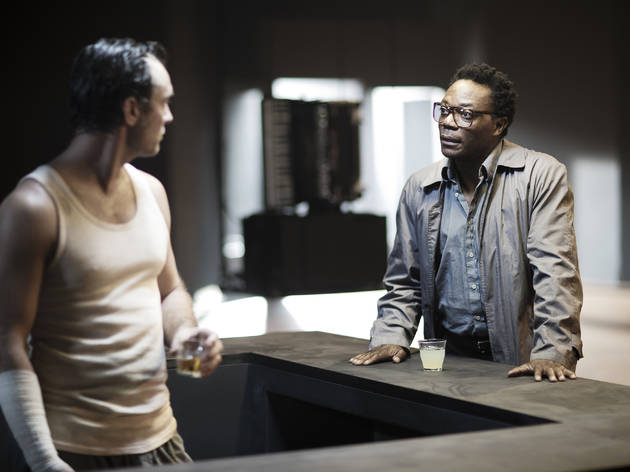 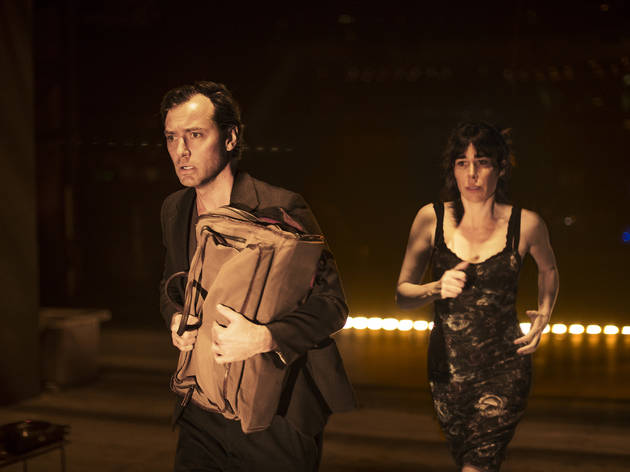 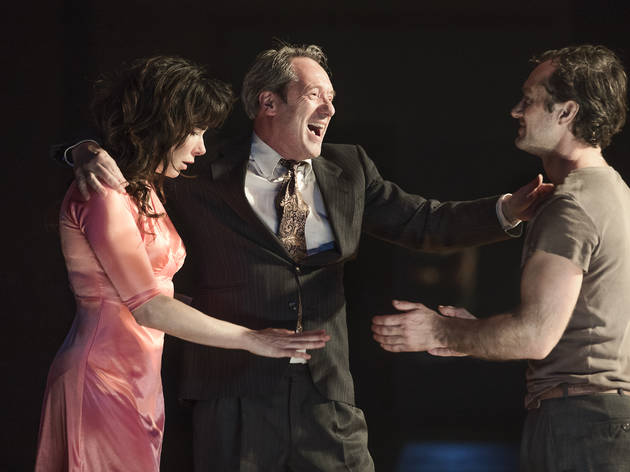 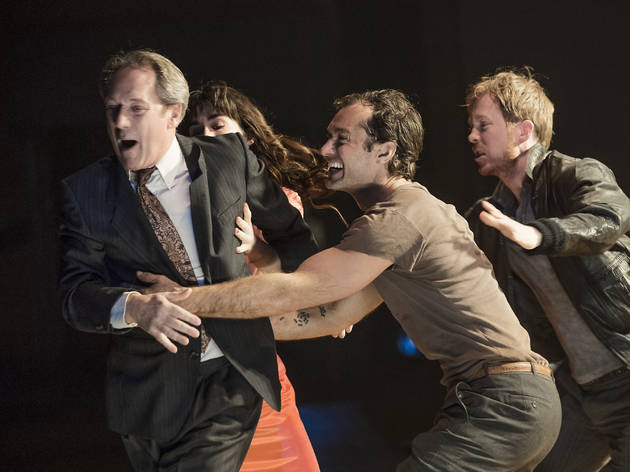 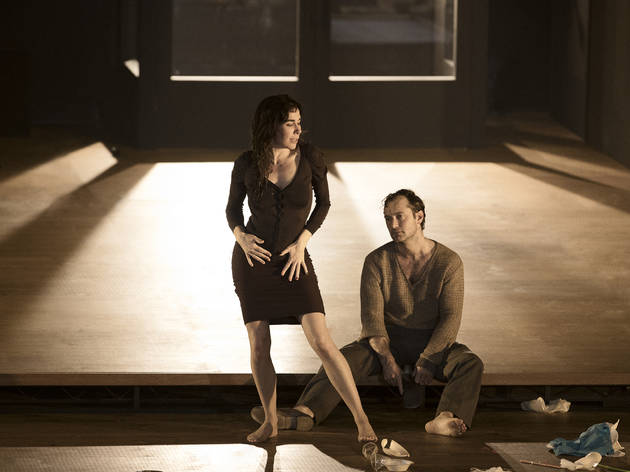 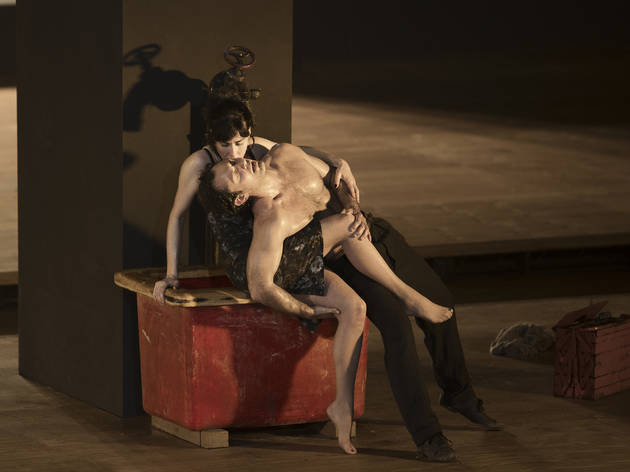 Last time he was on the London stage, Jude Law took the lead in a notably unadventurous West End production of ‘Henry V’. So you can understand why he’d head in the opposite direction this time. It’s just a shame his desire to work with pioneering director Ivo van Hove hasn’t resulted in one of the prolific Belgian’s better shows. ‘Obsession’ comes across as such an odd, often clashing, mish-mash of ideas that it’s frequently hard to detect the exact point.

It’s an adaptation (by Jan Peter Gerrits) of Luchino Visconti’s 1943 film ‘Ossessione’, which tells of a drifter, Gino, whose passion for Hanna – an intense younger woman married to an older man – is reciprocated, with disastrous consequences. The story is best known in its original novel form, James M Cain’s ‘The Postman Always Rings Twice’, which was made into a film of the same name.

Law is a jolly good stage actor, and he does his best here, pouring all the strength of feeling he can muster into Gino’s desire for Hanna (Halina Reijn), then his later anguish as he starts to suspect she has manipulated him. There are restrained, arty sex scenes that are kind of sexy in a restrained, arty way.

Unfortunately neither Law nor Reijn – who between them account for most of the play’s lines – have much to get stuck into. Both are good actors, but their roles are insubstantial, especially for a marquee-name film star. I’d love to see what Simon Stephens, one of Britain’s best playwrights, would have made of the story if he’d rebuilt it from the ground up, but his ‘English language version’ is pretty minimal, presumably just polishing up a translation of Gerrits’s screenplay-like script .

As such the dialogue is sparse, melodramatic and untheatrical. The lack of depth to the adaptation also means ‘Obsession’ fails to really interrogate the film’s politics, meaning it’s in real danger of coming across as a bit of a meninist bleat about an innocent bloke who falls prey to scheming women desperately trying to cage his rugged spirit etc, etc.

The main reason why ‘Obsession’ remains worth a look is on technical points: Eric Sleichim’s sound design, in particular, is ravishing, a watery world of drips and ticks, feverish bursts of opera and glistening electronics. At its best it heightens the melodrama to something redolent of David Lynch; even at its worst it leaves the play feeling like a beautiful piece of kitsch.

Van Hove is undoubtedly an auteur, but his best work in this country has ultimately been based around big acting performances, be that Hans Kesting in ‘The Roman Tragedies’, Mark Strong in ‘A View from the Bridge’ or Ruth Wilson in ‘Hedda Gabler’. In ‘Obsession’ there is no great lead role, and Law feels like an impressive adornment on some fascinating, baffling, maddening invention.