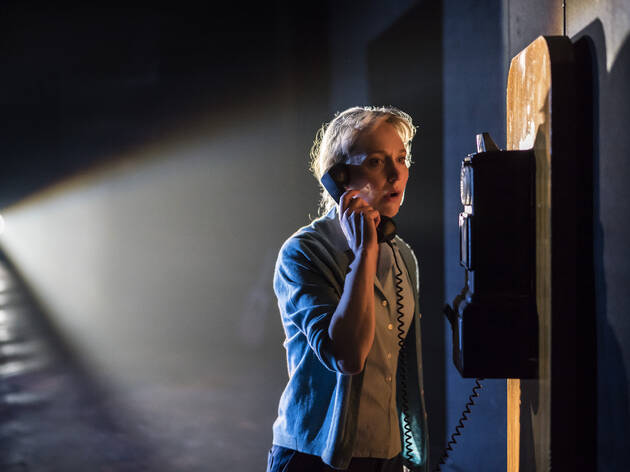 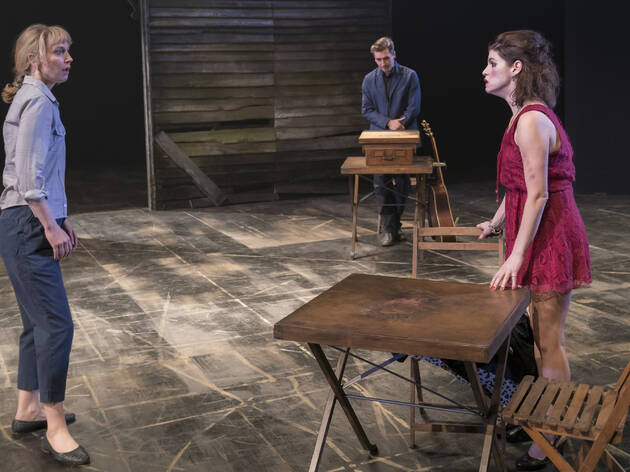 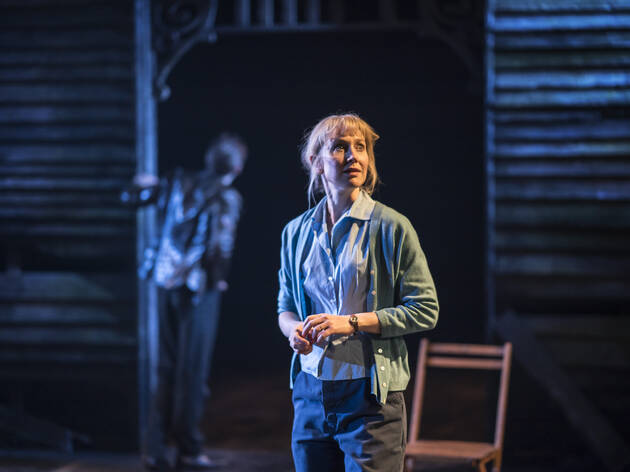 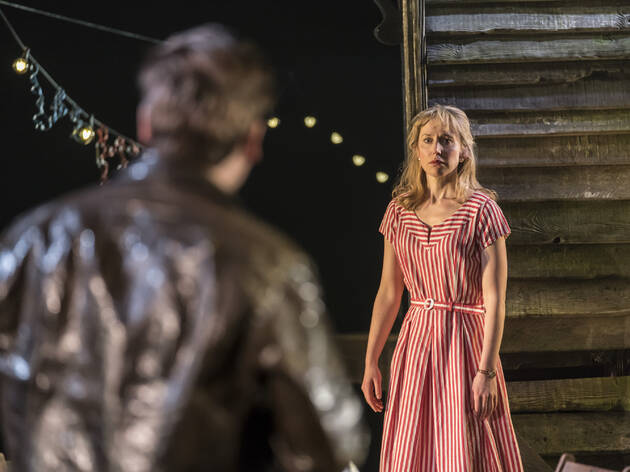 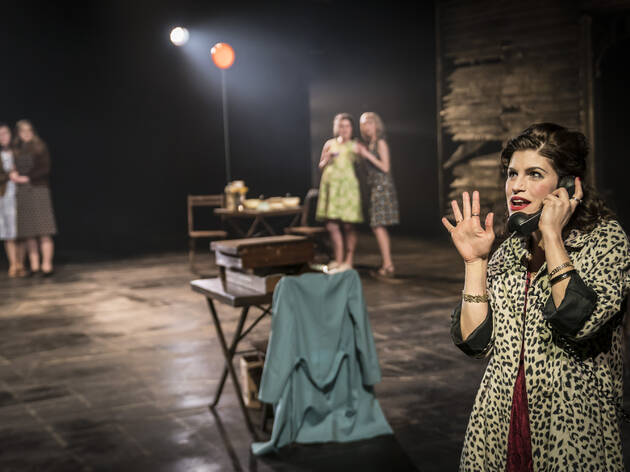 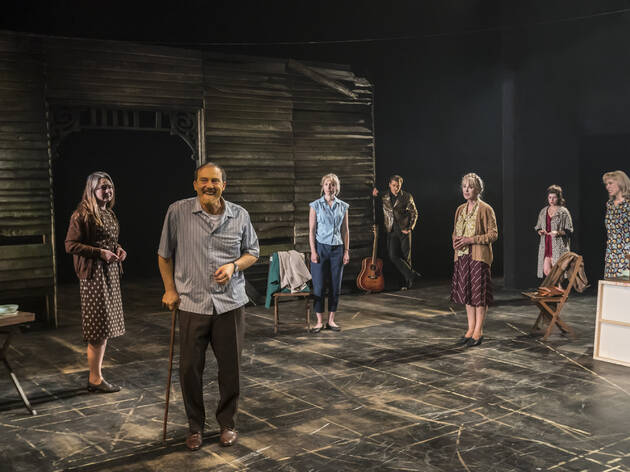 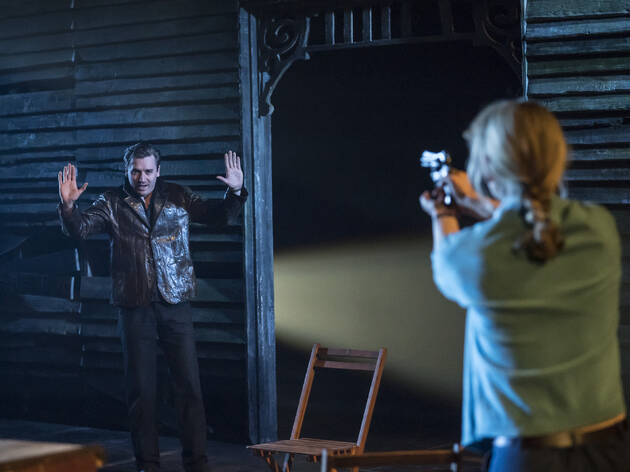 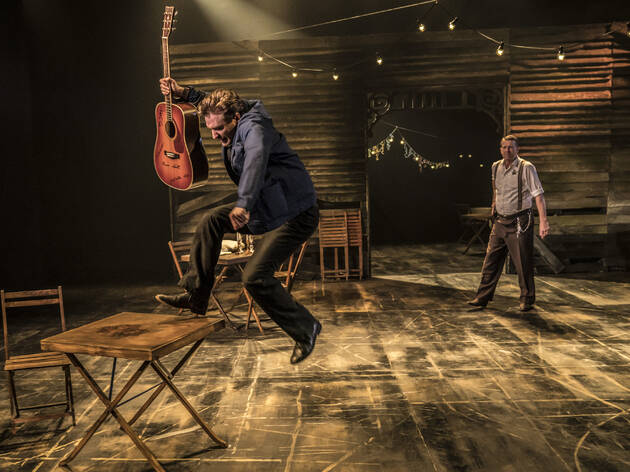 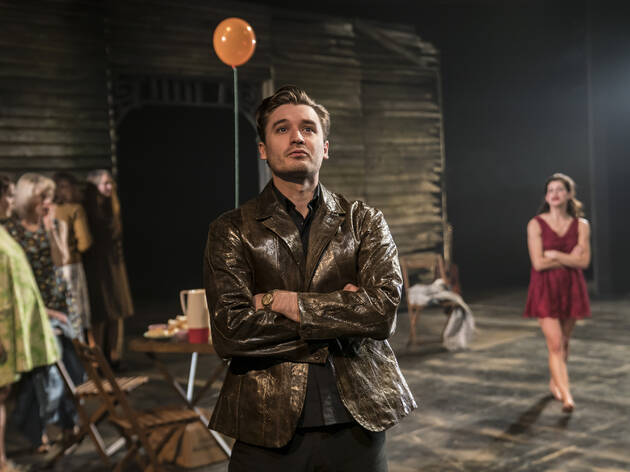 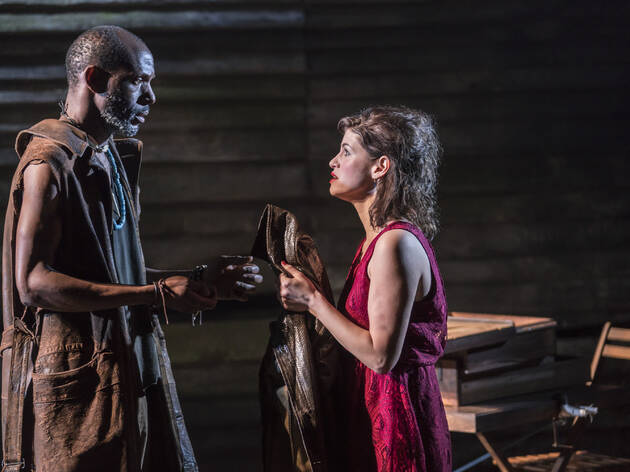 Tennessee Williams wrote something like 100 plays, of which maybe five are actually properly famous.

‘Orpheus Descending’ is probably in the second or third tier of his works (there are a lot of tiers), but if you’ve not heard of it you’re always on pretty familiar turf with Williams. Set in the Deep South? Check. Sexy drifter with secrets comes to town? Check. Noble-but-troubled matriarch, grotesque patriarch? Check check. Booze, pills, illicit sex? Triple check.

Verrry loosely based on the myth of Orpheus and Eurydice, ‘Orpheus Descending’ – revived by Tamara Harvey – follows Valentine Xavier (Seth Numrich), a handsome itinerant guitarist. Just turned 30, he is determined to leave his disreputable old life behind him, as he drifts into a small Southern town and falls into the employ of Hattie Morahan’s tough, unhappily married dry goods store owner Lady Torrance.

The first half has its moments. The opening description of the Edenic lakeside drinking garden Lady’s Italian father owned before it, him and her happiness were incinerated by a racist mob is profoundly haunting. And US actor Numrich – in his third Williams play in the UK – is mesmerising as he spins Lady a strange yarn about a tiny blue bird with no legs, which never lands.

But as a whole it’s hard to warm to: Williams chucks in far too many characters, and gives Lady too little to do. Morahan, a phenomenal actor, simply has nothing to sink her teeth into. Even a good role for the brilliant comedy actor Jemima Rooper – as town hellraiser Carol Cutrere – isn’t enough to really lift things.

But then the second half cranks up the melodrama and it all kind of clicks into place, albeit schlockily. It finally focuses on Lady and Valentine: two lost souls, out of place and out of time in a prejudiced, backwards South whose denizens have made it a kind of hell. Numrich is good as a man torn between his noble aspirations and the crushing nature of reality. And Morahan is finally allowed to let rip as Lady’s terse, no-nonsense facade crumbles into despair, loneliness and finally an explosive desire for vengeance.

I’d say ‘Orpheus Descending’ winds up as entertaining rather than brilliant. But there are considerably worse Tennessee Williams plays that a cast as good as this could pull off – although just imagine what they might have done with one of the really great ones.