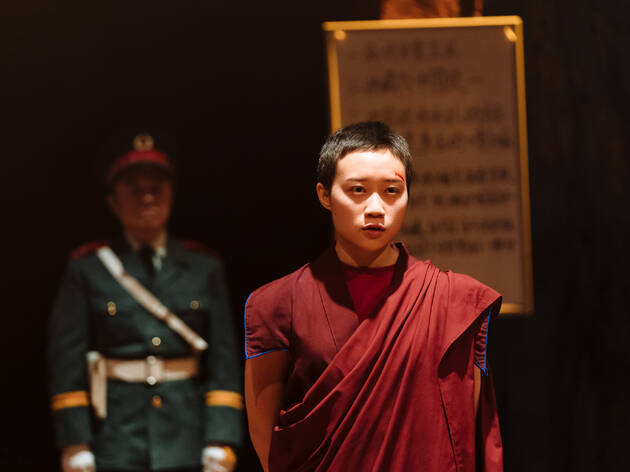 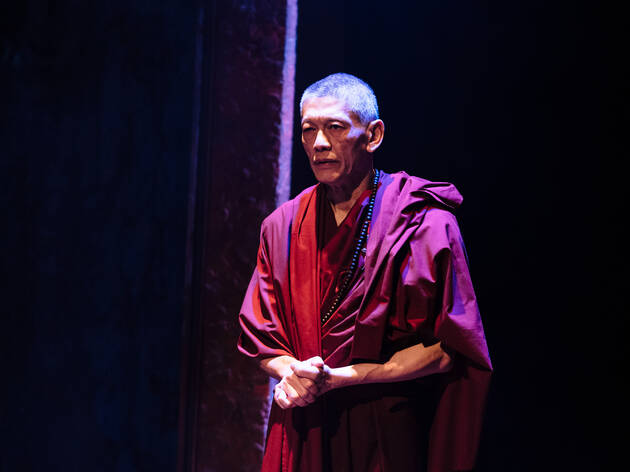 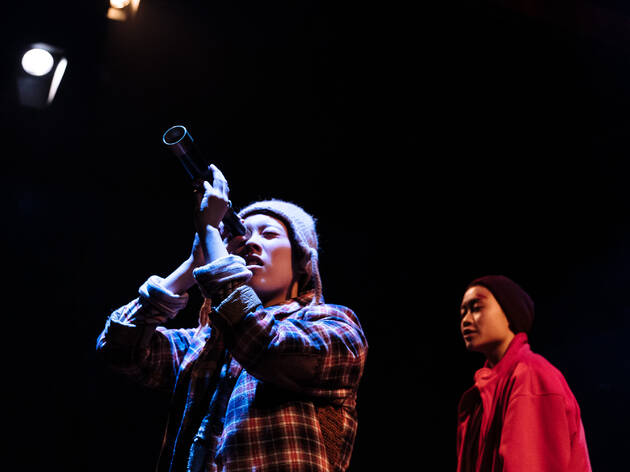 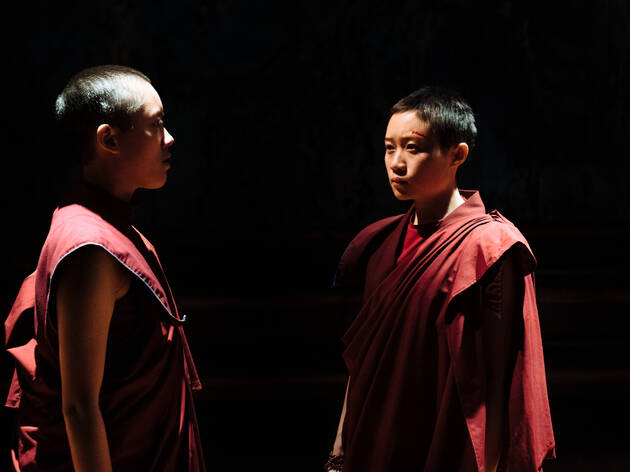 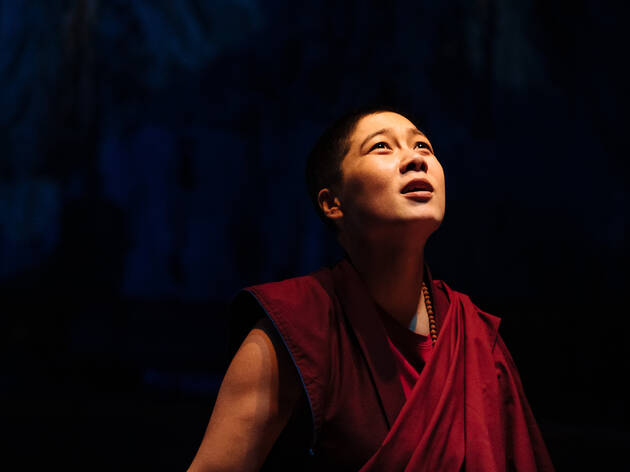 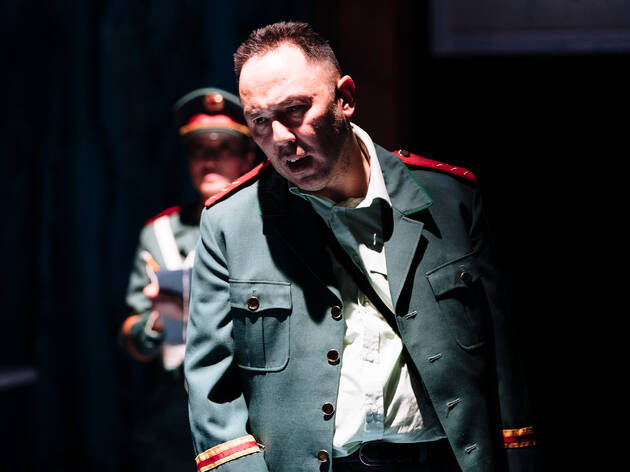 ‘Pah-La’ was announced in an unusual way: by its writer, Abhishek Majumdar, kicking off on social media when the Royal Court failed to programme it in its 2017 season: accusing the theatre of running scared of Chinese retaliation for a play about the endlessly sensitive topic of Tibet.

But here it finally is, a fictionalised take on the true events surrounding the Lhasa riots of 2008. It is, however, no one-sided polemic: the Chinese are clearly shown to be the oppressors, but Majumdar takes a long hard look at the retaliatory violence committed by Tibetan Buddhists.

Deshar (Millicent Wong) is a young Tibetan nun with a lot of inner rage. When her nunnery is dissolved by Daniel York Loh’s malevolent Chinese policeman Deng she decides – and this is a fairly major spoiler – to immolate herself.

That’s the first half, in which Majumdar furiously crams in an explainer on the basics of Buddhism, and sets Deshar up as an angry young woman in a religion that abhors anger.

Without giving too much away, the second half shows the aftermath of her act: violent, often literally incendiary retaliations from native Tibetans upon Chinese settlers and other minorities. There’s more, though: Deng’s daughter has disappeared, and he’s losing the plot, and becomes a much more complicated figure than the Bond villain-ish one presented in the first half. York Loh has the meatiest role in the play and his sheer intensity overcomes the odd hackneyed line.

‘Pah-La’ is a very ambitious piece of work that attempts (among other things) to explain the relationship between China and Tibet, the nature of violence, language and anger, and their relation to Buddhism and also the patriarchy. That it doesn’t entirely succeed is maybe not an absolute shocker: Majumdar tries to talk about so many things that he often resorts to exposition, contrivance and cliché, because that’s the quickest route to cram in the most things.

‘Pah-La’ is that rare play that feels like it might have made sense in a bigger theatre: with its teeming hordes of characters, many of whom only appear in one half, a more epic treatment might have given the talky script more room to breathe than in Debbie Hannan’s pacy production. Certainly there is potential for a fancy set that isn’t realised in Lily Arnold‘s stripped-back traverse design, though I should say that it seems whatever budget she had was clearly and justifiably mostly spent on one really extraordinary coup de théâtre that I am absolutely not going to spoil.

There is still unrealised potential here, I think, but better it’s finally out here to start some conversations. Given that Tibet has steadily drifted out of Western discourse as China’s star has ascended, it feels, above all, important that ‘Pah-La’ exists.