Peter Morgan’s ‘Patriots’ feels both blessed and cursed by topicality. Clearly it would have been commissioned long before Russia’s genocidal invasion of Ukraine. But here we are,  some months into said invasion, and suddenly we have a play that tells the story of post-Soviet Russia via the rise and fall of the oligarchs – as represented by the rebellious Boris Berezovsky and compliant Roman Abramovich – while attempting to delve into the psychology of current global enemy number one Vladimir Putin.

It’s a huge subject to tackle, and for all its virtues, ‘Patriots’ doesn’t entirely carry it off.

Sporting an impressive bald wig, Tom Hollander plays Berezovsky, a gifted mathematician who might have remained in academia had the USSR not fallen and he not decided to step into the chaotic power vacuum. Hollander’s Berezovsky is charming, mercurial and physically graceful. After acquiring control of Russia’s state television station ORT, he basically becomes the most powerful man in the country, using his influence on President Yeltsin to act as the nation’s power broker. Pragmatically, Russia is simply too antisemetic for him to be President himself. But what does that matter when he’s the kingmaker?

As it turns out, quite a lot: Will Keen’s Putin is an awkward, essentially honest small-time politician who falls on hard times and turns to Berezovsky for help, having aided him in the past. Berezovsky blithely has him made Prime Minister, assuming he’ll know his place. Putin does not know his place, and rapidly falls out with Berezovsky, whose explosive sense of self-regard leads to him fatally misjudging the situation by attempting to bring Putin to heel, by having his TV station castigate Putin for the Kursk submarine disaster.

If I’m not mistaken, Morgan’s basic thesis is that both Berezovsky and Putin were genuine patriots of sorts: Hollander’s Berezovsky sincerely believes he had the rare intellectual gifts and vision required to steer the country from the Soviet dark age into a modern, global future; Keen’s Putin wanted to cut down on corruption and make the oligarchs who’d carved up his lawless country follow the rules again. And both lose sight of their objectives: Berezovsky because of his overweening ego; Putin… well, because of his overweening ego, albeit very differently expressed, a stiff inability to forgive or forget any form of ‘improper’ behaviour, which for him starts with total respect for the President.

It’s an interesting, informative play, with three great performances in Hollander’s brilliant, quicksilver Berezovsky, Keen’s hypnotically plausible, hangdog Putin, and Luke Thallon’s Abramovitch, essentially a nice enough guy who realises he needs the patronage of the others to succeed and sucks it up humbly, becoming stupendously rich in the process. ‘Hamilton’ star Jamael Westman also gives a solid secondary turn as an intense, honourable Alexander Litvinenko. (There aren’t many roles for women - though I suppose you could argue the same about Putin’s Russia).

However. With Russia currently waging a war of annihilation against a European country, Morgan’s scholarly, sprawling thesis about the Russian ‘90s and ‘00s feels inadequate when it comes to talking about where we are now, despite coming tantalisingly close in historical terms. His Putin is fascinating, but it’s clearly not the guy we’re dealing with at the moment, and ‘Patriots’ even sometimes feels on the verge of trying to justify his behaviour.

Moreover, despite our being endlessly informed that we – the Western audience – do not understand Russia, it felt to me – admittedly not 100% a Westerner – glaringly apparent throughout that we were watching a play written by an English playwright in which the characters had ultimately been imagined as different shades of English, from Putin’s stuffy jobsworth to Berezovsky’s mad scientist. For all Rupert Goold’s typically zingy direction - there’s Russian song, Russian booze, and even a Russia consultant, Yuri Goligorsky - it never particularly feels like a story about another country.

I’m absolutely not saying English playwrights shouldn’t be able to write about Russia. But I am saying that Lucy Prebble stupendous 2019 play ‘A Very Expensive Poison’ ultimately did it a lot better, capturing the swirling psychosis and black farce of Litvinenko’s assassination far better than Morgan’s fastidious thesis. Ultimately Prebble’s wild ride tragicomedy told us far more about where we are now than ‘Patriots’ does. It’s a solid drama from Morgan, with a superior cast and an entertaining production. But the fact it threatens to say something devastatingly perceptive about the world in 2022 makes it all the more disappointing when it doesn’t. 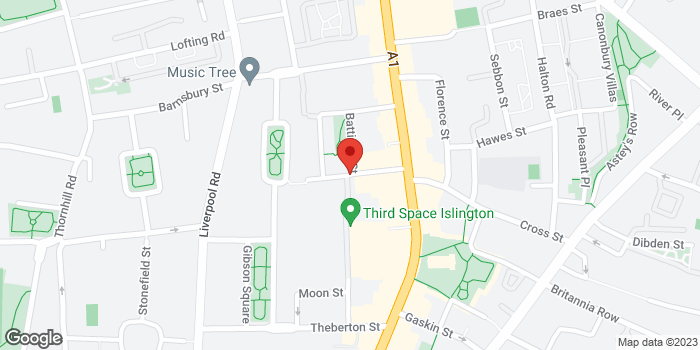