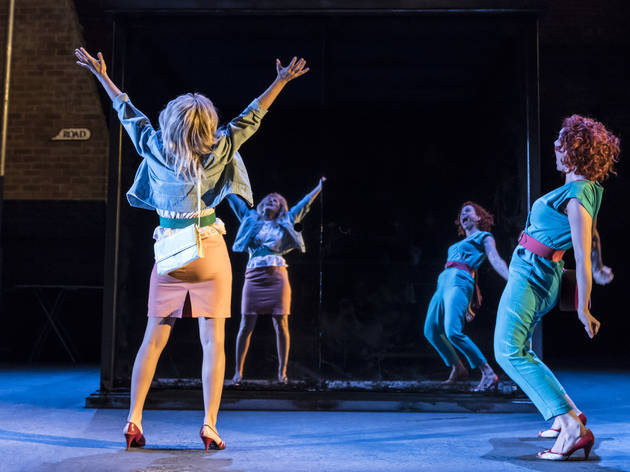 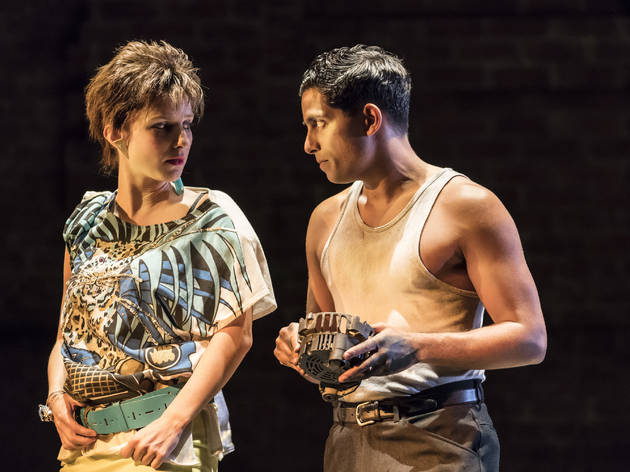 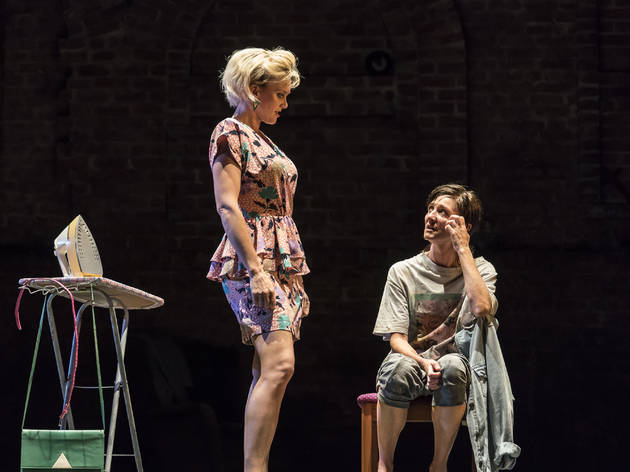 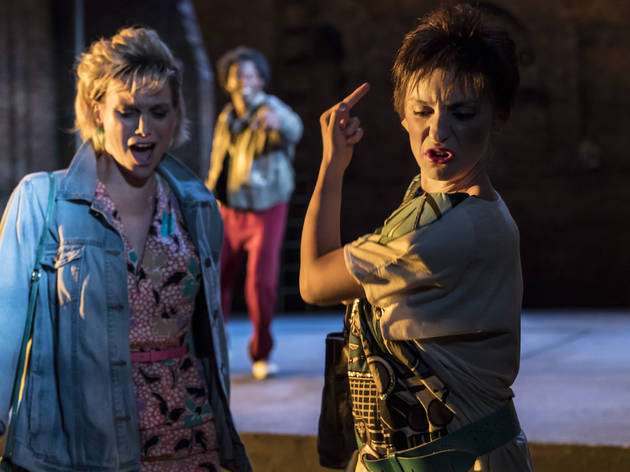 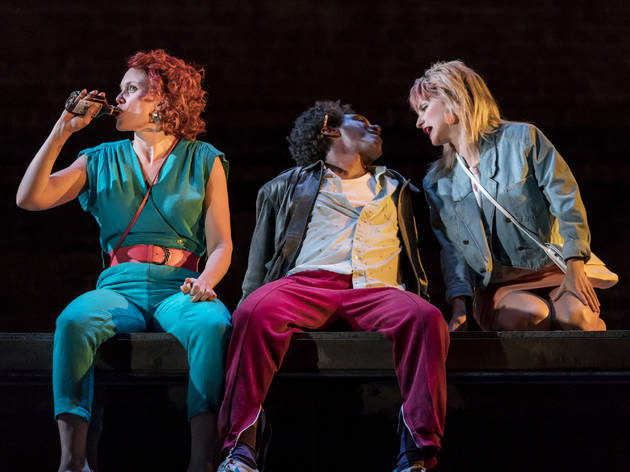 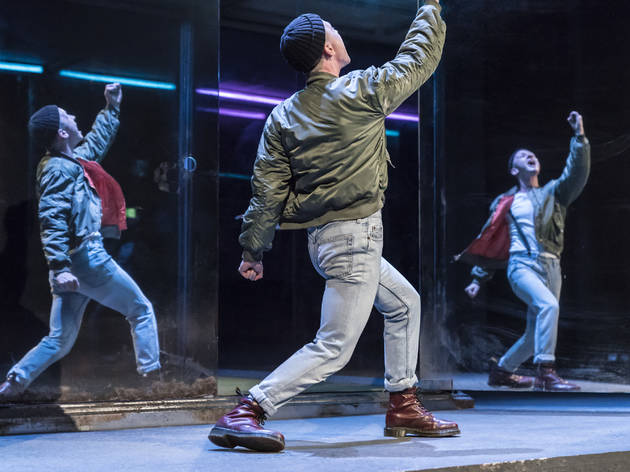 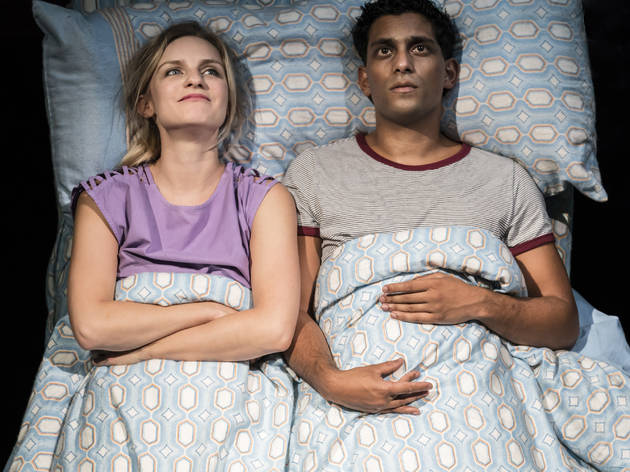 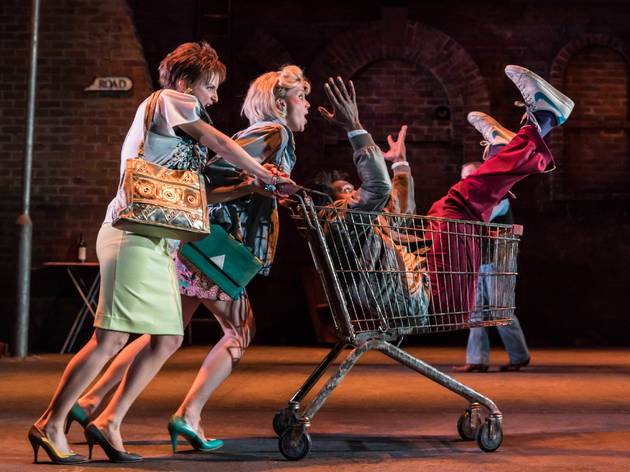 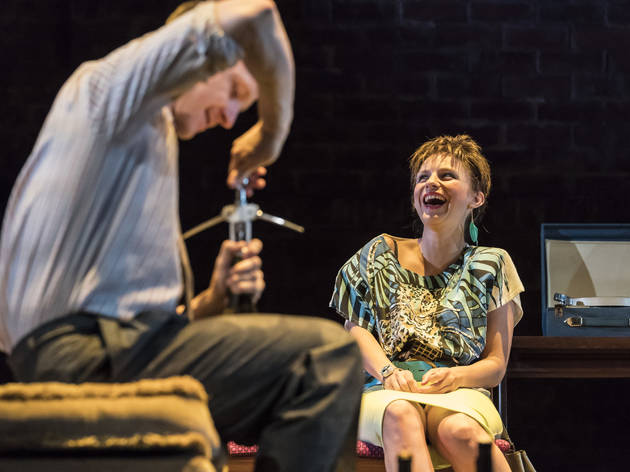 New writing mecca the Royal Court hardly ever revives old plays - so it's always worth paying attention when it does.

Jim Cartwright's 'Road' is one of the touchstone plays of the '80s, a sprawling, vibrant, funny, tragic tribute to working class (night)life that sprang out of the then 27-year-old's imagination fully-formed, one of the all time great Court debuts.

Whether because of its success, its northernness, or the iconic promenade staging of the original production, it's not been revived in London since (though it's a frequentish sight in northern theatres).

Fitting it into his schedule in between 'Harry Potter and the Cursed Child' and the National Theatre's ‘Pinocchio' musical, super-director John Tiffany shows that success hasn't sent him soft. He wades in with a tough, sinewy production, full of the rude vitality, rough poetry and devastating loneliness of Cartwright's wild writing.

The titular thoroughfare runs through the centre of a non-specific northern town. The dialogue is Lancastrian, but anybody who grew up outside of Knightsbridge should see something familiar in this sort of place, deprived and damaged but gripped by a frenzy of life on a Saturday night, not all of it savoury.

Our guide is Scullery, played with a fine mix of cheeky chappie charm and opportunistic menace by the poet and performer Lemn Sissay.

At first it's as you might expect: lairy young folk out on the piss, puffed up with Northern swagger and the indestructibility of being young on a Saturday night.

But the young Cartwright's great gift was to articulate not just the blowsy, boozy banter, but the damage that it masked in Thatcher's north. So we see the dark side of the drink - best exemplified by the tragicomic scene in which an older woman tried to screw a paralytic squaddie, but ends up weeping for him. But there's also the lonely old people, left alone and apart from the jollity, shut out from the world. And there's the young people - notably Shane Zaza's Joey - who have lapsed into depression, unable to drink to forget their situation, ashamed of their lack of prospects.

I guess in a sense Tiffany's main task was to avoid making ‘Road’ either feel like a period piece or come off as a twinkly-eyed ‘celebration’ that turns these people into zoo exhibits. He succeeds via a stripped back, gutpunch, end-on production that's shrouded in semi-gloom, its only flourishes the bursts of Manchester pop songs that mark the scene changes and a huge perspex box that rises from Chloe Lamford’s set, eerily framing key scenes. This 'Road' is street-smart, a tale of resilience against impossible odds.

Is it a play for the age of austerity? Undoubtedly so, and if there's obviously no talk of Brexit or zero hour contracts, it feels entirely implicit. This could be your hometown, today. Perhaps it's not been revived in London for so long because it has a different context here to Manchester or Bolton. But for me the sentiment feels broader, a reminder of the roads like this in my own Midlands hometown, and that it’s our loss if we forget them. 'Road' runs through all of us, I hope.