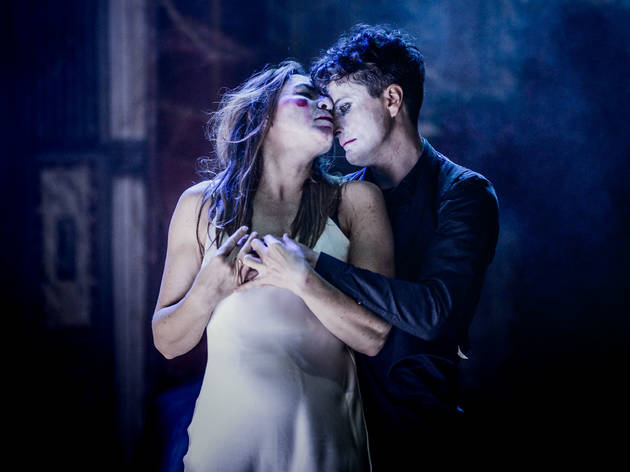 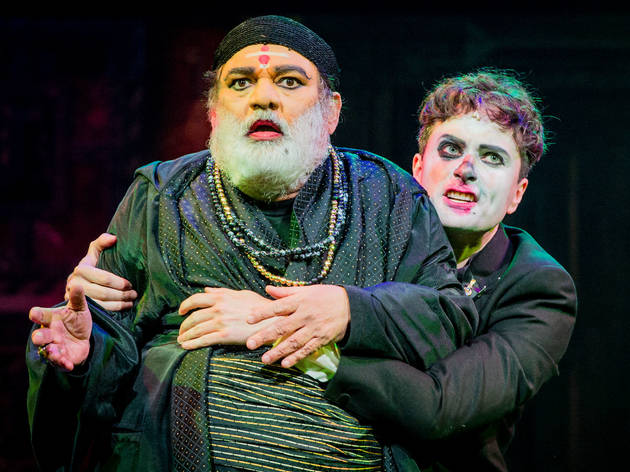 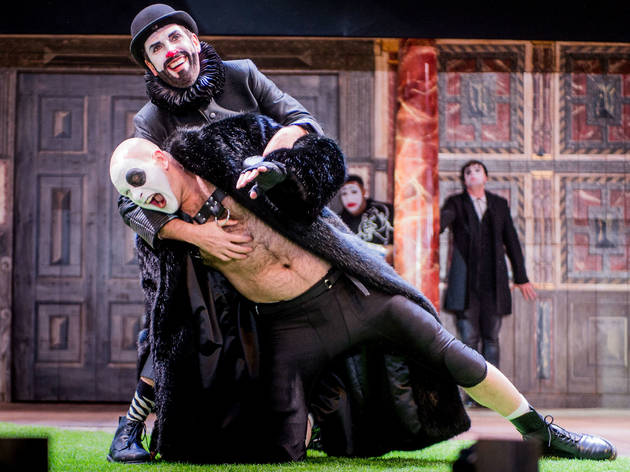 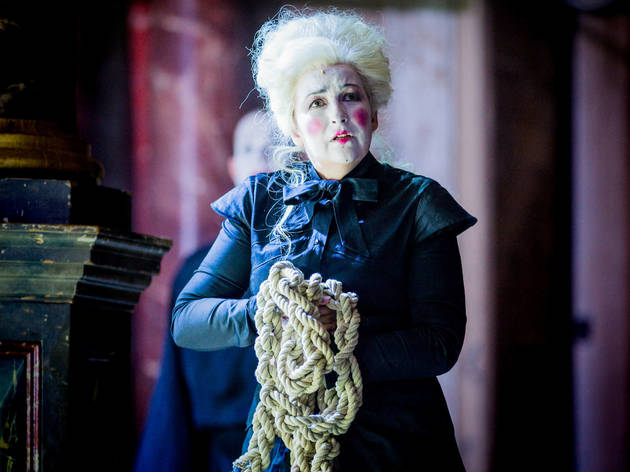 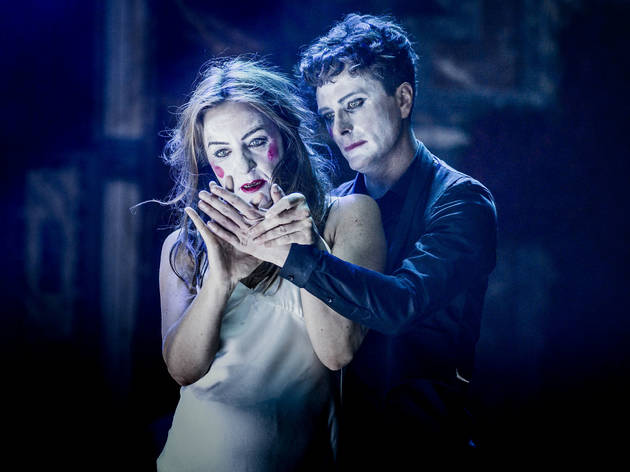 You would have to have been exiled to Verona to be unaware of the Globe’s recent troubles, wherein its artistic director Emma Rice – who only started last year – has been forced out by the theatre’s board, who objected to her penchant for using electric lights and amplified sound in the replica Elizabethan theatre.

She was, however, allowed one more outdoor season, and it’s hard not to gleefully fantasise that its opener ‘Romeo and Juliet’ – directed by new ENO boss Daniel Kramer – as one almighty fuck you to the board. I doubt Rice would be so petty, but clearly this show embodies everything that freaked the board out. It’s hard to quite imagine which bit they’d like the least, though I’d probably put a flutter on the Capulet ball scene, in which the outlandishly dressed cast – Capulet Snr is wearing an amazing dinosaur costume – launch into a very, very amplified rendition of ‘YMCA’ underneath a gigantic glitterball.

Kramer has rendered Shakespeare’s passionate love story as a sort of savagely ironic vaudeville, in which a cast of white-faced grotesques – many notably older than the usual casting – enact the Bard’s tale of star-crossed lovers with a sort of surreal, vicious sarcasm.

It is punk as fuck and often very funny, bristling with energy and clever, witty little ideas (the actor playing the Capulets’ dog, for starters), even if there is the sense that Kramer is as concerned with trolling us as moving us.

Edward Hogg’s sulky emo Romeo is all gothy fringe and exaggerated Kevin the Teenager mannerisms. But rescuing things from total arched-eyebrow overload is Kirsty Bushell, wonderful as a loud, awkward, oversharing Juliet. She’s funny, but also brings a raw, unvarnished emotional heft, a wholesome gawkiness that stands out from the outright weirdness that surrounds her.

It’s surely destined to be divisive, and even its admirers will concede it’s a bit emotionally distant. But Kramer subtly ramps down the weirdness in the second half, and dammit if that final death scene didn’t get me misty-eyed, the show’s berserk energies grounding themselves in an intense pulse of pure, clear tragedy.