Kids
Recommended
4 out of 5 stars 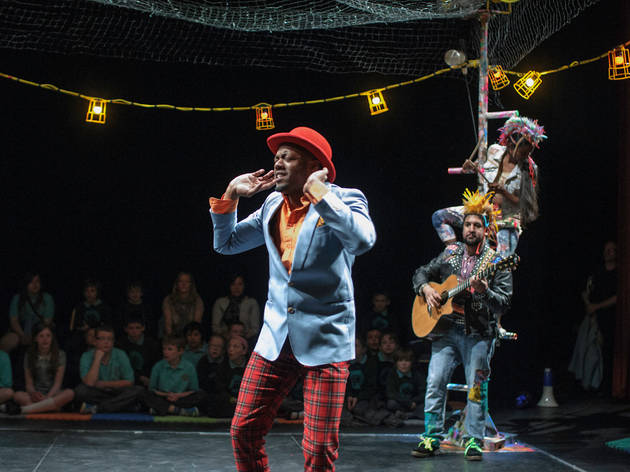 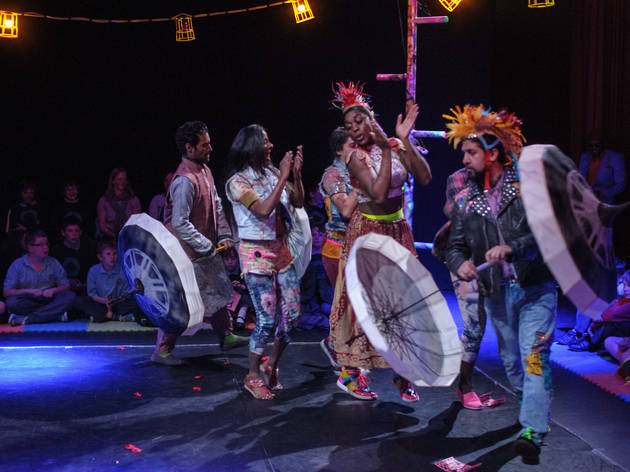 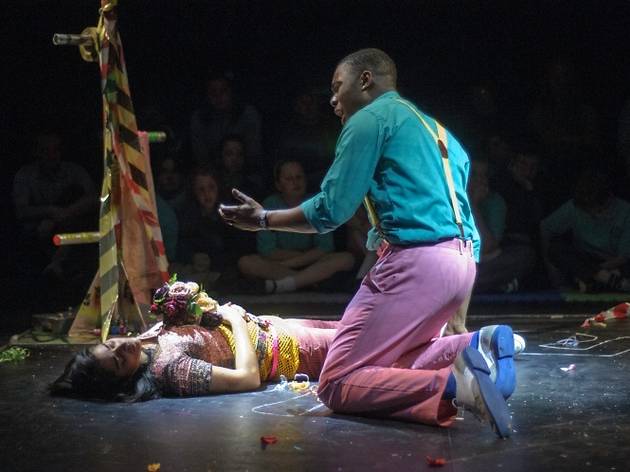 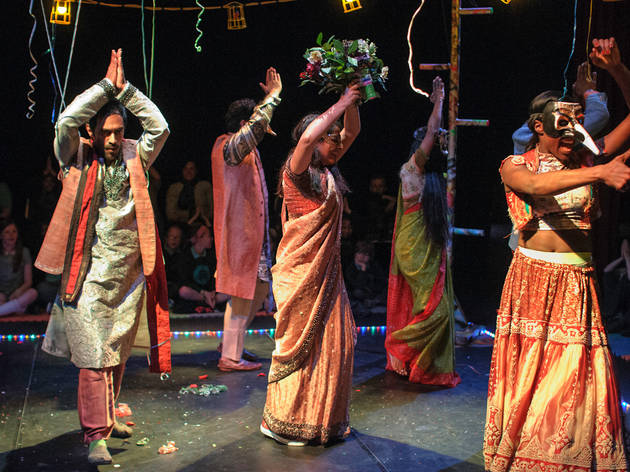 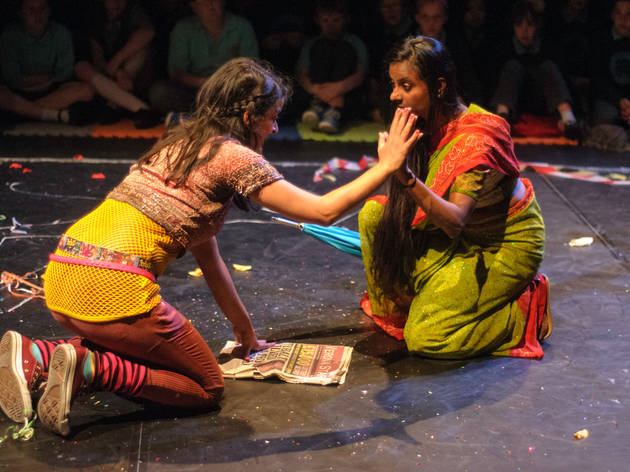 Director Bijan Sheibani is not afraid to lob everything at his hugely stylised productions, an approach that has made for a memorable if varied career at the National Theatre, merrily bouncing from triumph (‘Our Class’, ‘The Kitchen’) to disaster (‘Greenland’, ‘Damned By Despair’) with no inbetween.

But this hour-long young person’s version of Shakespeare’s great romantic tragedy falls squarely into the ‘triumph’ box, a stripped down touring production that’s still so audaciously visual as to keep young audiences hooked even if blank verse isn’t their thing.

That shouldn’t be an issue: heavily but smartly trimmed by Ben Power, Shakespeare’s language is used relatively sparingly, but delivered with great lucidity by a cast that has spent months performing the show to schoolkids and studiously taken feedback on clarity.

Condensed into an hour, it’s a blur of colourful costumes as daydreamer Romeo (Tendayi Jembere) and his DayGlo gangster Montagues square off against perky Juliet (Natalie Dew) and her Capulets, who seem to be rocking a line in sci-fi saris. As these super sweet, star cross’d lovers meet, Sheibani keeps things light and charming for the masked ball scene, with showers of glitter descending from the roof and Ashley Chin’s ice cool Mercutio encouraging the young audience to help dozy Romeo out with his dance moves. But the production is zippy enough that the pitch into tragedy doesn’t feel forced, the pair’s joyride romance inevitably screeching off the road.

Low on nuance and high on thrills, this isn’t so much ‘Romeo and Juliet’ sanitised for kids as super-charged for them. It’s tremendous fun, and bodes very well for Sheibani’s stewardship of the NT’s Christmas show, ‘Emil and the Detectives’ – though parents should definitely be mindful of the eight-and-above age advice.