The Royal Court will reopen November 12 with ‘Living Newspaper’.

London's premiere new writing theatre, the Royal Court made its name in the 1950s when it was synonymous with kitchen sink dramas and the Angry Young Men, and has scarcely looked back (in anger) since.

The commercially successful reign of Dominic Cooke was famously marked by his stated mission to acknowledge the nature of the Sloane Square theatre's audience and 'explore what it means to be middle class'. The quote probably came back to haunt him, coming to define a reign that was marked by lots of new writing from BAME playwrights, plus such towering West End transfer successes as 'Enron' and the peerless 'Jerusalem'.

Current Royal Court artistic director Vicky Featherstone has taken the theatre down a much more experimental route that occasionally baffles but frequently thrills, while still managing to score the odd transfer smash via older associates of the theatre: Jez Butterworth’s ‘The Ferryman’ was a monster of a hit. She has also taken something of a leadership role in the London theatre community in the #MeToo era, being the driving force behind a new code of behavious designed to challenge abuse of power within the theatre community.

There are two venues, the tiny Upstairs and large Downstairs, plus a welcoming bar kitchen that's a fabulous place to visit for a gander at the cream of London's playwrights and creatives, who inexorably drift through throughout the day. 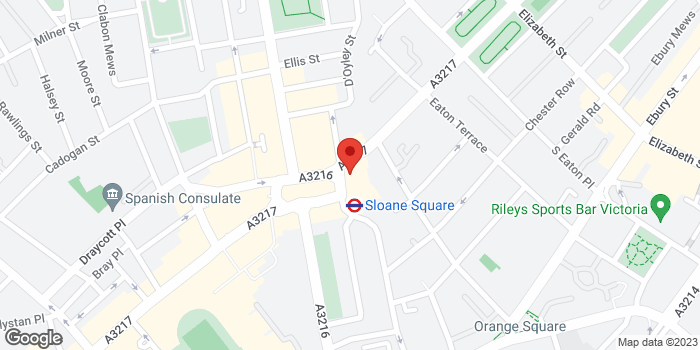 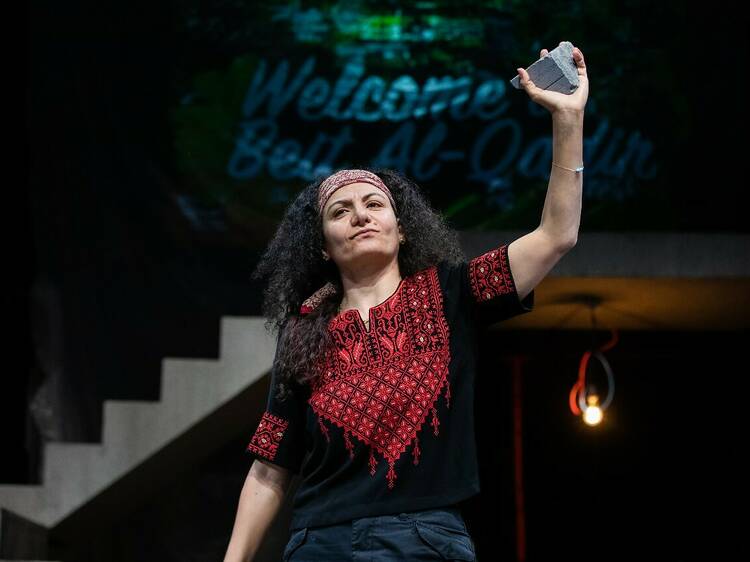 That it’s difficult to write anything constructive or original about the Israel-Palestine conflict is pretty much the starting point for Sami Ibrahim’s tortured comedy, which finds itself caught between sincerity, satire and abject self-consciousness. The title alludes to a Palestinian husband and wife: crafty, fiery, somewhat egotistical Reem (Hala Omran) and affable, bumbling Sayeed (Miltos Yerolemou) do indeed love to go dogging (if you don’t know what it is, look it up somewhere private) on a patch of contested land near Jerusalem. Oh, it’s also the year 2043, and a zombified Benjamin Netanyahu is in charge of Israel (again). It’s a strange play, that sort of sets itself up to be an iconoclastic alternative to standard serious narratives about Palestine, but ultimately comes across as pretty much that that, but with a lot of tangents, window dressing and moments of self-consciousness thrown in (it both starts and ends with characters reading out a note from the writer in which he tries to explain himself to the audience).  Formally Omar Elerian’s production is full of mischief, from the dogging and the future setting to the many short ‘chapters’ it’s broken down into that are announced by the cast each time, and the liberal fourth wall breaking. But really the heart of it lies in an exploration of the killing of Israeli soldier Sara by Reem and Sayeed’s son Jawad (Luca Kamleh Chapman) - its consequences, his reasons, and the potential resolution that’s offered by Sara’s t 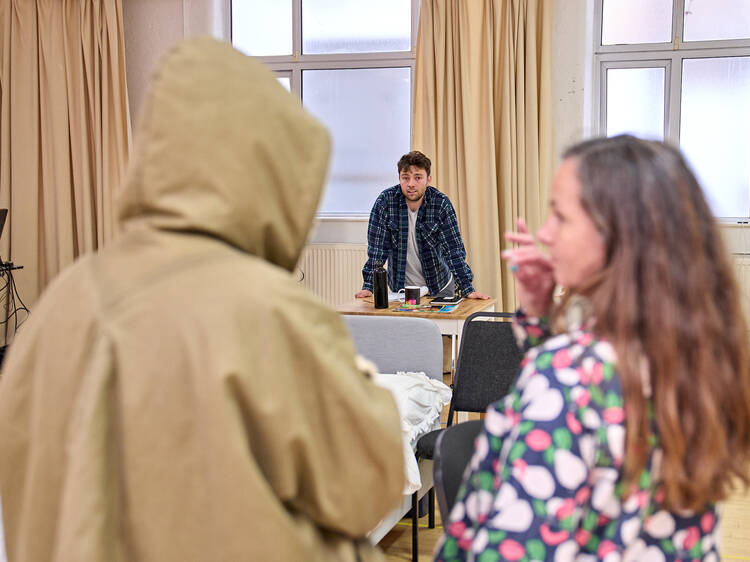 That Is Not Who I Am

This is a curious announcement from the Royal Court: its next main house show will be ‘That Is Not Who I Am’, a thriller about stolen online identities from the unknown Dave Davidson, allegedly a first-time playwright who has ‘worked in security’ for the last 38 years and refuses to share any photographs of himself for security reasons (though playwrights Simon Stephens and Dennis Kelly have vouched for him in the accompanying press release). The play follows Ollie, whose life spirals explosively out of control after his identity is stolen. It’s directed by Lucy Morrison, with all other cast and creative roles tbc. It’s all very curious, and hard to exactly take at face value.