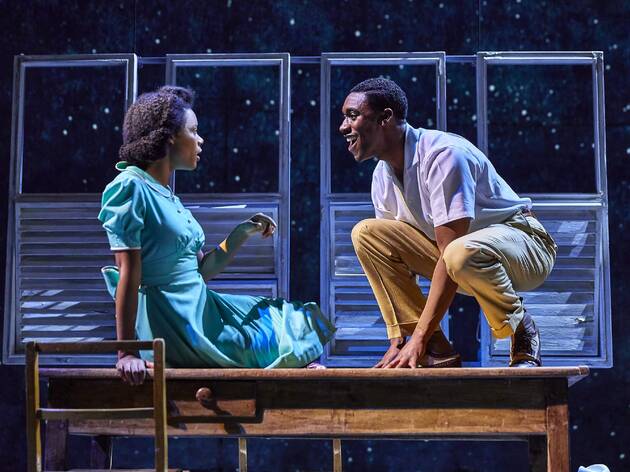 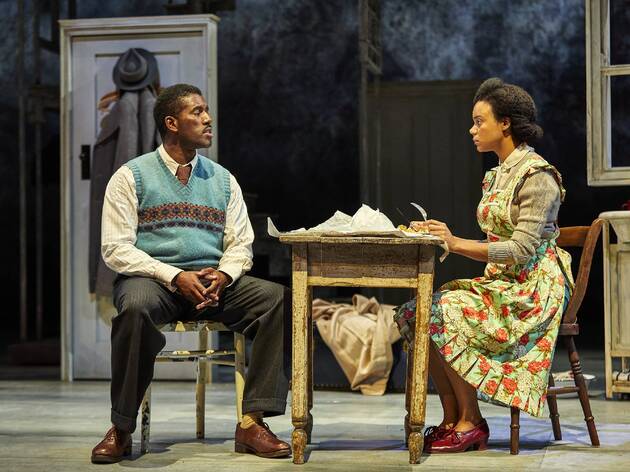 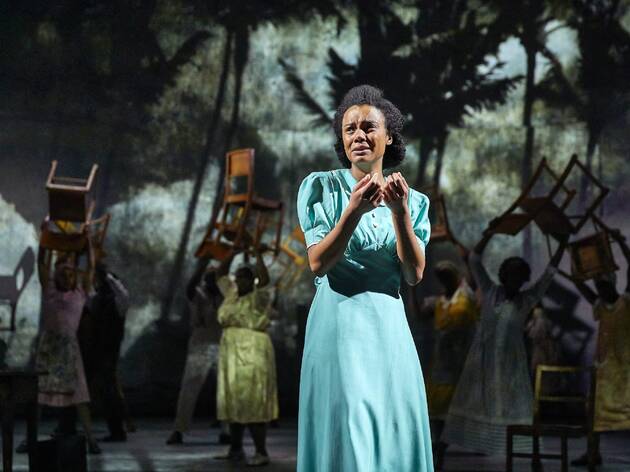 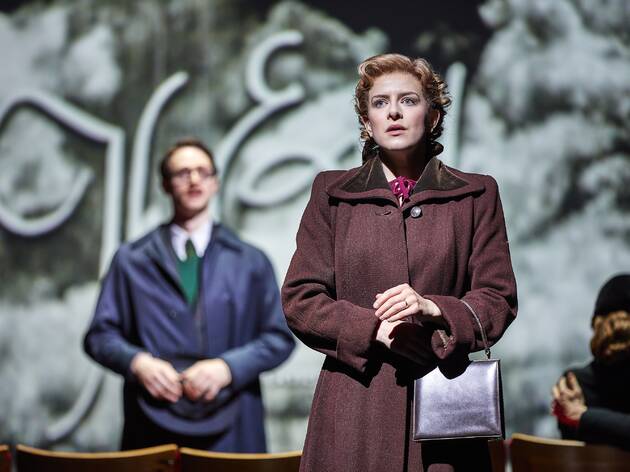 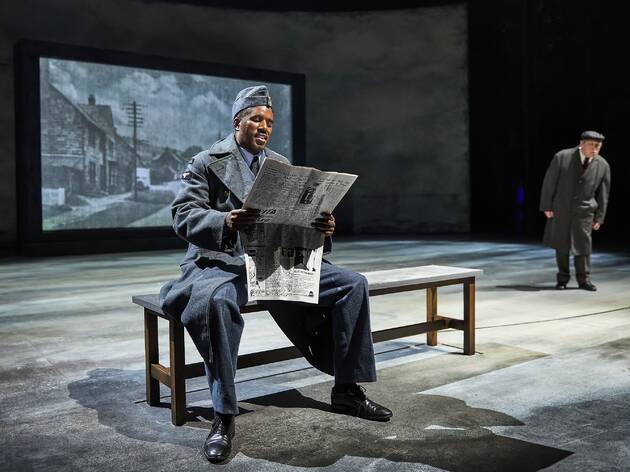 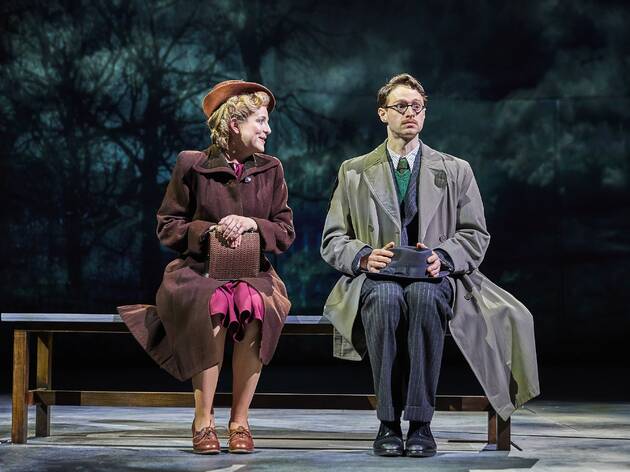 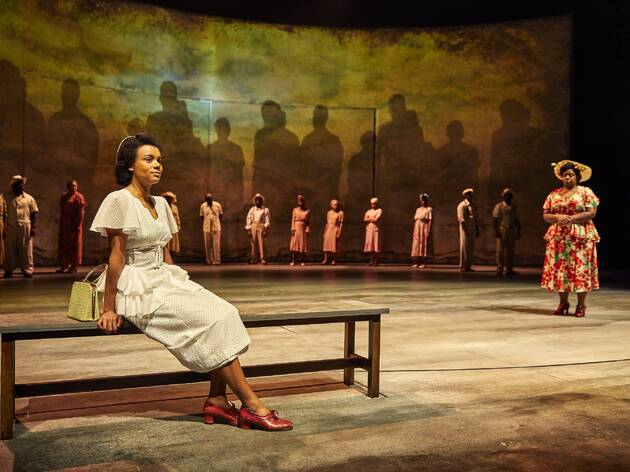 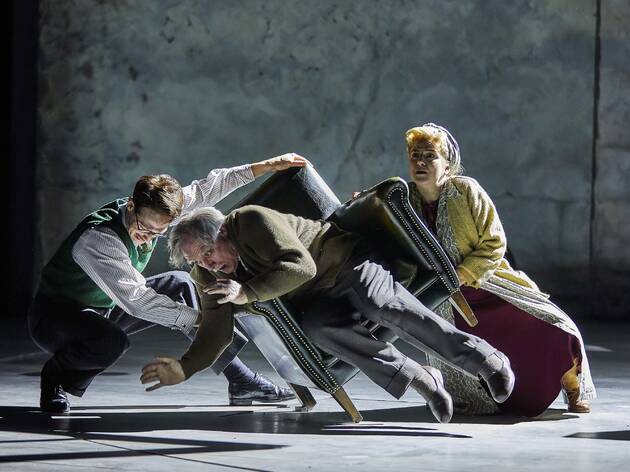 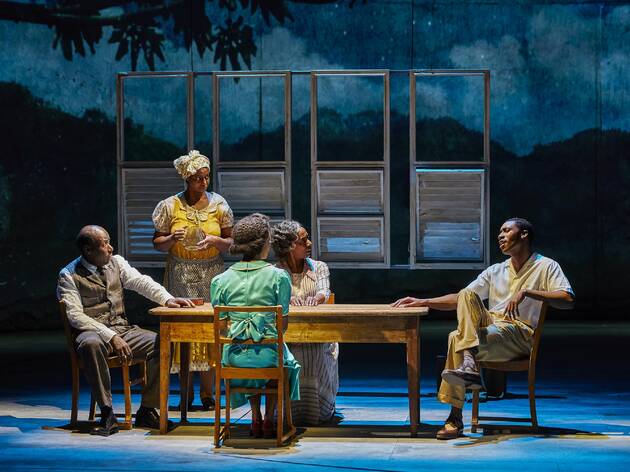 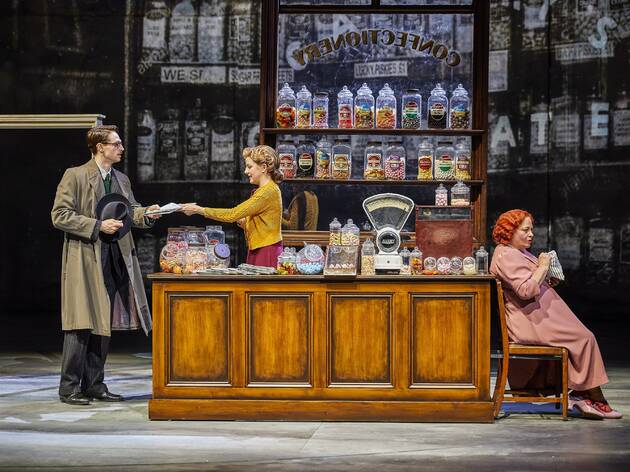 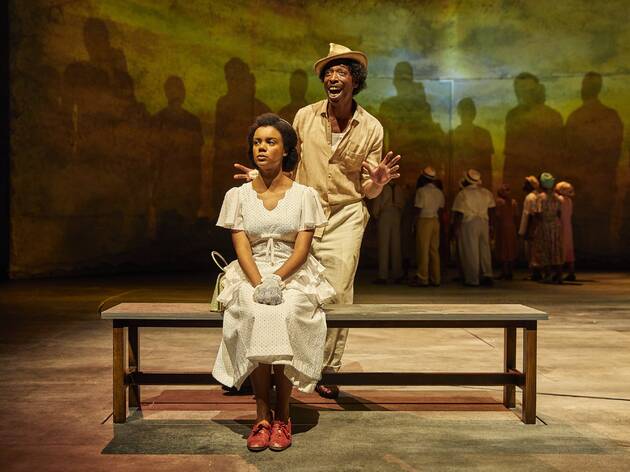 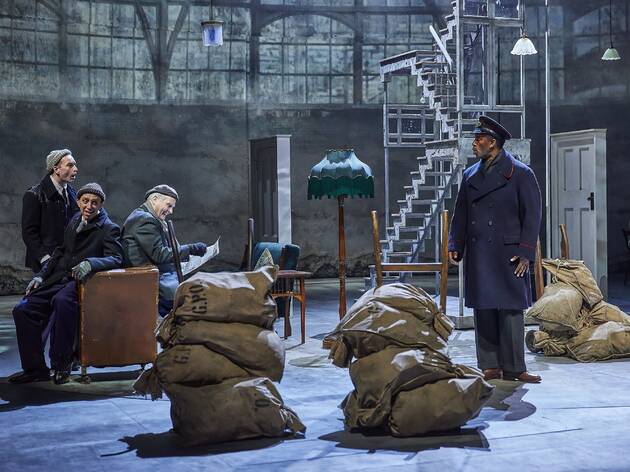 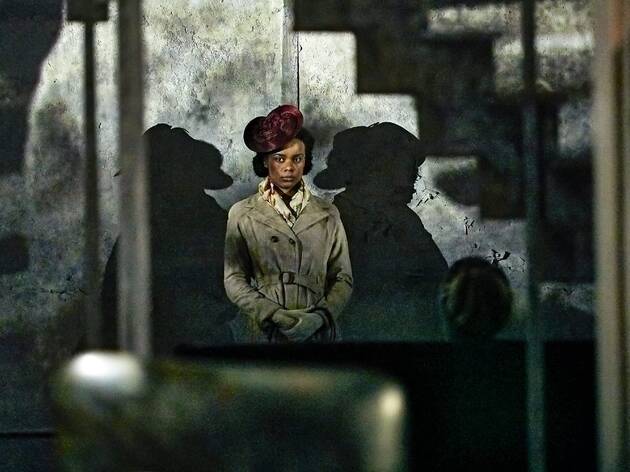 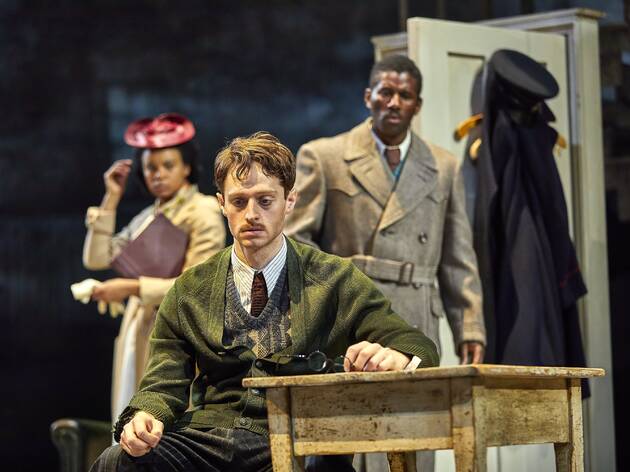 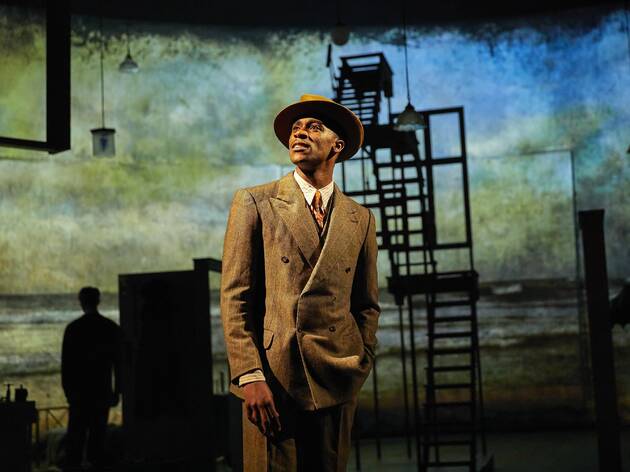 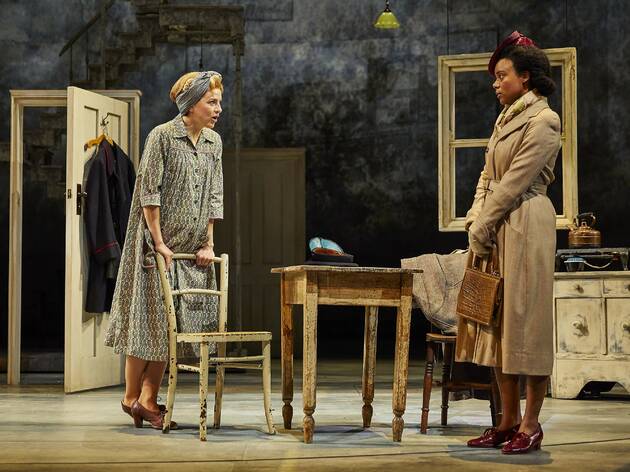 There have been times during Rufus Norris’s tenure in charge of the National Theatre when the prospect of him finding a decent new play to run in the huge Olivier theatre has seemed as distant a prospect as him inventing faster-than-light travel. And then along comes something like ‘Small Island’, Helen Edmundson’s Norris-directed adaptation of the late Andrea Levy’s modern classic novel about Jamaica’s Windrush generation.

It is big, slick, pacy, and above all confident entertainment, designed to be gripping and accessible and entirely succeeding. An enormous amount of time and effort – not to mention money – has gone into ‘Small Island’. But it feels effortless.

It begins in ‘40s Jamaica, literally in the middle of a hurricane. Hortense (Leah Harvey) is a young schoolteacher who takes this stormy interlude as an opportunity to share her story with us. We leap back to her childhood, as she’s sent away to live with a wealthier family and becomes friends with their indulged son Michael (CJ Beckford). Just as it looks like ‘Small Island’ about to bloom into an epic romance about the two of them… things change, not least because of the intrusion of the Second World War, with Michael enlisting as an RAF pilot.

The scope expands massively: Hortense remains a key character, but we move to pre-war Lincoln to meet Aisling Loftus’s irrepressible Queenie, a white English woman who ends up moving to London, then impulsively marrying Andrew Rothney’s uptight, racist Bernard, who eventually disappears in the war. Desperately to maintain her independence, the broadminded (by the standards of the day) Queenie takes in black lodgers after the war. Amongst them is Gershwyn Eustache Jnr’s supremely loveable Gilbert, another Jamaican who crossed paths with Queenie during the war, then returned home and married the frosty Hortense, before returning to Britain –a drab and racist country that he has hopelessly idealised – via the Windrush.

It’s an historic epic that explores the arrival of the Windrush generation from both the perspective of the Windrushers and the first white people they lived with. It is very much about historical racism (and not-so-historical racism, too). It is also about historical sexism: Loftus’s Queenie seems to fit well with the Jamaican characters because she too shares an optimistic outlook on the nature of the world that is not met by the reality of Britain in 1948. She must use men to survive, not least the unlovable but deeply damaged Bernard.

It is also crucial to say that ‘Small Island’ is a big old entertaining melodrama, in which the four protagonists’ lives entwine and disengage in unexpected, sometimes profoundly ironic fashion. Tears are very much jerked.

There has been a bit of controversy around the fact that a great black British novel has been adapted by white creatives. I don’t necessarily think it’s my place to address that, other than to note that it is a thing. But certainly, it’s my understanding that Levy signed off both director and adaptor before she passed away, and it’s obvious why she would. Edmundson specialises in literary adaptations, and she does some supreme work compacting a sprawling book into a pacy three-hours-ten-minutes – a lot of detail gets the chop, but she has a knack for skilfully distilling story.

And master of spectacle Norris really is in his element here. The aesthetic that he and his team have opted for is a sort of megabucks poor theatre: the hurricane is suggested by members of the gargantuan cast spinning school chairs around the stage; when Gilbert boards the Windrush, we see his silhouette stepping into archive footage of the vessel projected on a giant screen (there is great use of archives throughout Jon Driscoll’s projections). You can smell the money, but it retains a DIY wiriness – it’s never actively flashy, and the leads’ performances are given room to breathe, especially Eustache Jnr and Loftus, both terrific.

Ultimately ‘Small Island’ is a ferociously entertaining three hours of theatre, told with the sort of overwhelming resources only the National can marshal. It’s the sort of show the Olivier was built for.