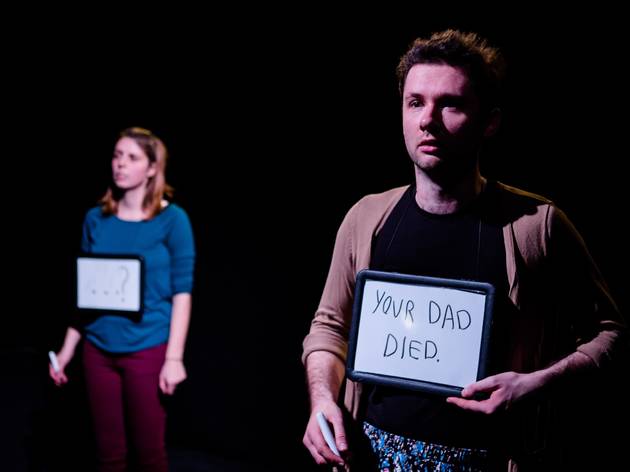 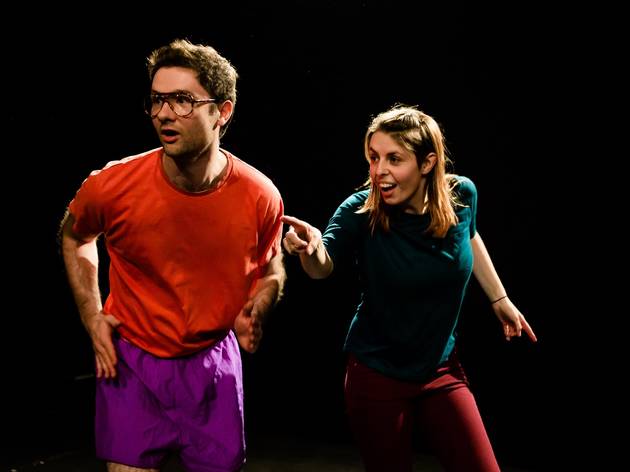 In this beautifully poignant piece from theatre company On The Run, Hannah Moss wants to tell us about her dad, but she isn’t going to use any words. ‘So It Goes’ relays Moss’s extraordinarily personal tale of loss, grief and coming to terms with death, through the medium of whiteboard.

Armed with little more than said board and a tight pair of running shorts, performers Moss and David Ralfe weave humour and makeshift charm into the story. When she was 17, Moss’s dad died and it took her six years before she began to talk about it. We meet Moss’s mum, played by Ralfe, her dad (a keen runner), again played by Ralfe, see how her mum felt increasingly lonely and what happened when Moss went to university to try to drown her grief in student booze.

It’s an exceptionally simple show, almost too short for its hour-long run time, but there’s so much delicacy and joy in the way the tale is told that it’s impossible not to love it. A silent Moss narrates by writing lines onto her whiteboard, which directs Ralfe into his next role. The two construct makeshift beach scenes out of cartoon set boards, and the subtle soundscapes are very evocative. But it’s the moments of silence that really take hold. Moss’s inability to talk in the face of her grief, is palpable. The silence hangs heavy, much like the absence she presumably feels.

Yet this energetic, carefully paced production is anything but sad. It will make you weep a little, but its warmth and humour transcend the tears.