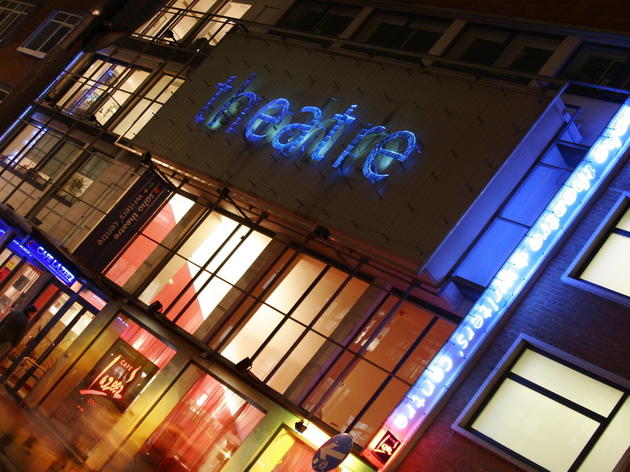 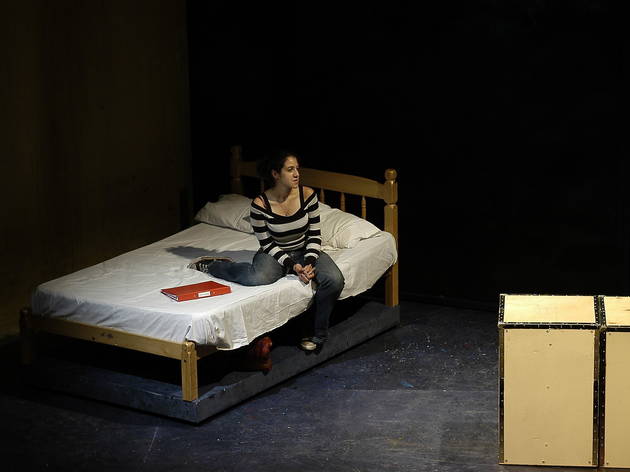 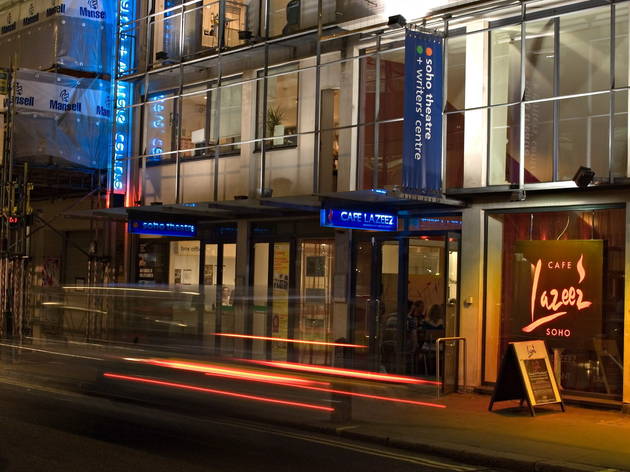 Its cool blue neon lights, front-of-house café and occasional late-night shows may blend it into the Soho landscape, but since taking up residence on Dean Street in 2000 Soho Theatre has made quite a name for itself.

Across three studio spaces, it puts on an eclectic line-up of work from some of the biggest names in comedy, spoken word, and cabaret, and hosts at least six different shows a night. If ever there were a place in London to get a year-round taste of the Edinburgh Fringe it's here, with its eclectic programming, late shows and ever-buzzing bar. Just don't expect to find deep-fried haggis on the menu - teas, coffees, and wine are the order of the day at Soho Theatre's chic cafe/bar, which is reliably packed out after 6pm.

It has to be said that Soho excels in almost every area apart from the production of good in-house theatre shows, something it's consistently struggled with (though it has many fine co-productions). But this barely impacts on anybody's good time, and it's hard to hold it against the most fun theatre in central London.

Brilliant, lively venue that, as described, has a permanent Edinburgh fringe feel. They have a year round fantastic lineup of entertainment and basically acts as the home of comedy in London. Additionally, you can typically find the acts (and associated comedy friends) in the bar after their gigs

Buzzing venue with a great line up of comedians and often cheap tickets! Make sure to grab a drink in the bar pre- or post-show. If you are ever stuck for something to do, check out what they have on!

Great venue with packed line-up of comedy and standup across several spaces. Also a buzzing bar which is unpretentious and fun.

Soho theater is a great venue in the heart of London. Offering a selection of theater and comedy, this venue is always buzzing when I visit. They have a decent bar downstairs which also serves food. I have been to two different theaters but I think there is at least one more! Shows tend to be a little shorter than the usual west end fair, and staggered start times means you can either have an early night or time for dinner beforehand - always appreciated after a long day at work.

It's a brilliant theatre not advertised enough

An eclectic programme makes for a visit to this venue well worth it. A mixture of comedy, theatre, dance and music on any given night of the week. Good value for money too. The bar is basic but serves your needs for pre-performance drinks and you can even take your drinks inside which is great. Highly recommended!

Small, intimate little venue. The service at the bar needs a lot of work and until that improves, I’d advise drinking somewhere else beforehand but other than that it was alright, good place to see comics trying out new material. We saw Paul Chowdhury who was pretty freaking good!

This is a brilliant central theatre right in the heart of soho. Surrounded by bars and restaurants, the theatre is great at selecting and showing new theatre and comedy. The theatre is open to all, with a relatively young audience and accessible prices. Definitely worth a visit!

Just a minute or two off Shaftesbury Avenue , yet the theatregoing experience is so different here. I love this place. The bar is worth a visit all on its own. The performances and spaces are varied. I have seen everything from the bonkers Rubber Bandits downstairs to some pretty cool theatre and comedy in spaces upstairs. I wish London had more places like this right in the heart of town.

watched Barbarians (technically not in Soho Theatre but produced in conjunction with them at a nearby offsite) which blew my mind. The passion and the realism of the whole experience really drew me in and did not feel at all like the 2.5 hours it lasted for. One of the few semi-immersive experiences where the audience moved along in different settings, and each one had a purpose.

The actors were stand out and casting for them was amazing. Definitely another standout performance from the tooting arts club!

Right in the heart of Soho with nice eating and drinking establishments nearby, there is always a good show on here without the prices of larger venues - I love it.