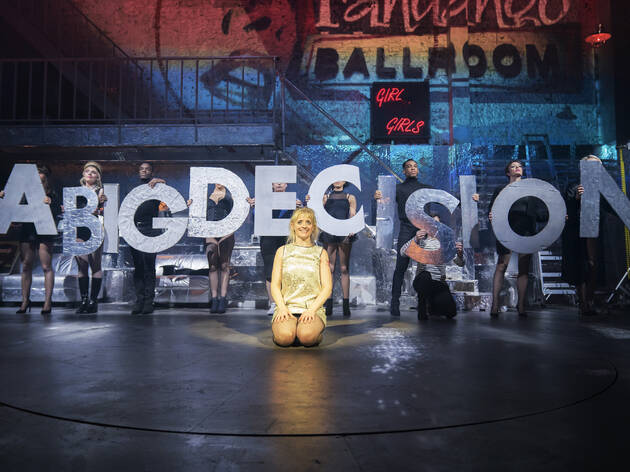 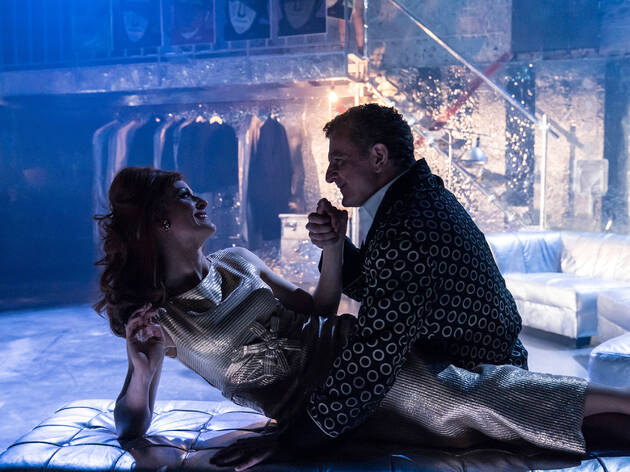 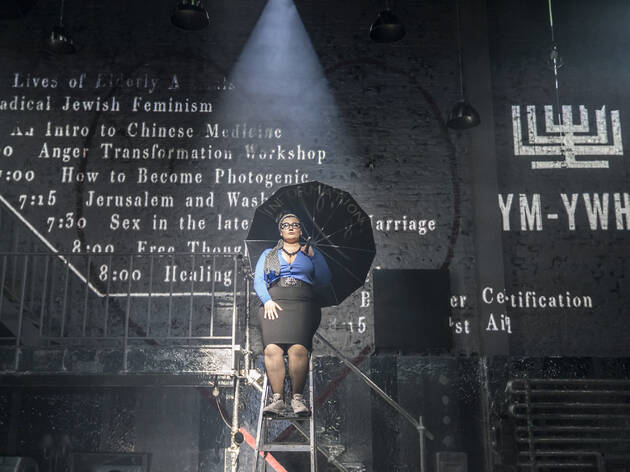 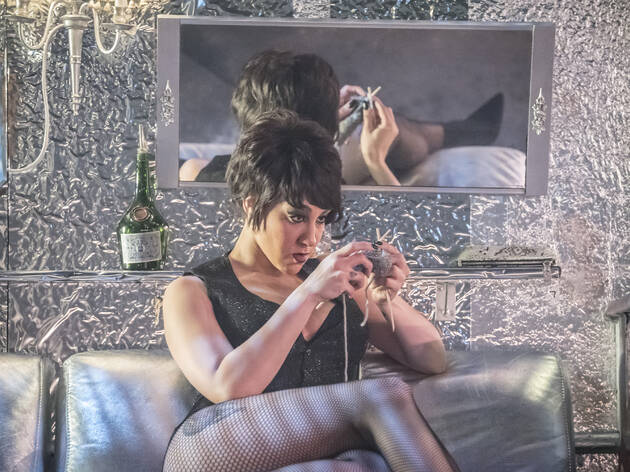 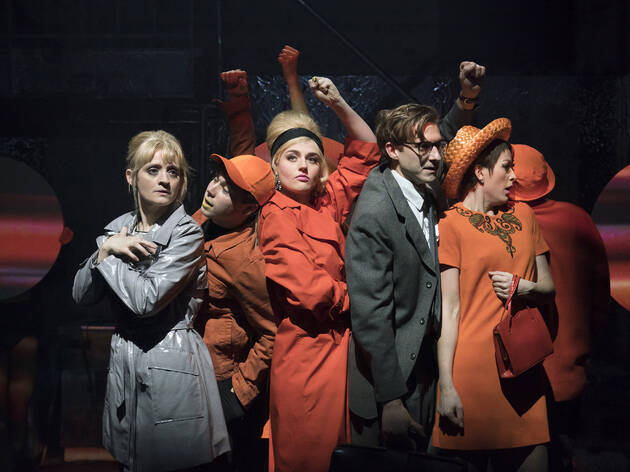 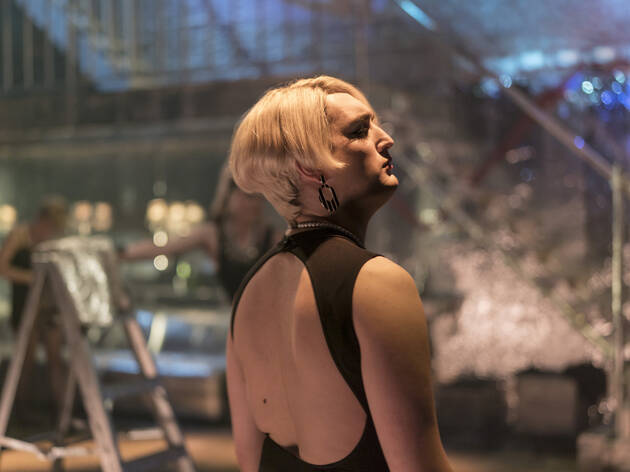 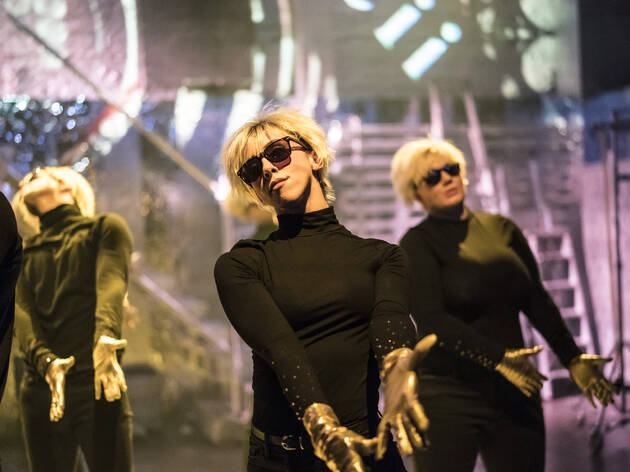 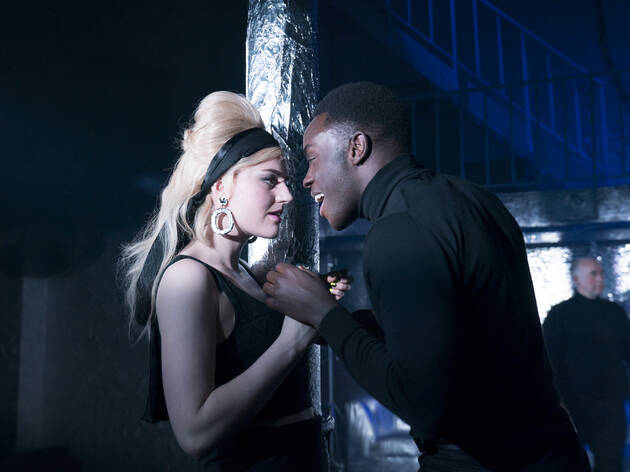 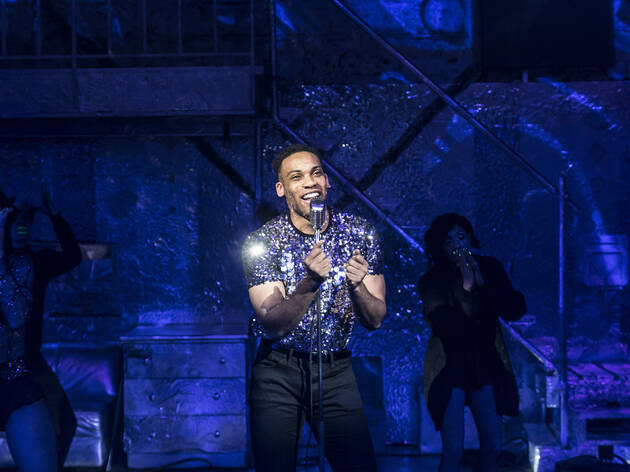 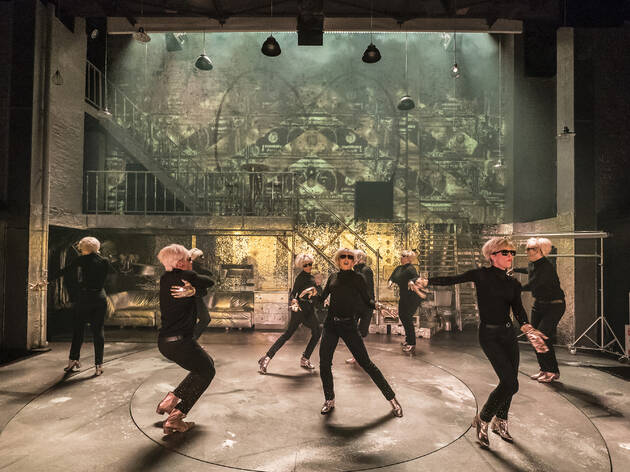 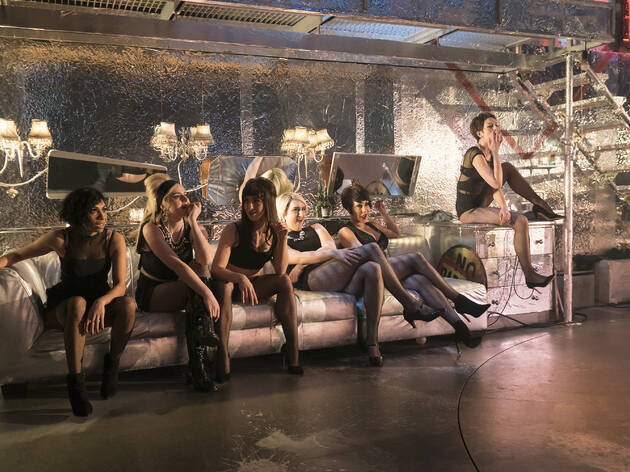 Josie Rourke bows out at the Donmar with this Andy Warhol-styled take on the classic musical, starring an ebullient Anne-Marie Duff

If the Donmar Warehouse still has a kitchen sink, it is safe to assume that it’s only because outgoing artistic director Josie Rourke was physically barred from chucking it at her gloriously maximalist production of the classic musical ‘Sweet Charity’. This is her last show at central London’s most bijou theatre, and if any hapless bean counter tried to stop her spending whatever the hell it cost to give all the programmes embossed silver plastic covers, then let me tell you: they failed.

Her take on Cy Coleman, Neil Simon and Dorothy Fields’s 1966 hit about unlucky-in-love nightclub hostess Charity Hope Valentine is bursting with ideas. Some of them are brilliant, some of them are clearly taking the piss, and I suspect there will be plenty of purists horrified by the Andy Warhol’s Factory-style makeover she and designer Robert Jones have given a show more associated with a ‘classic’ Manhattan aesthetic.

But I thought it was a hoot: really, any show that starts with Anne-Marie Duff being shoved into a giant ball pool is going to be worth your time on some level.

Styled in a silver mini dress and with a definite Edie Sedgwick vibe, Duff looks both beautiful and beautifully battered as the irrepressible Charity. Her megawatt grin is almost permanently in place, and it doesn’t ever feel like it’s forced: she gives the sense that Charity is genuinely passionate about life, something that protects her – emotionally at least – from the slings and arrows of the outrageous douchebags who she becomes romantically entangled with. Duff’s throaty singing voice isn’t spectacular, technically, but it has a lot of heart.

Like many classic musicals, the plot – a watered down Fellini rewrite – is pretty light, being essentially a catalogue of its heroine’s failed encounters with a series of eccentric men. Rourke’s trippy production has an ‘Odyssey’-like quality, as Charity journeys around a strange nocturnal New York, dominated by powerful, wisecracking women and deeply odd men. For all the bustling camaraderie between the girls, the Fandango where Charity works has an infernal air, underscored by a harsh, almost funereal rendition of famous number ‘Hey Big Spender’; later on her trip she will visit a miniature neon Coney Island. And in the most delightfully WTF scene, a silver-T-shirted Adrian Lester cameos as cult leader Daddy Brubeck, who sings a single song, ’The Rhythm of Life’, while clutching a spliff the size of a baguette. (NB a rotating series of actors – including Le Gateau Chocolat and Beverley Knight – are playing this role. Lester is doing it ’til April 27 and was a marvel).

Repurposing the Donmar’s bar as a performance space for a ten-piece-band, Rourke has clearly Gone Big, but at the same time the whole thing is possessed with the sense of irreverence, and indeed fun, that has defined her tenure. And let me tell you, fun – which is compatible with depth – is often sorely underrated in the theatre world. Some people will hate the Warhol thing: I thought it was funny and rather smart (it’s actually entirely period-accurate for a show set in NYC 1966). Maybe it is a touch superficial in musical terms: I kept wistfully imagining a Velvet Underground-style drone rock reimagining of the entire soundtrack. Maybe that’s one for Rourke’s next adventure – right now, her work here is done.

Between Apr 19 and May 31, all Friday tickets will be free, allocated by ballot to those aged 25 and under. You can enter at www.donmarwarehouse.com.